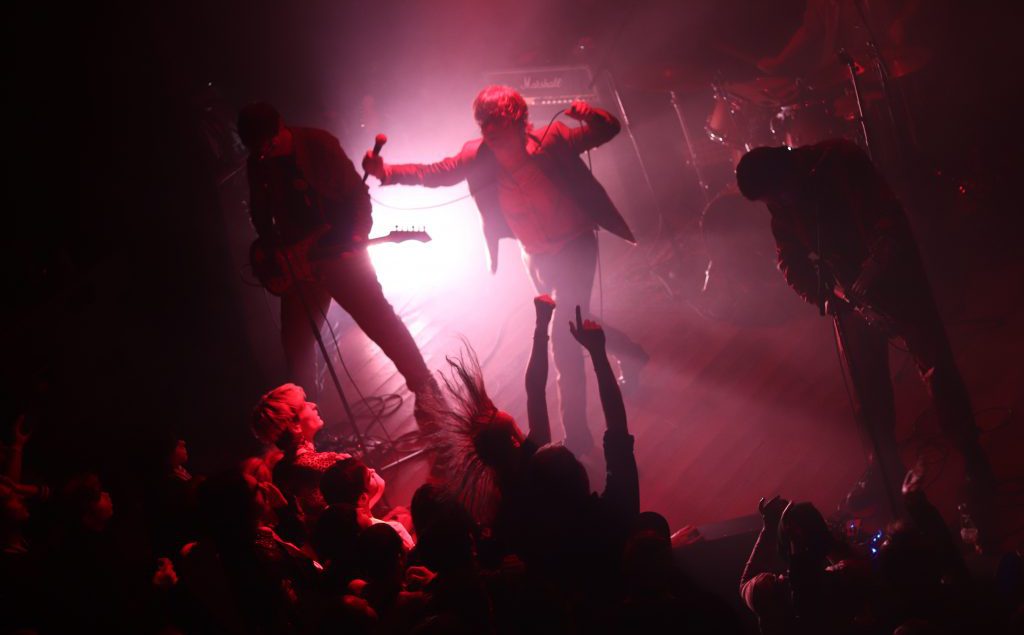 As frontman Elias Bender Rønnenfelt gazed into the pit, commanding the audience’s attention, the crowd acted like dogs held on leashes during Iceage’s first few songs. Then the band launched into the percussive, chicken-scratch intro to “The Lord’s Favorite,” the tension broke and the audience exploded. Girls with dyed hair and chain necklaces, dudes with rainbow mohawks and dads in button-downs cashing in on their ‘80s punk nostalgia became one while the band glided through their country-inspired hit from 2014’s Plowing Into the Field of Love.

The line between the crowd and the stage became increasingly blurry as Rønnenfelt brought his head inches from the faces of audience members. Iceage tore down the fourth wall, so much so that the microphone cord even caught around people’s necks, roping them into the performance.

Rønnenfelt and bandmates Jakob Tvilling Pless, Dan Kjær Nielsen and Johan Surrballe Wieth tore through fan-favorites from the group’s critically acclaimed 2018 album Beyondless, such as “Hurrah” and “Plead the Fifth.”

On the growling “Pain Killer,” Rønnenfelt, donning a sweat-drenched shirt under a beige suit jacket, delivered a swaggering low-pitched slur. The song is pure rock ‘n’ roll—fast, heavy and driven by a distorted guitar riff. The only thing missing at Lincoln Hall was the horn section that typically completes the song with pop gloss. Sky Ferreira, who sings on the recorded version of the track, bobbed her head in the audience.

Iceage ended with “Catch it,” a tense slow-burner that picks up at the end but left the crowd craving more. (When the band exited the stage after a blunt “thank you,” and the house lights dismissed all hope of an encore, one audience member yelled out, “c’mon!”) 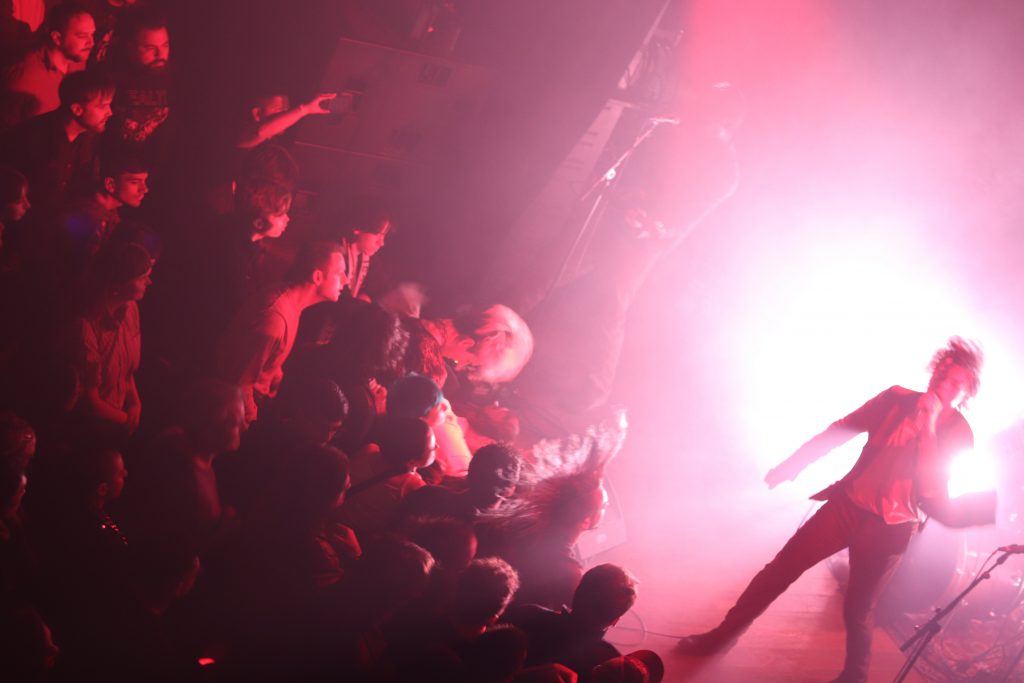 Frankly, Iceage is exactly what rock needs right now: a band that makes music for music fans—not commercialized leather-jacket punk. They’re edgy enough to draw a young crowd but accessible enough for your Clash-loving dad. They’re raucous enough to empower a mosh pit in the front but clean enough for an enjoyable show from the balcony. And they’re distinctive enough to spark critical interest but familiar enough to remind you of times when punk was prominent.