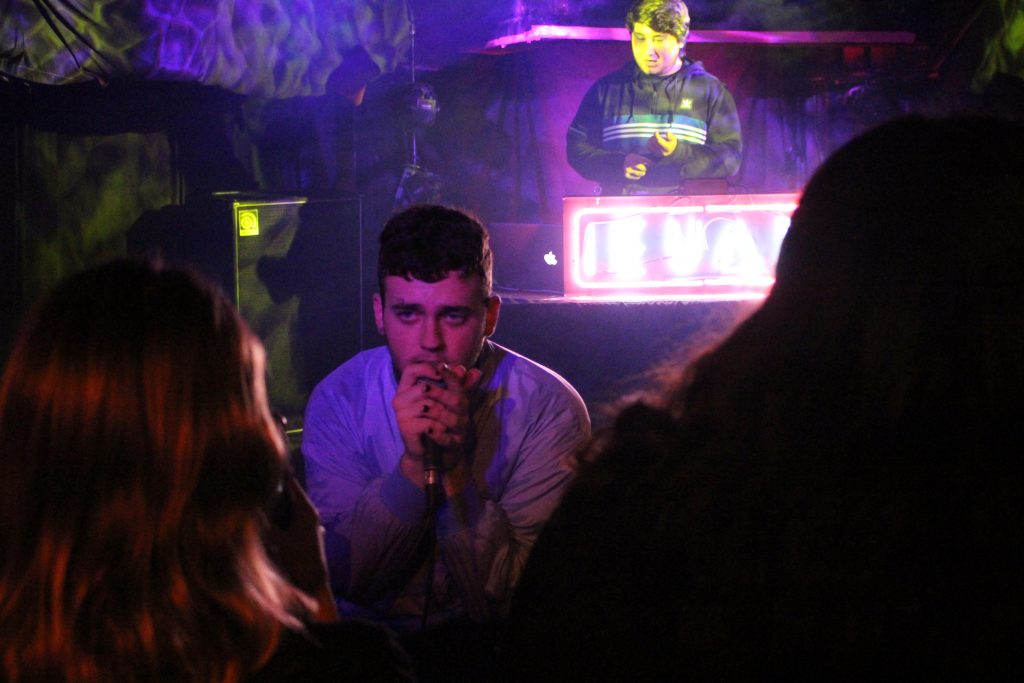 I was especially excited for up and coming artist Ieuan’s concert on Sunday. After mistakenly ubering all the way to the Elbo Room the day before thinking that was when the concert was, I texted Ieuan repeatedly to ensure I was going to the right place, at the right time, on the right day. I’ve been fortunate enough to know Ieuan for a few years now, so finally being able to see him perform was an amazing experience. As both a phenomenal singer and performer, Ieuan is the artist to keep your eye out for. 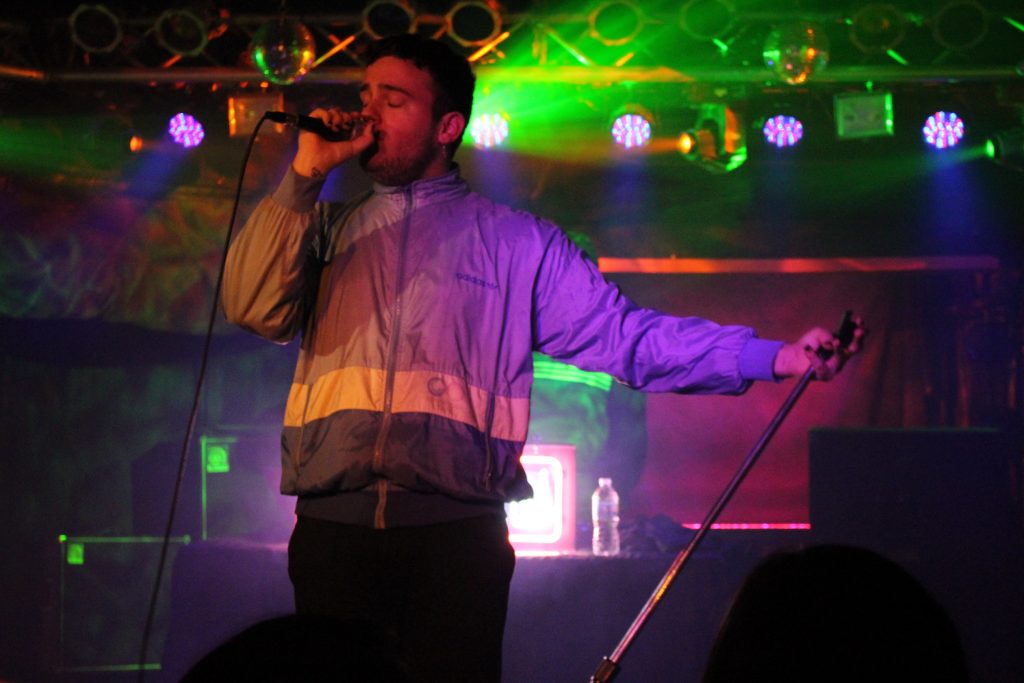 The Elbo Room is a small venue. The top floor is a bar, and the basement is where the concerts take place. I walked down, texting Ieuan and asking him where to meet. He responded, “Behind the black curtain, but don’t let anyone see you, I’m hiding!” So I walked into the tiny curtained-off space and we caught up while he drank his pre-concert tea and diet coke. 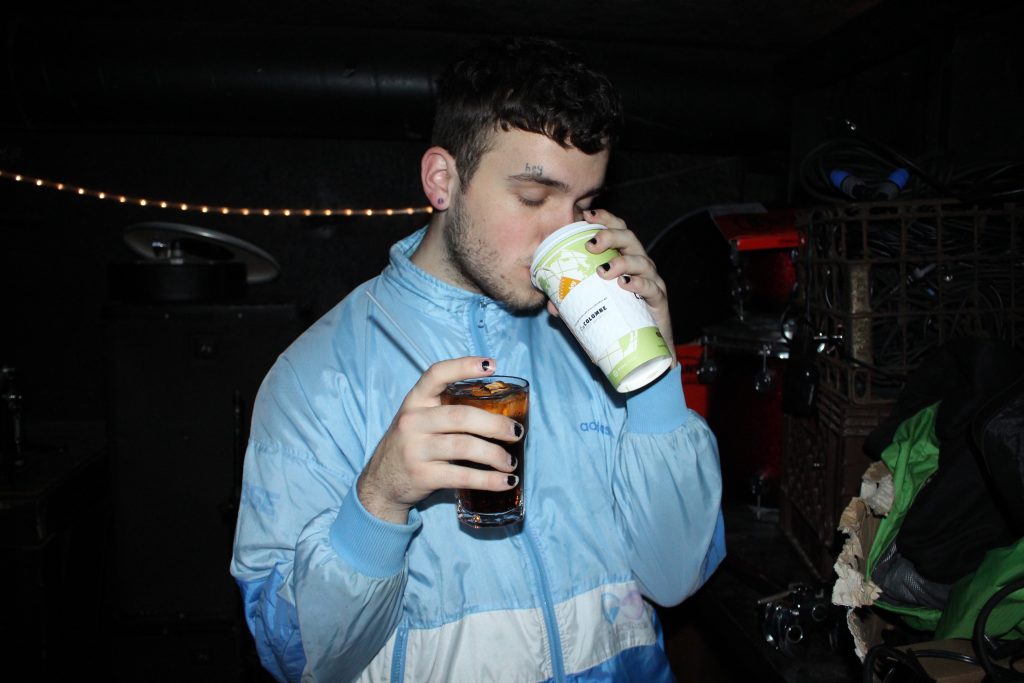 His fans were young, and there were only about 30 people in the venue. However, Ieuan remarked that he didn’t care that there weren’t that many people because he knew these were the fans that really cared and would know all the words, so he could just have fun on stage singing with everyone.

Ieuan put on a fun, energy-filled performance, starting with “Midnight In the Bay” off of his first pink era album. Each of Ieuan’s albums are color-coded and themed, with him changing the filters on his social media pictures accordingly. 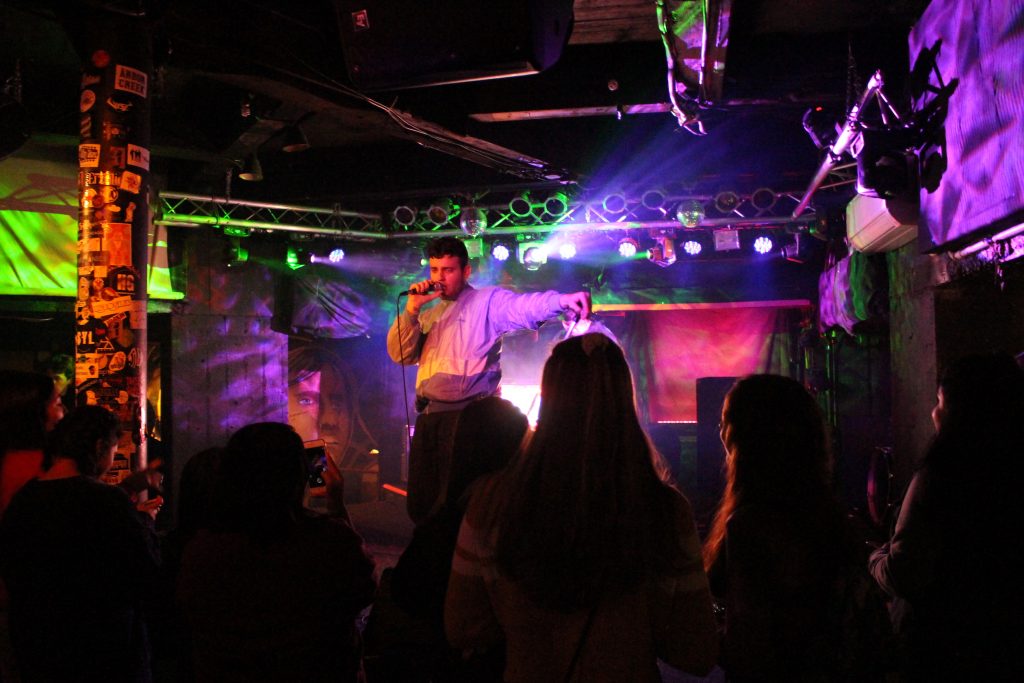 Accompanying him was Chicago-based DJ Mielo, with whom Ieuan performed the remixed version of “Pretty When U Cry.” Ieuan interacted with the crowd regularly, at one point yelling out, “Make some noise if you’re emo!” before playing “Saint California.” Fans were equally as interactive, with some waving their phone lights during “Nicotine.” Ieuan even dropped his mic during my personal favorite song, “Ramona,” but shook it off and exclaimed, “I’m just so clumsy, gotta keep swimming!” During “Love it When U Love Me,” he jumped between both sides of the stage, having the crowd sing the words. During his final song, “Honey Lavender,” Ieuan referred to the song reaching one million views thanks to the furry community by asking if there were any furries in the crowd. There weren’t any.

Be sure to check Ieuan out, his music is gonna be huge soon!