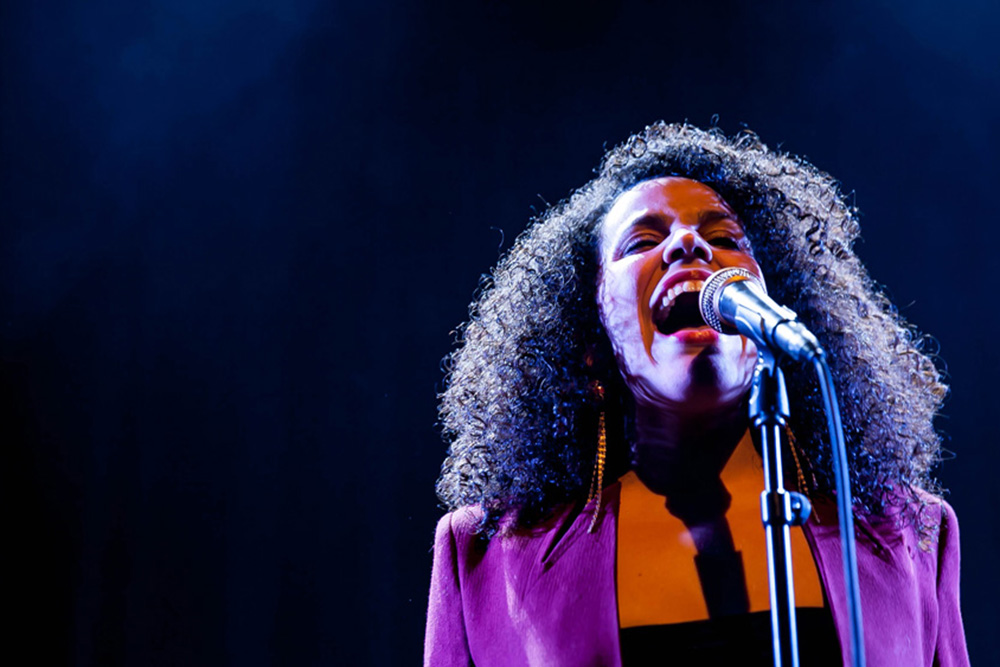 In Defense of the Opener: Xenia Rubinos at Lincoln Hall

It’s often said that when you have an experience, you are most likely to only remember the beginning and the end. While this might be true for most events, the triple bill at Lincoln Hall on January 13th, featuring Overcoats, Caroline Smith, and Xenia Rubinos, peaked in the middle. A trifecta of dynamic, soulful songstresses congregated for the Tomorrow Never Knows festival, but Rubinos, billed as the second act of the night, pierced through with wonderful untamed energy.

By the end of the night, though, it was clear how Rubinos stood in contrast to her bill-mates. Making her way on stage to the slinky dueling bass lines of “Lonely Lover,” she gave the impression that the audience was in for another agreeable set leading up to Smith’s headlining slot. In short order, though, Rubinos broke things wide open with a dense, confrontational take on “Just Like I,” a fiery anthem off her most recent album Black Terry Cat. Rubinos wasted no time diving into the audience for the first of several times that night, singing “I’m just like your sister, your brother, your mother” urging them to see for themselves.

Xenia Rubinos’ first album, Magic Trix, was released in 2013 and made for a disheveled and disarming entrance into the New York music scene. With her sophomore release out this past year, her musical style has taken on more polish, but her live show has not lost its characteristic spunk, humor, and energy.

With Rubinos, every lyric requires an exertion: a punch of the fist, a bend of the knees, a shake of her shoulders. She’s like an antenna that takes every nuance in her music and broadcasts it to the listener through a rhythmic stream of gesturing hands, flailing arms, and bulging eyes.

Throughout the night, Rubinos moves from material that is dense and driving to that which is more funky and atonal. She closes the night with a highlight: the defiant, dance-worthy groove “Mexican Chef,” whose potency lies in its social acuity and humor.


Rubinos’ performance isn’t as “effortless” as Smith’s or Overcoats,’ but I think this is where Rubinos’ appeal lies. She tries, and she tries hard. Her vocals are not without their flaws and her melodies are often more confrontational than agreeable, but it’s clear that she believes in every word she’s singing. And if the audience doesn’t, she’ll dance her way through each song until they do.