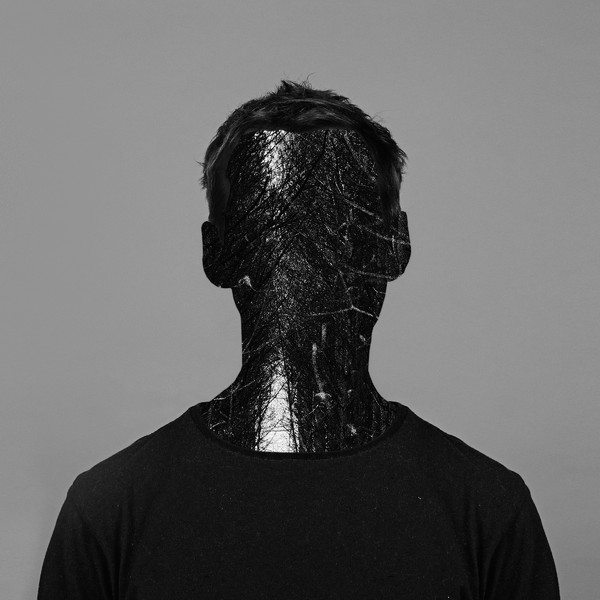 We spent the majority of our brief Friday night at the Standard. A small warehouse with concrete floors, a makeshift bar, and standing room only, the Standard was the temporary home of the artists deemed more “electronic” performing at Big Ears. Around 10:30pm, Chris Clark occupied the stage in a plain black t-shirt that matched the black tape obscuring his Macbook Pro logo. His head bobbed to the rhythm as he manipulated the live set controllers spread in front of him. We, too, bobbed along in the crowd, our idiosyncrasies manifesting in kinesthetic form. Yet, some of us felt an unpleasantly familiar sense of inhibition.

The mass of bodies pulsed self-consciously, oriented towards the stage, eyes locked on the DJ. I reeled through memories of concerts and club nights in my head and recalled the typical and strange disconnect between the two distinct spaces of musical enjoyment. At clubs, where the DJ is often nestled in a booth or somewhat removed from the spotlight, dancers let loose individually or in groups. They fully utilize their spatial circumstance as they lock into a “flow” for hours. At concert halls, on the other hand, you get an effect similar to the one at the Standard: hesitant shuffling, with an occasional enthusiastic dancer as the exception rather than the norm. Amidst the shuffling, I thought: “Are we here to watch music or here to listen?”

As the set drew to a close, I wondered if Clark had an opinion on the matter. Jay and I spotted him standing at a table near the bar with his manager and felt compelled to interrupt. We didn’t get the first part of the interview–and the full answer to our original question–on tape, and our attempt to follow up with Clark’s team after met with failure. A nonetheless engaging conversation ensued. What follows is a transcript of our discussion, beginning at a moment when Clark mentioned moving around stage more than usual during his Big Ears performance. His manager had just offered some insight on the matter.

Clark: Testing, one two. Ok go on. If you’re not like, uh–the less you do on stage, the more, like, the flaws of the music show up really, really brutally. When you’re not trying to cover it up with a dance move. Is that kinda what you’re saying?

Manager: Yeah. Yeah, i think so. I think it’s because–

Clark: You said it better earlier.

Maddie: No, yeah, you did say it– you definitely said it well.

Manager: The way that I look at it is: when you go to a performance, and you’re in the audience, you are–there’s a relationship between the person that’s playing music, no matter what style they have, and you, in the audience. And if you’re not doing very much then there’s little, um, dialogue.

Clark: I was thinking about this the other day. When you look at someone on stage, you’re looking at the effects of the music. And if they’re doing a lot of stuff it distracts you from the cause, what’s coming out of the speakers, and the actual cause is the musical decisions and the thing that you’ll judge the music on purely by its own merits. And if you can just like, do a little bit of a twirl…they’re like social effects. It’s like social or cultural rather than the actual music. Whereas if you’re just like, well I might as well not even be here, you’re opening the music up to severe criticism. But, at the same time if your music’s good, people will be like “well okay, this guy’s not gonna do a bit of musical theatre, he’s not in pantomime, he’s not an actor, he’s not like, he’s not a break dancer, so I’ll just listen to the music.” And if you’re music’s good enough, then I think people are really into that. When you’re just like, “Well, no, I’m not gonna ask the crowd to applaud after every breakdown.”

Maddie: No, of course.

Jay: What about from your performance aspect? Do you enjoy it when you’re kinda up there, putting on a show?

Clark: Not always, no. I enjoyed it tonight.

Manager: No, definitely not always.

Maddie: Especially when you get discouraged. Like, if something–sometimes–I don’t know. For me at least, something bad happens and I’m just like “Now I don’t wanna–” I mean, I know I gotta keep going but it just–

Clark: Yeah. I think as soon as you start thinking too much about what people are, you know–

Clark: I mean, just people are. You know, you can’t look at it like it’s like uh, I don’t know. I just can’t. I wish people–well, I don’t wish this at all actually, but like people–

Manager: Disclaimer, that was a disclaimer.

Clark: People are so unpredictable. You can’t get into this mentality that you know what people like and you just need to think about what they want. Because it’s chaos–it’s utter chaos. Every human on this planet is far too intelligent to have one clear motive. So, if you just think of like, you’re playing to an audience of everyone who’s totally different in their own world, with different expectations–they might hate what you do, they might love it–and then you’re just like, well, fuck it, I’m just gonna do what I wanna do. Because you can’t–there’s no way you can–

Maddie: You can’t please everyone.

Maddie: Like, how does this snare feel to you, can I make it a little tighter?

Clark: Yeah. It would be really bad, if it was like that. If it was so proscribed, it would be actually–not good.

Maddie: Yeah, that actually brings up another question for me. I guess, for me, when I’m DJing, I’m always wondering…because I have friends who say different things. Some of my friends say, “forget the crowd, just play what you wanna hear, and if you’re really passionate about it then it should come through,” right? And then I have other friends who say, like, you know, “try to tailor what you’re interested in also to the crowd and shit…”

Clark: Oh, fuck that, no. I would reject the second one. Quite strongly.

Maddie: You gotta have a good time, you know.

Clark: Yeah, but then I’ve really gotten into trouble in the past by doing that.

Clark: My girlfriend caught me listening to it. I listened to it in the morning on headphones, like while I was making coffee. I had it on like four times in a row on loop. And it was like a guilty pleasure.

Clark: That track is amazing.

Manager: I know it quite well. Why do you think it’s bad to listen to?

Manager: And you were in, like, a white vest.

Clark: Because I was just sitting there, like, with my tea.

Jay: Did she interrupt the moment? Or did she let it flow?

Clark: No, she just, like, smirked at me and was like “You’ve been listening to that–you really like that song, don’t you?” You know when you’re called out for liking something a bit too much, and it didn’t deserve that much love.

Jay: I feel like that’s where musical tastes are made, though. Like on the fringes–the weird shit that other people don’t like, but that you somehow manage to enjoy.

Maddie: I feel like that’s how genres are made, almost. You know, just kinda take something that’s super on the fringe and make this new genre out of it.

Jay: Not that Beyonce is exactly on the fringe.

Maddie: Not that Beyonce is, no, but…

Manager: She’s had a fringe before.

Clark: She kind of is, because that track is so fucking technically accomplished. It’s like, these insane melodies that she just belts out. And it’s quite easy to, like–I can sing that to myself internally, but–

At this point, a member of the road crew instructed the men to pack up their items and prepare for travel. Our conversation was cut tragically short, leaving us with many questions: what secrets does Clark know about ‘Halo’? When was Beyoncé on the fringe? When will people stop staring and start dancing? We might have to hunt Clark down at Pitchfork to find out. -Maddie Higgins