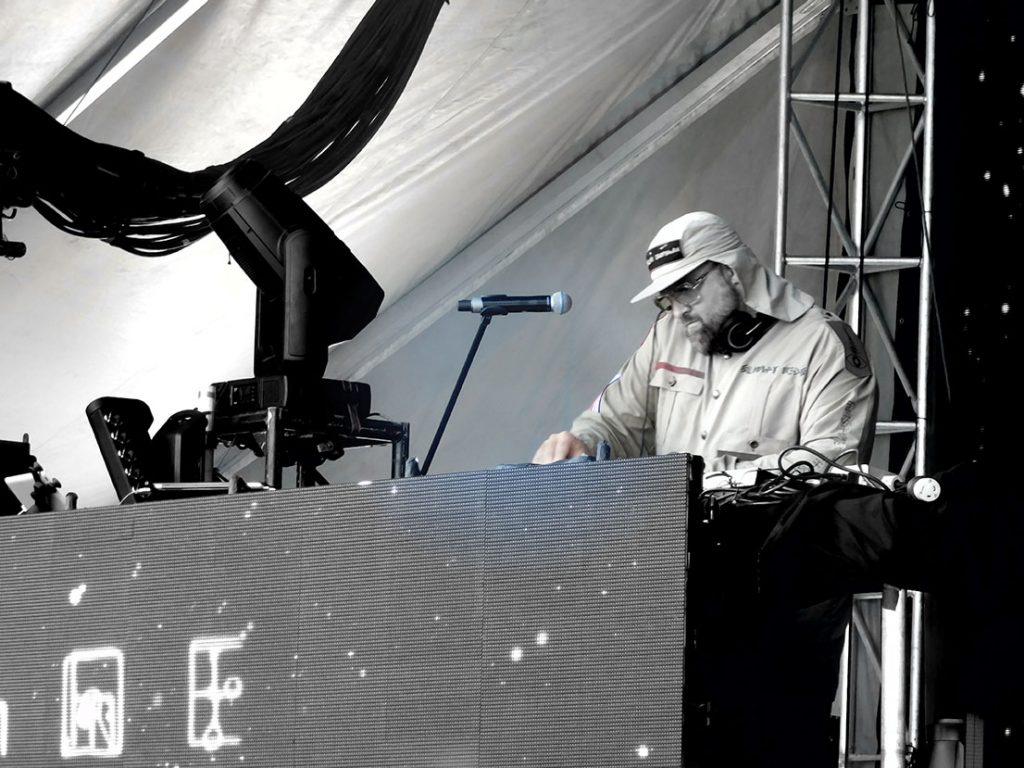 This year marked my first experience at the Electric Forest Music Festival. While day one and two didn’t agree with our campsite, (it was rained out and my tent collapsed), the weather did not overshadow the tremendous impact that E-Forest had. The art instillations, musicians, diversity of stages, and beautiful setting made it feel like fiction. Above all, my interactions with artists made it a worthwhile weekend. Among those, our team was given the chance to interview the kingpin of Dirtybird Records, Claude Vonstroke. While starting in San Francisco, Dirtybird has made large waves within the house scene, through Claude’s distinctly funky sound, the famed Dirtybird BBQs, and the label’s rich roster of talented artists. Claude was as friendly as he was brutally honest, within regards to his relatively unexpected career trajectory, emerging projects, and the struggles associated with becoming a fulltime artist while developing a label. Our discussion is below.

This interview has been edited for clarity.

Marc: Cool, well first off man it’s great to meet you. Thanks for speaking with WNUR. I’m originally a Bay Area fan so it’s special for me.

Marc: So, for our listeners, I’m just going to briefly describe what you do (and your background). You have Dirtybird, which has been very successful, with an exceptional roster of artists from many different countries. From Eats Everything, to Justin Martin, to Nick Monaco for a time, (who is also from SF). You’ve also had the Sirius XM station the Bird House, which I tune into when I drive, and you have the Dirtybird BBQs.

Claude: Right, and now it’s (grown to) a campout festival.

Marc: So setting the stage, you have your fingers in a lot of different areas, as an artist, as a curator.

Claude: And we have the Birdhouse stages.

Marc: Yes, and bringing other artists out using your platform. So I wonder what was it like for you in SF right at the very beginning? Right when you were starting off?

Claude: So I started off in Oakland, and my roommate went to high school with me, and he was kind of a techy guy, nerdy kinda, doing math and stuff. And he taught me how to build PCs. He had taught me over the phone before I moved to Oakland, but then I started really doing it. So I was able to make these really cheap PCs that were really fast. And then we would get all this bootleg software from China and I was able to have a much better rig than I should have. So I made a documentary about how to become a famous… Well not a famous DJ, but how to become a DJ that gets gigs. I interviewed all like the most famous people at that time, so like Paul van Dike, Orbital, Derrick Carter, and Derrick Main.

Marc: I believe Derrick Carter actually used to play at our station. He had a residency.

Claude: Cool that’s awesome! Ya, so I got all these people on it, and I edited it, and directed it, did everything on these bootleg rigs, and then I (chuckle…) ran out of money completely. So I had to make all the music, because you need music to play under the interviews, so we just remade songs that sounded like the people who were on the interviews, and I used some songs from other people as well. But then by the end of it, basically, I knew how to make house music. Then I moved to SF. The whole time I was working in SF, at an editing place, video editing. But I was going out all the time too.

Marc: Damn that’s really interesting, I know SF has a music scene with a lot of culture and history, but it’s not the music central area. It’s not LA or New York…

Claude: So it’s not, I have this thing, like it’s a great place to have a clique. It’s like, really cliquey, and awesome, if you’re in one of the cliques. So I really liked Drum and Bass when I first got there… I could not get into that clique. Like forget it. I’m sure some people say the same thing about us.

Marc: What were some of the venues you went to? I’m just curious?

Claude: Cat Club, eventually they had it at a Pizza Place.

Claude: No I’m talking about the Drum and Bass Party. They had it at a Pizza place upstairs, then they had it at Cat Club. Ya I went to DNA Lounge, I went to the Top every Wednesday. Justin had his thing there.

Marc: And what year was all this? What was the timeframe?

Marc: Word… DNA Lounge is closing. The owner mentioned it had been there since the first .com boom but that they’ve run out of funding.

Claude: It is? It had a good room. Are they selling it to some giant computer company? It’s not a bad room. I’ve had some good nights in there.

Marc: Good to hear, so you’ve kind of jumped into my next Q which is what it was like as an emerging artist in that area. I was wondering if you had any SF influences based on cultures that inspired you, from the Hyphy movement to funk?

Claude: Ya, I mean I was from Detroit, and if I had done straight Detroit music I don’t think it would have been as eclectic. So there was kind of this extra element of, hippie, slash funny weirdo, like hip-hop head, lower height vibe that got snuck in there. 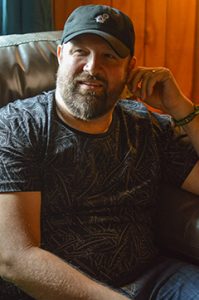 Marc: That’s awesome. Another question I have, a bunch of our listeners as well as quite a few members of our station are students. Many of us are aspiring artists as well. What advice would you give, or impart to someone who is at the beginning of their career as a musician? Also what is it like starting a label?

Claude: It’s two different kinds of advice. It’s like, be realistic, and be unrealistic (more chuckles…). So be unrealistic but don’t be stupid. The only way that I was able, I’d figured out that I really wanted to do it, so I had to make a plan to do it. Not just like, “I’m just gunna DJ everywhere and smoke a bunch of weed, and hope that something happens.” You have to make a really hardcore plan about where you want to go and how you’re going to get there. Even if it seems completely ridiculous just do it anyway. Really like, don’t quit your job from like another six months to a year from when you think you should quit your job. Also get just a tiny stockpile of money, so you can actually survive not getting booked for six months. Do you know what I’m saying?

Claude: Just get a little bit of a nesting before you go full on. That’s good advice. Otherwise you can just burn out, two months. Be like, nahmean, we used to eat mustard sandwiches. Which is just like two pieces of bread with mustard, and sh** like that just to make it. If you get to the mustard sandwiches in the first two months, you’re not gunna be a DJ.

Claude: You gotta be able to go a little bit longer than that.

Marc: One thing I wanted to ask as well… I think often using the general umbrella term of House, there’s often not equal representation within both gender and marginalized communities. Which is kind of ironic because House and Techno started from marginalized groups. (Speaking towards gender) I know you have J.Phlip on your roster, and I’m wondering what you think about this issue?

Claude: Ya that’s a very big question. This is something I really also noticed after last year’s Campout. I just looked at the lineup and I was like, “Man, I think we f** up” (laughs around the room…). So now I booked 8 women, and all kinds of people. I just definitely, I’m not gunna have like, this only really (male dominated). I made a concerted effort this year, but I really think, it’s not like you need to try hard. There’s so many good people that it’s pretty easy, you just have to not be an idiot.

Claude: I think that also, a couple people in the higher range of events, like Garry Richards, even though he made a crazy video. He is thinking about it, and booking more women and stuff now. There are a few people that are doing it, and then there are always a few people that don’t give a f**. Just like how life goes forever right?

Marc: So one thing, I saw you at Bonnaroo, and your alter-ego project, which is actually just your name Barclay. So I was wondering if you wanted to talk about how that started?

Claude: That was originally what I wanted to do when I was eleven, was be a rapper. All that stuff was basically from when I was like eleven to fourteen. I had a flap hat, I had a jam box, I wanted to be RUN DMC. It was just like, I was from a different planet. I made up, technically, I said I would never admit that I was actually (from) another planet. But anyway, all that stuff is from my childhood, and I just thought that was what I was gunna do, but I just got really good at making House music… So I just said that I need to go back because that was so fun and interesting, and I just still want to do it.

Marc: So it’s your passion project? That’s really cool. So this is my last Q and then I’ll let you fly, no pun intended. But I was wondering, personally, who illustrates the album covers for Dirtybird because they’re crazy!? The animal morph combinations.

Claude: OK, this is also a passion project of mine. So every year for the last five or six years, we were just doing sh** art, for a long time. Like that little bird that I drew, it was just like, really bad. For someone who likes art I was like, “Uggh why are we doing such bad art”. So I just said why don’t I get all the best people that I can possibly find to do the art. So every year, I hire one person to do all the Dirtybird art, but it’s a different person every year. It’s always low brow pop surrealism, which is my favorite kind of art. It’s always weird as f**. So… this year’s guy his name is Dolk, and he’s from Spain. Last year was Dan May from Michigan, with the fuzzy monsters. The year before that was Rahul Delilo, from the Netherlands, with the combined animals. And then the year before that was Bram Carter, who’s just a really cool illustrator from Brighton, England. So they’re from everywhere.

Marc: Awesome we’ll that was my last question, so to close I just want to say thank you.