In preparation for their Chicago show tomorrow at Metro, I got the chance to talk to Echosmith about their inspirations, upcoming album and how their music has changed since “Cool Kids.” 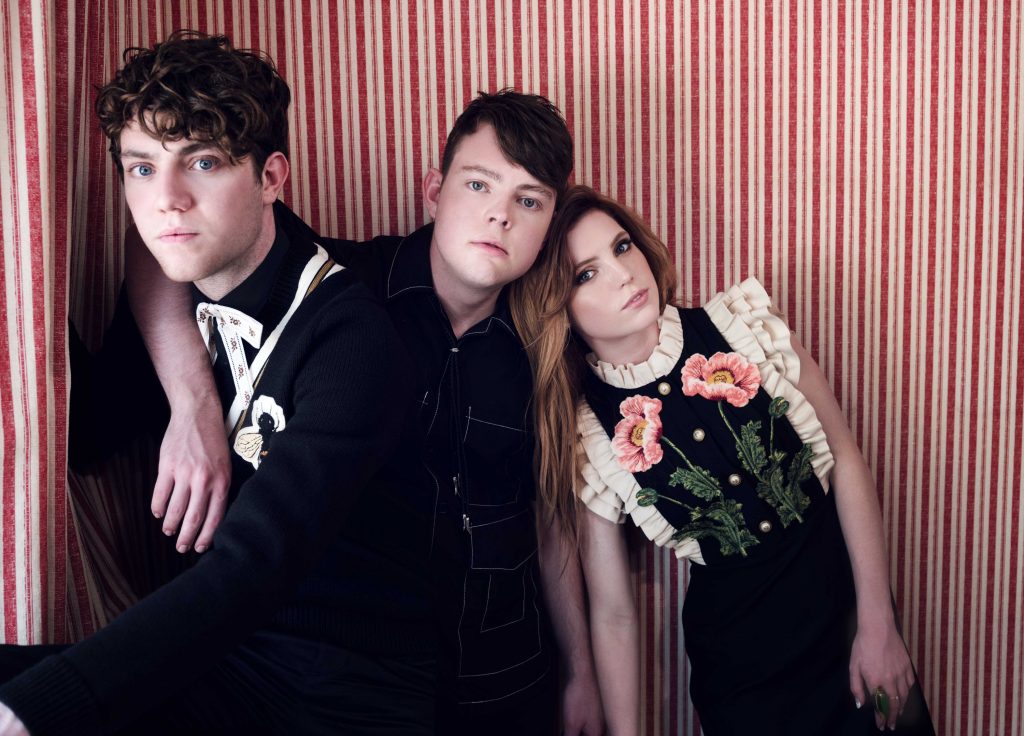 This interview has been edited and condensed for publication.

ES: As siblings, did you always grow up playing music together? How did the idea of starting
a band come to fruition?

ECHOSMITH: Growing up, we all picked up our instruments fairly early, and at a different times played with at least one of our siblings , but surprisingly, it took us a few years to finally all play together as a band. Our dad got us our first show around 11 years ago. Someone was looking for a young band to play a benefit concert, and our dad volunteered us.

ES: What’s the hardest part of being in a band as siblings? The best part?

ECHOSMITH: The hardest part of being in a band with family is the same as the best part. We know each other SO well, which can obviously cause a whole lot of fun, and sometimes some frustration. Siblings always know just the buttons to push to make you upset, but thankfully that doesn’t happen too much anymore.

ECHOSMITH: Starting out Coldplay and The Killers were some of our biggest modern influencers. We also grew up on music from artists like The Smiths, Peter Gabriel, the Police, and especially U2.

ES: What is the origin of the name “Echosmith”?

ECHOSMITH: Echosmith was a word we created to mean “shaping sounds”, just as a blacksmith shapes metals. It also helped that the website was available!

ES: You hit it big with “Cool Kids” back in 2013. Do you feel the pressure to live up to that success with your new music? How are you tackling that?

ECHOSMITH: We haven’t necessarily felt the pressure to make something as “big” as cool kids in a negative sense. We’ve mainly just tried to focus on making music that accurately represents who we are, and the way we see the world. Cool Kids communicated our character quite well, so we are always trying to continue in that mode.

ES: How have you changed as a band since your first album?

ECHOSMITH: A big change was our brother and guitar player Jamie leaving the band to be at home with his new kid. We suddenly had to figure out how to make music as a trio. We also have grown quite a bit since we wrote the first record. We were all young teenagers at the time (I think graham the youngest was 13/14), and now it’s been about five years, and we’ve all developed a lot. So we’ve worked hard to try and represent that in our new music.

ES: Now being in the music industry for half a decade, what’s the most important lesson
you’ve learned?

ECHOSMITH: I would say the most important thing I’ve learned since really working in the music industry is that songs are incredibly important. The messages contained within can mean a whole lot to people, and it’s important to keep that in mind. Just about everyone on the planet loves music, and it’s cool to see it truly act as a universal language, especially with our fans around the world.

ES: Your new single, “Over My Head,” talks of being in a situation that seems impossible to
fix. What advice would you offer to listeners struggling with such a situation?

ECHOSMITH: I would first suggest taking some time alone to analyze the situation, and to prepare to begin the conversation with your loved one. It’s important to tell the people you care about how you feel, and to also desire for good to come out of it.

ES: Is there a new album in the works? If so, what can we expect from it?

ECHOSMITH: There is! And we are actually in the final stages of it now. I would expect a more progressed version of Echosmith. Many of the songs from our EP we released last year will be on the record, but we also have some new songs that we are really excited about. We tried our best to be honest and true in our lyrics, and make music that is interesting and melodic. So I hope the world enjoys it!