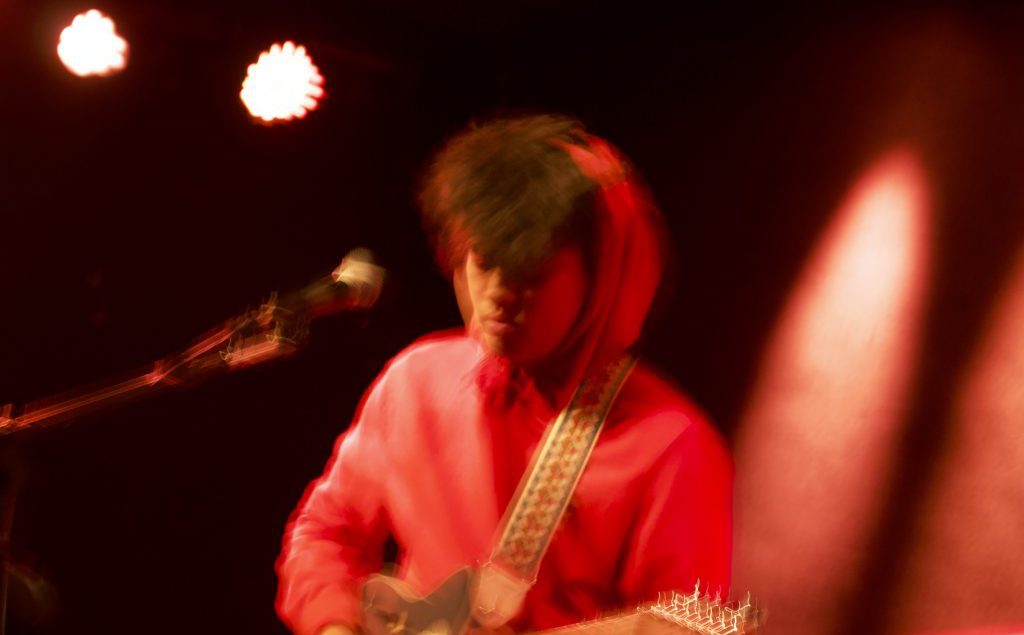 Oakland-born, LA-raised Tim Atlas has become a darling of popular “indie” Spotify playlists like “Indie Rock Road Trip” and “Feel Good Indie.” Inclusion on playlists like these has played a large role in the popularity of his hit song “Compromised,” which currently has over 15 million streams on the platform. With a new project on the horizon, Atlas is headed out on a quick Summer 2019 North American tour and Schuba’s Tavern in Chicago represents his first stop. WNUR was able to talk with Atlas before the show about his well-rounded musical upbringing, plans for the future and how music production is evolving.

Backstage at Schuba’s, 1 ½ hours remain until the show but Atlas seems at ease in the green room as he sips a black coffee. His white T-shirt reveals tattoos that take up the better part of his forearm, one of which is a forest green cactus. The whole picture exudes “California indie-pop singer.”

Growing up, Atlas had a very open mind when it came to music. Each of his family members had their own distinct tastes and he credits multiple artists with impacting his sound.

“My grandparents loved Johnny Cash and Loretta Lynn, my dad loved the Beatles and Elvis. My mom was into all these power singers like Whitney and Mariah and my sister was, like, locked in her room listening to 90s R&B music. I just kind of liked it all, I was like a sponge.” 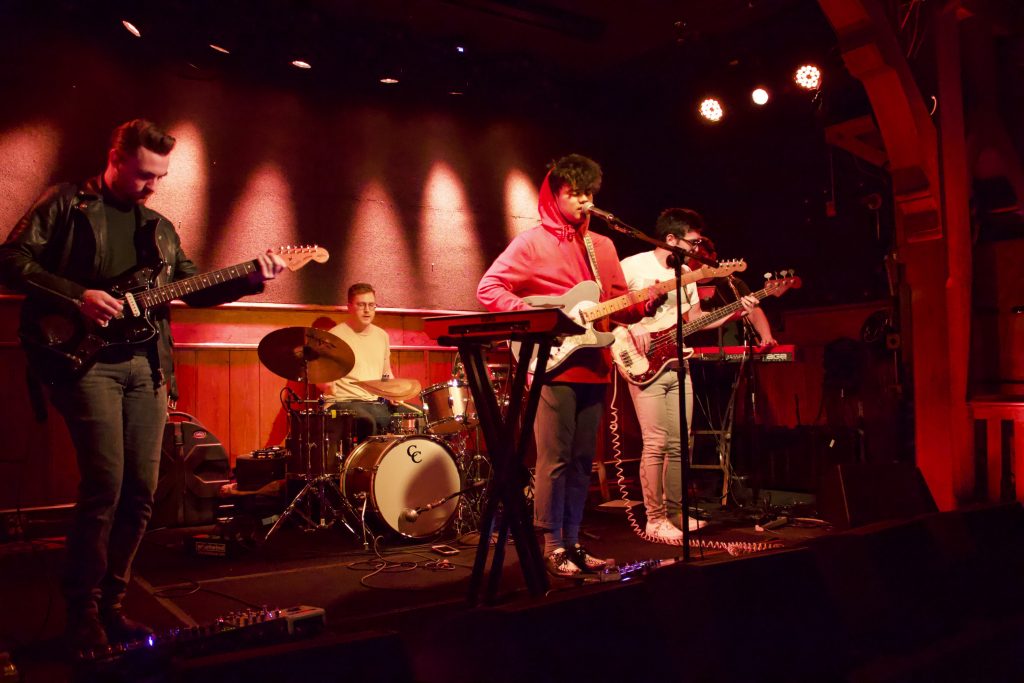 Atlas began releasing music to streaming services in late 2013, with his first EP “Lost in the Waiting.” The EP, coupled with various YouTube covers, led to his being discovered by Bay Area talent scouts and appearing on Season 9 of The Voice.

“The producers make you feel like it’s your last chance to do something, so you really give your all when you’re in that moment,” said Atlas of the high-stakes atmosphere. “But after the show is where the challenge is. It’s like ‘do I want to be a dude from a reality show for the rest of my career or do I want to be an actual artist?’”

It’s clear that Atlas chose the latter path. After his departure from the show, he got back into the studio to make three songs, one of which turned into Compromised. This song in particular cemented Atlas as a figure to watch in the indie pop scene.

“[When we made Compromised,] I remember thinking ‘I really hope people fuck with this sound because I want to make this forever. This is the type of music I want to make 10 years from now.’ Luckily, people responded to that song…and ever since, we’ve been pumping out songs in that vein.” 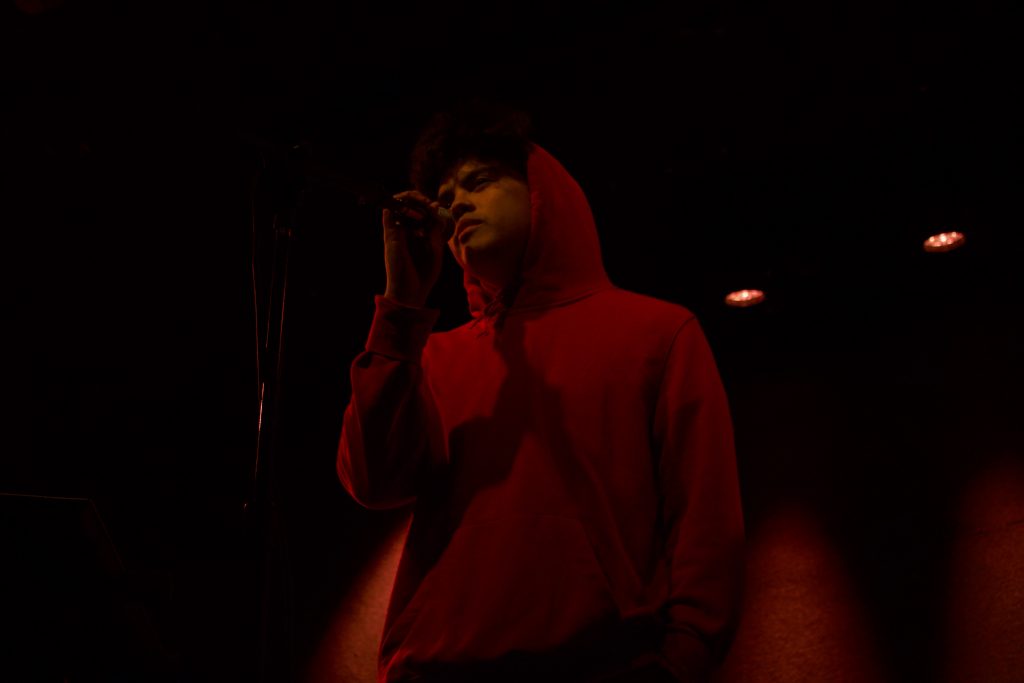 This tour represents Atlas’ 2nd as a headliner. In the past, he has opened for artists like American Pets, Mating Ritual and Daniela Andrade and he hopes to do more opening gigs in the future, a comparatively modest approach when it comes to aspirations. Similarly, he named venues like Los Angeles’ Troubador and Oakland’s Fox Theatre as his ideal shows to play, in favor of more well-known arenas like United Center and Madison Square Garden.

“I want to be opening for artists like Phoenix, Toro Y Moi, and Still Woozy. Those would all be sick support slots,” he said with a smile. “I don’t know if I’ve ever had my head up in the clouds that much where I’ve pictured myself in a stadium. It’s always been maybe, like, thousand-cap venues. Those are where all my favorite bands play, I’m not going to a stadium to see indie bands.”

With a capacity of 165, Schuba’s is definitely on the smaller side when it comes to Chicago venues. Regardless, Atlas received solid crowd support in spite of the show being at the same time as the new episode of HBO’s Game of Thrones. “I’m kinda tempted to run off the stage and see what went down [on the show],” he joked. 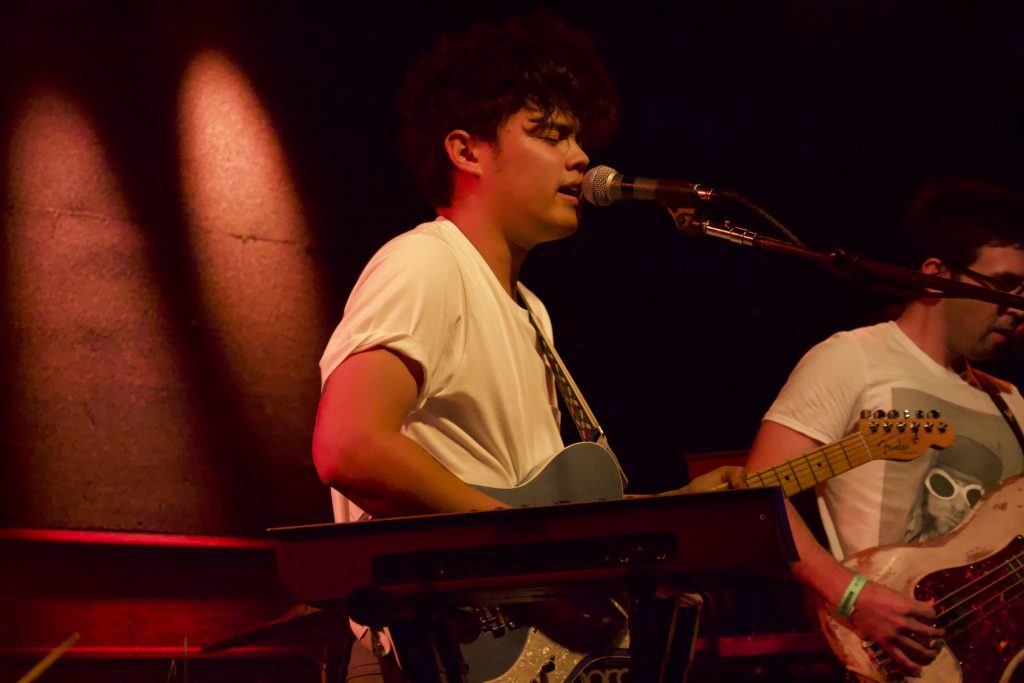 Two Chicago-based artists kicked things off. Self-described “nu-pop” singer/producer Carlile served as the first opener, holding her own vocally over thumpy club tracks. The EDM production did not shy away from risk-taking, featuring everything from woodpecker noises to a rattling effect reminiscent of the beginning of Monte Booker’s “Kolors ft. Smino.” R&B singer/rapper Rich Jones, a prominent figure in the Chicago music scene, followed. Jones took the stage alone and had some funky production of his own accompanying his nasal, yet soulful voice. He seemed very at ease in his hometown, making conversation with the small crowd that bordered on stand-up comedy. A personal favorite song was “Rainy Days,” which featured the kind of low-key hip-hop production one might see on a Saba song. Jones rode the beat perfectly on this track and even rapped the second verse. Both openers brought strong energy despite an audience on the sparser side.

Atlas’ trademark soft falsetto notes and lush guitar-heavy instrumentation gave his sound a transporting quality live. His set flew by; at times, it felt like it was just him and the audience on a trippy California beach journey. Atlas did a fair amount of experimentation with the set; his performance of “Dive” featured talkbox effects on the chorus that did not appear in the studio version. One tall enthusiastic white guy at the center of the crowd busted out a pretty aggressive toe-tap during the surreal track. He closed things up with a heartfelt, honest sentiment praising the crowd before playing Figure A: “There’s always this fear that you go to a city and like no one shows up.” 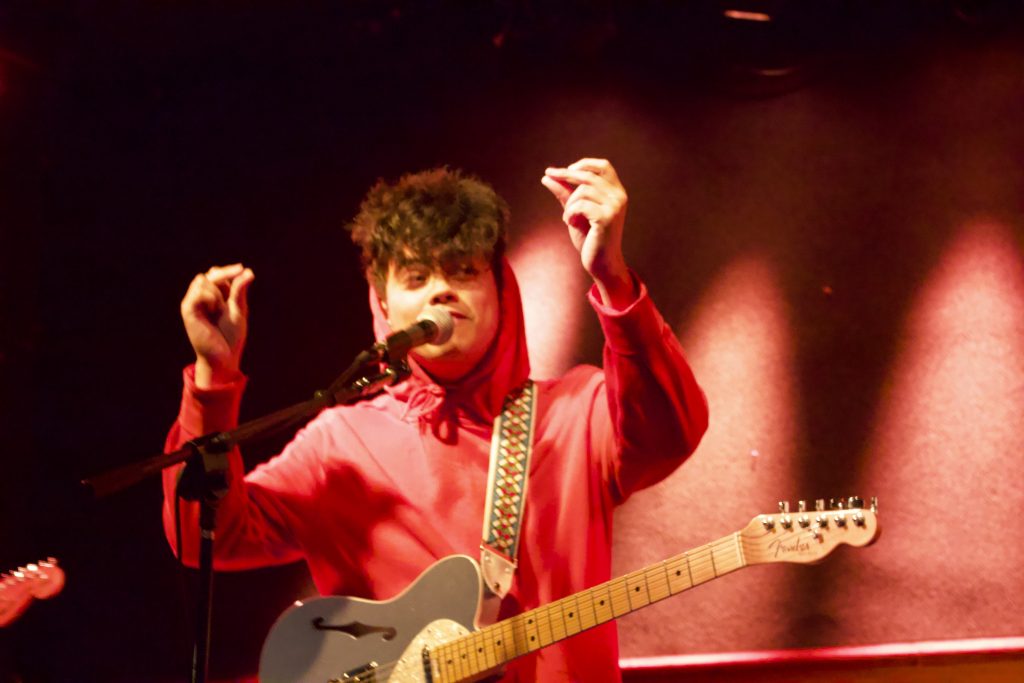 After Atlas finishes up the tour, he plans to travel to Southeast Asia in search of inspiration, namely the Philippines, Cambodia and Vietnam.

“I just want to experience more life, so I can write more. I’ve just been in LA for a while kind of going through the motions and I find myself digging for things to write about,” said Atlas. “It’s been marinating in my mind lately, just to take a step back and be inspired.”

Thanks to technological innovations in music production, Atlas rarely has to wait to record. He has what he calls a “backpack studio” on tap for when inspiration strikes.

“I have a little keyboard, my laptop, and a mic if I’m just trying to do rough ideas. A lot of the stuff on the record, we just held an iPhone up to some drums. There are so many creative ways to record these days, so I don’t think I’m really limited when I’m on the road, not as much as you would think.”

Make sure to keep an eye out for Tim Atlas’ newest project, which he plans to drop this June. Beyond that, who knows? Maybe after some Southeast Asian soul-searching, “The Pho Tapes” will be the next addition to his discography….

Tim Atlas continues on his tour on the Pacific, with dates in LA, Seattle and Vancouver coming up in early June.

Make sure to also catch Rich Jones at Subterranean’s Hoist Fest on Sunday, May 26!