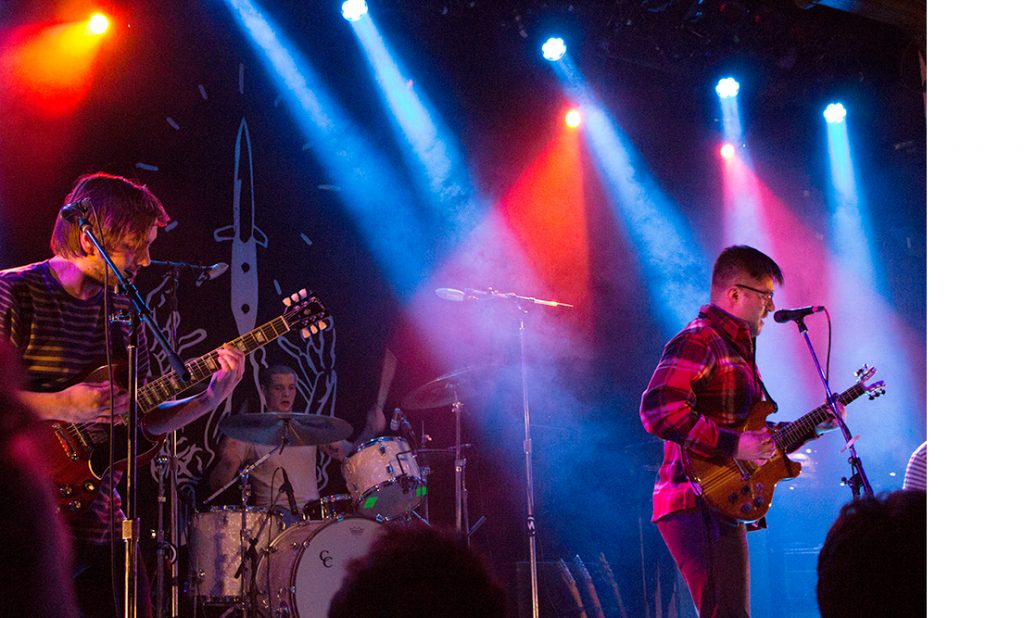 Into It. Over It. Review

I remember exactly where I was the first time I heard a song by Into It. Over It. I was in my friend’s passenger seat and his iPod cued up “Midnight: Carroll Street.” Within the hour, I had downloaded and fallen in love with the album Proper, one that would soundtrack much of that summer and my freshman year of college. Into It. Over It. started as an outlet for the incredibly prolific songwriting of Evan Weiss, a Chicago-based punk singer-songwriter who had written and recorded upwards of 65 songs under the Into It. Over It. moniker before putting together the first full-band lineup to record Proper. As soon as I saw the announcement that Proper was going to be played in full January 13, I knew I had to go. I’d missed several other chances to see Into It. Over It.; I wasn’t going to miss this one.

The first band on the bill was Mother Evergreen, a five-piece mixing indie-folk vocals with atmospheric post-rock. The twinkling guitars and hazy keyboards give the songs a decidedly Midwestern feel; they evoke nights spent inside with your friends while a storm rages on outside. Their set was incredibly tight, made even more spectacular considering it was their first ever performance, and it closed with the epic sleigh-bell-infused “Endful,” the closer number from their self-titled LP. Next up was Pianos Become the Teeth, a band I actually discovered by reading an Into It. Over It. interview. The Baltimore-based group played a mix of styles from across their career, including the intense post-hardcore from Lack and the more melodic, restrained rock from their Keep You album. 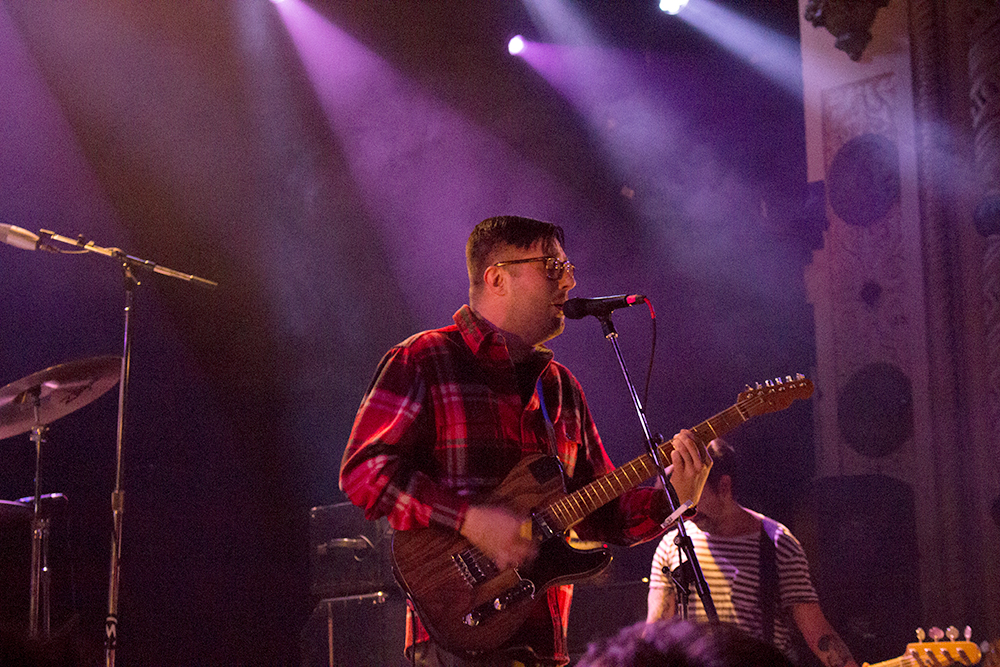 Finally, Into It. Over It. took the stage and began playing the first notes of album opener “Embracing Facts,” after which Weiss laughed and warned the audience that he would be switching guitars between pretty much every song. One of the hallmarks of Into It. Over It.’s guitar playing is Weiss’s use of self-created open tunings, giving the music an echoic quality. Apparently, Proper was recorded before Weiss was “smart enough” to write a whole album in similar tunings, or at least that’s what he says. From there on out, the band never let up.

“Discretion & Depressing People” was fast and loud, and “No Good Before Noon” sounded anthemic after three years of struggling to get up for morning classes. However, nothing could have prepared me for how transcendent “Midnight: Carroll Street” was as a live experience. The recorded track starts quietly with a pulsing guitar riff and Weiss’s voice; on this Friday night at The Metro, it seemed as if every audience member sang every lyric with rapture, each word reverberating through the venue. 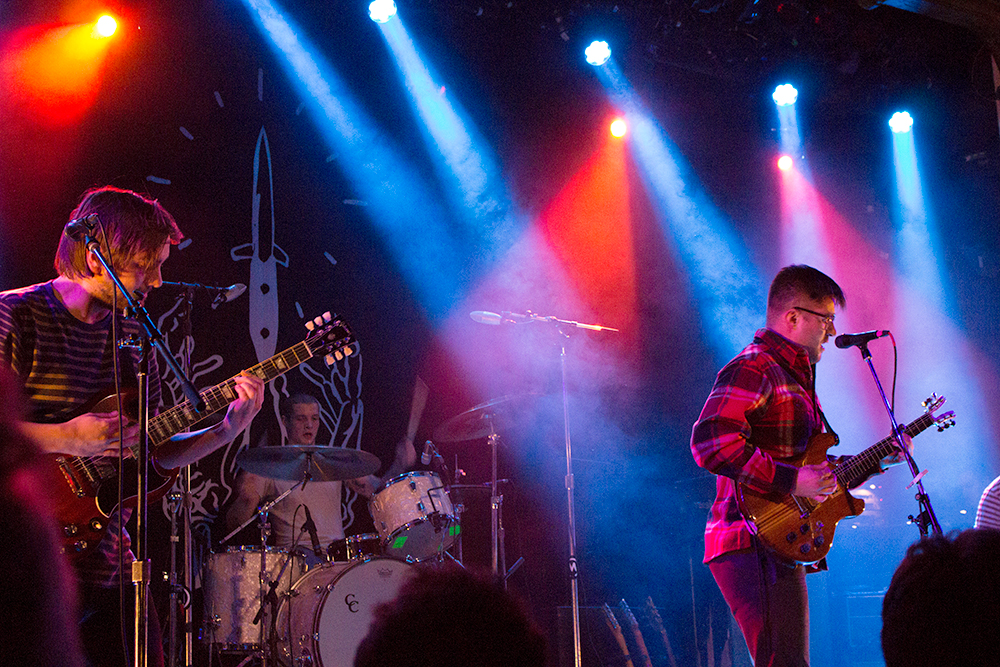 Before playing the title track, “P R O P E R,” Evan went into a long list of people he wanted to thank, including managers, producers, engineers and musicians who had played with Into It. Over It. The crowd laughed along, applauding the names they recognized, and shouting some that they expected to hear but didn’t. This list of thank-yous was emblematic of the homecoming nature of this show. The audience gathered for the performance was of such an intimate nature that they even knew the names of people the band had forgotten to thank. Here was an ensemble that was so deeply tied to the city of Chicago, who had made it big and been around the world, performing a fan favorite record that helped put them on the map. Weiss returned tonight as a conquering hero, reporting to raucous cheering that the Proper show was the biggest they had ever played in their hometown of Chicago. To end the night, the band played a second-half set of requests from the audience, collected by Weiss through a didactic method of hand raising and writing on a clipboard. Crowd favorites from both of the bands’ other studio albums, Intersections and Standards, as well as early cuts from various EPs and splits, were played to enthusiastic sing-alongs. One particular highlight was 52 Weeks’s acoustic jam “Pinky Swear,” about using heavy traffic to think about the trajectory of one’s life. This kind of lyrical introspection is a hallmark of Into It. Over It.’s music, and this particular song ends with Weiss asking listeners to make a promise with him that neither will allow themselves to waste the opportunities life affords them. For a brief moment, as everybody quoted those final words alongside the singer who wrote them, it seemed as though audience and performer would be able to keep their promise.