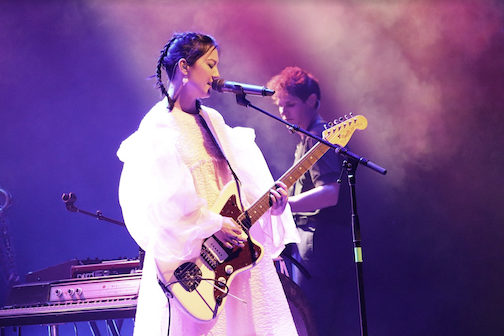 I’d be remiss if I didn’t mention Japanese Breakfast’s opening act, Hannah Bussiere, who goes by the stage name Luna Li. I only started listening to the singer-songwriter a few days before the concert thanks to a friend’s recommendation, but I’m glad I did because her daydreamy vocals and possessing instrumentals made for one of my favorite live experiences ever.

The Toronto-native was dressed in an outfit fit for her music: a stunning pink jumpsuit with hanging strings, pink star earrings and space buns. One man behind me even dared to call it “some Met Gala shit.” As Luna Li absolutely killed it on her guitar solos, she jumped all around the stage with a smile on her face. Clearly performing in pure love and enjoyment for her craft, her talent was unmistakable. 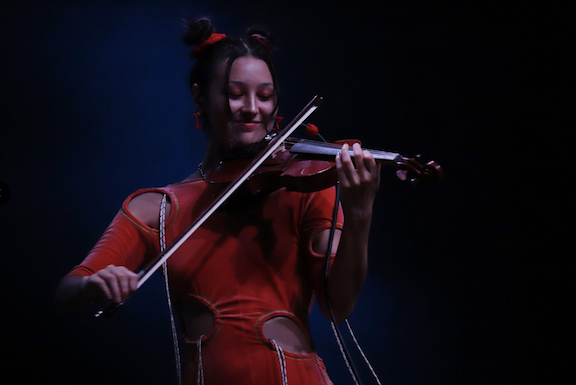 Finishing a guitar solo, Luna Li fell to her knees as if she was begging the audience to be in that moment with her. Transitioning into the song “Trying” off of her EP newest Alone But Not Lonely, Luna Li’s voice range and depth was stunning and made this a standout track of the evening. From the almost unbelievably beautiful violin she pulled out to the profound drum beats reverberating within me, I thought it couldn’t get any better.

That’s when my favorite part of the evening hit. Luna Li explained she was going to do a live loop and with her words, “If you’d like, you can close your eyes and float away with me,” I was listening to the most ravishing live sounds I had ever heard; it was pure serenity. I had been transported to another planet, and it was a much more peaceful one, one reminiscent of Luna Li’s recent instrumental jams EP.

After waiting all night for it, Luna Li finally pulled out her signature butterfly guitar. Colorful and majestic, it matched her vibes perfectly, and playing it, Luna Li looked calm and natural, like she was born to be holding that guitar on stage. Just a few songs from the end, Luna Li told the audience a story about going to a Japanese Breakfast concert a few years earlier. It was the first time she ever felt represented on stage, she said, and now, she was up on that stage opening for Japanese Breakfast’s fourth consecutive sold-out show in Chicago.

After much anticipation, a suited-up Japanese Breakfast walked out on stage. Head of the Philadelphia rock band Michelle Zauner originally created the name Japanese Breakfast to combine something “really American” with something Americans think of as “exotic or foreign.” In her recent memoir, Crying in H Mart, Zauner touchingly described her conflicting identities growing up Korean-American in a small town in Oregon and her eventual embrace of her Korean heritage that came with her mother’s death.

Tuesday night, she strutted out on stage dressed in one of the best outfits I’ve ever seen on stage. With chunky black boots, two braids in her hair and a big poofy white dress – underneath which you could just make out a glimmer of Zauner’s silhouette –, Zauner matched the pop-rock music Japanese Breakfast continues to fantastically curate and the out-of-the-box creativity she is known for.

The band started their set with a hit: “Paprika,” the opening track for their June 2021 release, Jubilee. The most interesting part of the opening song was the giant gong in the middle of the stage and Zauner’s emphatic use of it. With such a commencement, there was little doubt in my mind of the energy Zauner would bring to the rest of the performance, and my confidence never wavered.

With changing colored dots floating in the background of the band, the stage’s set design resembled a live version of Jubilee’s album cover of persimmons. As Japanese Breakfast moved onto some of their older music, the lyrics of “The Woman That Loves You” from Psychopomp hit the back walls of the theatre and boomeranged back with intensity and spirit.

As the set progressed, so did the band’s talent show. A standout was Zauner’s husband, Peter Bradley. He filled the room with intoxifying electric guitar strums and then moved to the keyboard, where he complimented Zauner’s voice beautifully. There was an incredible saxophone solo that breathed a refreshingly different sound into the performance. Zauner added impressive artificial sounds to her music in the middle of her performance and moved around on stage like it was her home. The crowd reciprocated, some swaying, some dancing,  everyone just enjoying the experience. 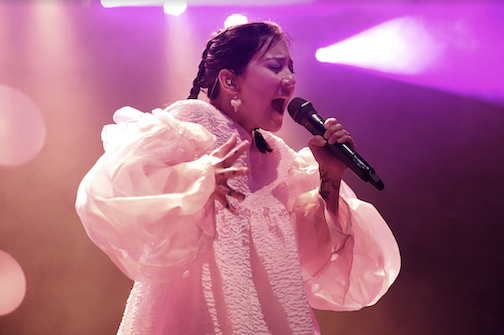 The best performance of Japanese Breakfast’s night was “Tactics.” With Zauner and her husband playing piano facing each other, it almost felt like they were standing at the altar again. It was a candidly beautiful song about love and love’s loss – and live, it was emotionally in touch and exquisite.

Zauner then stood up, and, speaking in a soft voice which begged genuinity, she thanked Luna Li, saying Li had inspired her to be a better musician. Transitioning into “Glider,” off of Japanese Breakfast’s recent original video game soundtrack, Sable, the palpable intensity of playing an actual video game was unbelievably felt in every chord.

Finishing out Japanese Breakfast’s performance before the encore was “Everybody Wants To Love You.” It was an amazing closer. Zauner was very hardcore, jumping around the stage with vigor and enthusiasm. The drummer filled in the vocals on the song with much more passion than in the recorded version, and seeing this song performed live brought it to life in a way I hadn’t heard before. 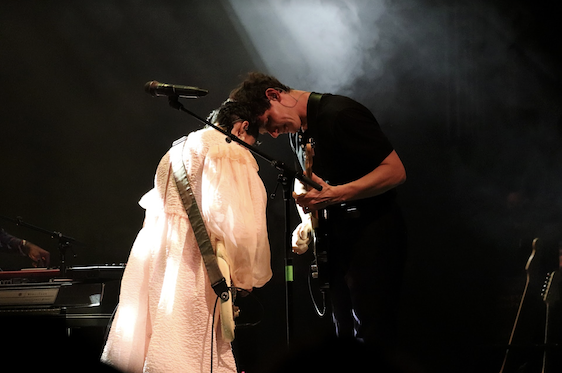 Walking back on stage with some witty remarks about feeling flustered like Kirsten Stewart in Twilight, Zauner welcomed the music back for an encore with a fervent end. The grand room she stood at the front of was so quiet you could hear every individual guitar strum throughout the hall. Slowly, the rest of the band returned while Zauner had an insane guitar solo at the end of “Posing For Cars.” With her nuance and depth, Zauner made me feel like we were taking the same breath. She closed the show by gently touching her forehead to her husband’s. They concluded their show with a declaration of their love, reflecting the beauty and passion of Japanese Breakfast’s music and performance that night.