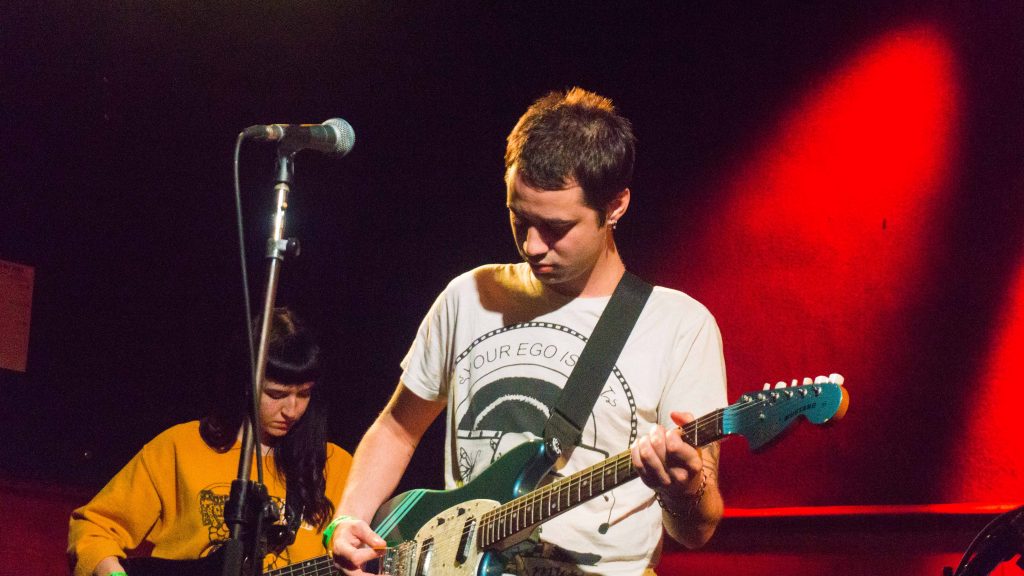 The night after I wrapped up all my finals for the quarter, I was lucky enough to pick up a couple passes to Jay Som and Justus Proffit’s joint set at Schubas’. Full disclosure, I had no idea who the latter was before their joint EP, Nothing’s Changed. A couple singles from the both of them dropped over the summer and I found myself listening on repeat. They both have a penchant for unapologetically honest lyrics, and Jay Som’s electrified bedroom pop meshes perfectly with Justus Proffit’s more acoustic and introspective style. The EP itself was only a brief 5 songs, and left me wanting a lot more. 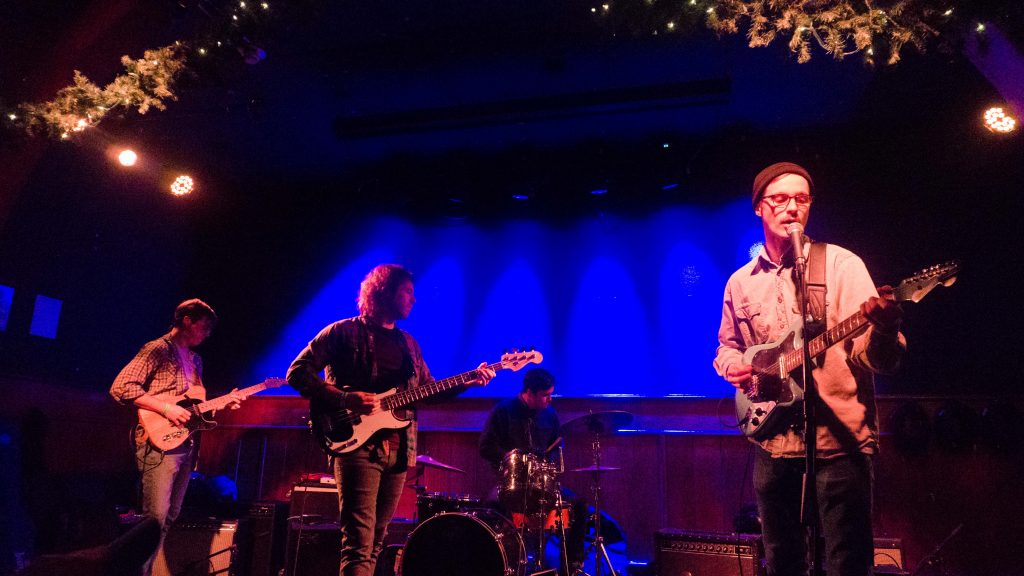 Opening the night was a local Chicago band Discus who played some cuts off their recent EP. Their bare bones, guitar driven songs were met with a lot of head nodding from the 20 people ambling around the back room of the bar. Despite the small crowd, their set was really fun. 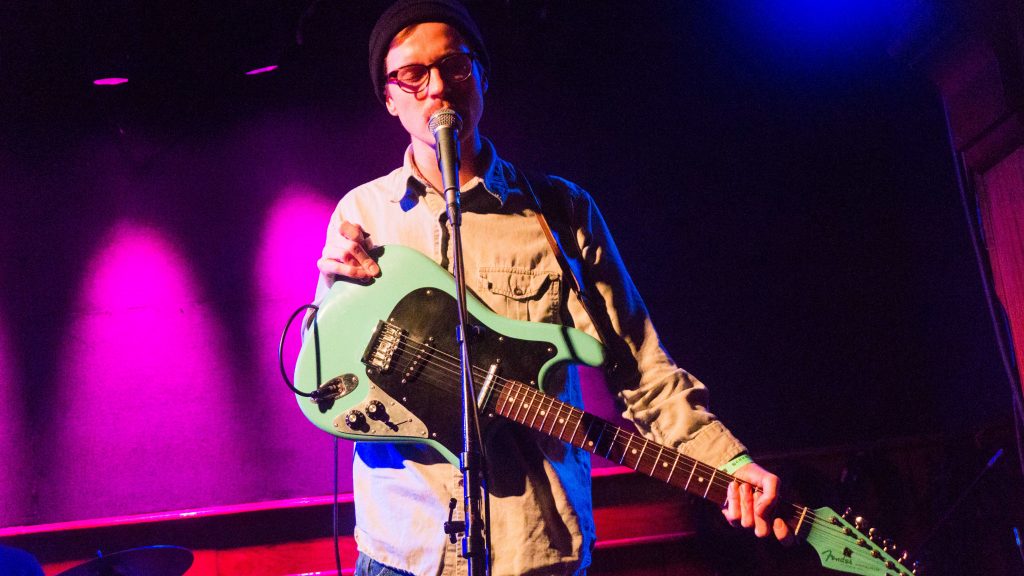 Schubas’ has to be one of my favorite places I’ve seen music so far in Chicago. “Intimate” is a word that gets thrown around a lot when people talk about concerts, as some sort of way to describe the way a good artist can make any room feel small. It’s in that transcendent space where there’s no division between those on the stage and those in the crowd. Schubas’ back room was intimate in a very different sense of the word. There is no backstage, no expansive lighting or visuals to accompany the music, and no barrier with large menacing dudes patrolling the edge of the stage. When Discus finished playing, they hopped into the crowd to join the audience, and Jay Som and friends emerged from the crowd to set up their stuff. It all felt very informal and unrehearsed in the best way. 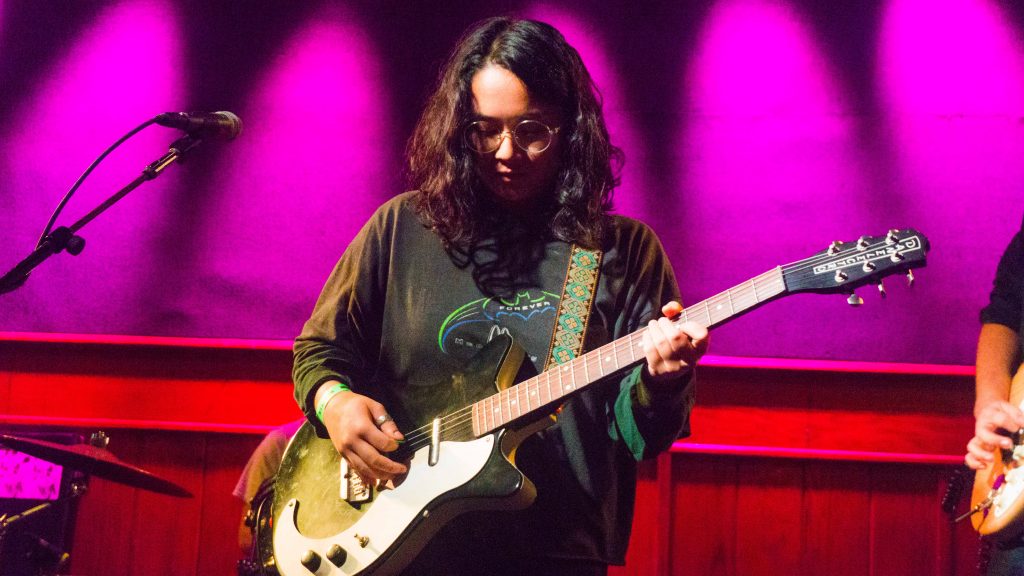 Jay Som and Justus Proffit mostly stuck to their music, save for a very sincere “thank you” from Melinda Duterte between songs. They played with three guitarists, giving many of the quieter songs from their EP a much fuller sound. With only 5 songs they had recorded together, they each played a couple of their own singles, reworked with the full band. They finished the set out with Justus Proffit’s “angel of mine” and one of Jay Som’s more popular cuts “The Bus Song.” It was really cool to see two artists with distinctly different styles come together on a project and strike the perfect balance between their two unique sounds. 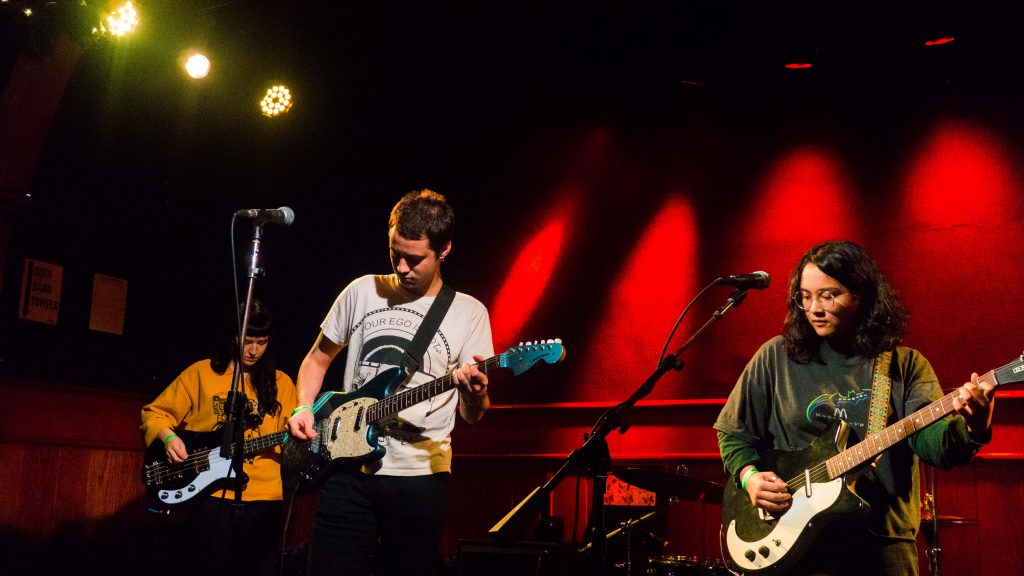