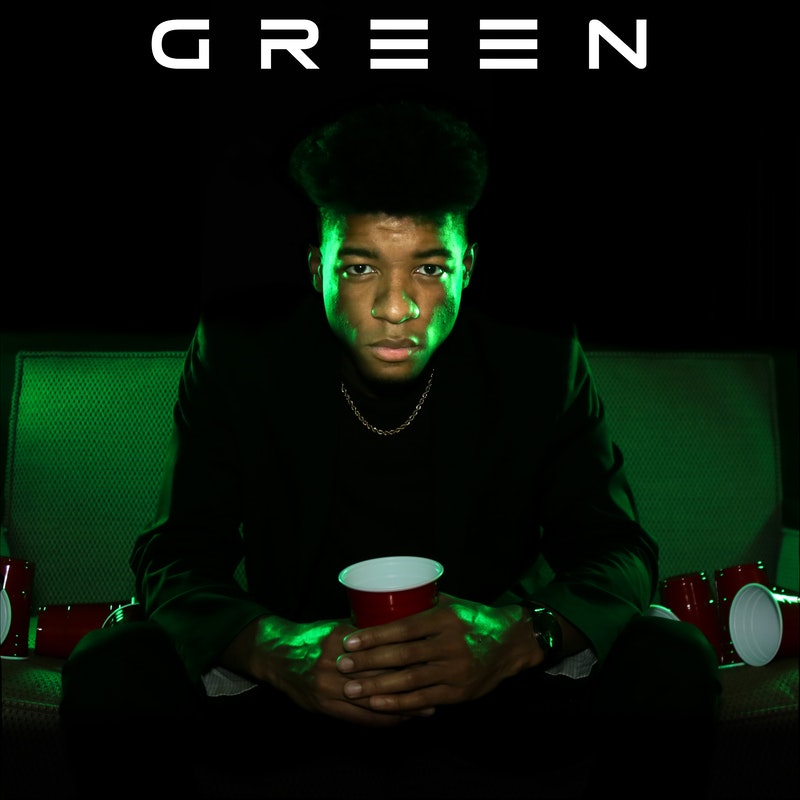 School of Communication junior Jay Towns is the jack of all trades: photography, music, acting, YouTube creation and more. His new single, “Green,” which dropped mid-November, is just one example of how he, a burgeoning media creator and artist, is vying for a foothold in the music industry.

Towns, a theater major with music technology and entrepreneurship minors, wrote his inaugural album, 2K, during the middle of lockdowns and social distancing orders. “Green,” though, the latest of his many singles, is a commissioned track for a Northwestern student’s short film “It’s Not You, It’s Me.” The short film, directed by junior Hannah Lindvall, follows a group of people right before COVID-19 forces global shutdowns, and Towns’ song plays during one of the last parties they attend.

“Green” has it all: a driving beat, layered vocals, classical piano and a through-line theme demonstrated when he says “Married to the money, I’m committed to the green, yeah.” It is perfect for driving down the highway, a party with your friends (COVID-19 compliant) or even a hype workout playlist.

While writing “Green,” Towns says he drew upon the experience of being surrounded by his peers at Northwestern. He says the talent and drive his fellow students have pushed him to be the best artist he can be—and to love every step of the way.

“I think that creating art in order to get some relevance from it or capitalize on it is totally a valid option. But that’s not the way that I really work,” Towns says. “It was really cool for me to make something that was not just for me, but is actively being used in something else that has a greater purpose than just [the song] itself.”

He says he is grateful for the ability to network in a community where artists are uplifting other artists along their respective careers.

After a mutual friend referred Towns to Lindvall, they began working together to create “Green.” “I was very flattered that [Hannah] took the time to listen to my music,” Towns says.

While “Green” contributes to the meaning and plot of the film, Towns also saw an opportunity to try to cultivate what he calls “hip-pop” and inject his own life experiences into his music. Citing inspiration by artists like The Weeknd, Towns says “Green” is both an extension of his personal style and a “jumping-off point” for the style where he hopes to take his music. Towns’ use of electronic beats, ad libs and rhythmic vocals give the song a style that toes the line between hip hop and pop, capturing the best of both.

A commissioned piece is a landmark for his music career, and Towns says he would be pleased if the track brought commercial success to “It’s Not You, It’s Me” and his own name. “If the stars aligned, I would in a heartbeat take this as my career,” he says. Even though he recognized the chances of making it big are slim for any young artist, he is not ruling out that possibility.

To that end, he hopes to produce music that won’t just influence his audience, but will have a positive impact on their lives beyond the listening experience. While “Green” plays during the short film, the characters decide to go to a party, having fun with reckless abandon while giving little consideration to the potential repercussions, and Towns says that the lyrics reflect this sentiment. In this case, though, he hopes people can understand how “Green” is portrayed as a lesson, contributing to the overarching theme of responsibility in the film.

“At the end of the day, it’s a privilege to have your voice matter, and everyone’s voice does matter,” he says. “For people to refer to you when it comes to a decision … I’m trying to take that in my stride.”

“Green” is out on all major streaming platforms now.