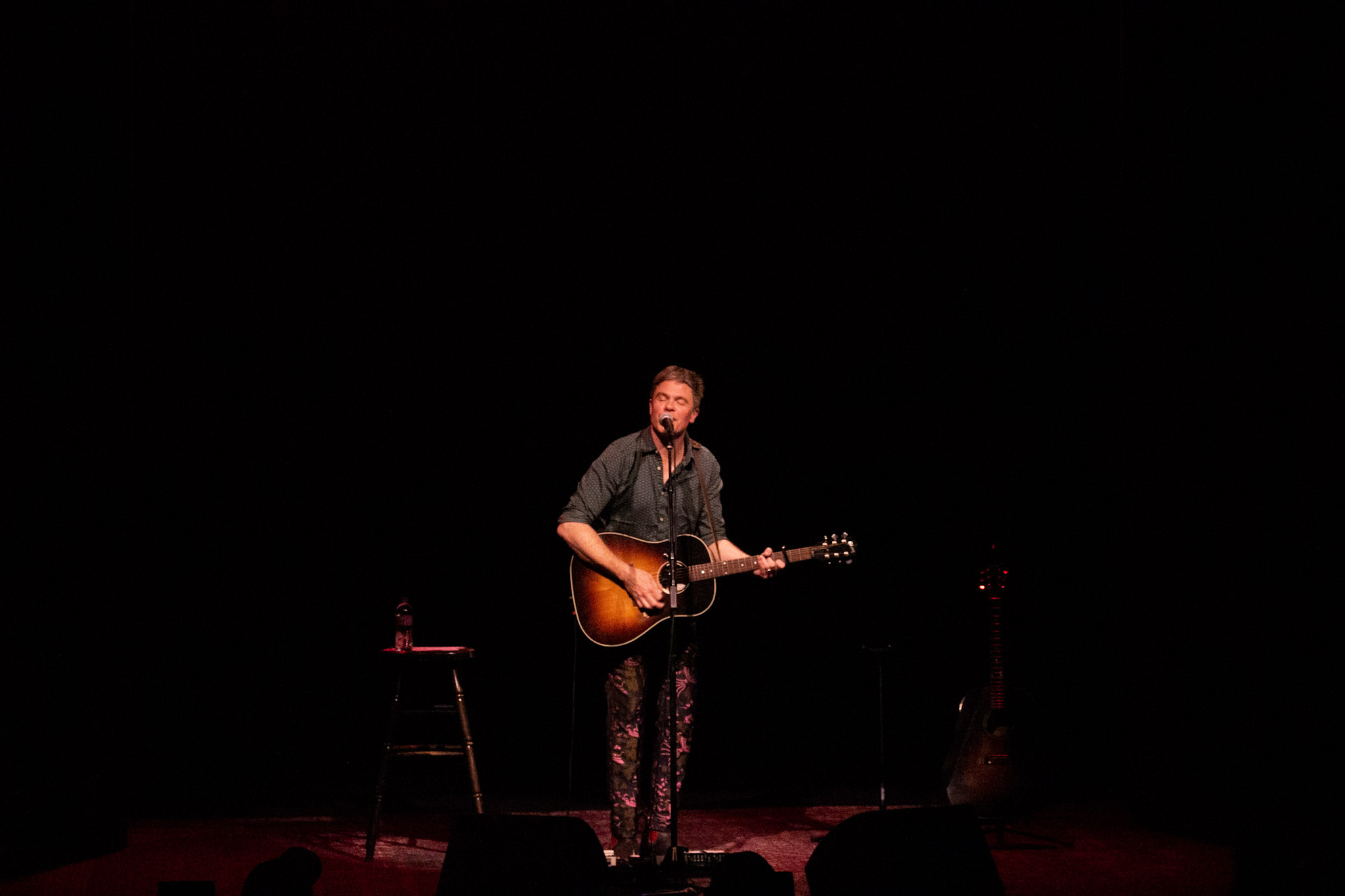 “I’ve been planning my outfit for over a year,” Josh Ritter quipped on stage at the Old Town School of Folk Music on Saturday. Motioning to his purple floral pants, he continued, “And this is what I chose.”

Ritter treated fans to an intimate acoustic show inside the venue’s Gary and Laura Maurer Concert Hall — which resembles something between a community theater and a church — with songs from across his catalog spanning 22 years. Saturday’s show was much different than Ritter’s last trip to Chicago — when he electrified the Vic Theatre with his Royal City Band — but no less special. Seated at tables and pews, a masked audience swayed and quietly sang along to Ritter’s stripped-down set.

Alone with a guitar, Ritter opened with the finger-picked “Thunderbolt’s Goodnight,” complete with a melodic hum and meditative hook: “I thought the sun was going down / But the sun was coming up.” The Idaho singer-songwriter also showcased many of his beloved romantic songs — like “Strangers” and “Me & Jiggs” — alongside grandiose fictional adventures — like the seven-minute epic “Another New World,” which tells the tale of a rock-ribbed explorer journeying north on the Annabel Lee, based on a poem by Edgar Allen Poe.

Ritter earned an awkward laugh during the solemn “Best for the Best” when singing the lyric, “I realized that Illinois was more than I could stand.” In between lines of the stanza, he giggled, “Shit… I didn’t think anyone was listening.”

Ritter diverged from the set list he had planned for the night quite a bit as the show progressed, playing an unexpected cover of Jimmy Durante’s 1965 ballad “Make Someone Happy” and a few unreleased new songs. Talking about his new novel about lumberjacks, The Great Glorious Goddamn of It All, Ritter played the lullaby-esque “Some Somewhere,” which is woven into the book.

The crowd erupted at the first strum of the transcendent love song “Kathleen,” and you could tell Ritter was giddy about playing it. It was the only song of the night for which Ritter jumped into his upper vocal register, belting out, “I won’t be your last dance, just your last goodnight / Every heart is a package tangled up in knots someone else tied / I’ll be the one to drive you back home, Kathleen.”

Other highlights included “The Temptation of Adam” and “The Curse,” two of Ritter’s greatest exercises in storytelling, as well as the night’s closer, “Snow Is Gone,” which Ritter delivered with a wide grin plastered on his face.

Ritter played again at the Old Town School of Folk on Sunday and is now completing his tour on the East Coast.