If Josh Ritter smiled any harder, he wouldn’t be able to sing. On May 23, the dimpled singer-songwriter brought his Royal City Band to the Vic Theatre in Chicago, the city where—many years ago—he played his first show away from home.

Ritter opened his set alone with the somber, spooky “Idaho,” named after his home state. The audience watched in admiration, following Ritter’s lead on the chorus and hummed outro. The band, made up of guitarist Josh Kaufman, bassist Zack Hickman, pianist Sam Kassirer and drummer Ray Rizzo, then joined in for the shuffling “Good Man” and twangy “On the Water.”

Spanning his vast discography, Ritter and Co. broke out newer hits like “Getting Ready to Get Down” among aged fan-favorites like “Hotel Song.” Segways between songs were filled with the audience’s supportive heckling (loud “thank you”s) and Ritter’s illustrious storytelling. He interrupted a song to recount the time he left his beloved CD booklet atop a parking garage in Chicago, realized after he had driven to Wisconsin, drove back and found it untouched. 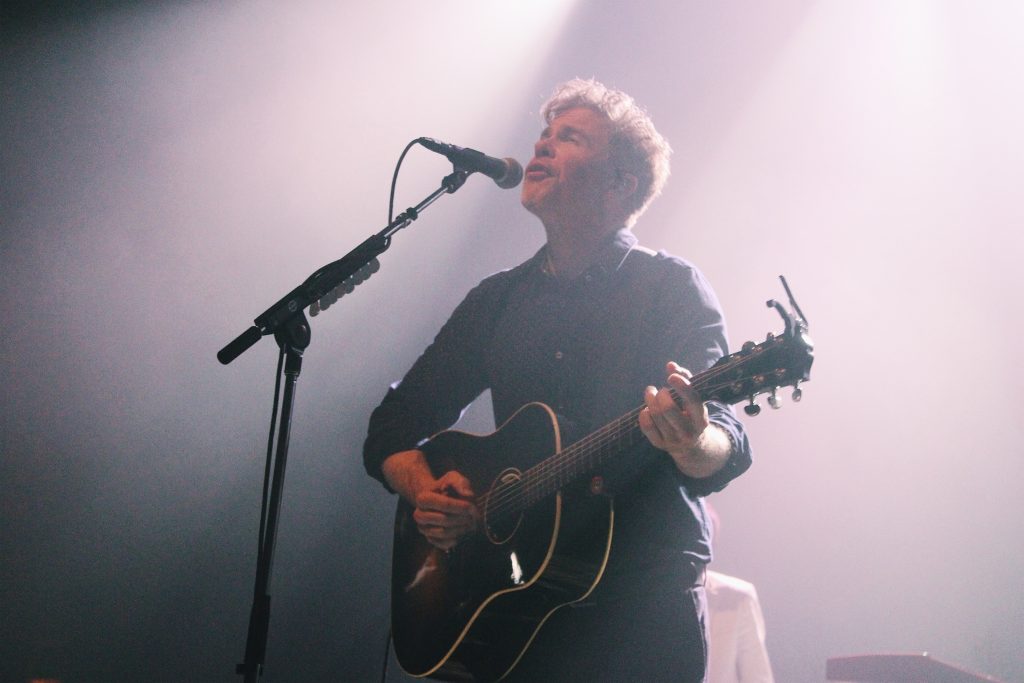 Ritter stunned fans with the brilliant pre-apocalyptic ballad “The Temptation of Adam,” in which the narrator contemplates blowing up the world to preserve an isolated love “in a top-secret location three hundred feet under the ground.” The song’s blooming imagery brings to life an unusual romance: “Pretend this giant missile is an old oak tree instead/And carve our name in hearts into the warhead.”

On songs like “Henrietta, Indiana” and “Thin Blue Flame,” Ritter rapped nearly breathlessly, while on songs like “Thunderbolt’s Goodnight” and “Empty Hearts,” his vocal melodies left space for lush instrumentation.

Kaufman’s guitar playing is a thing of meticulous erraticism, full of careful screeches and bellowing bass notes, adding texture and juxtaposition to Ritter’s clean acoustic sound. Hickman—who was dressed for the 1893 Chicago World’s Fair, Ritter joked—alternated between an upright bowed bass and a sleek electric one. 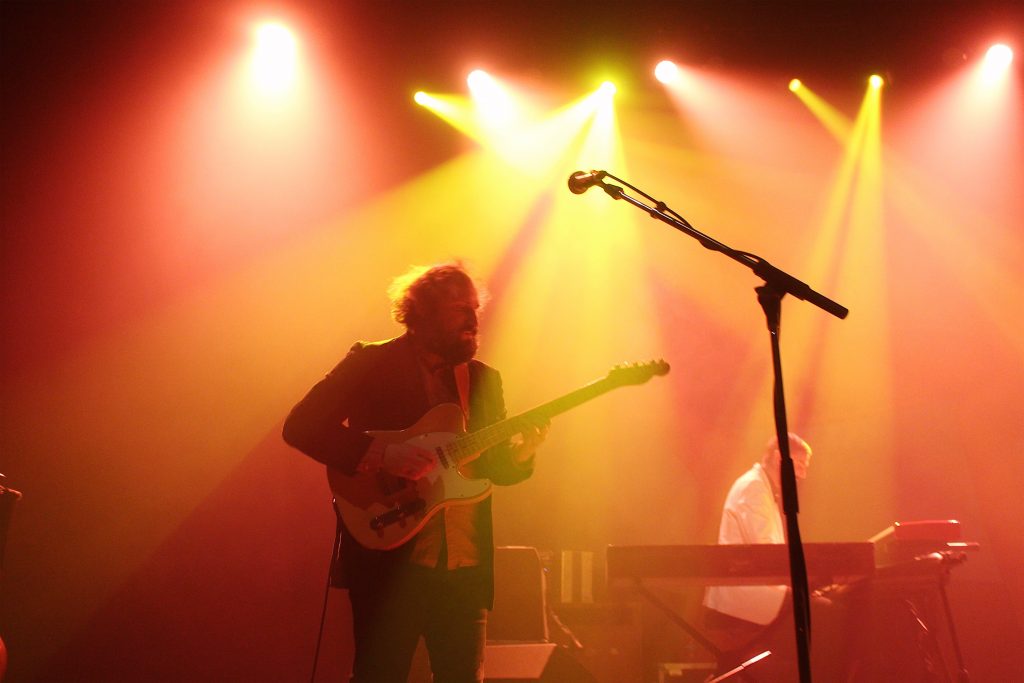 Midway through their set, The Royal City Band gathered at one microphone at the front of the stage and performed a couple songs acoustically. The crowd yelped in excitement when Ritter sang, “All the other girls here are stars, you are the Northern Lights,” the opening lyric to the ever-charming “Kathleen.” The scaled-back rendition accentuated the song’s gentle side but lacked the electricity of the beloved Live at the Iveagh Gardens version.

The upbeat “Old Black Magic” and “Losing Battles,” both cuts from 2019’s Fever Breaks, showcase the Royal City Band as a tight rock ‘n’ roll quartet. Ritter’s new material also highlights his lyrical range, from romantic (“My heart is a silver fish on the line of your laughter”) to political (“I saw the children in the holding pens/I saw the families ripped apart”).

Before its three-song encore, the band closed with Ritter’s most fun song, the Dylanesque “To The Dogs or Whoever,” which overflows with vibrant one-liners (“Lemonade on your breath, sun in your hair/Did I mention how I love you in your underwear?”) and tongue-twisters (“Do you ever think they ever thought they got what they deserve?”). The entire Vic Theatre sang along on the stomping chorus: “I thought I heard somebody calling/In the dark I thought I heard somebody call.” 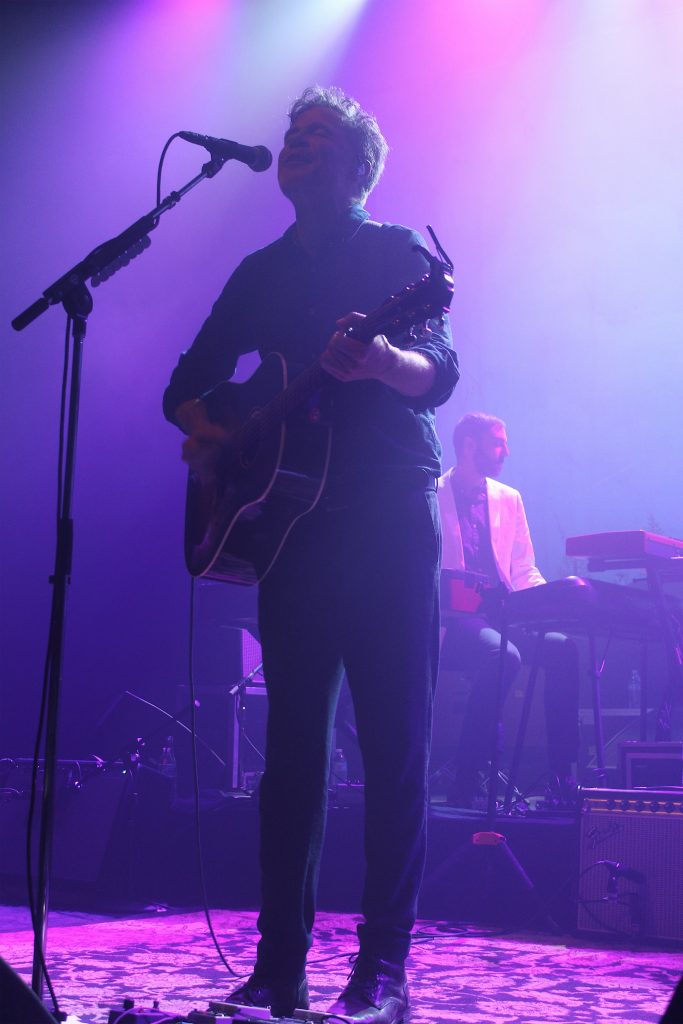 During the glistening “The Curse,” part of a three-song encore, not a single smartphone was held in the air. The song is piano-driven and spacious, a baroque ballroom ballad that moves like a waltz. It tells a heartbreakingly beautiful story through a metaphor of a girl falling in love with and devoting her life to a mummy.

Ritter ended the night with “Homecoming,” a soaring, dream-like ode to the town in which he grew up. It’s got an anthemic Springsteen spirit and a Jack Antonoff pop overlay. The entire Vic Theatre held its collective breath during the quiet bridge before the final explosive chorus, filled with dazzling keys and meditative “homecoming”s. The entire balcony rewarded the band with a standing ovation before they took a bow and walked off stage. However, the energy remained high in the venue long after the show had ended.

While his charm is most apparent in his radiant grin, the true magic of Josh Ritter lies in his storytelling—the poetic brilliance of each song’s unique universe revolving around the band’s Americana bliss.