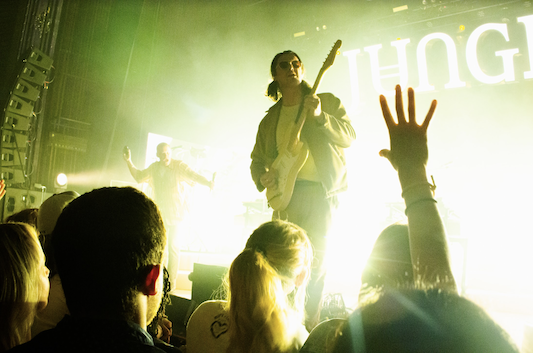 In a smoky haze, Jungle emerged, backlit by a bright sign displaying their name and carried by deafening cheers. Earlier, opener Adaline set the mood for the night, and the spirit of disco was back in Chicago.

The London-based funk collective launched into heavy hitters like “Talk About It” and “Keep Moving.” It felt less like a concert and more like an hour-and-a-half dance party, as the band bounced as fervently as the crowd, lost in the rhythm. This was undeniably the most lively audience I’ve ever experienced, thrumming with the energy of people who had been blasting the band’s third album, Loving in Stereo, since its summer release and now finally had the opportunity to let loose. In reality though, the crowd ranged from freshly minted fans to veterans who’d been following the band around on its U.S. tour, but it was evident that they all came with the same mission: turn the Riviera into a disco.

Originally a duo composed of long-time friends Josh Lloyd-Watson and Tom McFarland, Jungle has expanded to a seven-piece project that includes George Day (drums), Jordan Hadfield (bass), Geo Jordan (percussion, guitar, keyboards, backing vocals), Lydia Kitto (keyboards, backing vocals and flute) and Andreya Triana (backing vocals and the Funkiest Person I’ve Ever Seen). The band’s debut self-titled album was short-listed for the Mercury Prize, an award given to the best album made by a British or Irish band, and their work has been featured in a variety of media from Apple commercials, video games and television shows. The world loves Jungle, and Jungle knows it.

It was during “Lifting You” that I knew Jungle was like nothing I’d ever seen. Jordan swapped his keyboard out for percussion in “Lifting You” as the multi-instrumentalist launched into a bongo solo that soon became an experience I sought after for the rest of the show. Next was funky “Julia,” and Triana struck a distinct figure on stage, grooving hard and looking like a Charlie’s Angel in nude with flame-red lipstick, stealing the spotlight with her powerhouse vocals. It’s evident that the group is talented, as each member is an accomplished and lauded musician, and Jungle displays their collective skill in full-force. Kitto twisted the electronic sound in “What D’ya Know About Me” by flexing her flute and vocal chops, while Day shone on the drums during “Cherry” before everybody donned a guitar for “Truth.” 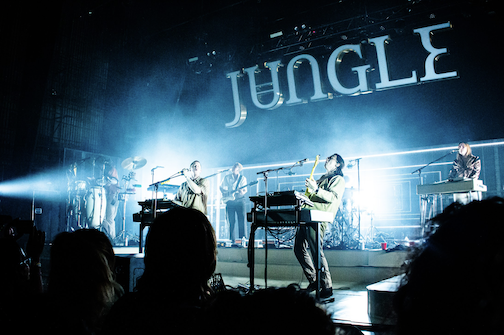 From slower songs like “Beat 54” and “Lucky I Got What I Want” to defiant, avant-garde tracks like “What D’You Know About Me” and funky disco in “Cherry,” Jungle maintained a lighthearted, infectious energy that kept spirits high for the whole set. If you want music to bring a group of people together, play Jungle. They take you to a new world, an untapped wilderness filled with endless bongo solos and angelic choirs. During “Pray,” Lloyd-Watson stepped forward, beckoning the crowd to join the band in its beautiful funky wonderland.

Jungle ultimately concluded the night with a three-part encore from its second album For Ever: “Casio,” “Busy Earnin’” and “Time.” The first two are songs to celebrate the post-social-distancing era, designed to be heard amongst friends and belted in a crowd with strangers. In addition, “Time” is a song that demands be heard live. As the audience became the backing vocals the band is known for, they created a new harmony, adding another dimension to what was already a show stopper. More than anything, Jungle celebrates community as an integral part of their sound and universe. Its famous one-take music videos, directed by Lloyd-Watson, feature groups of elegant dancers, and its music is recognizable for its use of group vocals and floor-filling grooves.

Through it all, Jungle showed me that the magic of live shows is something that cannot be digitized into a track, and that the wait to experience that collective wonder will always be worth it. If you want to know what it’s like to spend ninety-minutes in Boogie Wonderland, go to a Jungle concert. You won’t regret it. 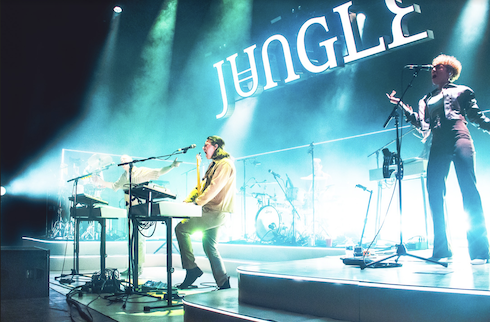