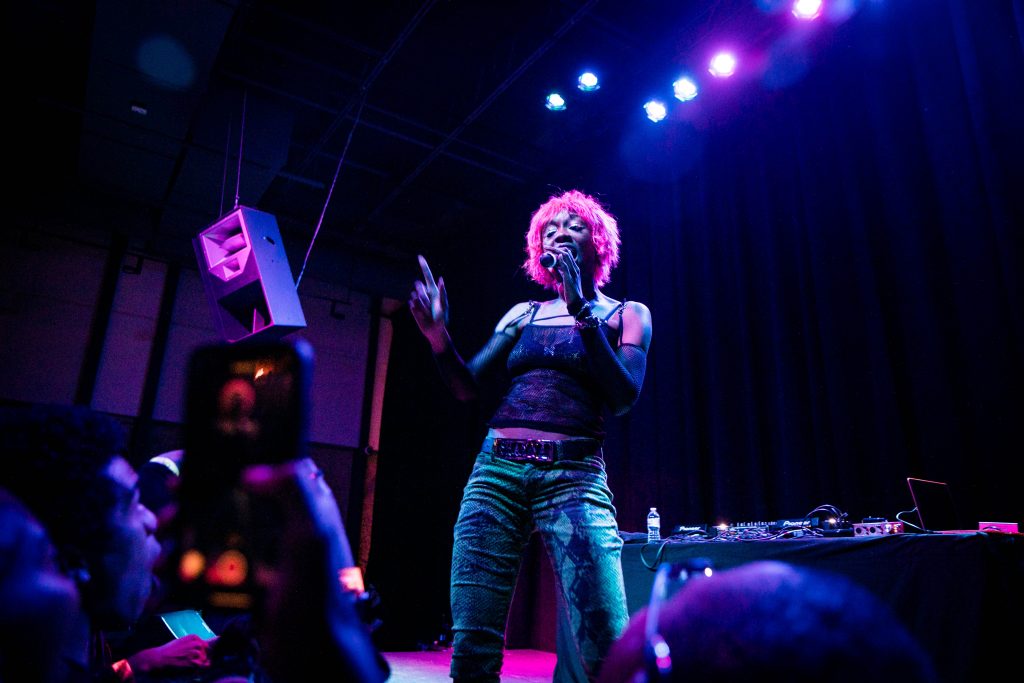 “If you’re fucking with Junglepussy, you know growing is all we do!” Shayna McHale, best known by her stage name Junglepussy, declared this past Saturday at Chop Shop in her first-ever headlining set in Chicago.

With her second studio album, JP3, out this past May, Brooklyn-born Junglepussy has been doing plenty of growing over the past three years – she’s been streamlining her sound and steadily expanding her following with the help of early advocates like Lil’ Kim and Erykah Badu.

After a brief but punchy opening set from Bay Area native Rayana Jay (with an appearance from local R&B up-and-comer Jean Deaux), Junglepussy slinked on to the Chop Shop stage, opening with “Ocean Floor,” a smooth, dance-worthy track off JP3.

“Make some noise if you don’t give a fuck – you ask for you what you want!” Junglepussy said after “Picky Bitch Checklist,” an explosive track from her debut mixtape and the second song in her hour-long show.  Junglepussy quickly set the tone for the night and moved through her set at a blistering pace, pulling the crowd in with her charisma and her messages of self-love and not giving a fuck.

“Trader Joe,” which came towards the end of the night, was easily one of the highlights of the show and a great case study in Junglepussy’s appeal.  “I think I like him more than I like Trader Joe’s / I’ll swallow kids if he start eatin’ vegetables,” she opens, her razor-sharp wit on full display, wrapped in a sleek, hook-laden package.

With the energy and confidence Junglepussy infuses into her music, it’s clear that she tries to transmit that to her fans.  “I want you to leave this show just feeling and believing in your awesomeness,” she tells them, as if they weren’t going to leave feeling that way already. 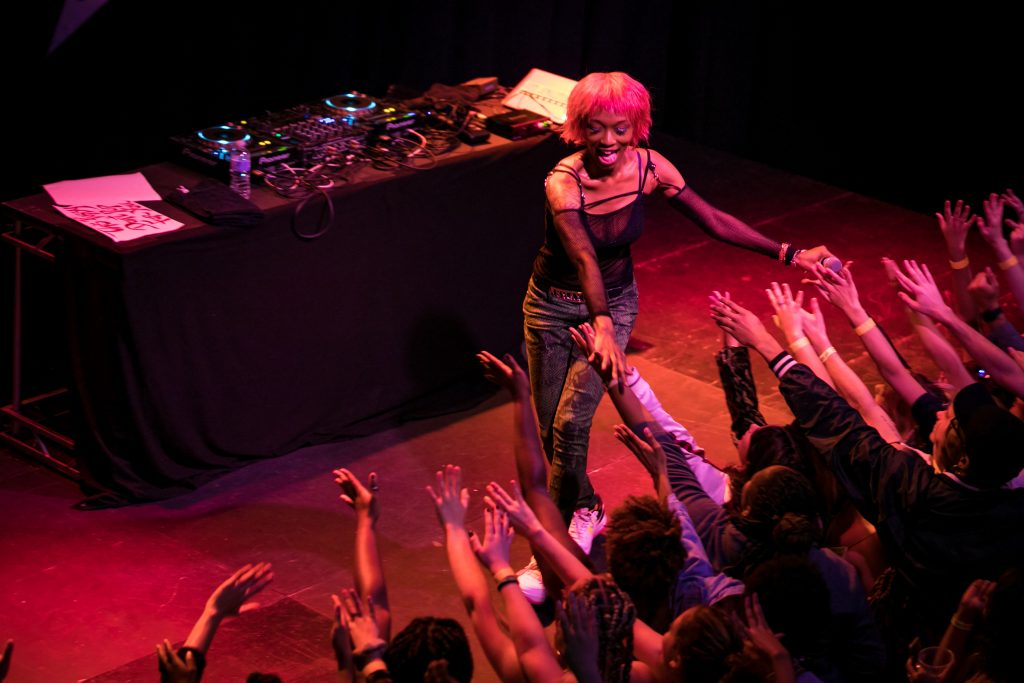