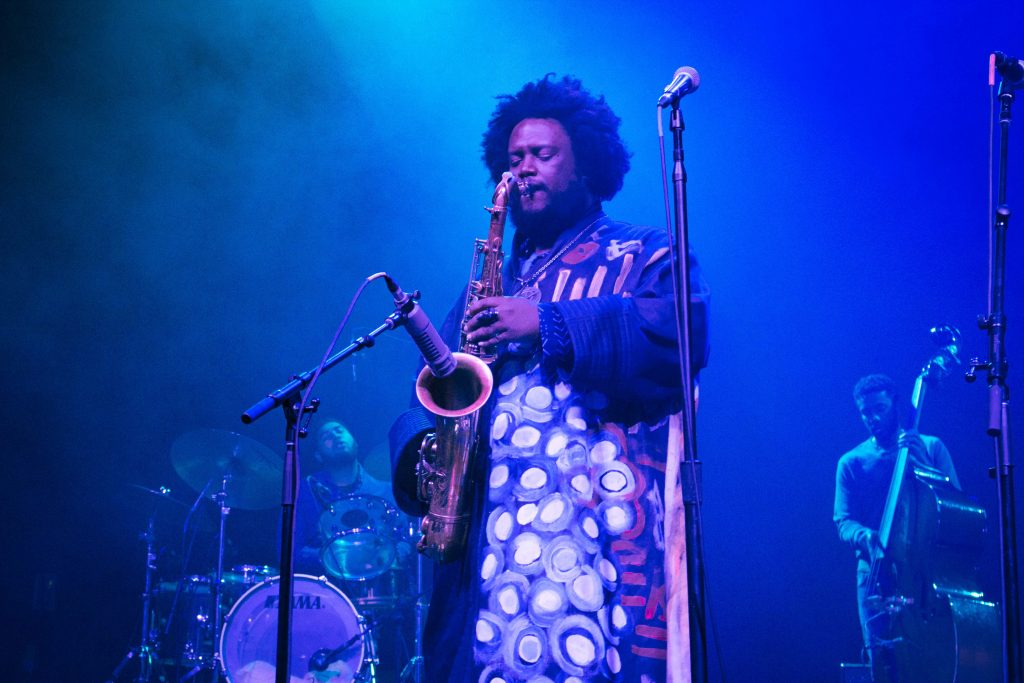 Kamasi Washington at the Riviera Theatre

One specific spotlight projects a circle of bright rays around Kamasi Washington. As this circle of light revolves around him in his painted, floor-length garb with abstract compositions and his tarnished, worn sax, a multitude of uniquely different sounds ooze from the stage, flooding the audience with rich, dense audio information; yet the audience is not overwhelmed by the technical complexity of this sound, as by the time each vibration hits the ear drum, the various textures are one. As the mind processes this harmony, the source of it becomes increasingly clearer: difference. And as one remembers hearing the harmony and then thinking the difference, the overpowering relief of finding Harmony of Difference hits like a high dose of endorphins. Bodies sway in euphoria as the human body that society constantly divides and mandates compartmentalized is all of a sudden realized as whole, all by an artist who refuses to be reduced to only one thing.
Following a three-disc debut album The Epic, this shorter EP Harmony of Difference continues to display Washington’s tireless dedication to maximalist compositions, spiritual performance, and existing outside but being of jazz. While The Epic can be interpreted as the grand entrance, Harmony of Difference is the preceding speech. Kamasi had already introduced himself, and now, it was time for him to deliver what he had to say —both the introduction and the main speech, of course, done in absolute grandeur. 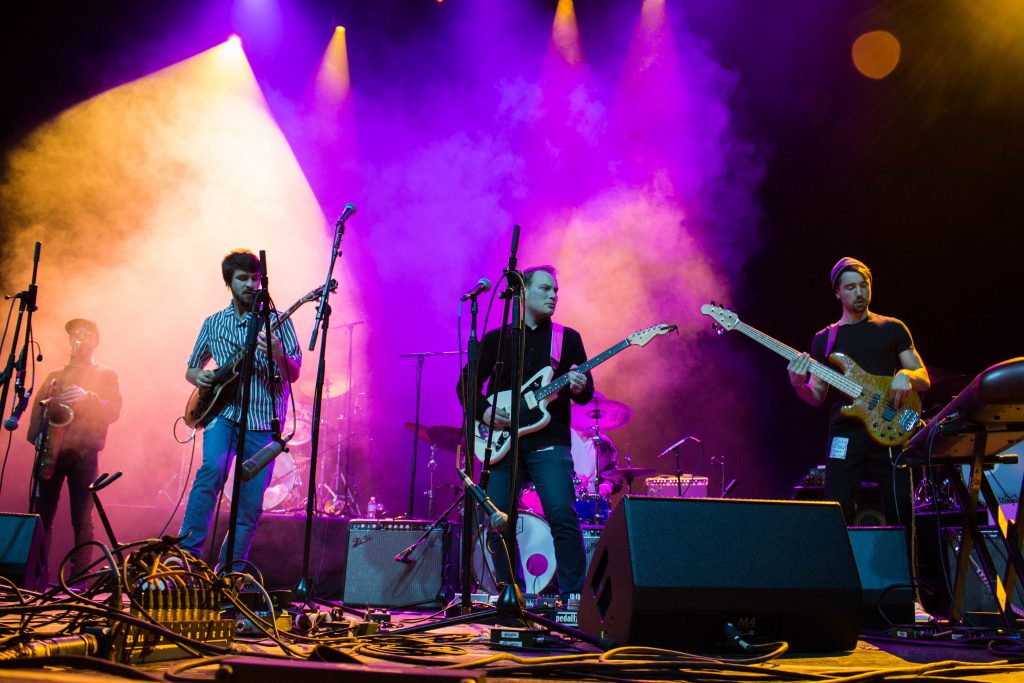 To warm the audience up, opener Pho, a Twin Cities-based progressive funk band took to stage with their groovy, high energy tunes. With modern taste but classical influences, the funk collective started the musical discourse Riviera, Chicago had in store for its visitors that night. Throughout the opening segment, the two guitarists, Spencer Christensen and Joe Paris, faced and observed each other, coordinating their melodies to suit each other’s sound. The duo’s arrangement shifted in tangent with each other, constituting the backbone of the group’s combined sound, while the rest of the band contributed towards this neo-funk experience. 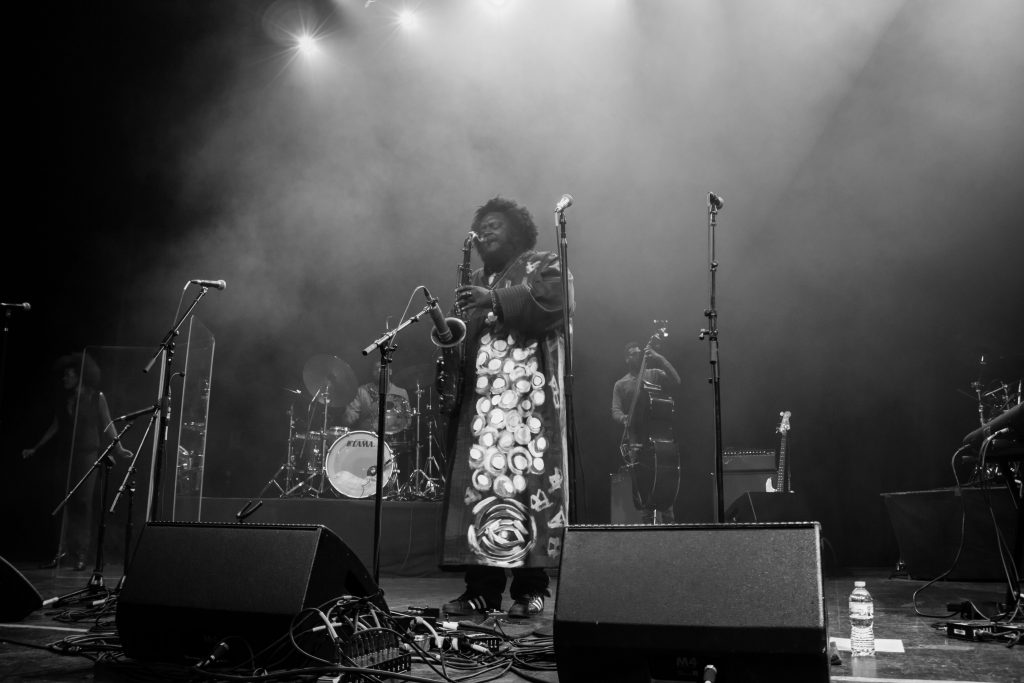 Part of the weight of Kamasi’s performance lied in the recurring theme of memorialization. “Henrietta Our Hero” and, later, “Malcolm’s Theme” — both songs dedicated to figures significant to Kamasi’s life— were musical shrines. One of the highlights of the show was when Kamasi brought out his father to perform Henrietta with the band. To preface the song, Kamasi quoted his late grandma, “It’s not about what you have. It’s about what you do.” Powerhouse vocalist Patrice Quinn belts out the tale of Henrietta —the first instance of the night when lyrics were sung in a song. As Washington and his compatriots performed the lyrical tale of Henrietta, her legacy is slowly laid out in front of the audience’s eyes. Washington’s father who is a flutist broke out into a solo towards the end of the song. As the accompanying band members all played the same melody, creating harmony, not in traditional chords, but in texture, the flutist riffed away, rendering the end of the song an emotional invocation of a mother and son’s bond. Like how one memorable lyric of the song asks, “Can you see her? Her light is here,” the musical resplendence of the song mirrored Henrietta’s soul helped the audience see her and bathe in the aura of her light.

Having set the stage as a space for memorialization, Kamasi ended his set with “Malcolm’s Theme,” leaving the audience with yet another facet to the act of remembering. Layering Malcolm X’s eulogy with loud minor chords, the piece started cleanly but continually and collectively built and got messier till it hit a screeching, chaotic cloud of sounds that defied not only jazz norms, but what is conventionally considered music. Yet as the vocalist literally shrieked on stage, overcome and completely vulnerable with grief, the disorder seemed natural in its brave exhibition of human honesty and was gut-wrenching and impactful beyond measure.
Beyond this musical shrine Kamasi built on stage, the venue also acted as a box of sound for Kamasi to experiment with. “Humility,” for one, was a track that acted as a canvas for Kamasi to splatter paint across. The song starts out simple with a steady beat, accompanied by an equally rhythmic melody. Once again, all band members were performing the same melody, harmonizing with their varying textures. Just as it steadily built to its maximalist peak, the tune dissembled and slowly dissolved into a round of individual solos. The layers that had piled upon each other removed themselves as seamlessly as they had inserted themselves and before one could notice, only one performer was playing. As each player displayed their musical genius on stage, other members stepped aside to observe and admire; as much as the audience was witnessing the band’s craft, the band members were also appreciating each other’s craft. This round of solos end with everyone returning to their positions on stage, reintegrating themselves into the musical formation of “Humility.” 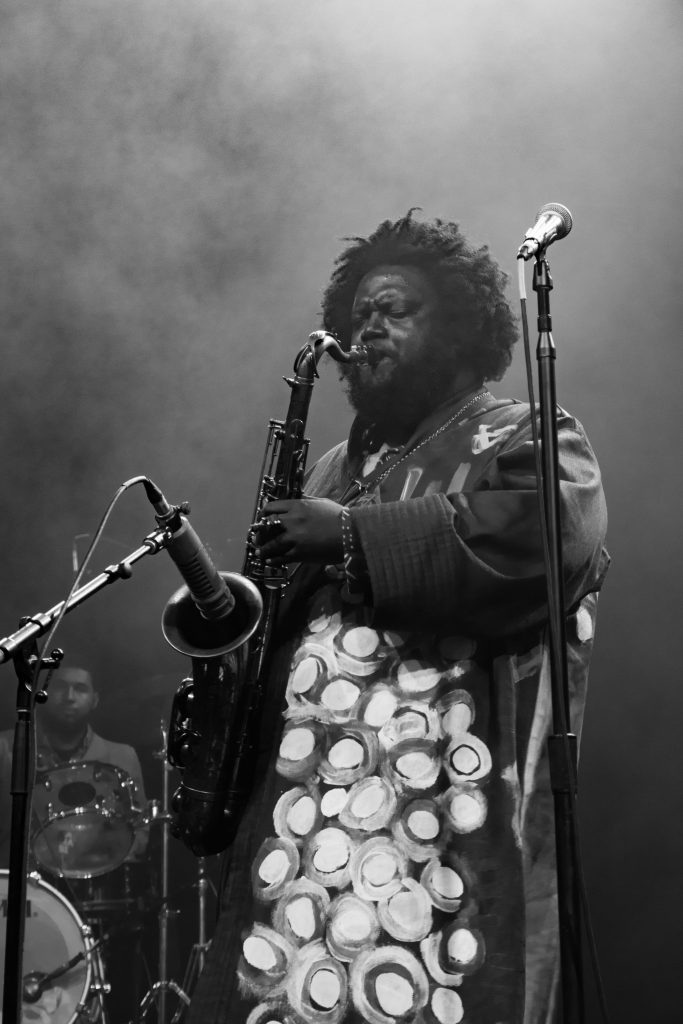 Towards the end of the concert, as if giving the conclusion to a speech, Kamasi elaborated on the purpose behind Harmony of Difference. “I don’t think our diversity should just be tolerated. It should be celebrated,” said an empowered Kamasi, standing under a bright spotlight, looking onto the crowd, observing the very diversity he was speaking to. With that resounding message drifting in the air, Kamasi introduces Truth: the final track on the EP that consists of five difference melodies played at the same time. The song is the physical embodiment of Harmony of Difference and seeing it play out in front of one’s own eyes is parallel to seeing harmonious chaos function in action, proving its legitimacy and helping the audience fully realize its possibility and complex beauty. As the rich compositions rung through the concert hall, the people in Riviera coexisted despite differences. They collaborated in uniting to appreciating great music despite their differences. They were harmonious in their differences as they witnessed and internalized Harmony of Difference.