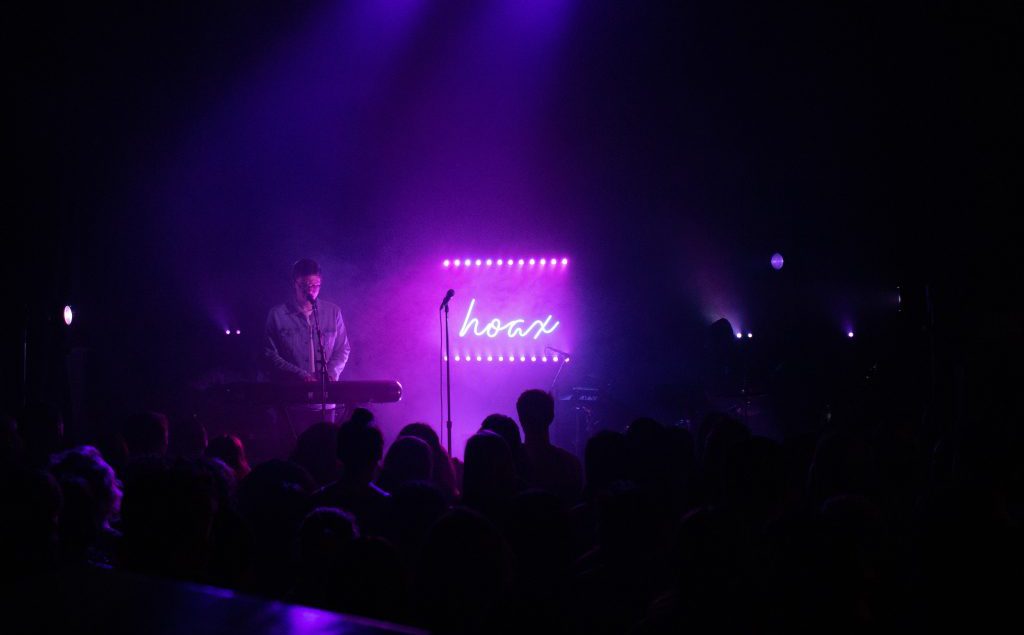 Kevin Garrett’s production credit on Beyoncé’s 2016 album “Lemonade” cemented him as an artist to watch. It wasn’t until this March, however, when he released his debut album, “Hoax.” The album had been in the works since 2012 but according to Garrett, the process may have started even earlier than that; he wrote one song on the album, “Telescopes,” at the tender age of 14. Considering how personal the record feels, it makes sense that Garrett would take his time trying to get the album just right. Mixing heavenly falsetto riffs with heartbreaking lyrics, the sweet-voiced multi-instrumentalist gave the crowd at Lincoln Hall a Mothers’ Day to remember.

Garrett took the stage to a young audience of just the right size; people filled up the venue, to be sure, but the show never felt cramped. At first, Garrett gave off serious introvert vibes; the brightest thing he wore was his green Lincoln Hall wristband and he played his first few songs obscured by stage fog and a blue backlight. It took three songs before he emerged from “the zone” and greet the crowd. In a strikingly monotone, borderline sarcastic, voice, he said: “My name is Kevin Garrett, thank you so much for being here,” By starting off this way, he risked coming off unenthused, but the gamble paid off, as the crowd found it hilarious. Their overall positive feedback contributed to Garrett’s becoming more comfortable interacting with the audience.

Garrett’s overall confidence increased over time; while his vocals felt obscured by the instrumentation at first, his voice got stronger as the set went on. “Control” featured Garrett going to the upper levels of his range and dazzling with riffs without being obnoxious, a practice that eludes college theatre majors everywhere. “Stranglehold” featured his most masterful production arrangement. The layered production was characterized by a repeated whining fade on the chorus and spacey syncopated snares. He juxtaposed these carefully crafted backing tracks with hard-hitting emotional lyrics that sent the crowd into their feelings. On “Precious,” lines like “We’re too far down for closure / Can’t you hear me now, love, it’s over,” had a palpable impact on the audience. The emotional peak of the set came when Garrett covered “Pray You Catch Me,” the song he produced for Lemonade, accompanying himself on the piano. Perhaps as a function of Garrett’s writing style, the stripped-down song almost felt more natural in his voice than Beyoncé’s. Judging by the tears running down fans’ faces as he delicately sang, I would say that at least some of the crowd agreed.

Despite the early trepidation, the crowd work Garrett engaged in came to define the performance more than I had anticipated it would. As the set went on, he took longer breaks between songs to share anecdotes about the album and touring as he tuned his guitar. He innocently checked in with the audience, saying: “Is it going ok?” He mused on how lucky he was to play at Lincoln Hall: “This room is one of the best places to play in the whole world” and the pride he felt when people sang the “na-na-na” outro for “Love You Less”: “You guys have been singing the whole time. It means a lot to me.” Perhaps the best indication of the show’s intimacy was when toward the end of the set, one fan shouted out “Kevin! It’s your stand partner from orchestra, Hannah West!” He seemed unfazed: “This is the second night in a row someone from my high school was here,” and the two briefly caught up before our eyes. 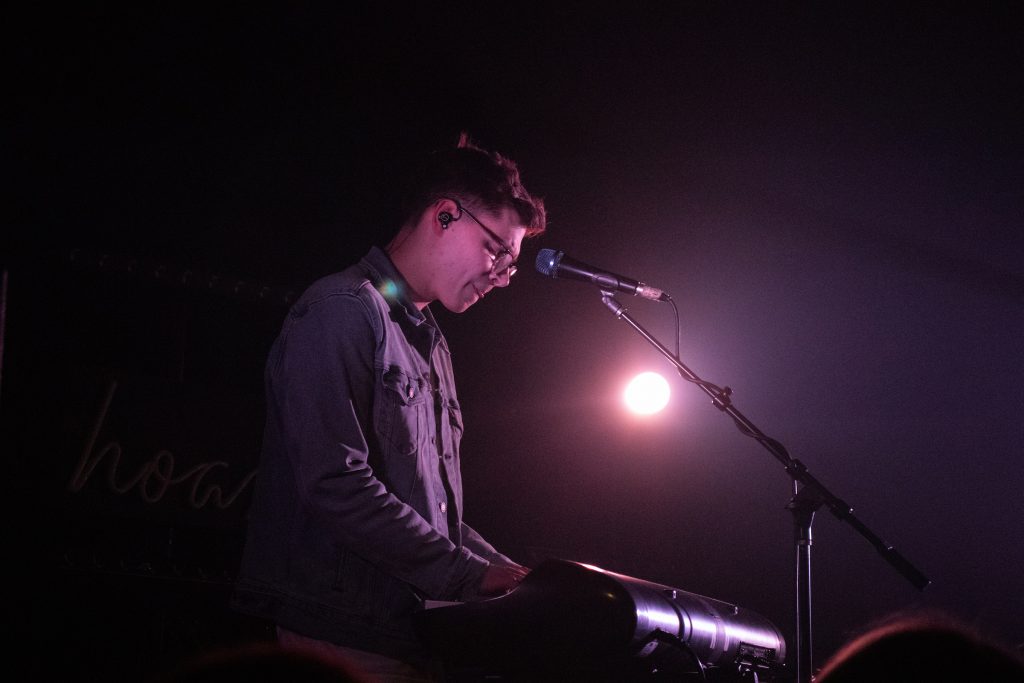 With talents ranging from a golden voice to mastery of multiple instruments to unique production, Kevin Garrett is a modern-day polymath. His ability to combine all of these in an intimate live performance made for a Sunday night to remember.