I expected a major culture shock walking into the Kevin Morby show from the Pilsen Foodtruck Festival. I had just eaten a taco that made my nose run, browsed countless street vendors, went on an earring buying frenzy at one particular tent, sucked down a virgin pina colada that I think was mostly ice cream, and danced (too hard for what I had just eaten) to a Latinx-inspired electronic DJ set. I was not ready to switch gears and step into the world of Kevin Morby, whose sincere sound and meaningful lyrics I thought were going to make me stir-crazy. Luckily, I was wrong.

Sam Cohen, one of Morby’s guitarists and background singers, opened the show up, bringing an energy that somehow matched the energy of the outside festival. He was clearly having fun on stage, and his talent backed him up. I always enjoy a guitar that rattles my ribcage, and Cohen brought it.

In between acts, I had time to admire the charming stage decorations, which included pillow stuffing clouds with twinkle lights and rose bouquets on the microphone stands. I would later realize why I liked this stage setup so much – coupled with Morby’s sentimental sound, the whole picture fit the space of Thalia Hall perfectly. If you haven’t been in Thalia, it’s a beautiful, historic space with ornate ceilings that seem to be a mile high, opera boxes, and a stage that commands your focus. This ethereal setting, combined with the religious themes that overlay Morby’s music, made me feel like I really had been taken to church. 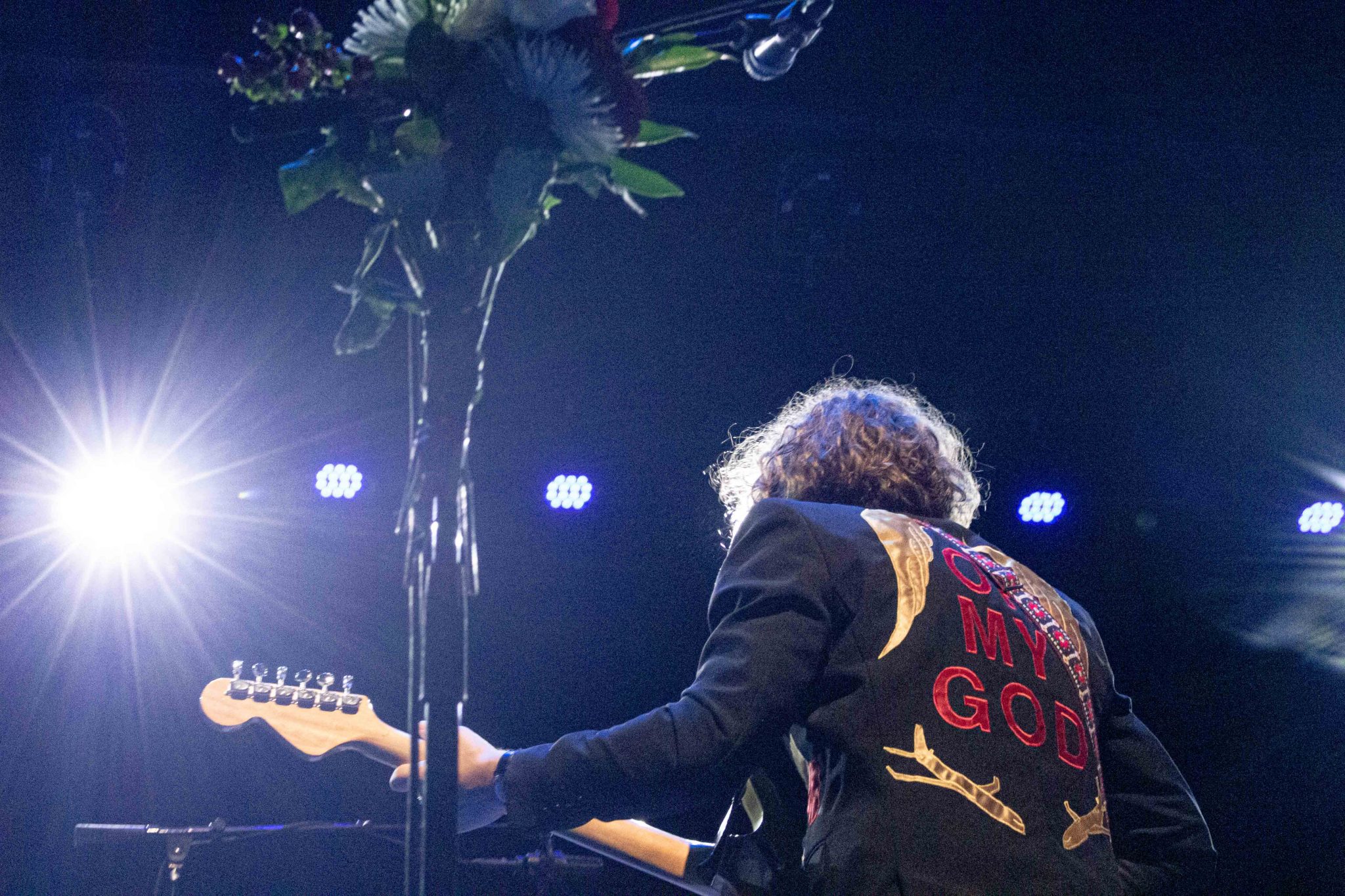 And finally, we get to the man himself. The lights dim on stage and in the crowd, and a recording of an old Western hymn with a fire crackling in the background fills the hushed room. After about a minute in darkness, the lights suddenly go up, and Morby enters the stage in a mariachi-style suit embroidered with angel wings, yellow stars, and the words “oh my God” in bright red letters on his back. The motif of the first song, “Congratulations,” reinforced the religious aesthetic. “Oh my God, oh my Lord” seemed to be repeated by every aspect of the show, the lights, the decorations, the outfits, the organ-y keys and angelic harmonies.

This was the last show of Morby’s American tour, a fact he let us know through a series of sweet comments. He added that it felt “very surreal” to be playing Thalia, and took a selfie with the full band and crowd to commemorate the show. One of my favorite moments of the set was during the last song he played off his new album “Oh My God” (2019). Before starting the soulful ballad, he asked the whole crowd to be as quiet as possible: “it’s an amazing feeling when the whole room… with hundreds of people… gets super quiet… it’s like a bucket list thing.” Surprisingly, the beer drinking Chicago crowd obliged, and we spent a full three minutes completely shrouded in the music and nothing else. Another great moment came towards the end of the set, when he cleared out a “dance floor” in the center of the floor and encouraged couples to slow dance to “City Music,” off of his 2017 album. He closed the show off with a song that was more rock than the rest of the set, but I sensed no annoyance from the crowd, in which everyone was dancing, stomping, and clapping along.

I hope Chicago sent you off across the pond well, Kevin Morby! 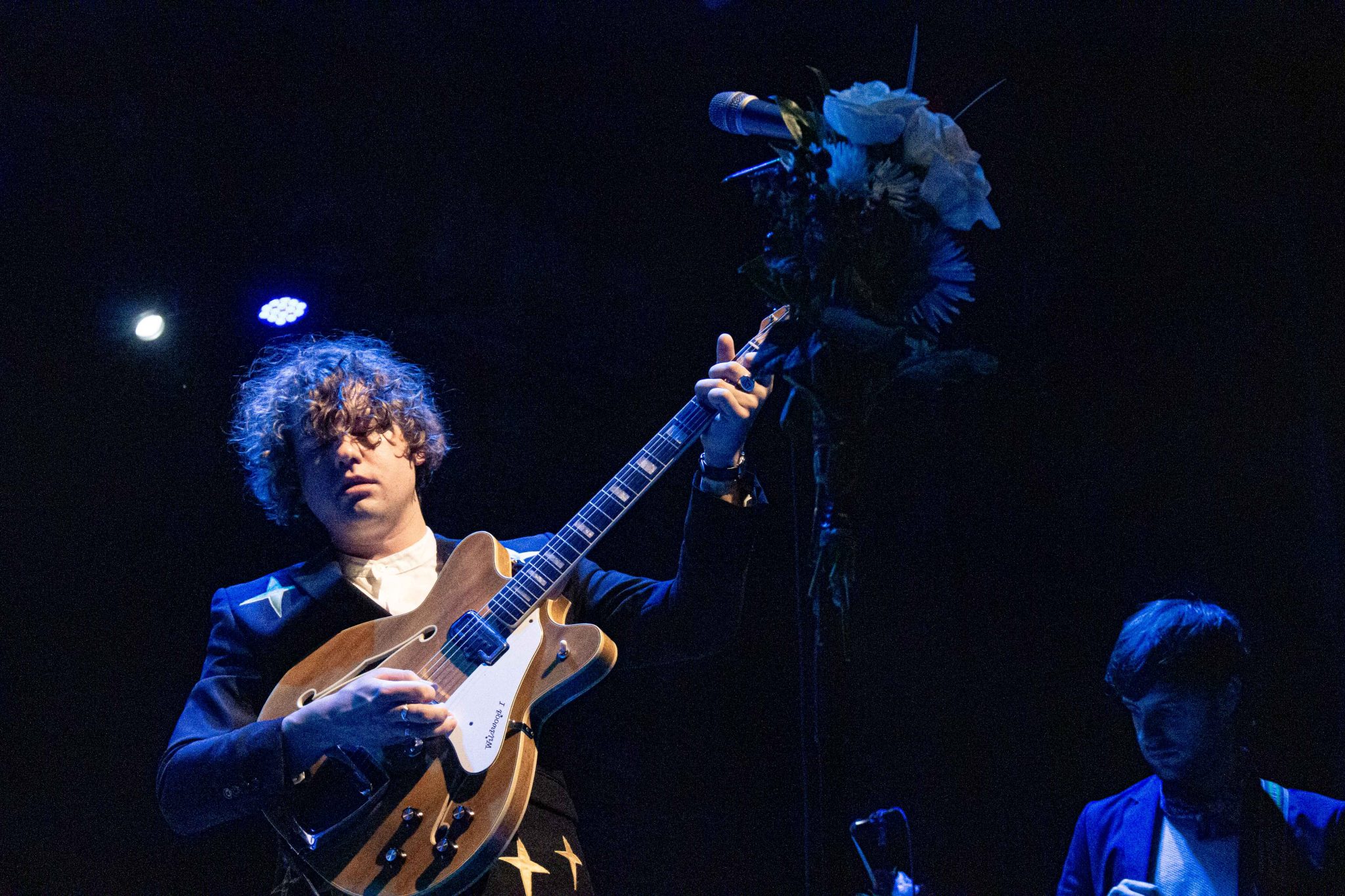