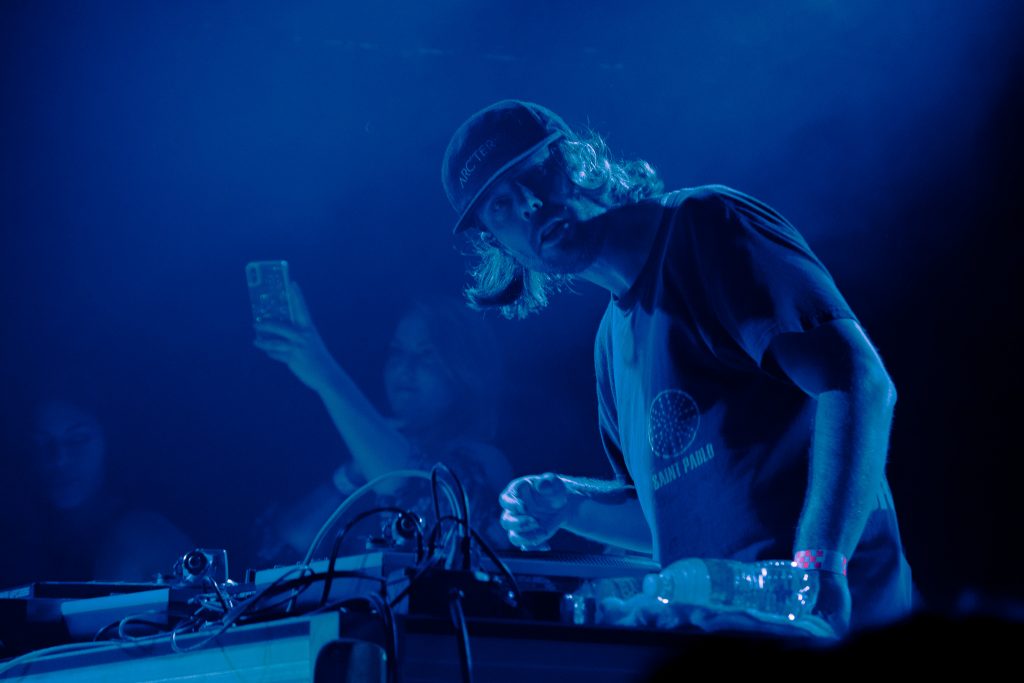 The Bottom Lounge was sold out last Friday in support of Keys N Krates, a trio of electronic artists and live musicians from Toronto. Over the last 10 years, drummer Adam Tune, keyboardist David Matisse and turntablist Jr. Flo have created a live performance empire, combining hip hop, EDM and house. Despite having formed in 2008, the trio just released its debut album, Cura, earlier this year in February. I had the chance to see them at a festival in May, and was excited to check them out in a smaller, more intimate venue. 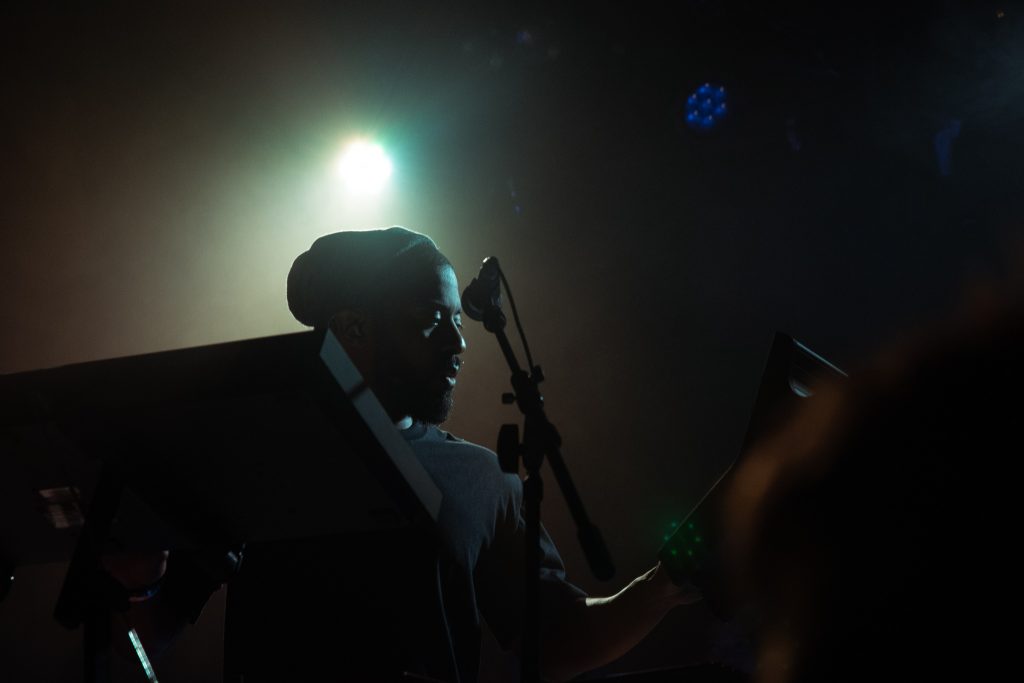 When I say “smaller, more intimate,” I mean it. From my spot 10 rows back, I could see the sweat on Tune’s face and had a perfect view of Flo’s energized, compulsive-looking headbanging. It perfectly with their bass-driven sound, featuring plenty of live playing and mixing. The music was sample heavy, and transitions between songs were drawn out displays of the group’s playing talent – not that I minded. In the middle they switched it up and gave the crowd some of the live remixing that had made them famous. This portion then flowed into selects from their album, including “Music To My Ears” feat. Tory Lanez and Glitter feat. Ambré Perkins. The build into “Something Wonderful” was the highlight of their entire set, starting out bright before turning dark and moody, and then finally dropping into the track’s chorus. 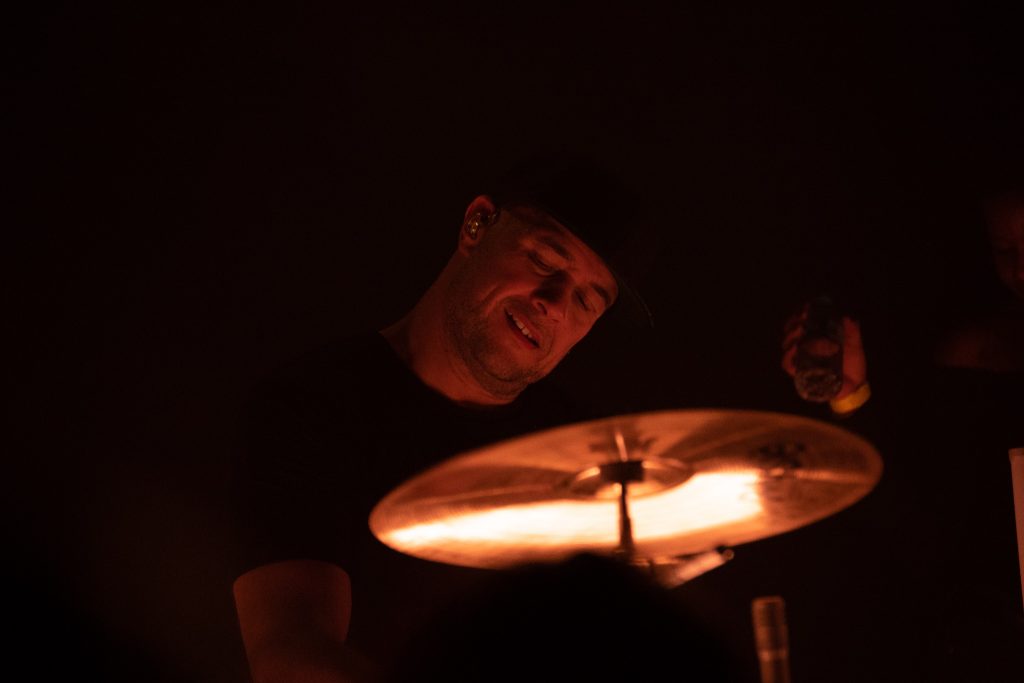 Watching the performance was just as much fun as listening to it. Keys N Krates chose to forgo visuals, instead giving enough energy to create a visual experience all on their own. The three artists genuinely were having a hell of a time, or at least looked that way. Their energy radiated onto the audience, who moved with every beat change and key shift. Let’s not forget there was a row of lucky fans standing behind them facing the crowd (for the entire show, I might add). The fans, with their selfie taking and Instagram story recording, were entertaining to watch at first, but they eventually faded into the background as the music took over. 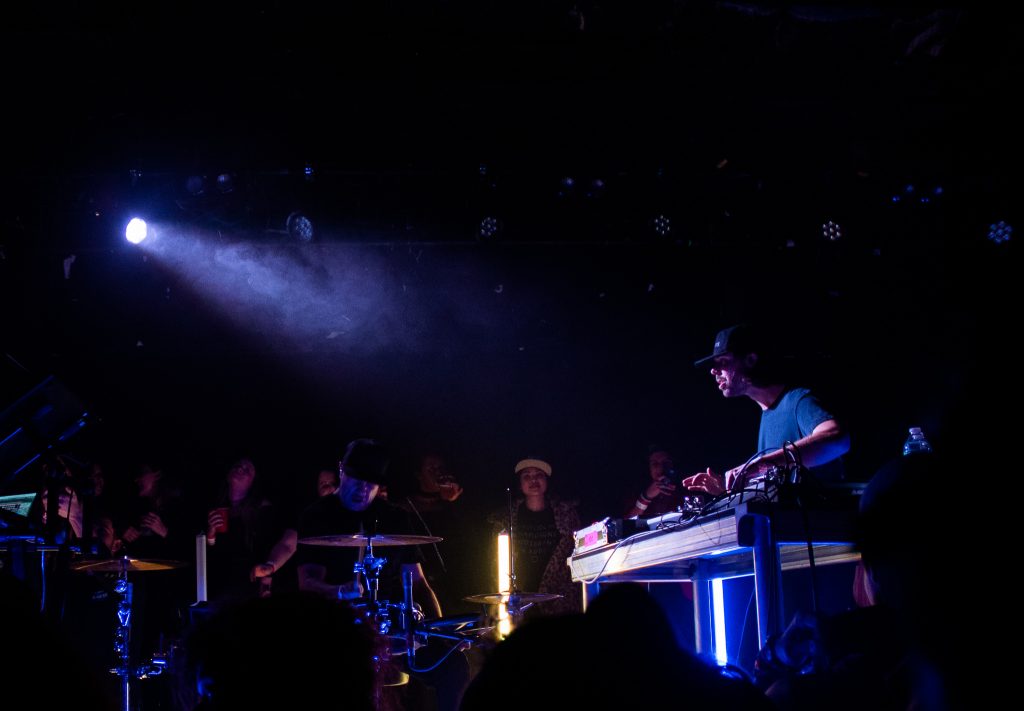 The set as a whole felt like a return to the group’s roots. Playing in a tiny space, returning to live remixing, transitioning to their songs with long, improvised bridges – it all was nostalgic, chill and artistic. Ending with an updated version of their smash hit “Dum Dee Dum” just solidified how classic of a group Keys N Krates is. Their sound is timeless, and their performances are stellar regardless of venue or the music they play. The words “high quality” perfectly sum up the night.