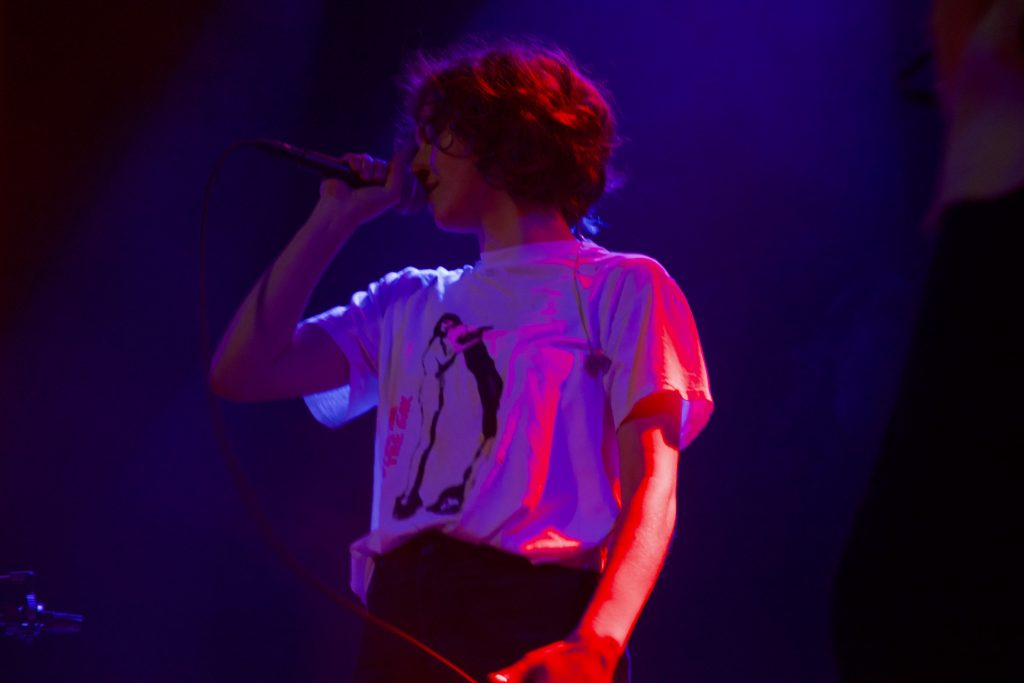 Opening act Banoffee prefaced one of her songs by saying, “This song is written for that special breed of cis man in the world. You know, the ones that walk around in like a future is equality t-shirt but refuse to do the fucking dishes? I know there aren’t any of those in the audience right now, but I’m sure everyone here can relate.” A loud cheer went up; in a majority female and largely LGBTQ audience, most of the crowd could easily understand her sentiment. Although Banoffee’s message was one the crowd loved, the same could not be said for her music. Her songs rang with so much vocal manipulation, I often could not understand more than one or two words. With lyrically repetitive choruses that were just one phrase over and over again and unintelligible verses, Banoffee’s set felt unbearably long.

After Banoffee, Bambi Banks took the stage. I searched on Spotify and Apple Music before the show, with no results; the reason for this soon became evident. Bambi Banks is not a singer, but a drag queen, and from the moment she strutted out in her platinum wig, sparkly blue dress, makeup, and cape, the crowd was entranced. The audience did not stop screaming for a single second out of the three songs she was onstage. The sheer energy Banks managed to produce was otherworldly. 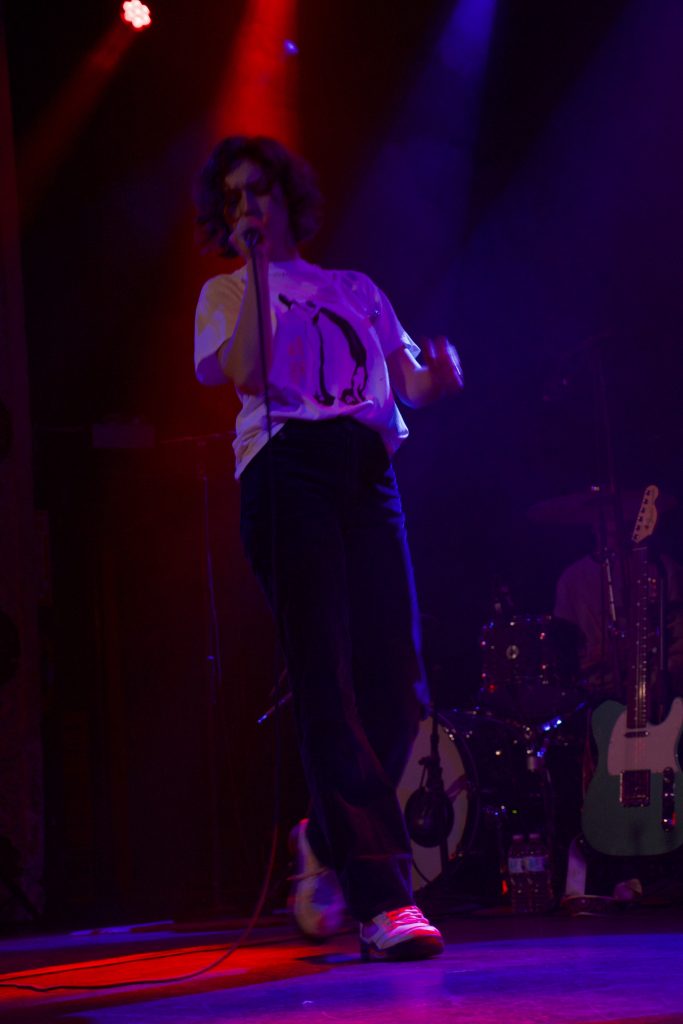 Growing up in New York City, King Princess, born Mikaela Strauss, was on my radar early. I’ve had friends call me freaking out when, on nights out, they saw King Princess from afar, and have seen photos of her yearbook pictures from her New York City high school (not unlike my own). Because of this, she felt tangible to me; a girl only 2 years older than I am, coming from the same city as me, has built up a following that can only be described as worshipful. As Strauss took the stage to the poetic “Make My Bed,” a girl behind me screamed, “I love you Lesbian Jesus!” 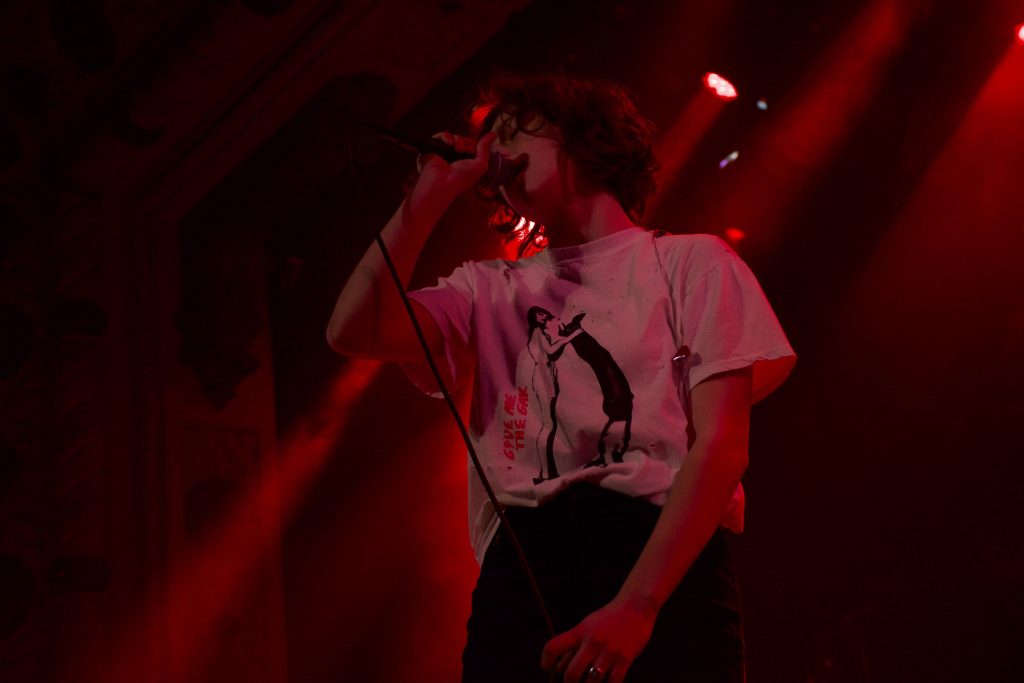 With a smirk and a hit of a silver Juul, King Princess launched straight into an unnamed song from her upcoming record that repeated the hook “I can make grown men cry.” This would set the tone for the night, as she went on to sing only 4 more released songs, and 7 from her upcoming album. From what I heard Friday night, this record is sure to be another hit. The songs varied from slow and sad to catchy hooks complete with copious guitar riffs, and I could see myself listening to every single one of them depending on my mood. 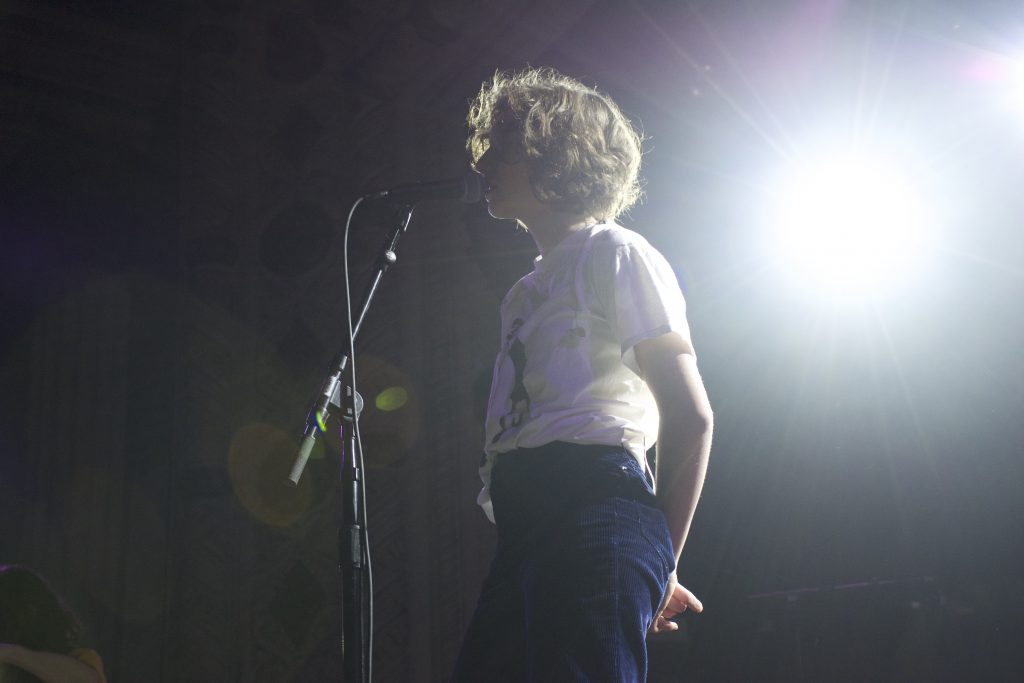 One set highlight was an extended version of her first hit “1950,” which included a long guitar section and a rougher, more raw sounding chorus. After this, she made sure to take a hit off an audience member’s dab pen, while talking about her new “VERY Billie Jean King” haircut and asking audience members what their after-show plans were. “Pussy is God,” which Strauss co-wrote with her girlfriend Amandla Stenberg, was a crowd favorite as well.

She closed her set with “Talia,” coming back for an encore of two new songs and an extremely lengthy and impressive electric guitar section. Notably missing from her set was my personal favorite, the song “Holy,” but otherwise I have absolutely no complaints. King Princess exuded a stage presence many artists years older and more experienced cannot accomplish, and the amount of sheer talent emanating from the stage was remarkable. I cannot wait for the release of her new album and to see her again on upcoming tours.