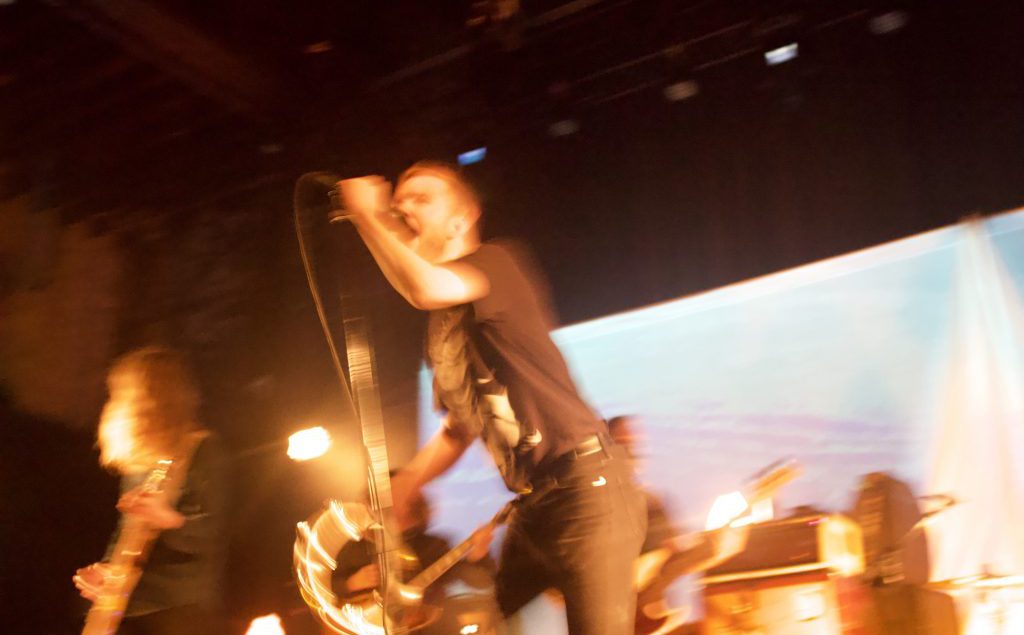 I walked into Thalia Hall on a Tuesday night buzzing with nerves. I was excited out of my mind. La Dispute was one of my favorite bands in middle school, and I felt like I was living a dream being able to take photos of them that night.

La Dispute is a band from Grand Rapids, Michigan. Their new album Panorama is accompanied on Spotify by crystalline figures rotating against pastel gradient backdrops. I was surprised by the new art. The visuals are a stark contrast from their previous album art on Wildlife, Rooms of the House and Vancouver. I thought that this change would represent a significant change in sound, but their new album closely resembles their old without feeling too repetitive.

If you don’t know La Dispute, you should. I would recommend listening to Wildlife if you feel sad and angry, or Rooms of the House to chill out before bed. Panorama is good for both.

I had gotten to the venue late and missed some of opener Slow Mass’ set, but I took what photos I could while listening to the very loud pop-punk band. Gouge Away came on next. The lead singer of the hardcore band came onto the stage with a bow in her hair and proceeded to scream her heart out for the rest of the set. Only one of their songs included clean vocals. The crowd had a small moshpit going and everyone thrashed their head along with the band. By this time, Thalia Hall had gotten pretty full. 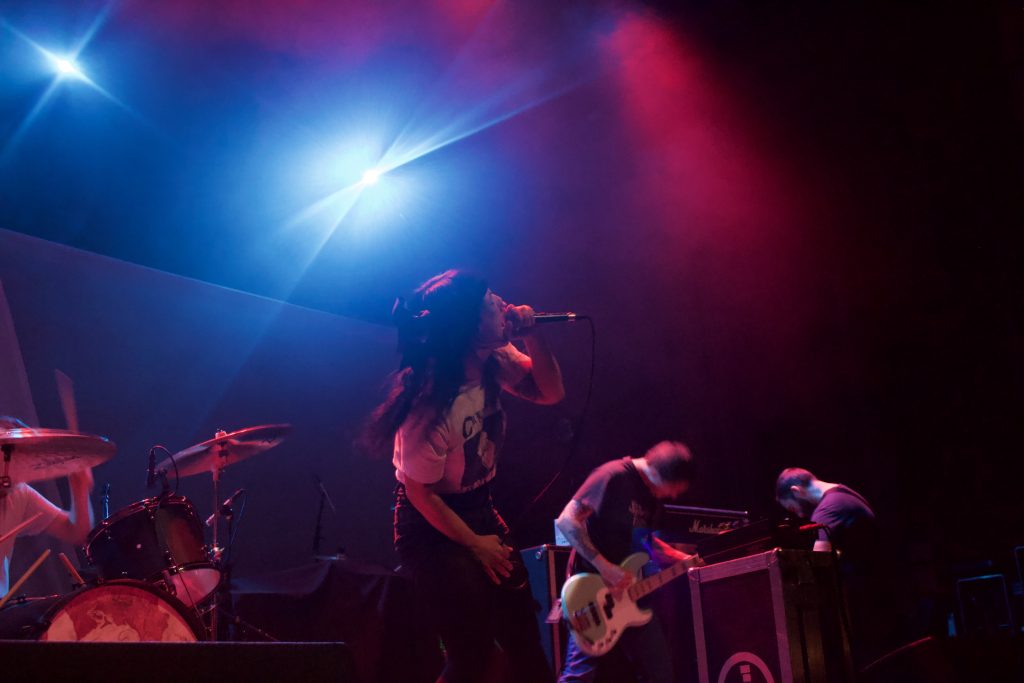 After Gouge Away, the moment everyone was waiting for arrived. Young and old people in the crowd waited anxiously as the crew set up La Dispute’s set, which included warm ambient lighting and salt lamps with a white backdrop.

The second they stepped on stage, the audience became entranced. The band began with the slow, airy “ROSE QUARTZ” and slowly built up. Once they began playing “FULTON STREET II,” the previous spell they cast on the audience was broken, and everyone picked up the speed to match lead singer Jordan Dreyer’s energy. He was everywhere, both on the stage and in the crowd.

The band’s fan base was made up of longtime old fans (like myself) and new fans, but everyone knew the words to most of their songs. For us oldies, they made sure to play songs from their previous albums. I may have cried when they played “a Letter.” 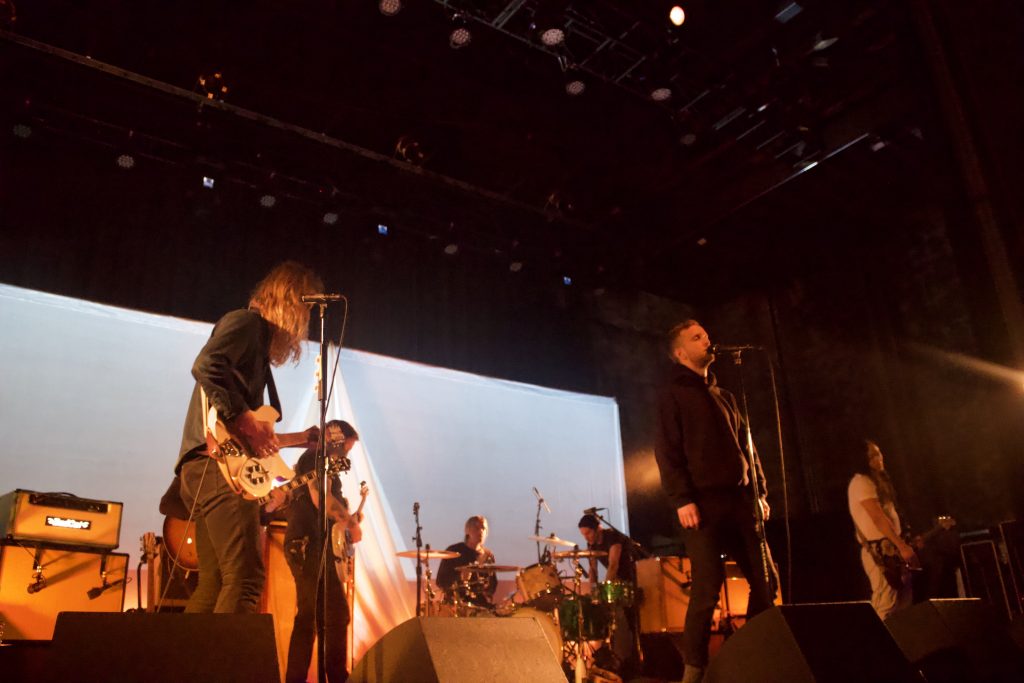 When they played “New Storms for Older Lovers,” I felt like I was at church and Jordan was the preacher. The band’s performance and Dreyer’s spoken word-like lyrics had a complete hold over me. Jordan also interacted with the audience frequently. He voiced his appreciation for Chicago as being the place they really got started in music.

Once they got back into their performance, I was still completely enraptured. Their new song “VIEW FROM OUR BEDROOM WINDOW” felt like a warm embrace. While they performed, soothing colors swirled from a projector onto their white backdrop. “RHODONITE AND GRIEF” sounded even sweeter in person than recorded (something I didn’t think was possible.)

Dreyer gained more and more spirit throughout the show, feeding off the audience’s energy. At one point, he jumped off the stage and let people in the crowd sing. The band announced they wouldn’t be doing a traditional leave-the-stage-then-come-back-for-an-encore, and just told us when they began their “encore” of “a Broken Jar” and “You and I in Unison.”

After the show was over, I turned to my friend and said, “I’m gonna have such bad Post-Concert Depression after this.”

It was a show I’ll never forget.