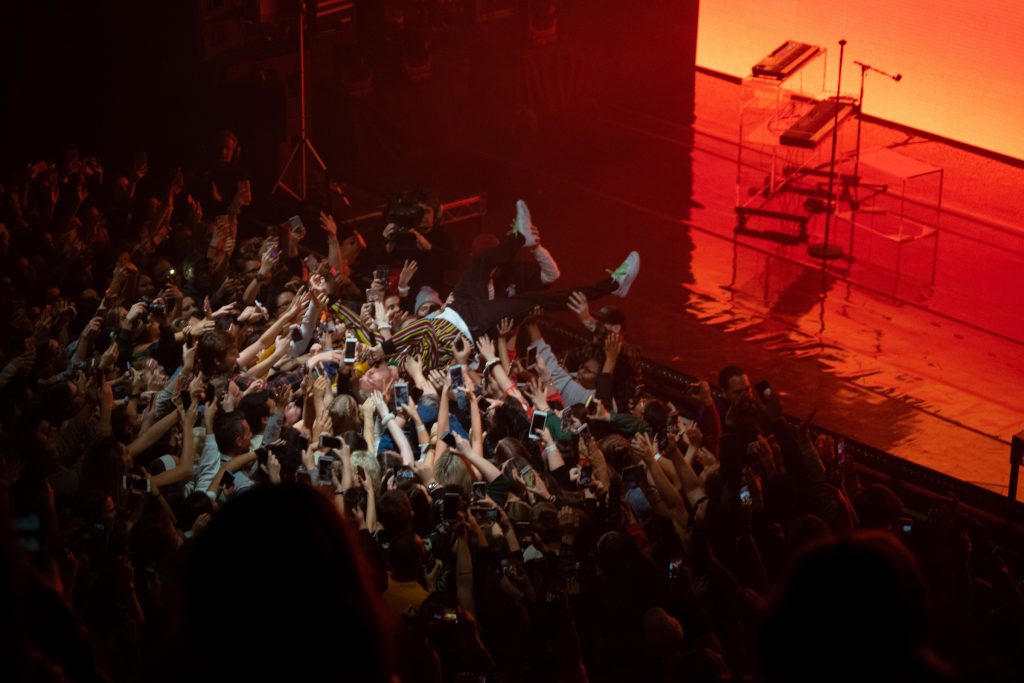 “Incredibly millennial” probably sums up the experience of going to a LANY concert. Unlike most things you read, I mean that in a completely flattering way. Paul Klein and LANY put on a show that really just reveled in that sweet spot of simple frank lyrics and dreamy synth-pop beats. 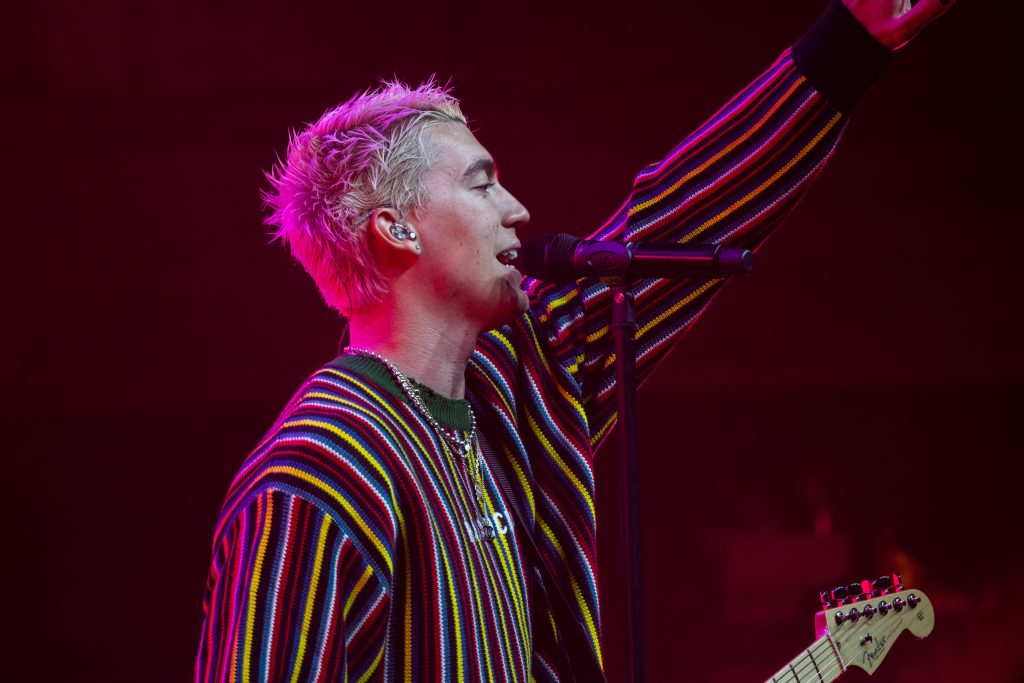 Despite the Riv being packed to the very back of the balcony, the uproar that occurred as Klein took to the stage and started singing “Thick and Thin” off of the band’s new album Malibu Nights came as a surprise to me. While I didn’t go into the concert expecting their slow reflective tunes to transform into the much more infectious upbeat pop songs, LANY definitely changed my mind. From the Coors sipping dad to my left and the unashamedly loud preteens behind me, everyone seemed to abandon their inhibitions as they sang along to older songs like “yeah, babe, no way” or new singles like “I Don’t Wanna Love You Anymore,” both of which hit that perfect pop-song-kind-of-heartbreak. 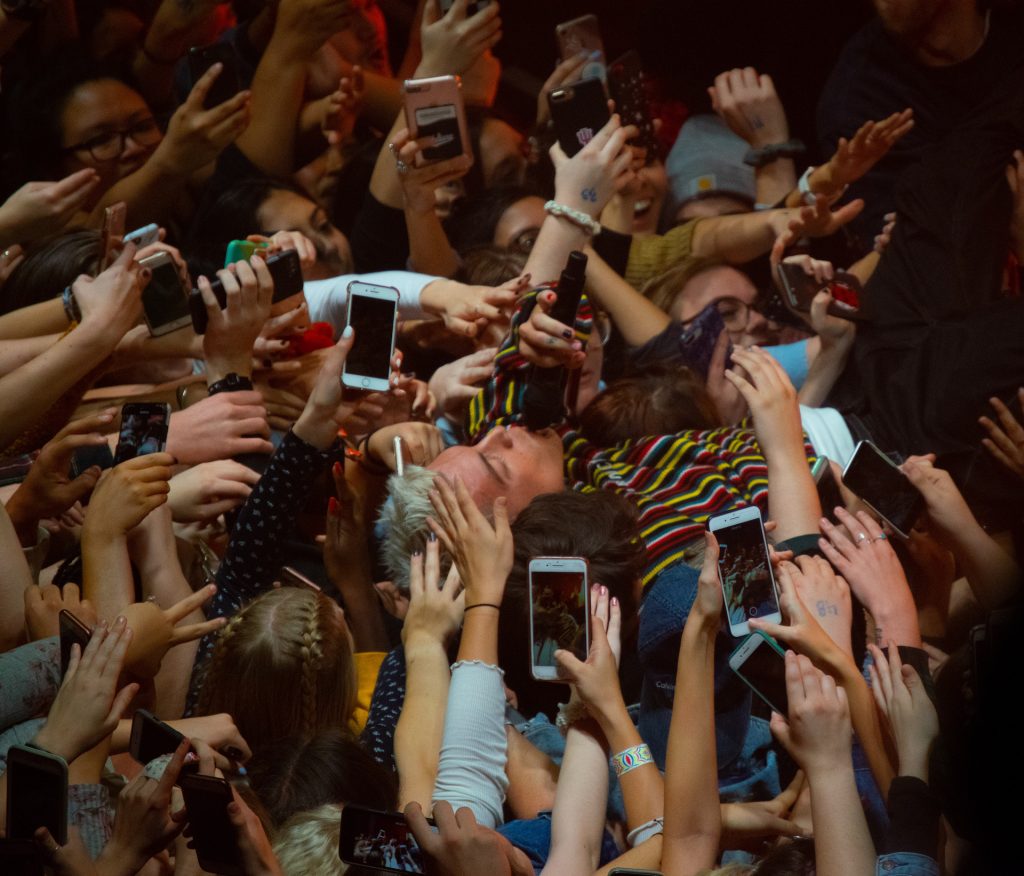 But what really made the night stand out was the stage set up. Split into two levels, the band played on the top elevated half as Klein pranced and swooned around on the lower level. He occasionally climbed up on to a clear stand to play the keyboard for a little theatricality – and it worked. Both halves were backlit by huge LCD screens. As the backdrop changed with each song and set the mood, I also felt like I was living through an extension of this unique technological age of relationships that we’ve all become used to – or rather struggle with. Coupled with synth beats and electronic melodies, Klein’s lyrics place you right in the middle of a relatable modern saga. 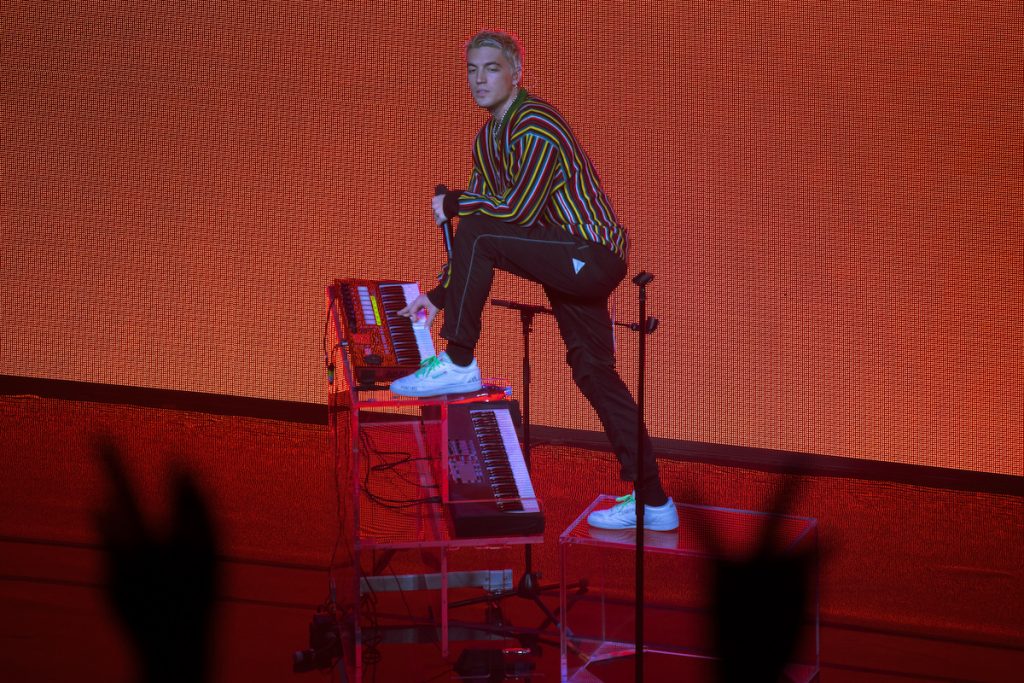 I’d recommend checking out LANY just because they’re the kind of band where slower, more repetitive songs that seem to lack a certain oomph become so much better after hearing them live. “Hericane” stood out as a favorite and the communal swaying that happened while everyone belted out “our home’s a wreck, look at this mess” was well worth the trip downtown.

What’s evident is that Paul Klein is equally as charismatic as he is heartbroken. An hour before coming on stage he tweeted “I want us” and while I am wondering who hurt him so profoundly, if it’s going to find its way into these honest indie pop songs, I’m here for it. The night ended with a rousing version of “ILYSB” and I couldn’t recommend going to see Paul Klein sing candidly about love and loss more.