At just 24 years old North London MC Little Simz can boast a lot. She has already released three studio albums, has collaborated with the likes of Khalid, BADBADNOTGOOD and Gorillaz and has received praise from Kendrick Lamar, who called her “one of the illest doing this right now.” Her most recent album “GREY area” dropped in March, with the funky “Selfish” accumulating over 4 million Spotify streams. Clearly, Chicagoans account for some of those streams. Simz quickly sold out Schuba’s Tavern, causing Tuesday’s show, the first of her North American tour, to be relocated to the more spacious Lincoln Hall.

Washington, D.C. experimental R&B duo April + VISTA sent some sonic vibrations through Lincoln Hall to open up the show. Standing next to the speaker, one could barely hear their own thoughts over the bass. The set had a solid mix of producer mattVISTA’s inventive, drippy instrumentation (FOMO) and lead singer April George’s vocal solos (Voices). George had a raspy quality to her voice à la Erykah Badu, but VISTA’s production gave tracks more pace than Badu’s. George even teased her aptitude on the violin with a solo during the first track, an element of which I wish I had seen more. The track “Hot Coffee Freestyle” felt a lot like its title; if the sizzling arrangement of snares and guitar loops was the hot coffee, George’s ability to make every lyric melt into the next served as the creamer.

Little Simz took the stage rapping through a megaphone and the energy only built from there. Simz used crowd engagement to make sure the hype never died down; on the first few tracks, she had the audience swaying side to side, bouncing and singing choruses they may not have even known the words to prior. This engagement peaked when she jumped off the Lincoln Hall stage to vibe out with the crowd on the ground floor during “101 FM.”

Showcasing lyrical ability can prove a difficult task in a live performance setting but Simz rose to the occasion. She delivered her most powerful, socially conscious bars in a cappella bite-size breaks in the music that bordered on spoken word. She didn’t just rely on gut-punch one liners, though; her storytelling ability also shone through. Early on, she shed light on her upbringing in her lyrics, paying homage to her next-door neighbor on “God Bless Mary” and her first forays into music on “101 FM.” She reckoned with falling in love on the sugary Sherbet Sunset: “It’s hard to talk about something I don’t believe in,” then left the audience short of breath with her anti-patriarchal ether over abrasive violins on Venom: “They will never wanna admit I’m the best here for the mere fact that I’ve got ovaries.”

Simz broke things up with a few jam sessions. Midway through the set, she took over on the bass and jammed out to Erykah and Biggie, perhaps a reflection on some of her influences. On “Flowers,” she took a bongo solo during one instrumental.

To finish up, she launched into the anthemic “Offence.” Empowering lines like “I said it with my chest and I don’t care who I offend,” made the track a fitting way to end the night.

Little Simz’s performance Tuesday night felt like history in the making. With the fast-paced spitting skills of Busta Rhymes, the jazz-rap fusion of “To Pimp a Butterfly” and the infectious energy of Janelle Monáe, Simz seems too talented to not blow up. Tuesday night, she knocked it out of the park, showing Lincoln Hall why she is one of hip-hop’s diamonds in the rough. 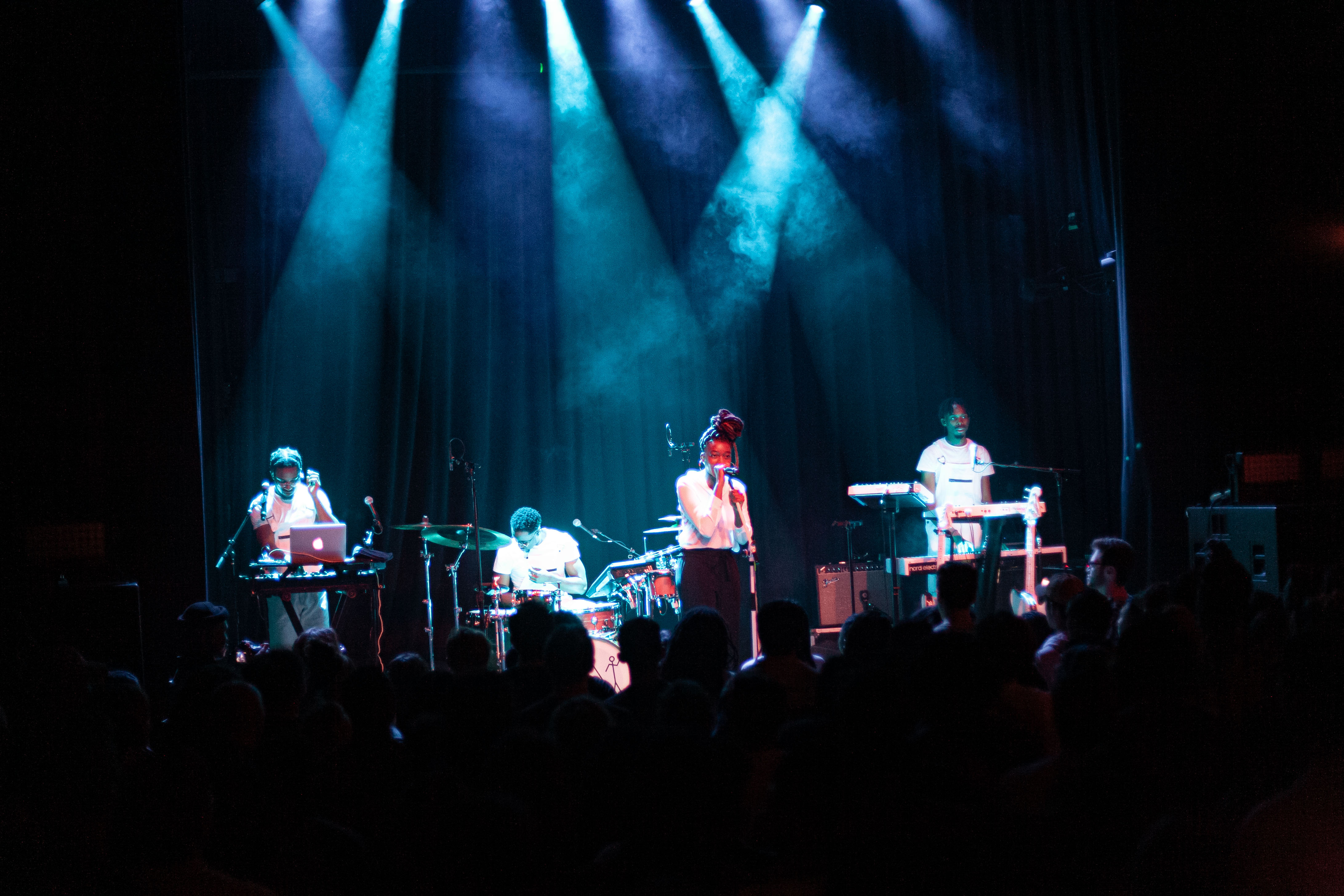