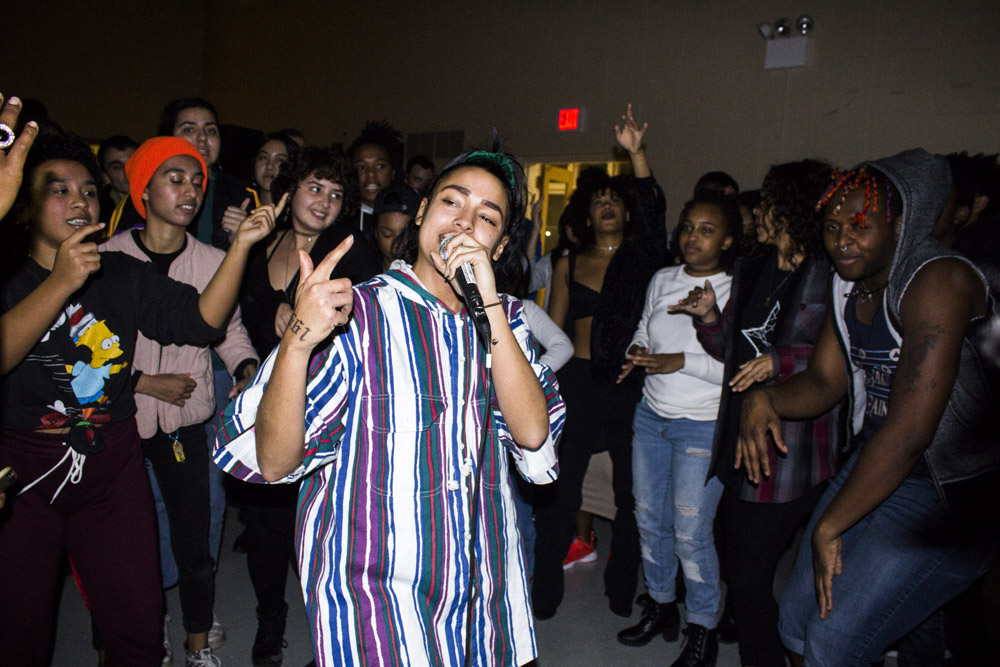 The mechanics of the live musical performance enter a whole new arena when the separation between the artist and the observer breaks down. When the observer spontaneously becomes the art, the result can be quite exhilarating. When the artist performs without a stage detaching them for the viewer, it is refreshing. I’ll always remember the time my roommate, an extremely casual concert goer, turned to me during Princess Nokia’s headlining set at the Language Between the Lines event and shouted to me “this is one of the coolest things I have ever experienced.” He had not heard a note of Princess Nokia’s music before, but that didn’t matter; when you are accustomed to experiencing art within a bubble, all types of emotions rush by when that bubble pops.

This intimacy was one of the inherent strengths of Living in Color’s event, a showcase of underrepresented expression among the Northwestern community. More specifically, this event exhibited the art of many young creatives who “live in color,” a condition defined by Living in Color as “the heterogeneous, always fluid lived experience of people of color and other ‘others’ such as those in the queer, trans, and epiphenomenal communities.” 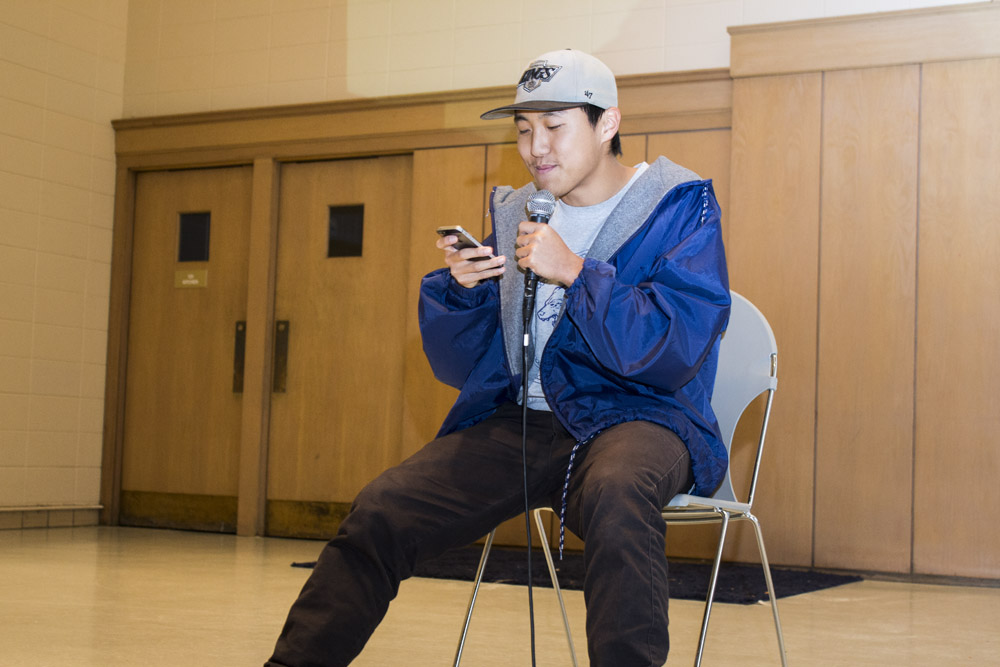 In addition to the Afro-Nuyorican Princess Nokia, performers included Northwestern students such as rapper Joshua Kim (pictured above), whose performance focused on the identity crisis lingering over members of the Asian-American community, poet Tanya Munoz, who discussed the pain caused by oppression of Hispanics in America, and punk-rock band Carbona ( lead singer Jacqueline Ovalle below), a bilingual group who delivered venomous political music. 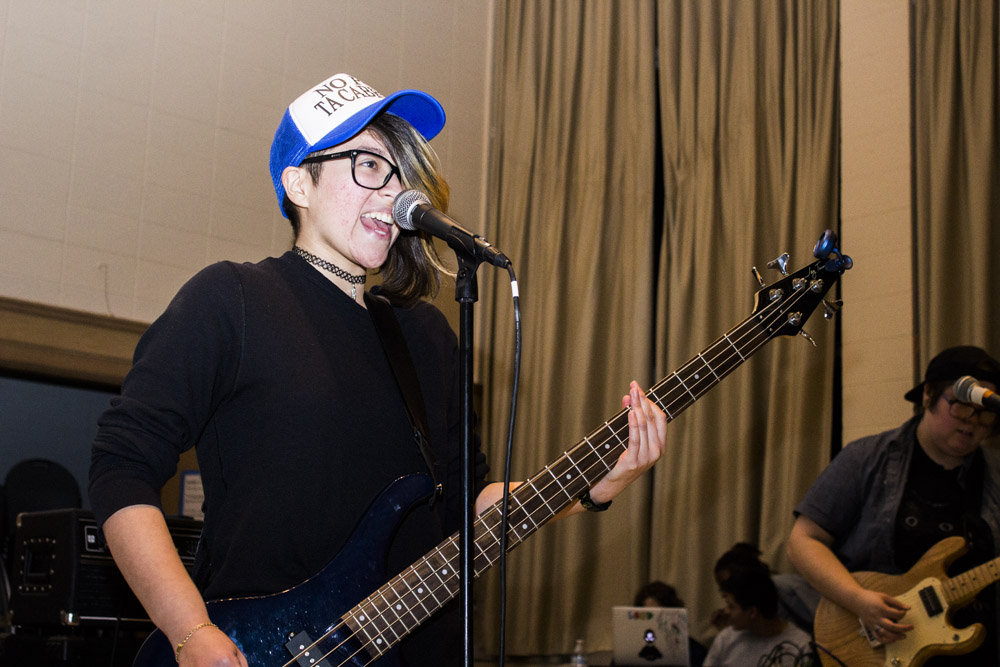 The audience opted to stay seated and munch on many of the mouth-watering snacks from the back of the hall during the student performers, but the first sign of this barrier breaking came when Carbona urged the audience to fill the space and come closer. Just like Princess Nokia, this amped up the dynamic; screeching violin solos are significantly more intense when they occur a few feet in front of your face. 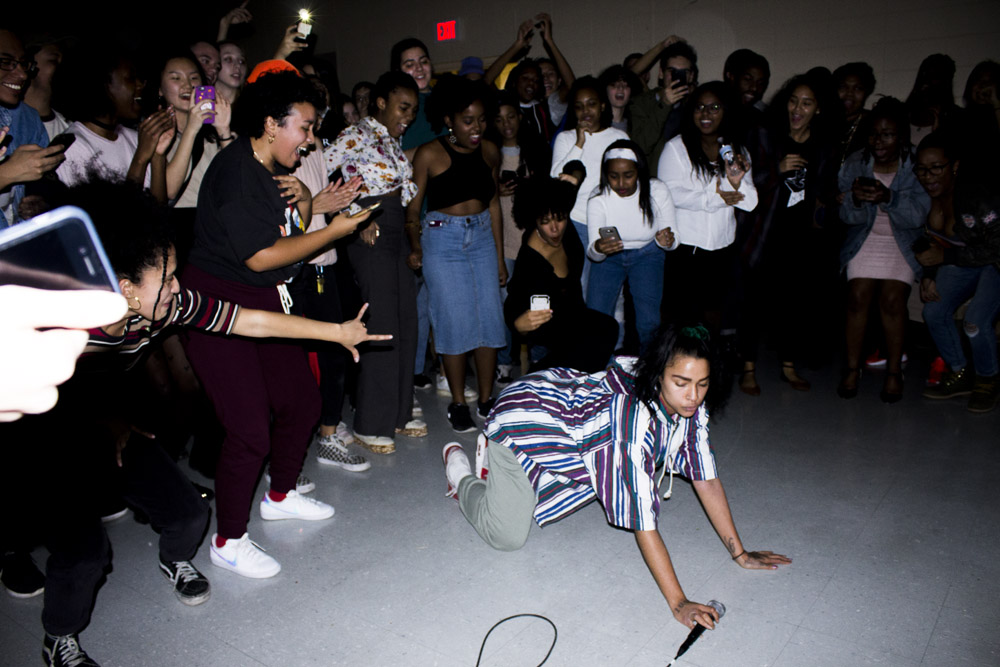 However, when the lights dimmed for Princess Nokia (above), the crowd promptly formed a circle around her, before she proceeded to plow through bangers like ‘Tomboy’ or ‘Cybiko’. The only source of illumination was from the video projection behind her, but that didn’t mean it wasn’t lit (haha lmfao)! When my buddy Samuel Berston lost himself to the music and joined Princess Nokia to dance during the last song, it was sensational. When Princess Nokia handed the mic to someone in the crowd because “she had blood dripping down her leg,” the community of viewers became even more united. Props to Living in Color for throwing together something so visceral. It’s not everyday that student groups put together an experience that transcends expectations and celebrates diversity quite like this.