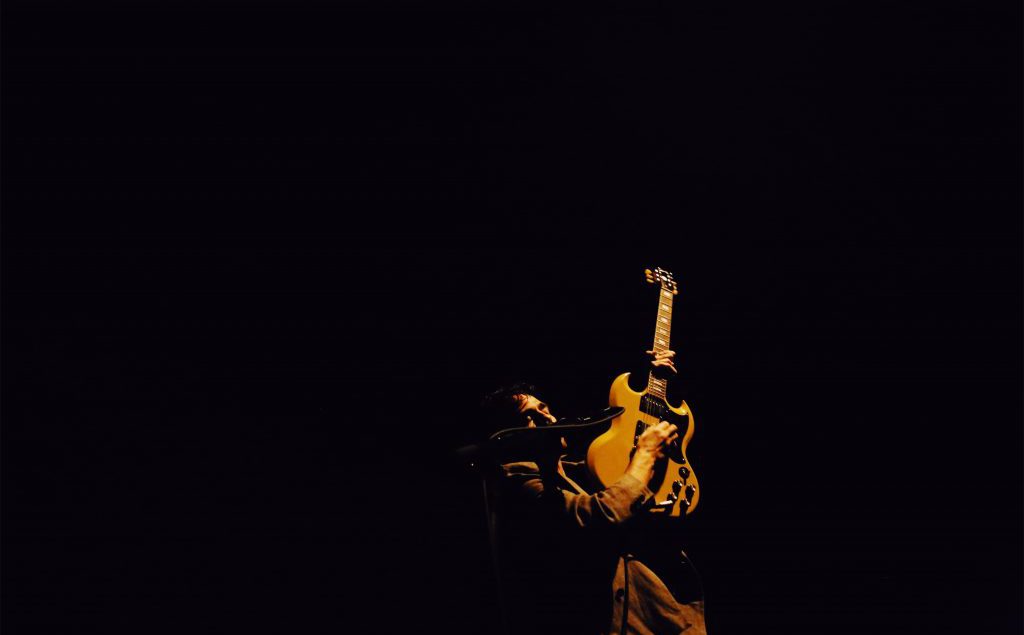 Friday was the second night of Local Natives’ two-night stop at Thalia Hall. The weekend energy was mixed with the unique situation of the show: a dollar from every ticket was donated to Between Friends, a non-profit working with survivors of domestic abuse. Their tour promoting their recent LP Spiral Choir involves this dollar-per-ticket donation throughout, and also offers voting registration by the merch table. The thoughtfulness from the band is felt on every level, and it showed in the performance as well.

Middle Kids opened up the show with a strong set. The Sydney band is relatively new, but their solid sound, combined with lead singer Hannah Joy’s light, bright vocal, speak well for the group. Their rock was always full-bodied and punchy, but it ranged from the more soulful and insistent “Your Love” to the angsty, hook-heavy “On My Knees.” Even when they slowed down, for the mellow“Brought It,” the pulsing guitar riff helped them turn the tempo and build to a full-on rage. “Edge of Town” was the climax of their set, a moody, textured jam off of their 2018 debut Lost Friends.

When Local Natives took the stage, it felt like a return. The band and the crowd together seemed to have been building towards the show since Thursday, and the performance that followed capitalized on it. Black covers slipped off of large white set pieces that looked like stacked books on a shelf, covered in lyrics. The set and the lighting throughout the show punched up the songs with strobing sequences and color shifts that moved with the constantly shifting music.

Kelce Ayer and Taylor David Rice switched lead vocal and harmony, which meant that while one rested, the other belted. The vocal energy was sustained throughout their extended set, and this dynamic vocal was mirrored in the changing instrumentation. “I Saw You Close Your Eyes” was a great moment of cowbell and digging guitar, a sharper and tighter song than the funkier “Coins” which had more room for percussionist Matthew Frazier to play. “Ceilings” was a more organic, thoughtful reflection, with a pared-down sparse beginning that built to a more emotional climax.

“Someday Now” showed how well the band can play with a synth, which they tempered with flourishes from Rice. Their melding of electronic and organic instrumentation was part of what made their set so interesting, and their energy only grew. “Fountain of Youth” was a crowd favorite and a deeply topical political meditation, while “World News” brought two Thalia Hall firsts (for this reviewer): the first crowd surfing I’d seen there, and the first shoulder ride. Local Natives brought renewed energy for the end of their two-day stint in Chicago, and the crowd at Thalia Hall clearly met them.