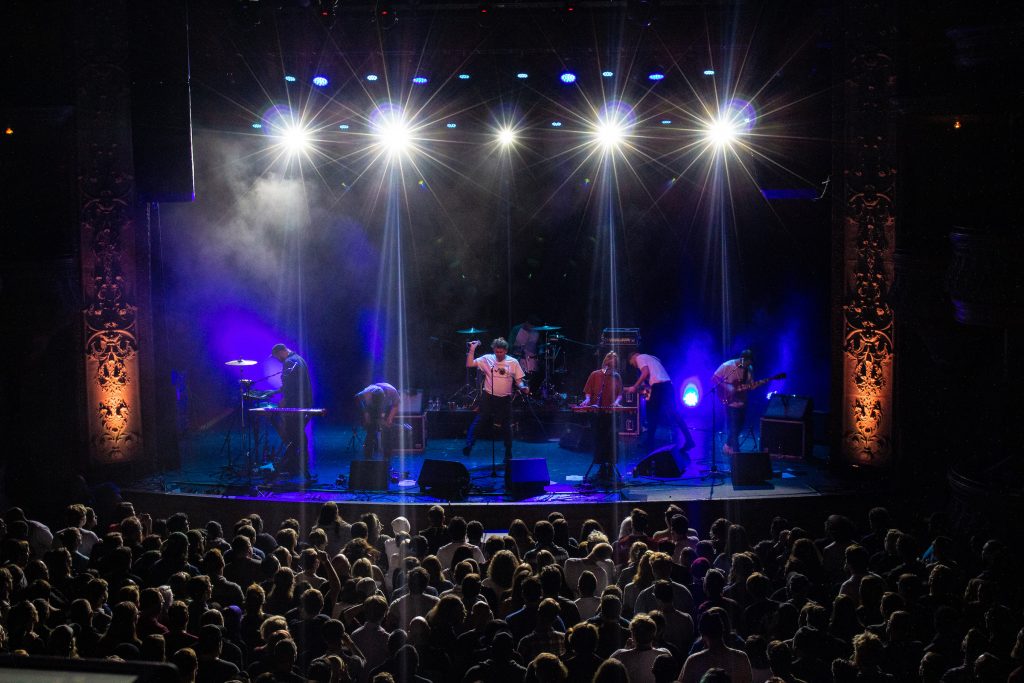 Los Campesinos played a high-energy, though unlucky, show at Thalia Hall on Thursday. As lead singer Gareth David explained, half of their gear was stranded somewhere in Oklahoma. The indie-pop group didn’t seem to be too bothered; their set was long, dedicated, and peppy. On the tenth anniversary tour honoring their debut album Hold On Now, Youngster, the group pushed themselves on borrowed instruments and had a great performance. 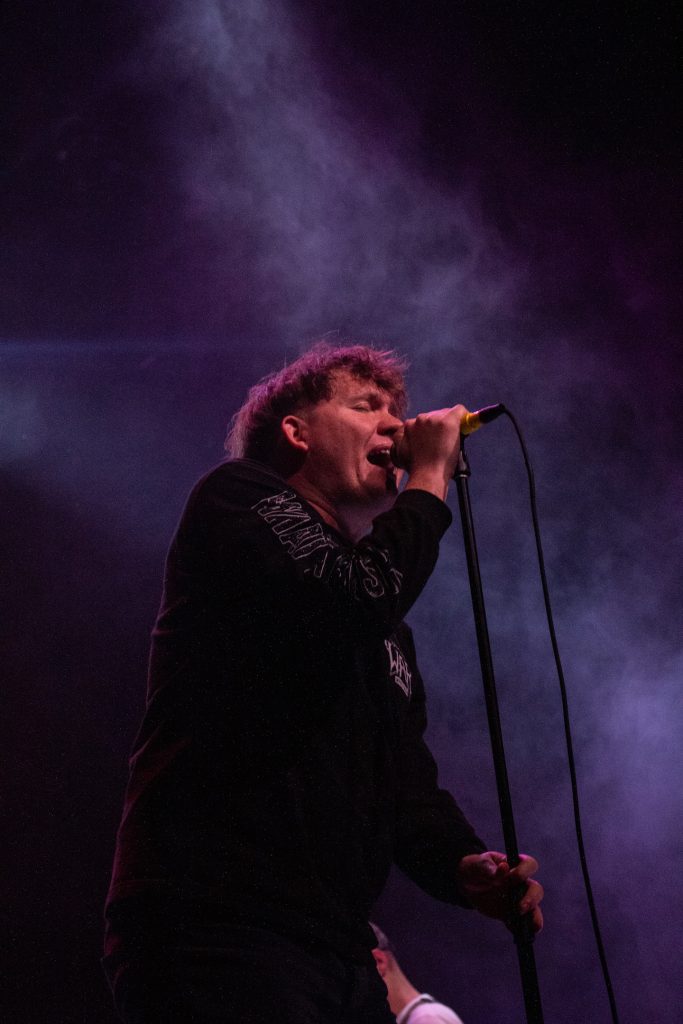 Adult Mom, a queer rock band, played a solid opening set. Their quirky, fun style works well in a venue as intimate as Thalia Hall. “Told Ya So,” “Route ‘59,” and “Full Screen” were great examples of the band’s smart instrumentation and catchy hooks.“First Day of Spring” was a slight tonal shift, paring the sound down to its singer-songwriter origins for the first verse. 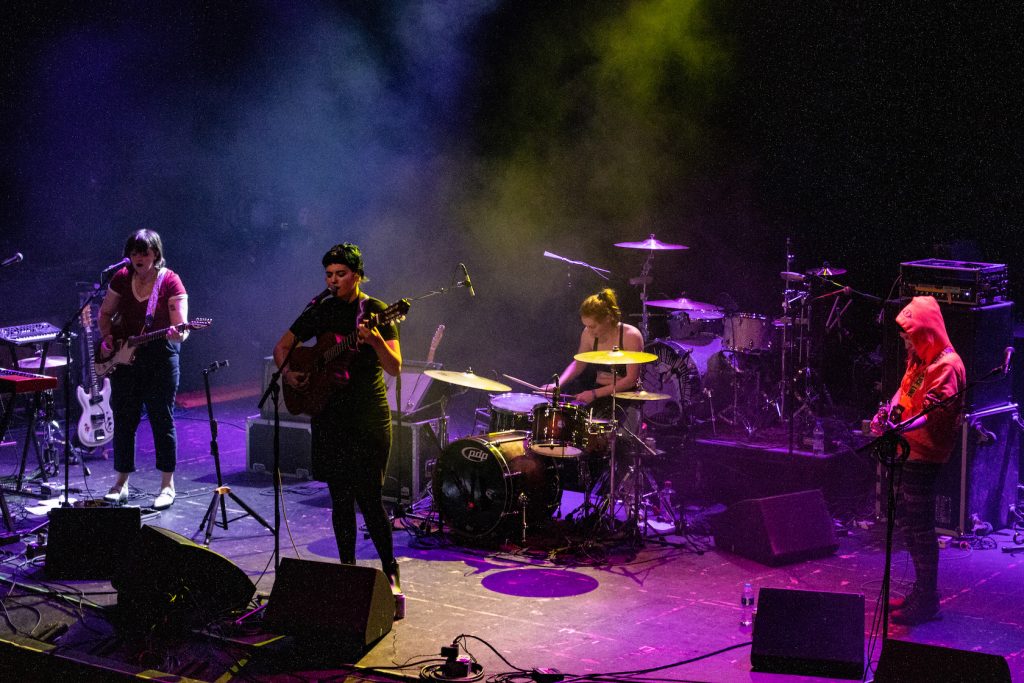 Stephanie Knipe’s lyrics can stand up to this minimalist arrangement, but the band was at its best with the full rock setup. Knipe’s semi-solo moment (the lead guitarist was the only other performer on stage) was the first time where the acoustic guitar could actually be heard. It’s a unique part of their instrumentation, but it practically couldn’t be distinguished on any other song. The gesture to the band’s start as a solo act, though, is a thoughtful one. 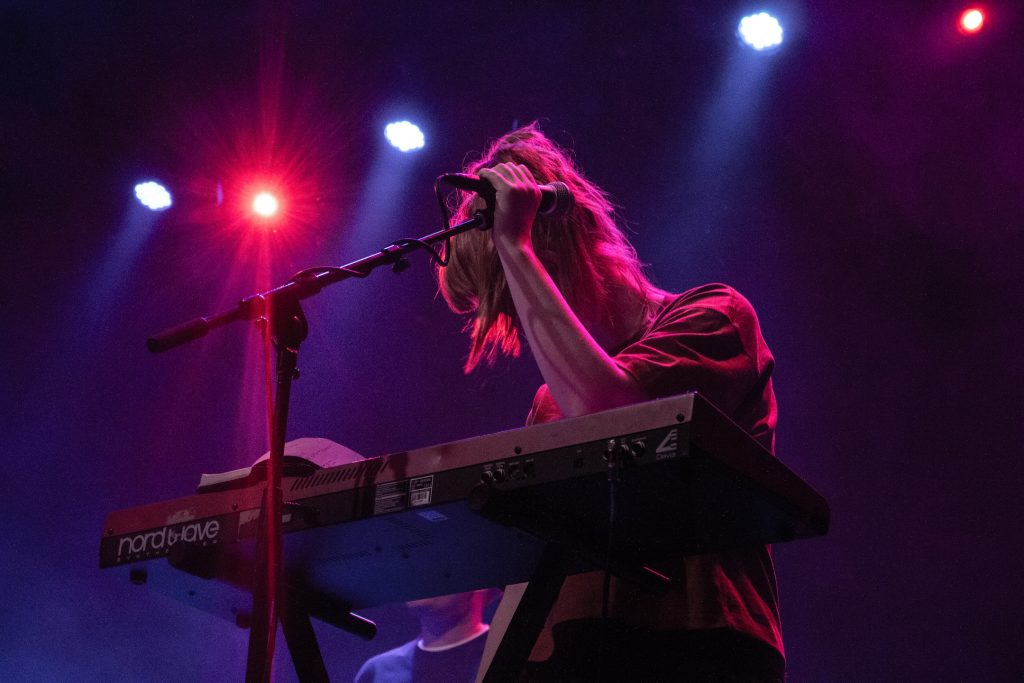 Los Campesinos opened with “Ways to Make It Through the Wall,” and right from the beginning the energy onstage was impressive. Gareth David, lead vocal, sings with his whole body. While some of the band members were fairly stationary, like Tom Bromley on lead guitar, singer Kim and bassist Matt were dancing, pacing, and sustaining the high energy that characterized their performance. Their instrumentation was tight, mostly synth-based and very pop-influenced. For their set, they chose a great mix of old and new and showed an interesting cross-section of the band’s ten-year career. Despite some changes to the musicians, Los Campesinos has maintained their distinctive brand of indie-pop. 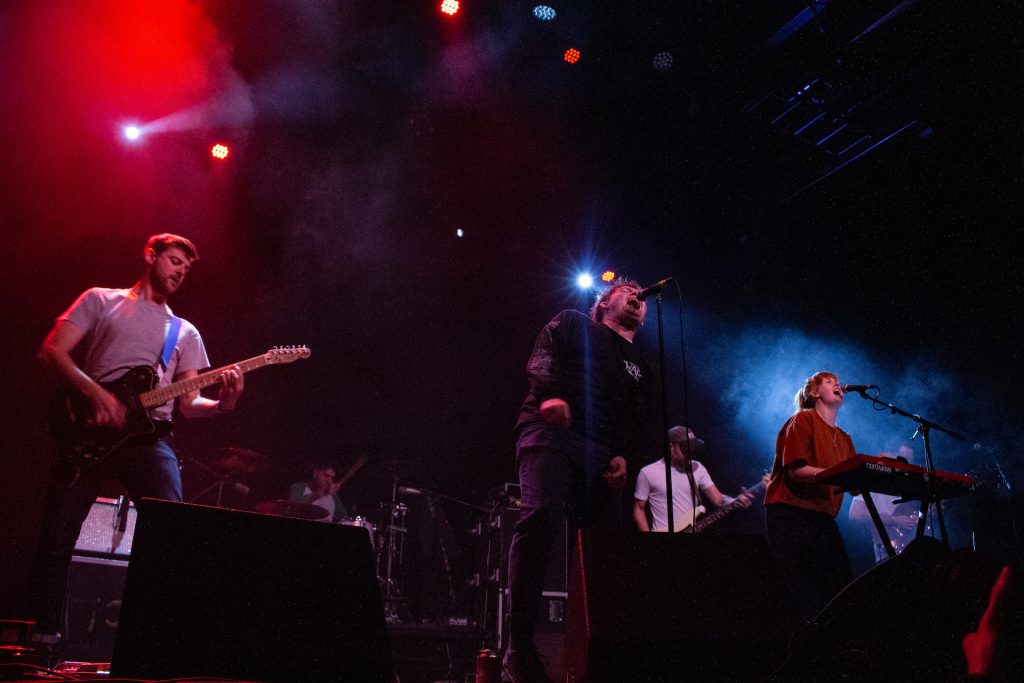 That same distinctness was partially what made their animated set start to drag slightly towards the end. The energy of the fans was unceasing, but the synth runs and heavy guitar feedback started to sound the same as the band got deeper in the setlist. Gareth’s forceful singing also made the lyrics (usually clever and interesting) more noise than sound unless sufficient attention was given to parsing them out. That said, the vocal contrast between Kim and Gareth added a cool dimension, even at the most lazy listen. “What Death Leaves Behind” showed an interesting synth-guitar interplay, and “The Sea is a Good Place to Think of the Future” had a great guitar line, but for the most part the most catchy runs were electronic. The excitement of the crowd was contagious, though. The audience kept up with the band’s energy and danced, sang, and shouted their way through an extended, involved set.