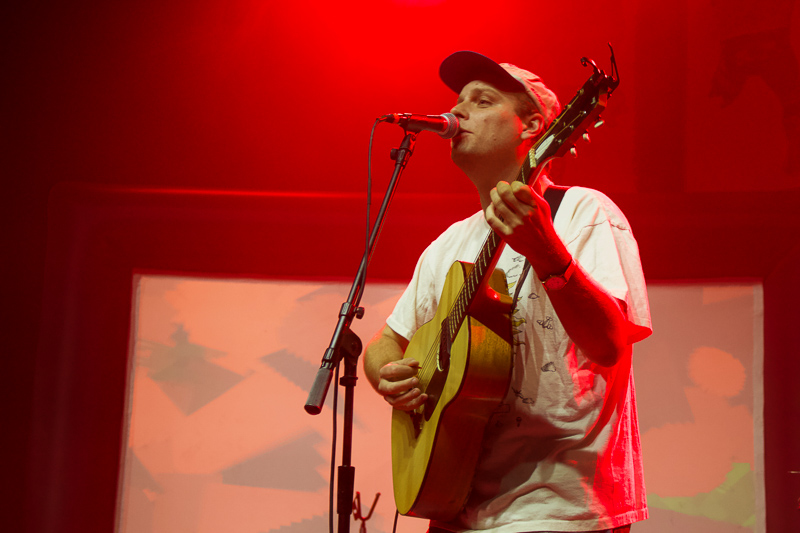 Mac DeMarco is a joker. This was evident right away on Sept. 29 at the Riviera, when DeMarco opened his show with the title track on his newest album, Here Comes the Cowboy, crouching in and out of a frog-like position and ending with a wink.

DeMarco was undeniably fun to watch. His show was refreshingly informal and relaxed — guitar player Andrew Charles White played barefoot, and at one point DeMarco tipped forward into an impromptu handstand. The band members bantered between songs. “Respect the Bean!” they yelled after chatting about how they often appreciate the cities they play in more than their audiences (the cities’ real residents).

Before singing “K,” DeMarco told a story about the band calling in take-out from Al’s Beef right before closing the night before, not sure if the restaurant would take their order. The entire venue went quiet, and when the tale ended happily with the band getting sandwiches, the Riviera erupted into clapping. DeMarco has a way of making you want to root for him, even if it’s for something as simple as getting a much desired beef sandwich.

DeMarco didn’t shy away from humoring his fans. When a few people threw posters at him a few songs in, he collected them all and proceeded to give one of them a good look then laugh. “Is this me and Kamala Harris?” he asked, turning the poster out to the audience to reveal a large poster board with a photo of DeMarco reaching up his hand to another photo of Harris, her arm outstretched. He propped the poster up behind him. When DeMarco played “Rock and Roll Nightclub” from his first album, he launched into a rapid and intense guitar solo which he repeated not once, but twice, when the audience begged for it. 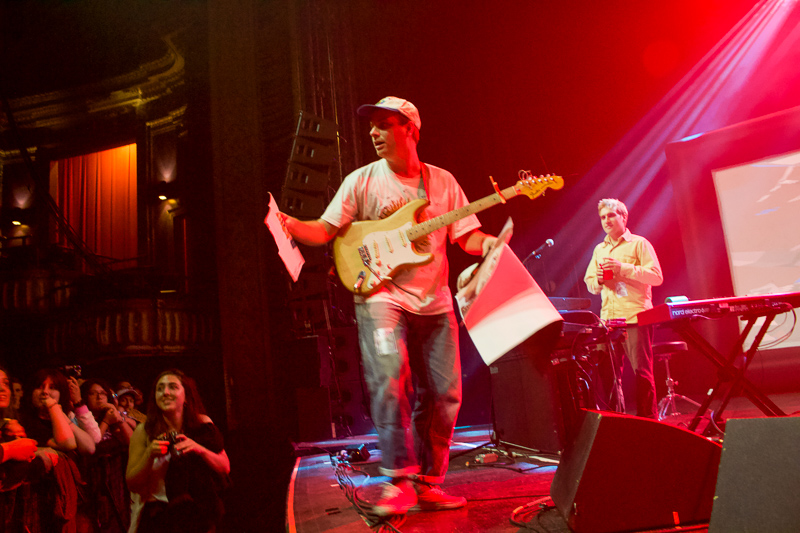 Despite all the silliness, DeMarco is hugely talented. He manipulated his voice into an oddly pleasant raspy growl on songs like “Here Comes the Cowboy” and elevated it into falsetto on “Choo Choo.” And between the growls and high pitched falsetto, his voice is remarkably smooth. On “Preoccupied,” a quieter song that laments our modern state of constant distraction, DeMarco launched from simple plucked chords during the verses into beautiful electric guitar riffs during the choruses. The audience sang along softly to the sweet and melancholy love song “Still Beating,” a moment that felt intimate and raw. DeMarco might be able to make you laugh, but have no doubt — he’ll pull your heartstrings, too, if you let him.