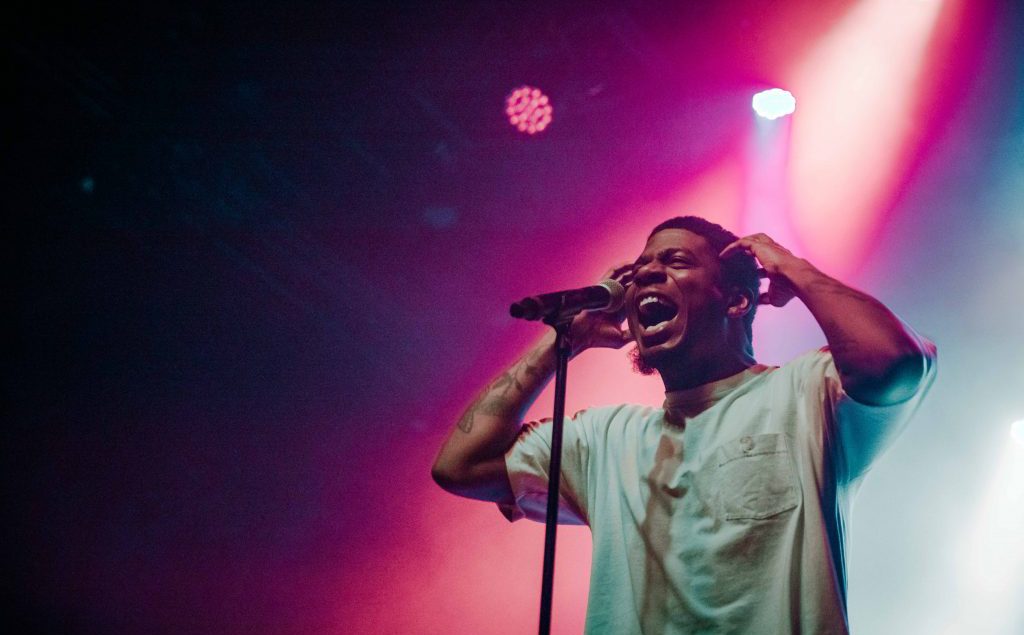 The show began with a performance by Chicago-based rapper, Stock Marley. Marley’s performance really blurred the lines between spoken word poetry and rap. At many points, he had no supporting beat or mix backing up his vocals. He walked across the barricade, almost becoming part of the crowd yet maintaining an unshakably intense delivery. His performance was interspersed with anecdotes and messages about supporting and loving one another. Marley’s delivery was emotionally and technically pronounced, but the crowd appeared more receptive to his anecdotes than his actual music. 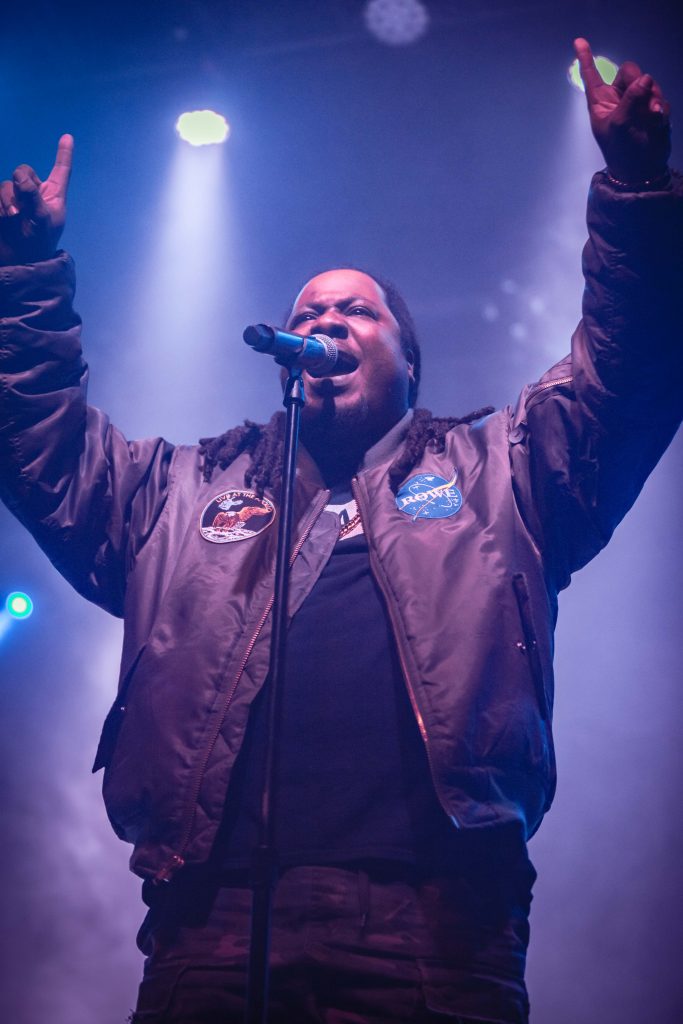 Kari Faux was the second opening act whose musical style and presence was a marked divergence from the previous set by Marley. Faux’s chill rap is overlaid on relaxed beats, and many of her songs feature a catchy chorus. By Faux’s fourth song, Color Theory, the crowd finally began to loosen up and enjoy Faux’s fun and personable performance. Together, Marley’s messages and Faux’s danceable songs set the stage well for Mick Jenkins. 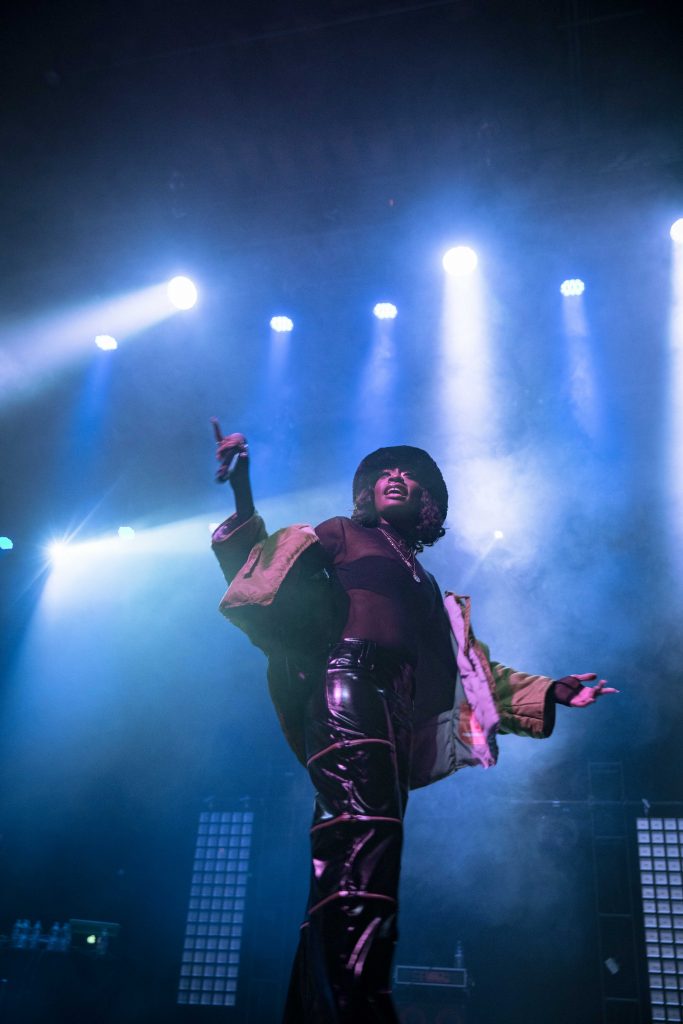 It was ultimately Mick Jenkins, however, that delivered an unassuming, yet incredibly compelling performance. His newest album, Pieces of a Man, was released in October 2018 but Jenkins performed a variety of tracks across albums. Playing All that Jazz, a track from his first album and his most popular song, early in his set enabled him to eliminate any reservations the crowd may still have had. From that point on, the crowd was wholly hyped for the rest of the set. 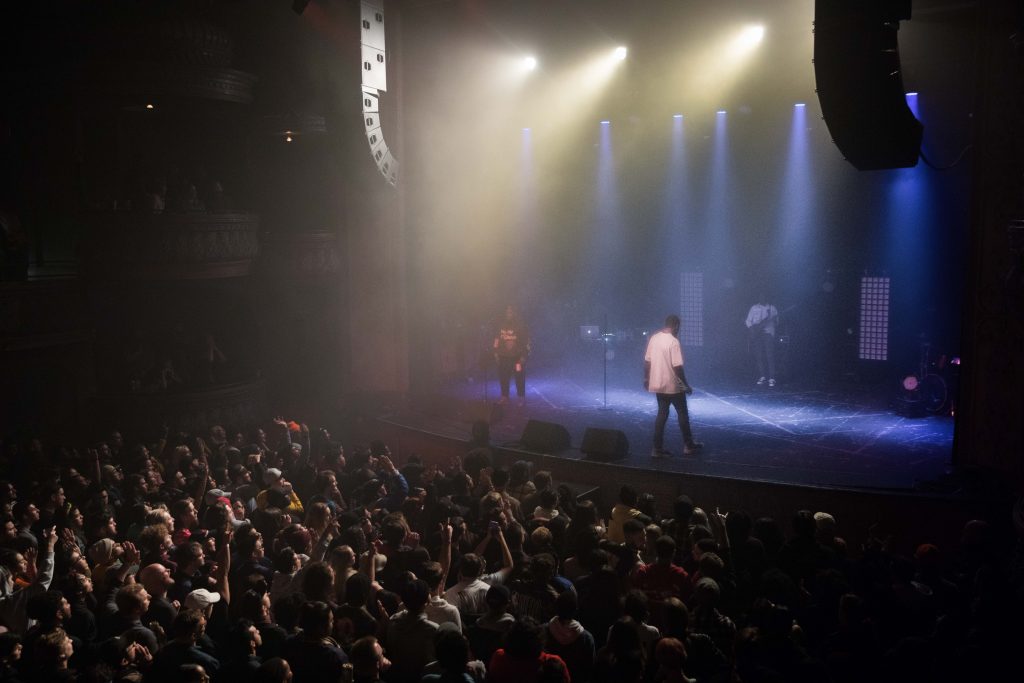 “I needed to remove myself from things that could be classified as a waste of time,” said Mick Jenkins before performing Ghost, a track from his newest album. Many of Jenkins’ songs and messages reflect his notably intense concentration on self-improvement. 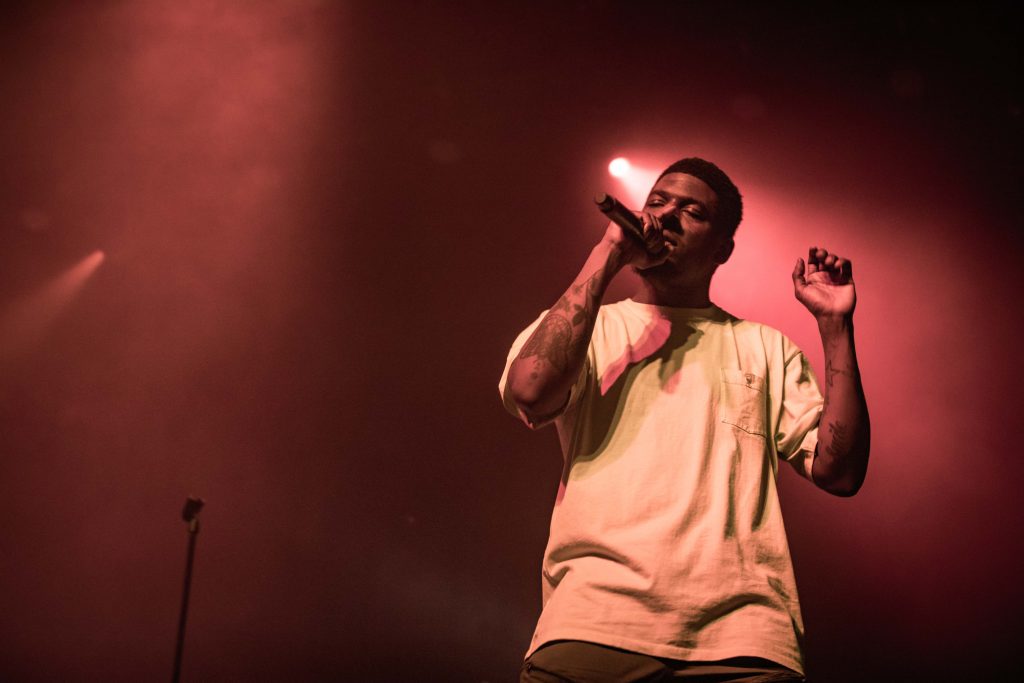 Throughout his set, Jenkins continuously referred to his fourth mixtape, The Waters, a highly acclaimed album that led to Jenkins’ rise within the rap community in 2014. In addition to playing hit songs from the album, including All That Jazz, Jenkins engaged with the audience yelling “drink more” as the crowd enthusiastically responded “water.” In Jenkins’ work, the symbol of water has become thematically important and is highlighted in phrases across albums. According to Jenkins in an interview with Oyster Magazine “So when I say drink more water, when I say I’ve been in these waters, when I reference water like that, it’s really synonymous with saying, ‘Learn more things, gain more knowledge and seek more truth.’” 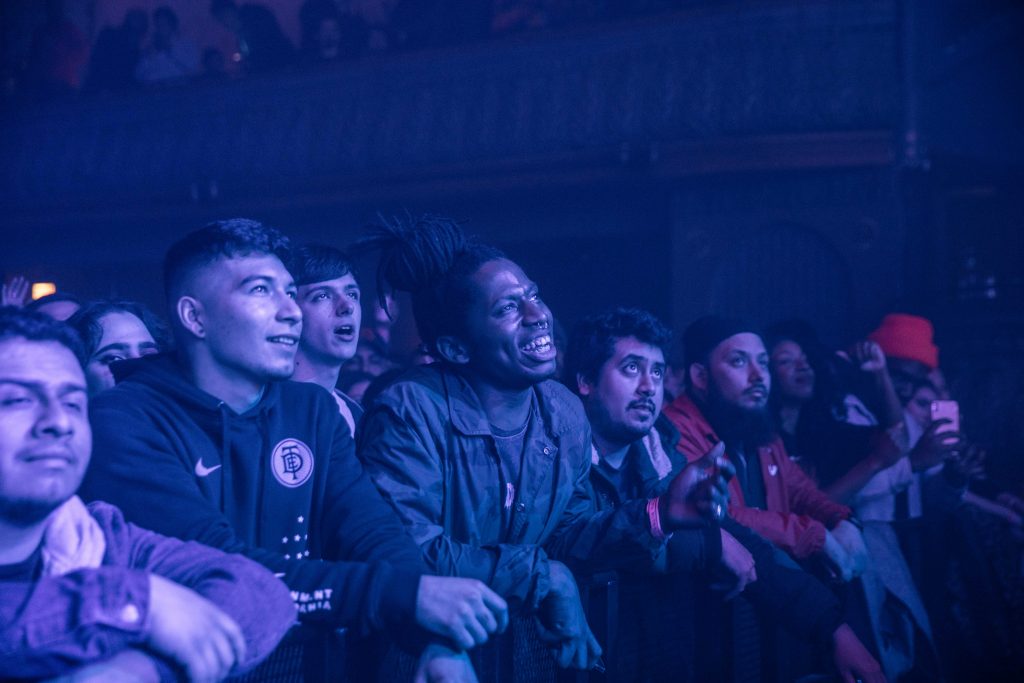 Overall, Jenkins’ chill rap was interwoven with salient- and technically difficult- verses that enabled him to powerfully connect with everyone in the audience.

Setlist:
Stress Fracture
Fall Through
Ghost
All That Jazz
Reginald
Gucci Bag
Grace & Mercy
Drowning
Your love
What Am I To Do
Healer
THC
Pull Up
Gwendolynn’s Apprehension
Understood