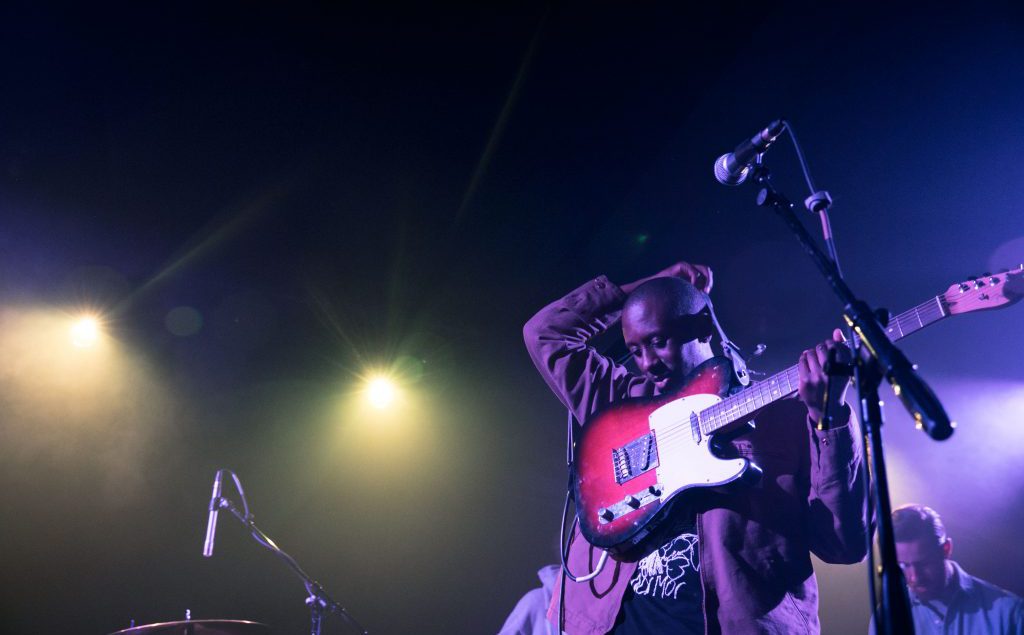 I wish you could have been there. I really do, because words just don’t seem like enough to describe MorMor and Duendita’s performance at Sleeping Village this past Friday. As MorMor would say, Heaven is a wish, and standing in the space created by his simple falsetto and lush instrumentation I couldn’t have wished for a better paradise. It was the type of show where you leave knowing that a piece of you was left behind to stay in that moment forever. And because it left you can’t seem to remember anything tangible, only the rush of raw emotion and the sensation of dissipating into the air with the music remains, and you know that once you leave the space you can never go back. I wish I could go back.

Kicking off the show Duendita walked out onto the stage with only a drum machine and sequencer. Running her vocals through a processor, she had complete control to curate the sonic environment of her performance and I am forever grateful. Starting with the sound of a bass drum, Duendita started by singing her song “Blue Hands” to set the intention and tone of her performance. “This is a prayer for my kind/ I wish you a long long long black life/ this is for the girls who get lost in the night in blue hands”

With the knowledge of why and for who Duendita was singing I watched as the music and its intentions morphed the room. Slowly, through sound and action, she drew us into a space surrounded by bird sounds and the fluttering of her own voice. By the time her set was halfway over it was as if the hardwood of the walls had grown into trees, and the stage lights surrounding Duendita’s curls like a halo had transformed into sunlight dripping through the leaves of a forest.

Standing awestruck in the sonic world created by Duendita, I like everyone else surrounding me seemed completely vulnerable to her performance. In a time when it is so easy to flee the present moment into our own fantasies in phones or elsewhere, her voice soared through the air and held us captivated. But her voice was not effortless. Contorting her face as she sang, it was as if her voice came out of a place too deep for any body to contain.

Whether it was her words, her melody or her use of orchestration, no move in Duendita’s performance was without purpose. As time finally slipped away and her performance came to an end, people from all over the crowd rushed to the stage to express some of the love her performance had filled them with. As any true Leo would, she accepted them with grace as if she hadn’t just bared her soul for the past half an hour, but maybe this is an everyday occurrence for the powerful force known as Duendita. 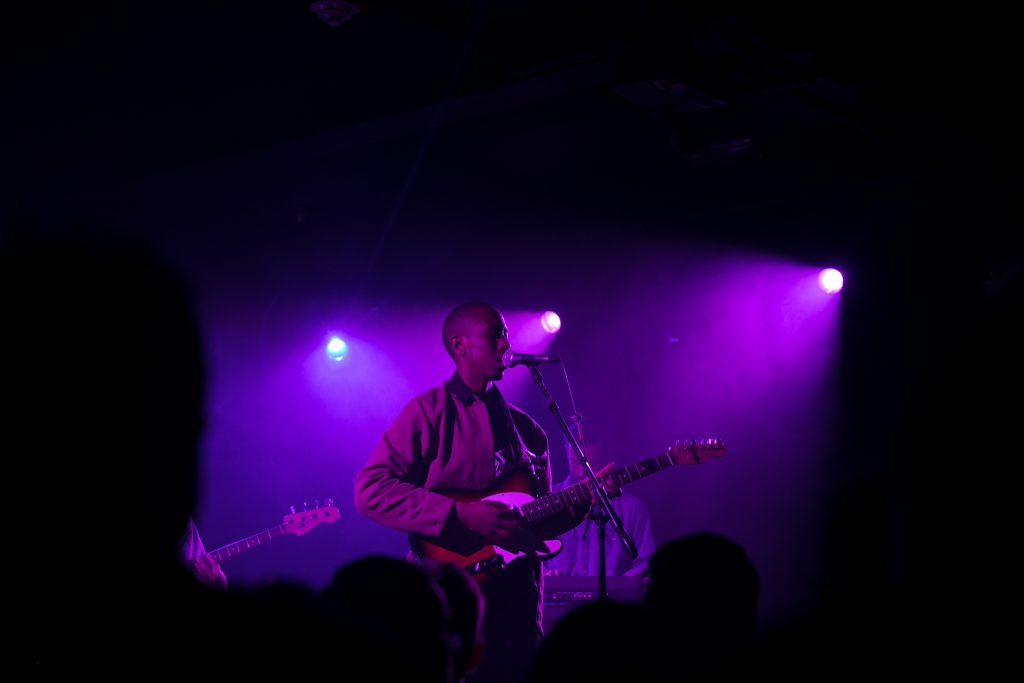 Following the spiritual and ethereal performance of Duendita, heaven’s own angel MorMor followed with their version of paradise. Much like Duendita, MorMor described to me after the show that intention is everything for them, and it showed in their performance. Playing with a drummer, bassist and synth player alongside him, the band and MorMor never missed a beat as they recreated what seemed like MorMor’s entire catalog with delicate intention. 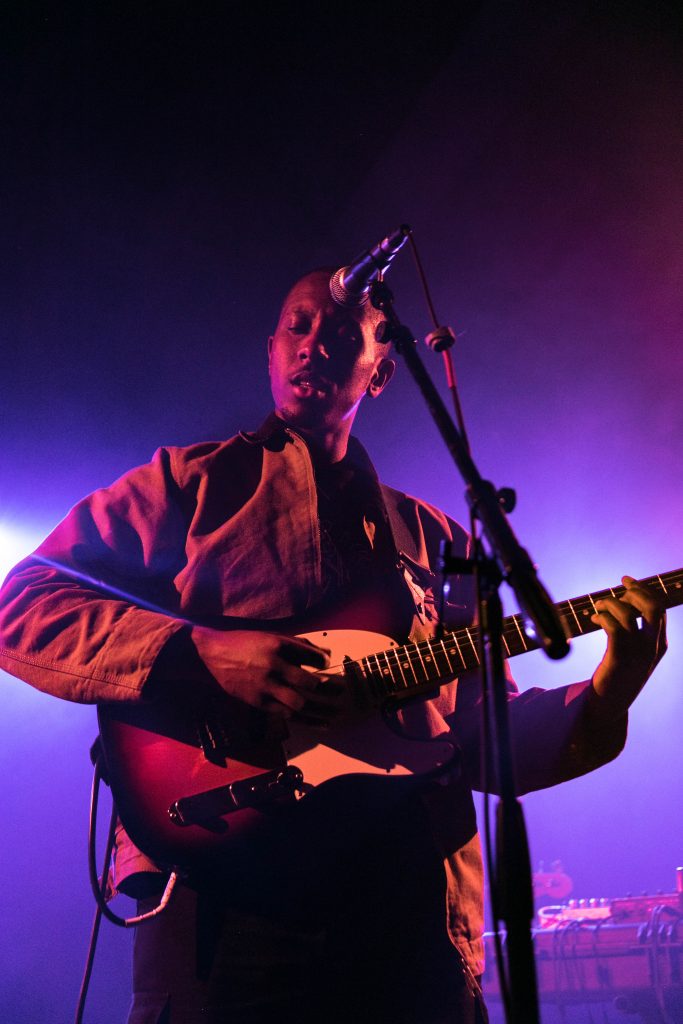 They even premiered a few songs from MorMor’s second project, just released this weekend, called Some Place Else. Surrounded by sound, it was if the band turned the air to liquid. Drowning in bubblegum-flavored nostalgia, it truly felt like I had arrived at this “elsewhere” MorMor’s music seems to exist in. MorMor’s band filled the hole I worried would never, never be filled after Duendita had ripped it open. 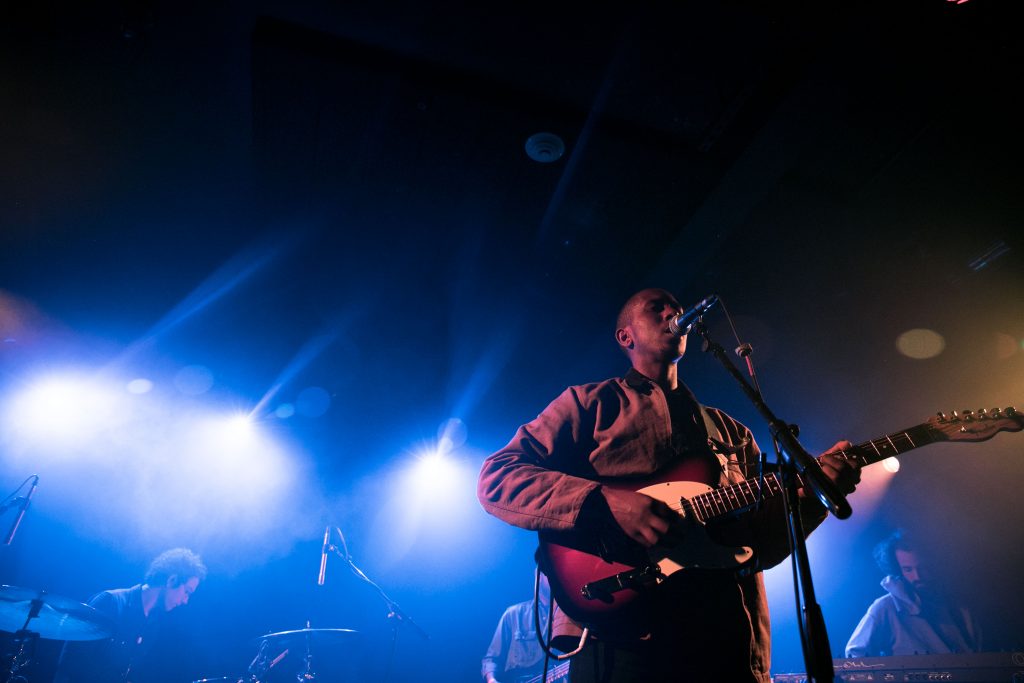 Filled with the joy and bittersweetness of MorMor’s performance, I tried my best to be the professional journalist WNUR had assigned me to be, but if I am being honest I completely failed. My love of the music overpowered me as I felt my body lose its composure and let go of whatever scripts or responsibilities I had assigned to it. I had come to this show with two friends that I love dearly and it was all I could do to not let the tears flow freely. 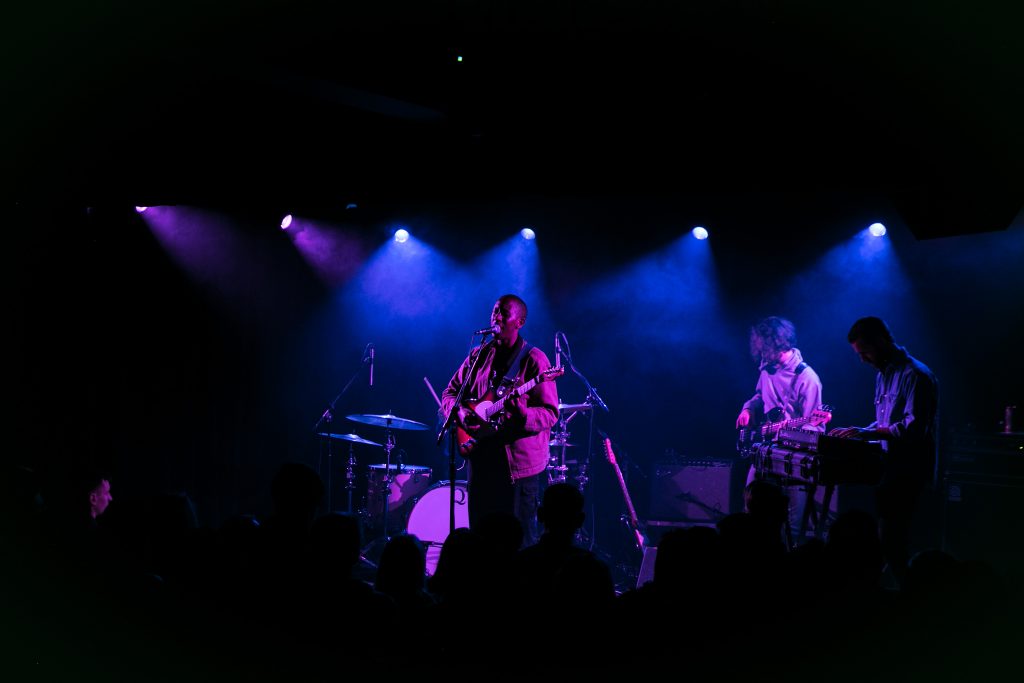 I truly love genuine music with my whole heart. The only thing I can tell you with complete certainty is that through intention and radical expression, Duendita and MorMor created a space of vulnerability, radical love, and honesty that shook me. There was no story, no drama, no extenuating circumstances, just love and powerful people coming together to express and imagine ourselves in ways that feel like dreams fading into the back of our minds. As the dream of Friday night fades into the back of mine, I wait for the chaos to come and collect me with the youth and pray that I will see MorMor and Duendita again someday soon.