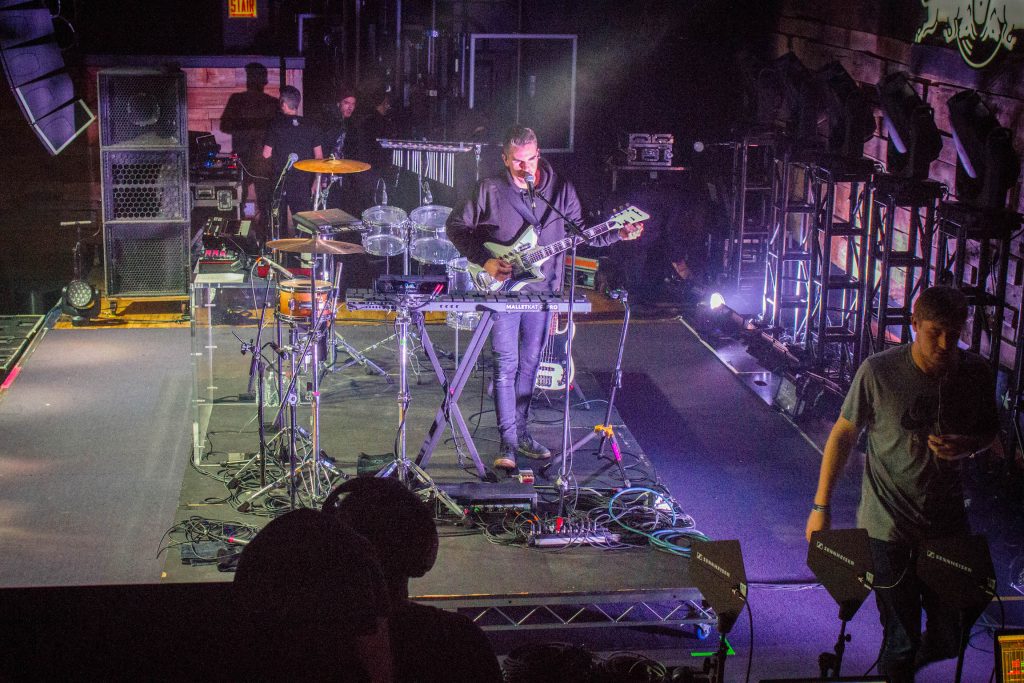 The night started off with melodic rock music from the California based duo Slenderbodies. The lead singer sung in a falsetto over rhythmic guitar; covered by a blanket of warm tone lights, facing a swaying crowd. Next to the stage was Tennyson a brother-sister duo whose energy matched the fast tempo of there songs. 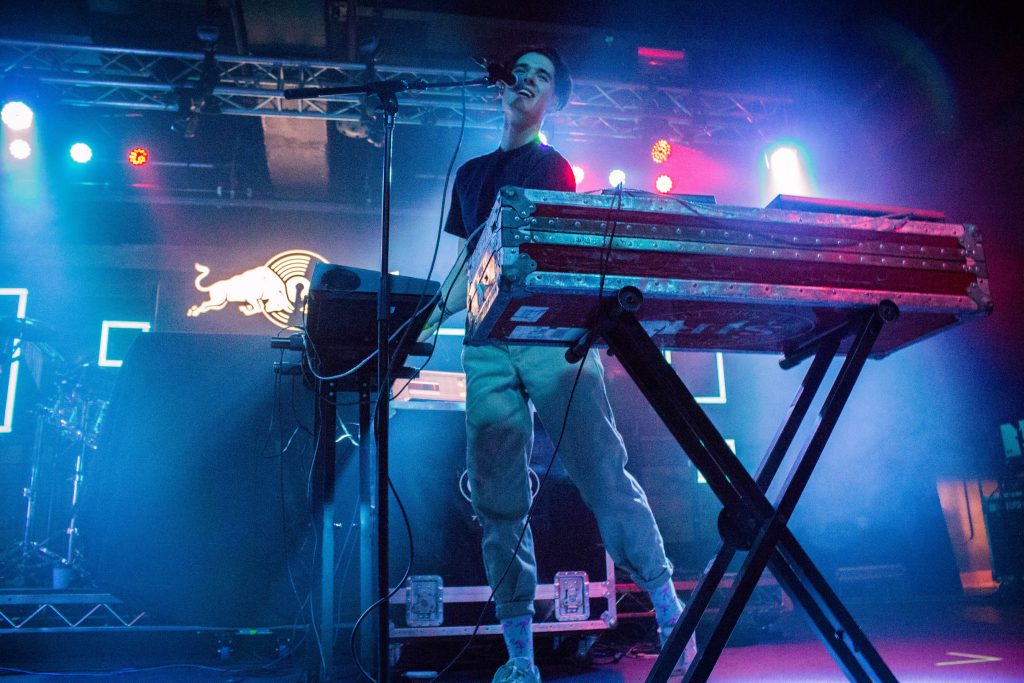 Tennyson was the only act of the the night that was a Red Bull Sound Select artist. Tess Petty the sister of the duo rocked the drum set while her brother Luke played the piano and sung. Although their beats were electronic in nature the live instruments gave the set a more acoustic feel. The crowd sung along to there hit songs and swayed and danced through the set. 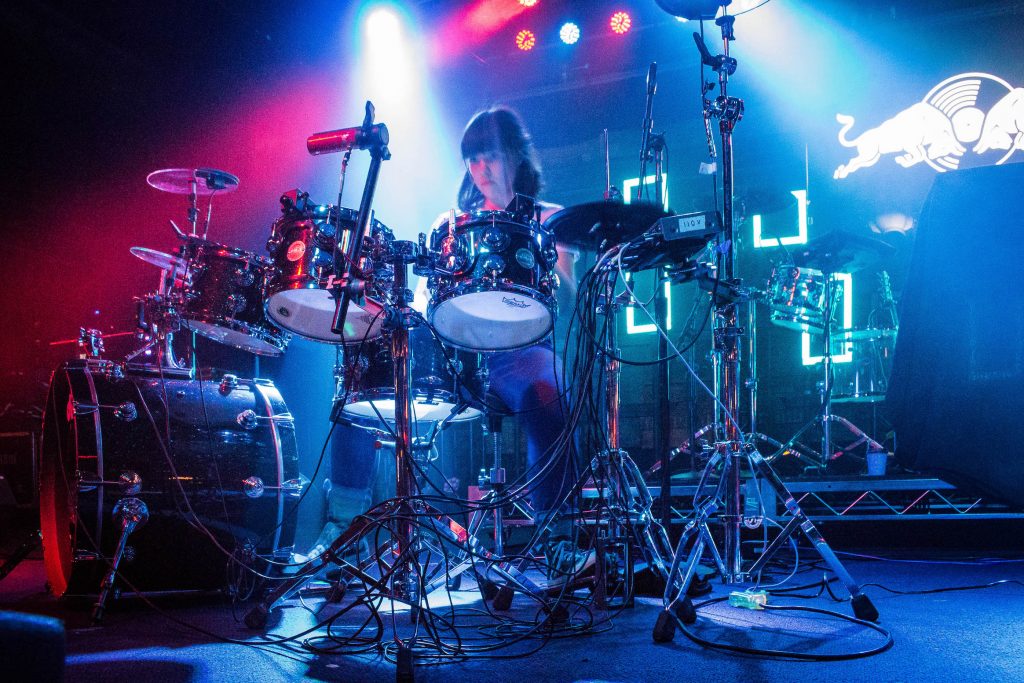 As the Tennyson’s left the stage, the anticipation for the headliners Mura Masa and Bonzai grew. Concord Hall was at full capacity when the beat of Mura Masa’s hit song “Messy Love” began playing. 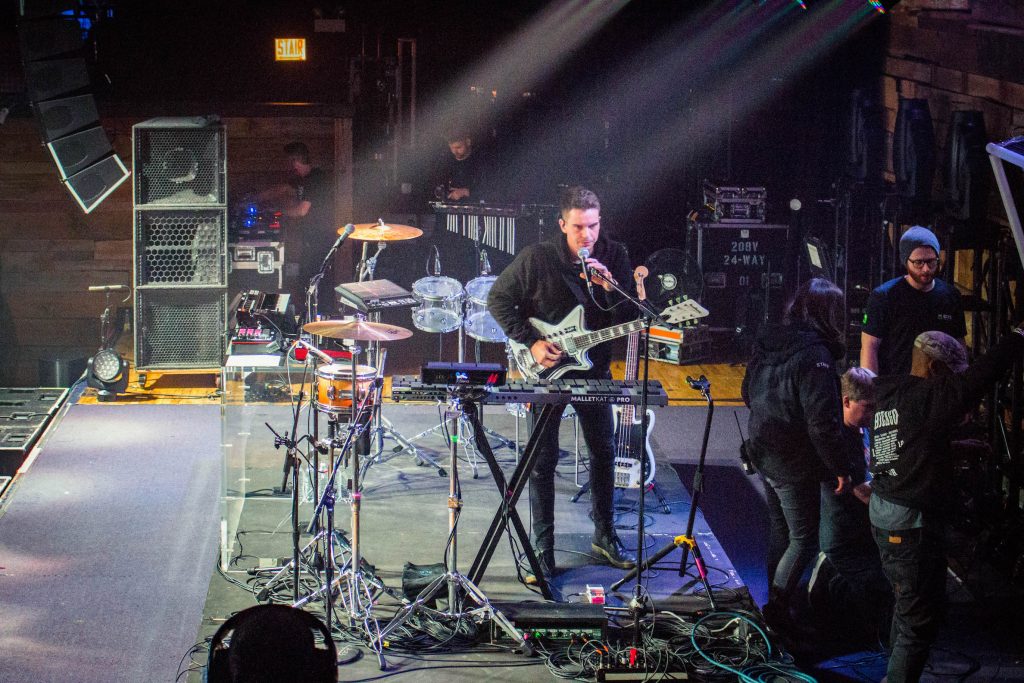 Mura Masa stepped on stage right up to a keyboard where he stayed most of the night as he played through old and new hit songs like “Love$tick”, and “Nuggets” off of his self titled album Mura Masa and “Low” off of Someday Somewhere. 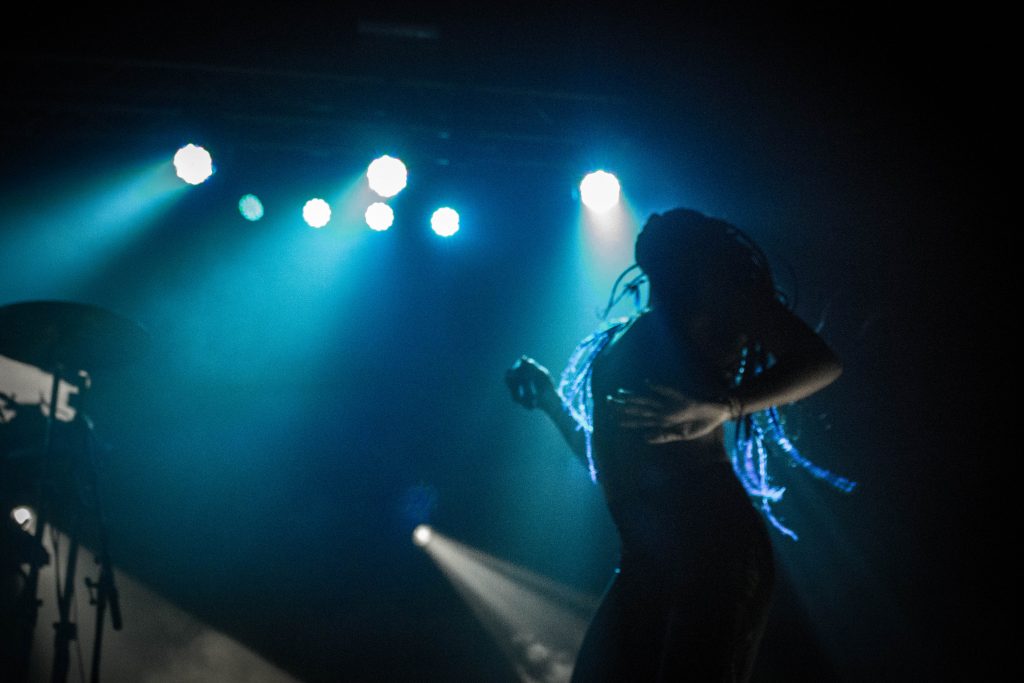 He was of course accompanied by the lovely Bonzai, who not only provided Mura Masa’s set with vocals but also danced through the entire set, hyping up the crowd during each and every song.