Near the end of summer, I was in Minneapolis and stopped by Extreme Noise Records, a volunteer-run co-op record store. I thought it would be a good time to pick up a couple records for the Rock Show stacks, below are the three records I picked up, which can be found in the new vinyl section of the stacks. 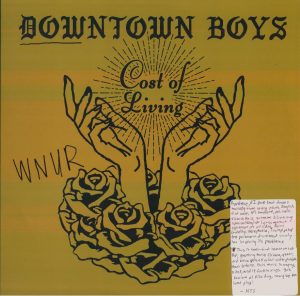 Y’all know what this is. 2017 Providence, RI punk. On this one they tone down the sax and move towards a little less raw sound, but the anger and politics are still very much there. The band blends first wave british punk and post-punk with 80’s hardcore and 00’s indie as Victoria Ruiz screams blistering spanish/english lyrics against oppression on all sides. The lyrics rail against may of our ugliest current issues, including police brutality, xenophobia, Trump, and the poisonous disinterest society exhibits towards solving its problems.

This is their first release on Sup Pop, granting these Chicana, queer, and latino voices a much wider platform and audience. And all the better. This album is angry, vital, and fucking rips. You saw ‘em play at Dillo day, check this one out in the stacks. 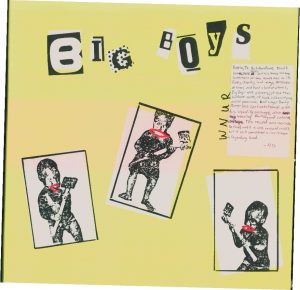 Big Boys were an Austin, Texas punk band, this album dating from way back in 1981. Their sound is somewhere in the vicinity of James Chance & the Contortions, or the Minutemen. Very skronky, with lots of funky backbeats, but also some fast n’ loud hardcore. The Big Boys were pioneers in many ways. They were an early band the Texas hardcore scene. They were an early skate-punk band, as can be seen in the beautiful inner photo on the gatefold of this record, and evidenced by their appearances in Thrasher magazine. They spearheaded a vein of danceable, funk influenced punk, and influenced many queercore bands as a group with a charismatic, confrontational, gay frontman.

This record was initially released in hundreds of copies with a hand-silkscreened jacket. As such, it was essentially impossible to find a physical copy until it was reissued in 2013. I think it’s a great addition to the stacks as an important record that was obscure enough to escape the reach of WNUR back in the day. And we’ve got a copy with a beautiful, green-marble disc to boot! 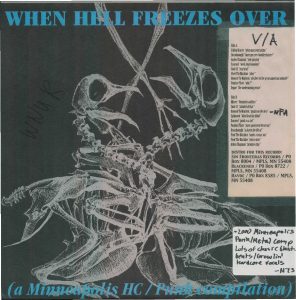 Finally, after being a little naughty and splurging on a copy of Goat by the Jesus Lizard and a Butthole Surfers t-shirt for myself, I asked for a recommendation from the clerks there, looking for a local, vinyl V/A compilation.  What they suggested was this record.  It’s a great addition to WNUR’s extensive collection of local comps, and contains some great late 90’s/early 00’s metallic hardcore, with lots of metal-tinged riffs, blast-beats and pissed-the-fuck-off vocals.  Some standout tracks include ‘Blind Lead the Blind’ by Calloused and ‘Burn My Eyes (Motherfucker)’ by Dreadnaught.  Thanks again to the guys at Extreme Noise.  If you’re ever in Minneapolis and looking for a punk-first record store, it should be at the top of your list.