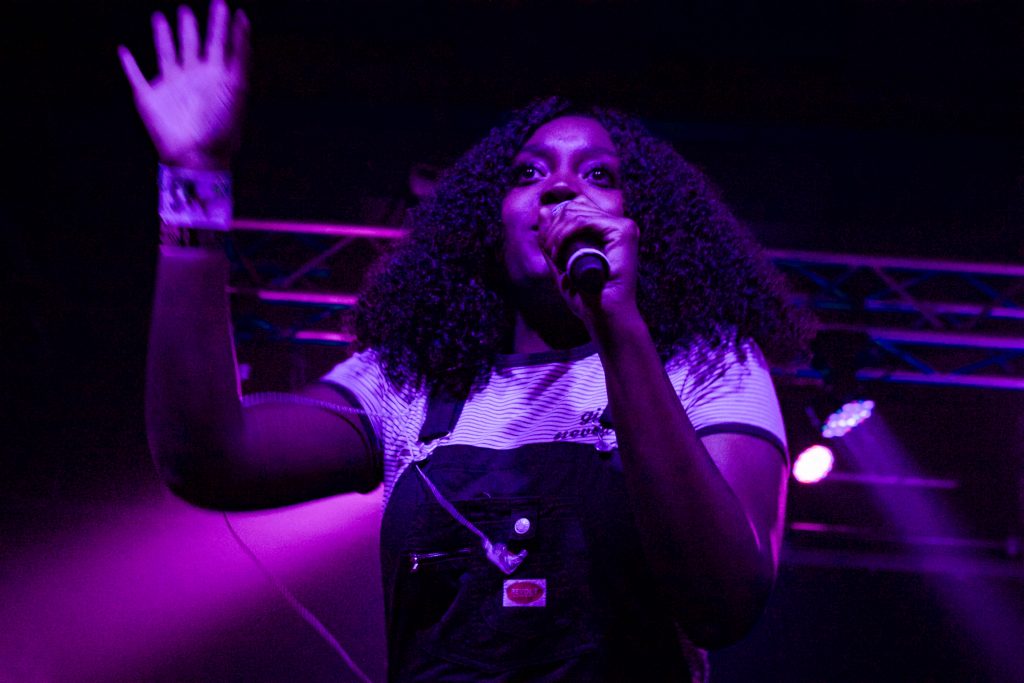 Few things can truly match the malleability of music. By shaping noise and sound we are able to create meanings out of chaos, harmony out of discord. In its energy we find everything from reasons to dance to reasons to live. The emotions put into its creation will somehow trigger the same chemical responses in the brain of the listener. All of this to say music is one powerful medium and musician/artist/poet/mc Noname is more than aware of this.
With songs consisting of bubbly beats overlaid with her poetic verses, her music not only deals with her own struggles but like most storytellers, with every word Noname looks to give substance to her listeners. A frequent collaborator with Chicago artists such as Chance the Rapper, she made her debut with her 2015 album Telefone. The album introduced Noname to the world and told stories of her own battles for success and happiness in the face of countless obstacles. Coming from a place of autobiography, Noname’s music serves as a how to when it comes to the sacrifices and dedication that are needed to demand ones own success. 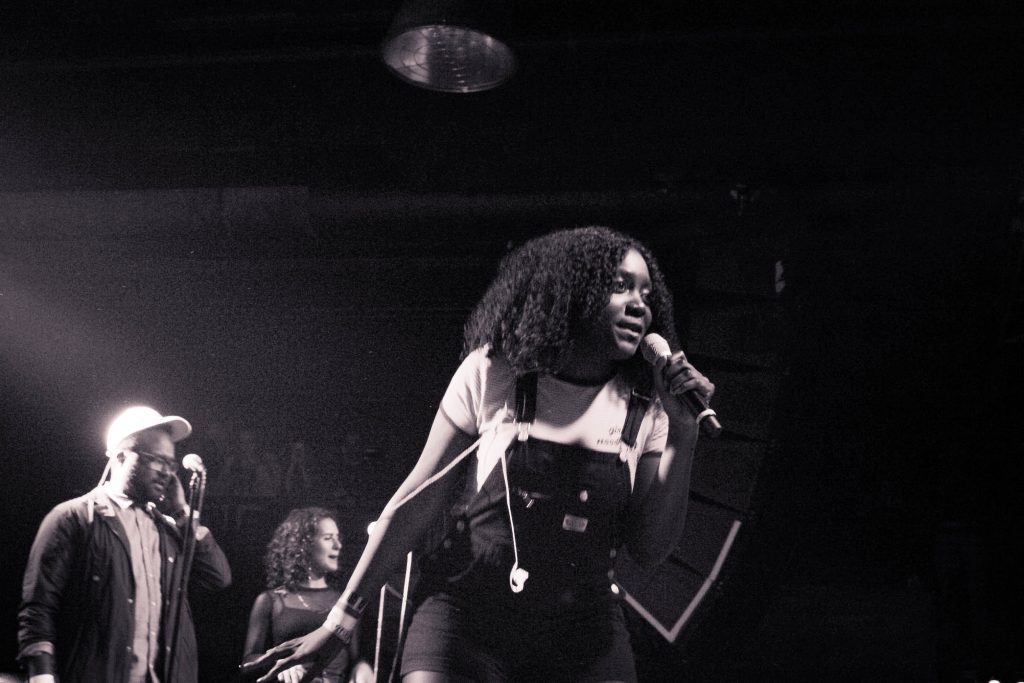 On November 22 I was able to experience Noname’s energy first hand at Chicago’s Concord Music Hall for Red Bull’s ’30 Days in Chicago’ concert series. Supported by a full band her songs morphed on stage as she wove in out of new and old material. Her excitement to be back was obvious as she floated back and forth across the stage singing “Noname off the drugs/ Noname quit the weed/Telefone delight/Love is all I need” Two years removed from the release of her debut album Noname’s dedication to her music has seemed to grow even further Acting as a sort of lyrical motif, lines such as this were repeated throughout the concert. While the band would begin the instrumental to a new song, Noname interwove ideas and lyrics from new and old projects into one cohesive performance. This blending of new and old by Noname and her band allowed for ideas from her previous project to evolve with the new sound while rooting the performance in her Chicago roots. Now living in L.A., Noname’s transitioning from new material into old lyrical motifs went to show that the purpose of her new material has not strayed far from the ideas presented on Telefone. Instead these ideas and principles have simply evolved further in the California sunshine. 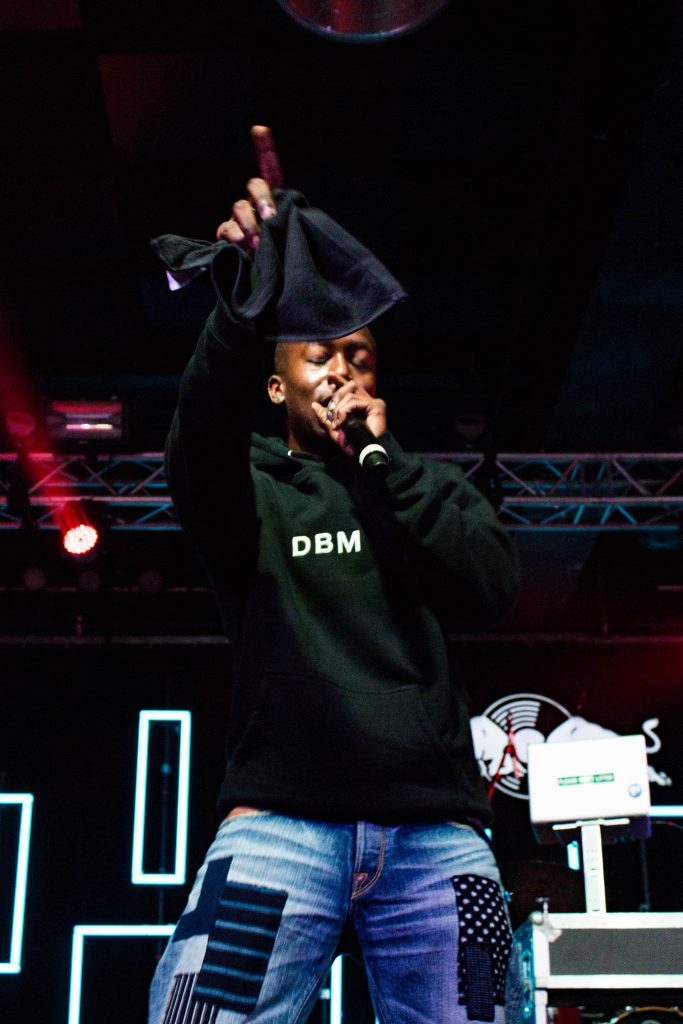 Preceding Noname, rappers Buddy and The Last Artful, Dodgr, set the stage for this Nonames joyous performance. While rapper Buddy was rarely caught in the same place as he danced on every possible surface of the stage, his vocals rarely missed a beat. With a cadence that cut through his bass heavy beats with ease, his songs touched on everything from his inability to stop shining to his one and only love, OG Kush. 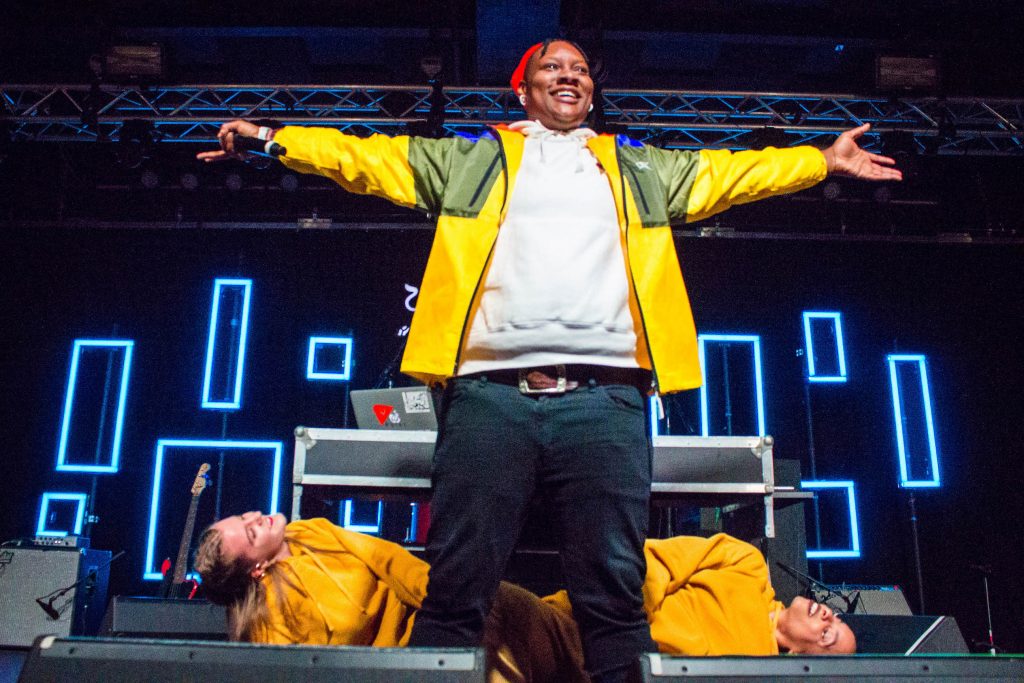 The Last Artful, Dodgr armed with a mic, a red beanie, and two back up dancers, electrified the crowd as people continued to filter in. While neither artist had the support of a full band as did Noname, their charisma alone made up for this deficit in energy as Buddy at one point even dived off the stage to try inject some of his energy into a somewhat lackluster crowd. Whether it was through their own dancing or that of their back up dancers, both performers interjected a sense of celebration into the performance as the packed house cheered them on. 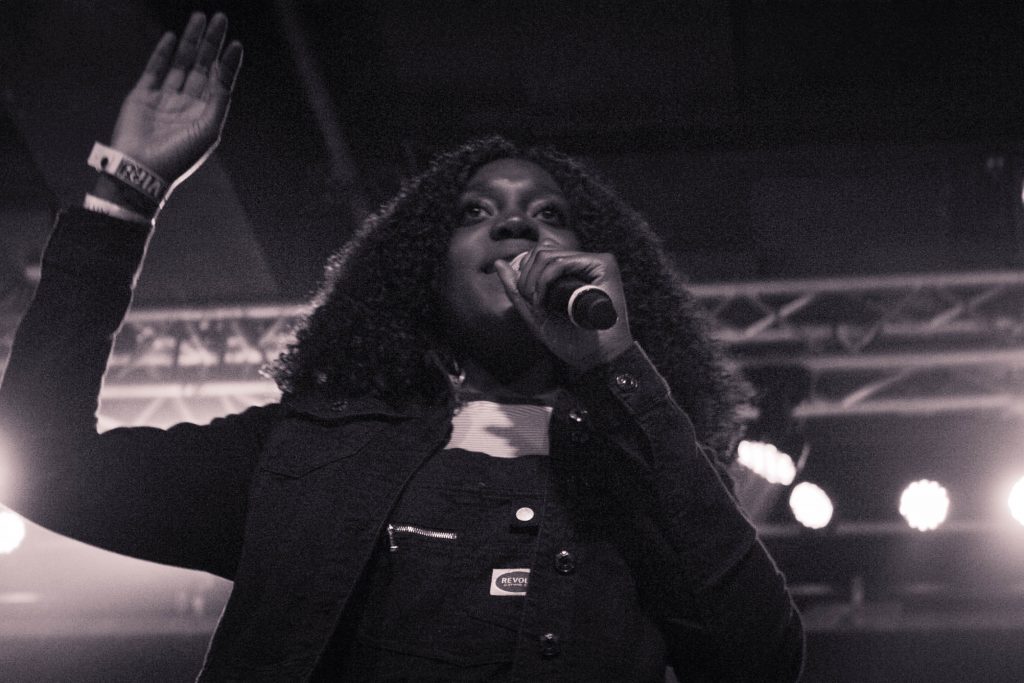 Though all three artist’s songs referred to things very personal, their desire to interact with the crowd showed the outward purpose of their performance. Noname in particular constantly worked to bring the huge crowd in front of her into her performance. Their passive listening was not enough as Noname persuaded the crowd to sing along whenever possible and take the messages to heart. While her songs mostly refer to her own struggles growing up and fighting to escape her circumstances, her desire to interact showed that her words are meant to teach and heal just as much as they are to describe. One of the first songs she performed, Reality Check, a song about facing her own doubts about her music ability when creating Telefone, Noname sang to the crowd, “Don’t fear the light/ That dwells deep within/ You are powerful/ Beyond what you imagine/ Just let your light glow” When Noname first walked on the stage I couldn’t help but notice the light that seemed to emanate from her presence. Full of joy yet tinted with a deep reality of sadness and truth, the wisdom of her words shined through the innocence of her voice. Obviously self aware of her own “glow”, Noname’s music looks to provide this same strength and validation to her fans that she herself has found within it.