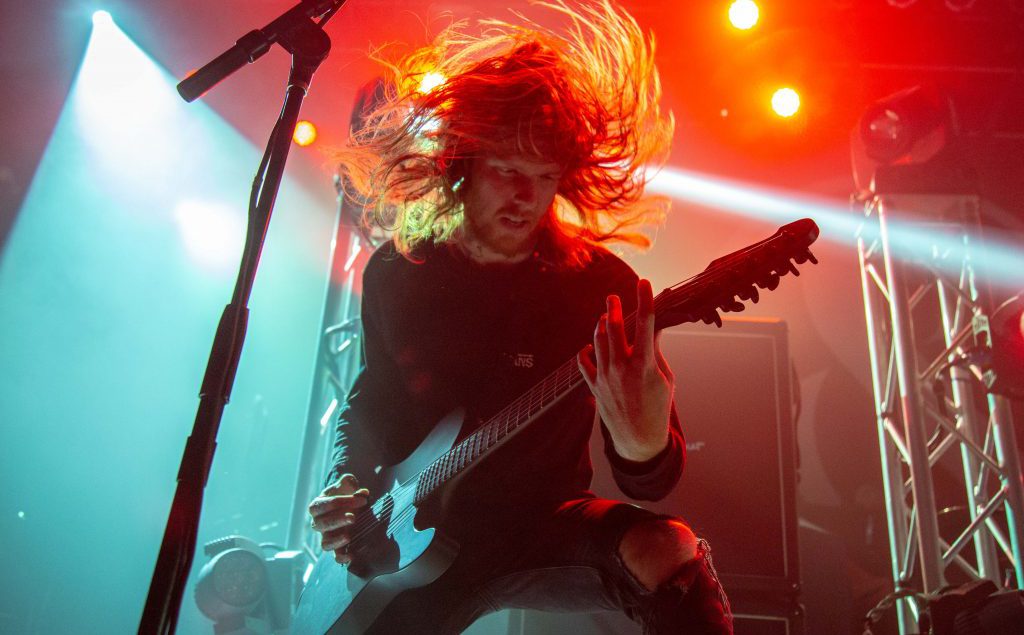 For some reason, the crowd at Chicago’s House of Blues for this March 3rd show moves like a herd of decaffeinated zombies. Only three bands play in one of the shortest lineups I’ve seen for metal bands, yet the setups between bands drag on for eternity.

Palisades plays first, and the crowd stands uncomfortably still as the lead singer shifts robotically in the same, five-feet of space on the stage. The band’s generic hard-core sound is just that: generic. Lead singer Louis Miceli hollers some short, uninspired choruses over repetitive guitar riffs that fade into an indistinguishable chugging with the rest of the instruments. At least the bassist is good. 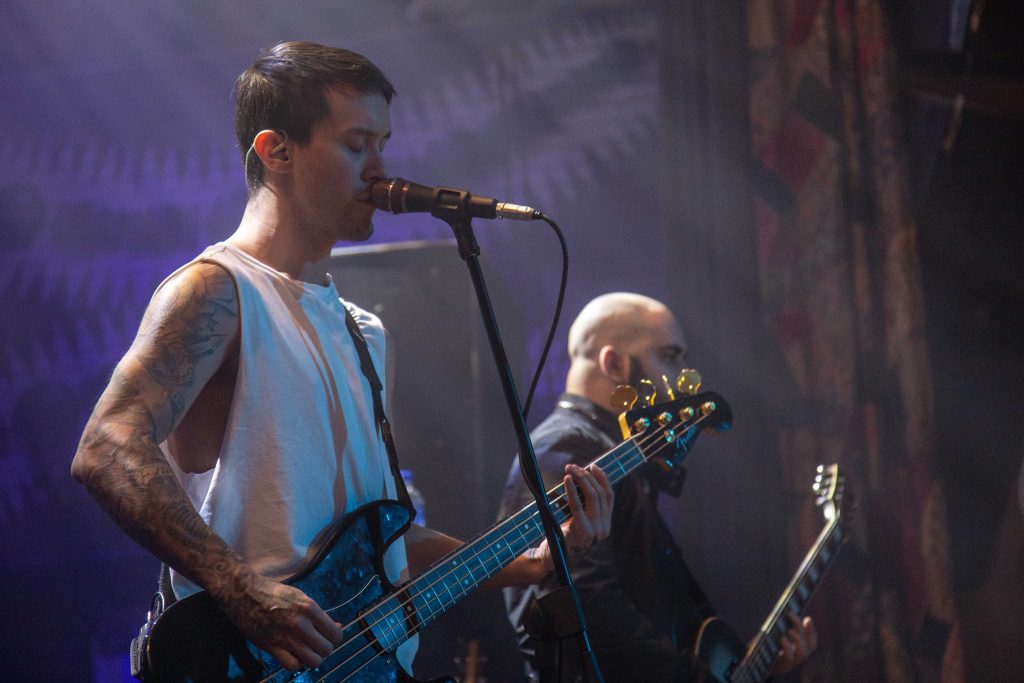 On average, setup between bands takes no more than half an hour: usually less. As the setup before the next band drags on past this unspoken maximum, my friend sighs, “I need a drink for this.” It seems like everyone else does too. As the night goes on, drunk audience members lean sleepily against pillars. Oddly enough, hardly anyone actually leaves the venue at this nearly sold-out concert.

Next up, Of Mice & Men takes the stage with a small bump rather than a bang. I’ve listened to the metalcore group since high school, and like many of the other fans at the show, I only knew the lyrics to their older songs like “O.G. Loko” and “Would You Still Be There.” Even for these songs, I look around the audience of around a thousand and see only a handful or so singing along. 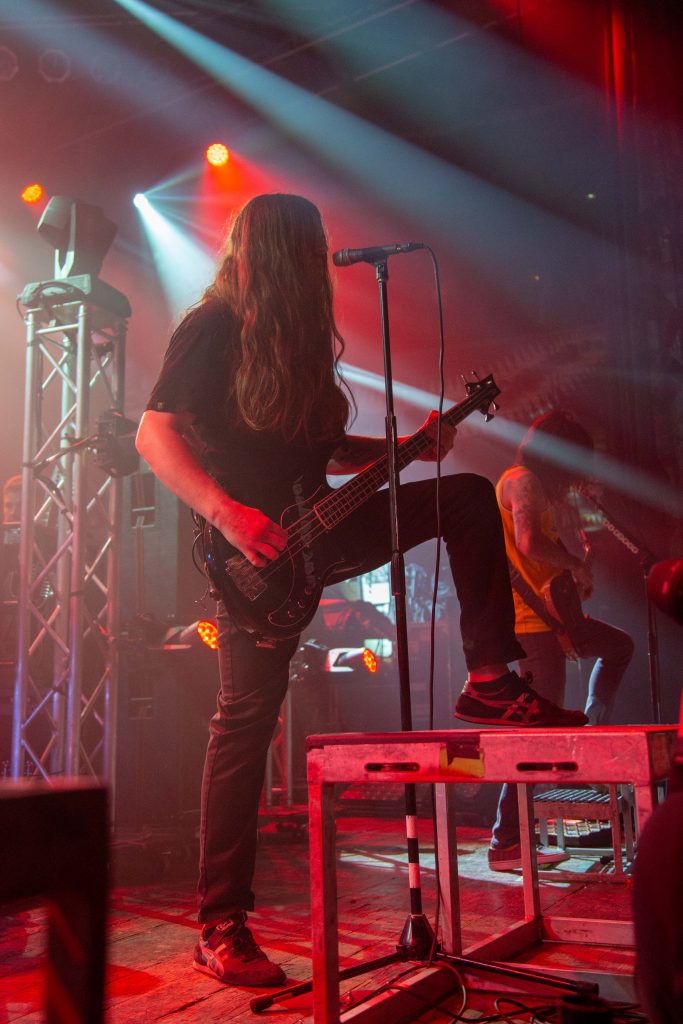 The band almost never moves around the stage, which has plenty of space for the lead singer of Nothing More to climb an enormous lighting fixture later that night. Like many of the bands I used to listen to, I get the impression that Of Mice & Men have sold out. While this is not always a bad thing, their new music blends together and the new singer (who recently replaced Austin Carlile) lacks the energy to entertain an audience. When Of Mice & Men play their last song of the night, nary a crowd surfer enters the sky. Rather than a metal concert’s typical tsunami of movement, this crowd is but a tranquil, drunken lake. 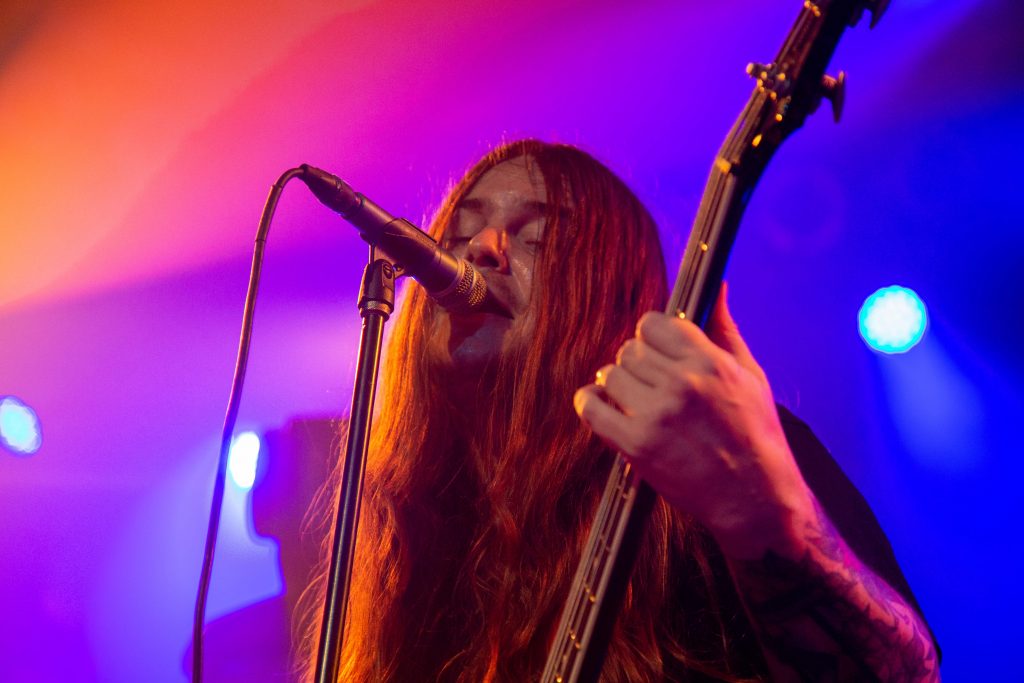 After nearly an hour of setup time before the night’s headliner, the crowd’s anticipatory energy reaches its peak. Behind an enormous curtain that covers the stage, the shadows of the band members of Nothing More appear one by one. The outline of the band’s lead singer Jonny Hawkins climbs some sort of light fixture behind the curtain as the band’s musical intro builds momentum and the crowd cheers with the most enthusiasm it has had all night. 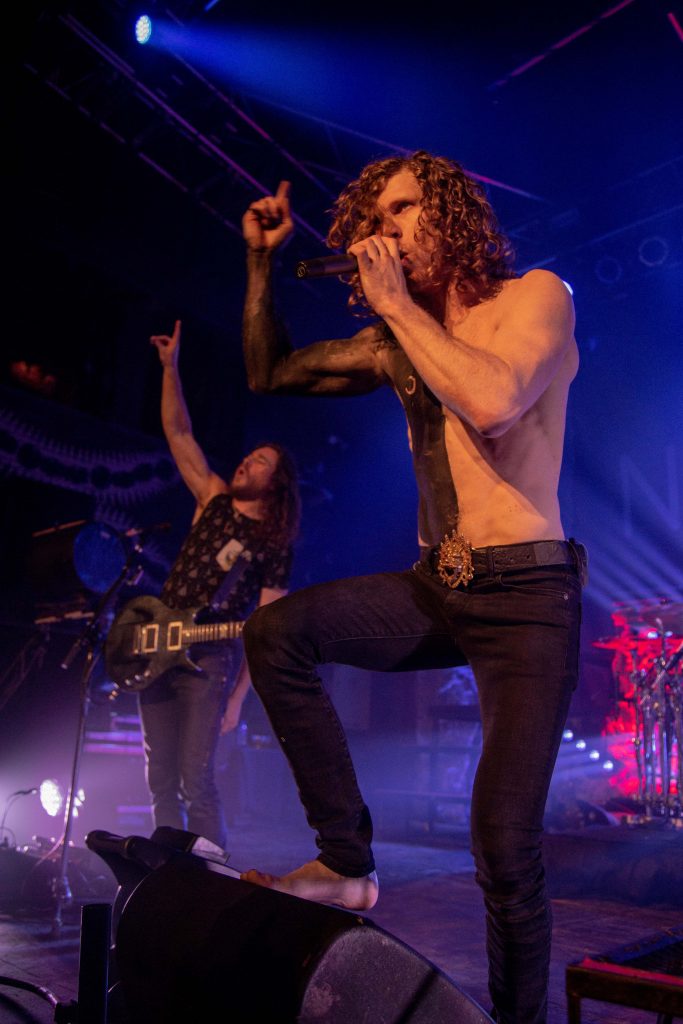 Although unfamiliar with the band, their initial energy raises my hopes for the set to come. When the curtain lifts, I immediately notice their impressive, multi-tiered lighting setup, and at one point, Hawkins actually picks up a heavy-looking light and holds it above the crowd.

He runs shirtless across the stage as if trying to compensate for the lack of energy earlier in the night. He has painted the right half of his torso black while leaving a crescent moon of skin around his right nipple that draws the attention to him and his actually decent vocals. Hawkins reaches an impressive range of highs and lows, and his vocals soar above the quality of the rest of the band. 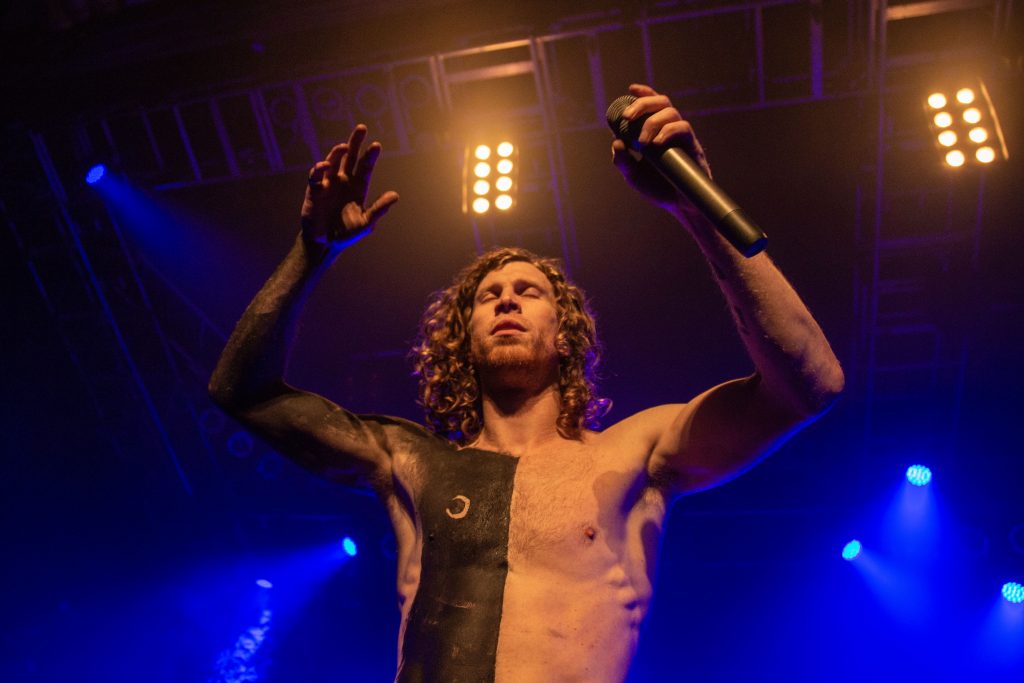 They fall into that overproduced, pop-punk category that tries to sound hardcore but fails. While Hawkins’ charismatic personality and musical talent are quite an improvement from the rest of the show’s musicians, he simply cannot carry an entire concert by himself. Few people can. Even with some impressive pyrotechnics, Nothing More just can’t revive this concert’s stubbornly dead crowd.