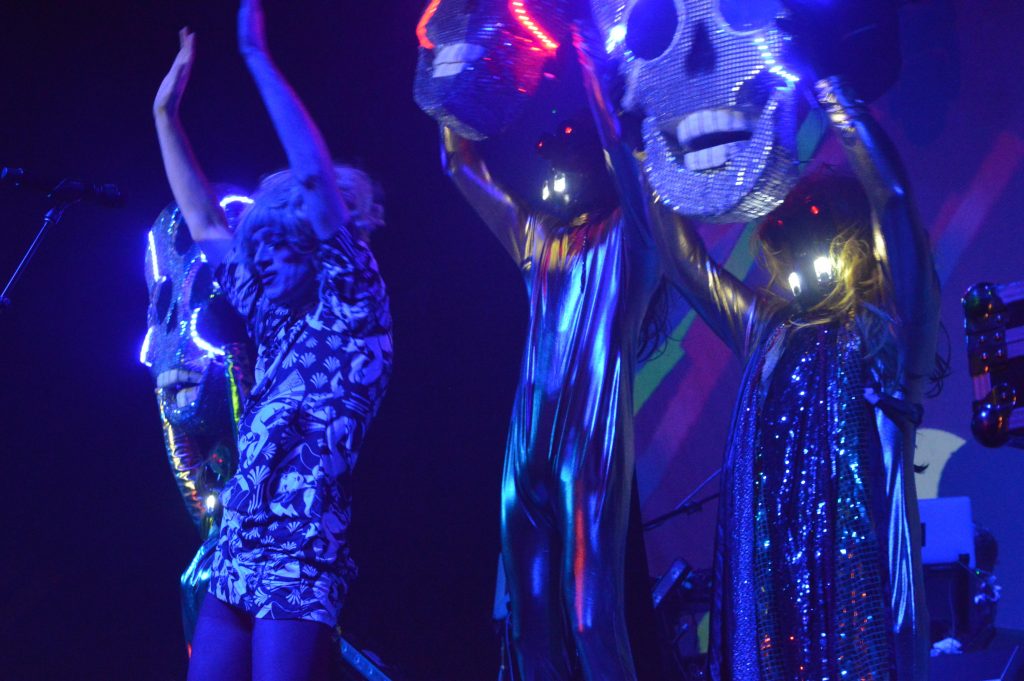 At this point, for plenty of bands of this era, artistic apathy would have set in. Live sets might rely entirely on the nostalgia of past releases or the novelty of a reunion tour. However, Of Montreal’s frontman Kevin Barnes still creates and performs like it’s the first time he’s had a significant crowd to watch him. This band has been incredibly prolific since their beginnings, releasing a staggering 23 albums in the past 20 years.

Of Montreal has existed in various forms since the late 90s, but don’t seem to have lost any creative steam. The psychedelic pop band hails from Athens, Georgia, and is part of the Elephant 6 Collective, a group of prolific and well-known recording artists and bands who all come from Athens. Other notable bands in this collective include Neutral Milk Hotel, the Apples in Stereo, and Olivia Tremor Control.

Stepping into Thalia Hall, I had very few expectations for what I was about to experience. I thought there might be some interesting psych visuals, given their colorful sound, but nothing too out of the ordinary. I didn’t start to question what I might actually be getting into until I wandered around the crowd. There were a bunch of women wearing powdered wigs and Victorian-era dresses, several dudes in unicorn onesies, and wigs everywhere. The costumed and extravagant performances that followed for the next several hours made it clear my ideas of normality were what really were out of place. 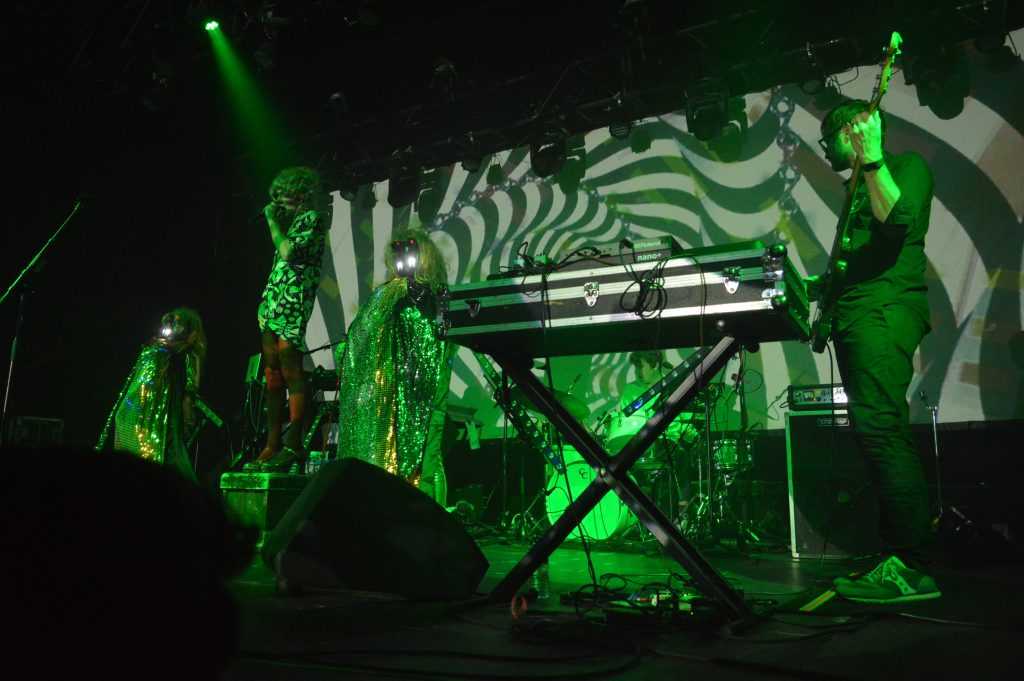 Opening the night was Locate S,1, whose recent album Healing Component was produced by Barnes. Sunny, reverb-y guitars and frontwoman Christina Schneider’s soothing falsetto made for pleasant pop songs. Despite having simple instrumentation and melodic lines, the songs were really complex, changing keys just about every line. It was pop music for the most cerebral of music nerds, but still catchy.

Between sets, the anticipation in the air felt tangible. The crowd swelled as more and more costumed concertgoers found their way into Thalia Hall. Finally breaking the tension, Of Montreal entered and started playing a single droning synth note. A masked man with a top hat pranced onstage to huge applause, and welcomed the crowd with a monologue about space travel, finally inviting our “Space Captain” Kevin Barnes to the stage. 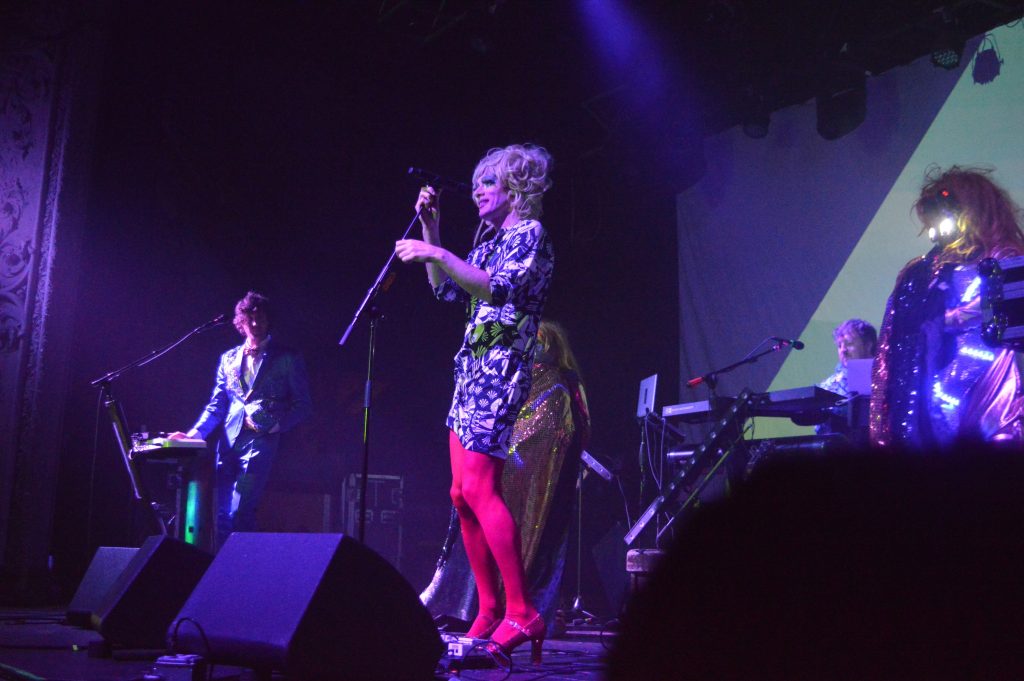 Barnes came out in full drag, escorted by three robotic backup dancers, and launched straight into “Soft Music/Juno Portraits of the Jovian Sky.” The rest of their set only spiraled further into theatrics from there. Every four or five songs, Barnes and his posse would disappear backstage and reemerge in new gaudy threads.

For crowd favorite “it’s different for girls,” there were leather catsuits and a devil with a whip, like we had been transported to some hypnotic bondage dimension of hell. Nothing was underprepared. There were lavish props, dance routines, and kaleidoscopic visuals for every occasion. The whole show felt like one long, euphoric encore. 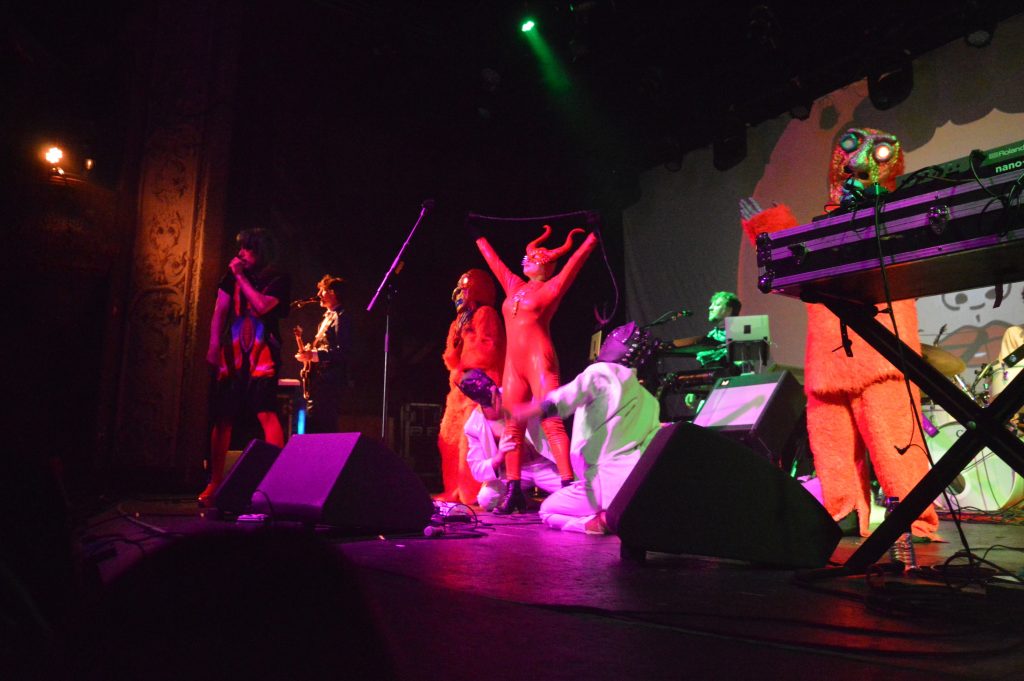 The moral here is: if you get a chance to go see Of Montreal, even if you know very little of their music, don’t pass it up.