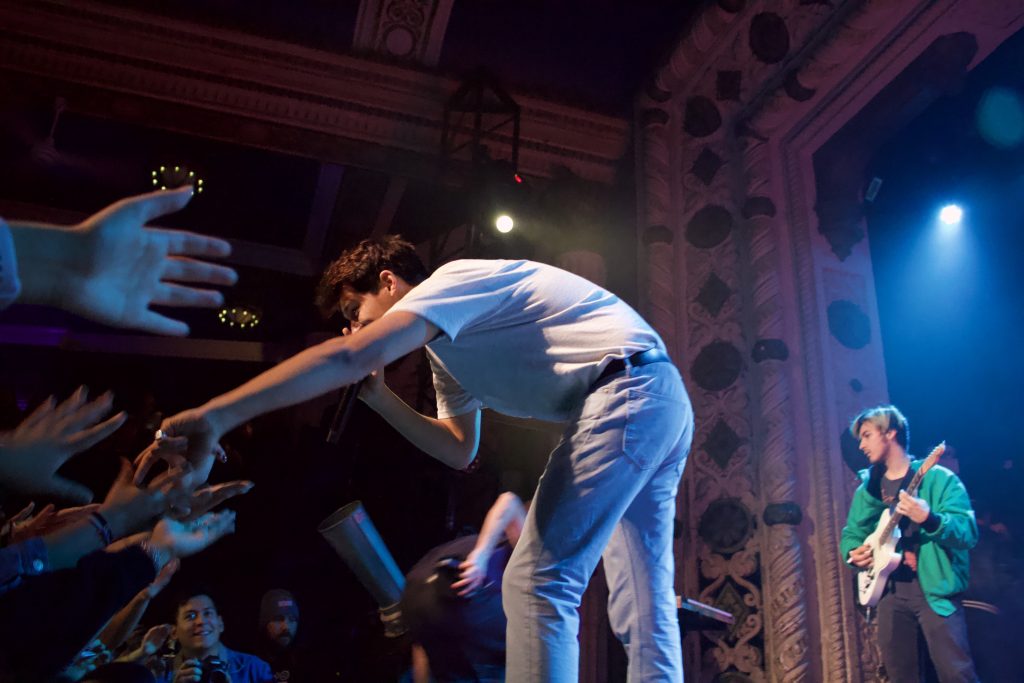 Hailing from Hobart, Indiana, Apollo has been no stranger to the Chicago music scene, accumulating quite a following over the past year with the release of debut EP Stereo. Proud of his Hispanic roots, Apollo sometimes incorporates Spanish lyrics over saucy Chicano instrumentals. He is also absolutely adorable, and therefore basically has to fend off fangirls with a stick. 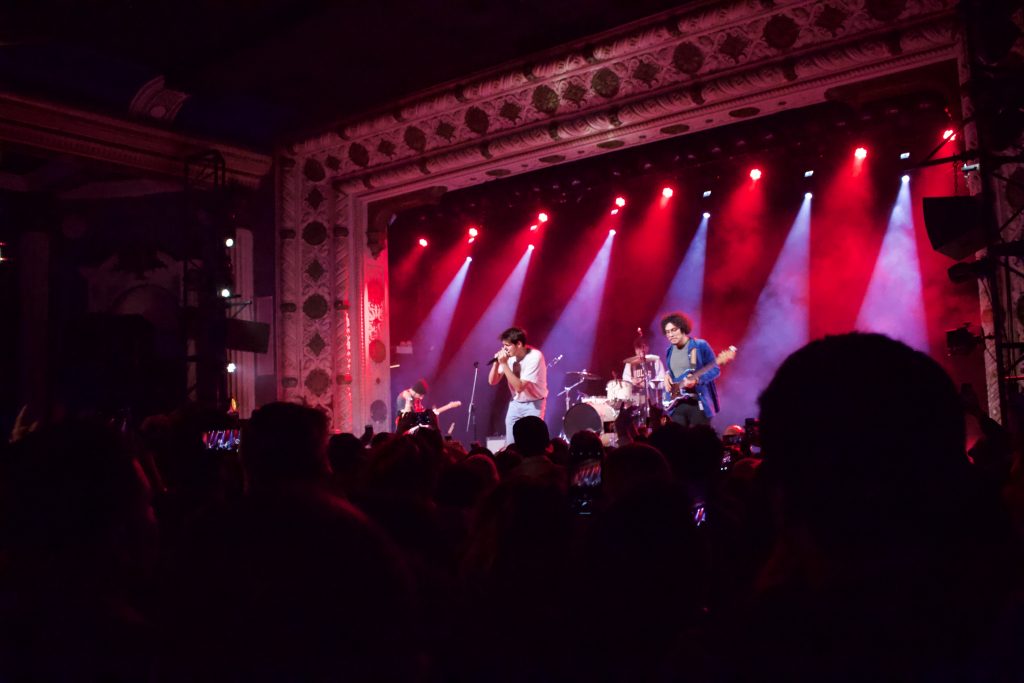 Having seen him last month at Tropicalia Festival in Long Beach, this was not the first time Apollo had graced me with his presence and surprisingly amazing dance moves (apparently he used to take dance classes, as I learned from this Chicago Tribune article). I was thoroughly impressed with his performance at Tropicalia, but was curious to see what a hometown show would be like and eager for him to play a longer set. 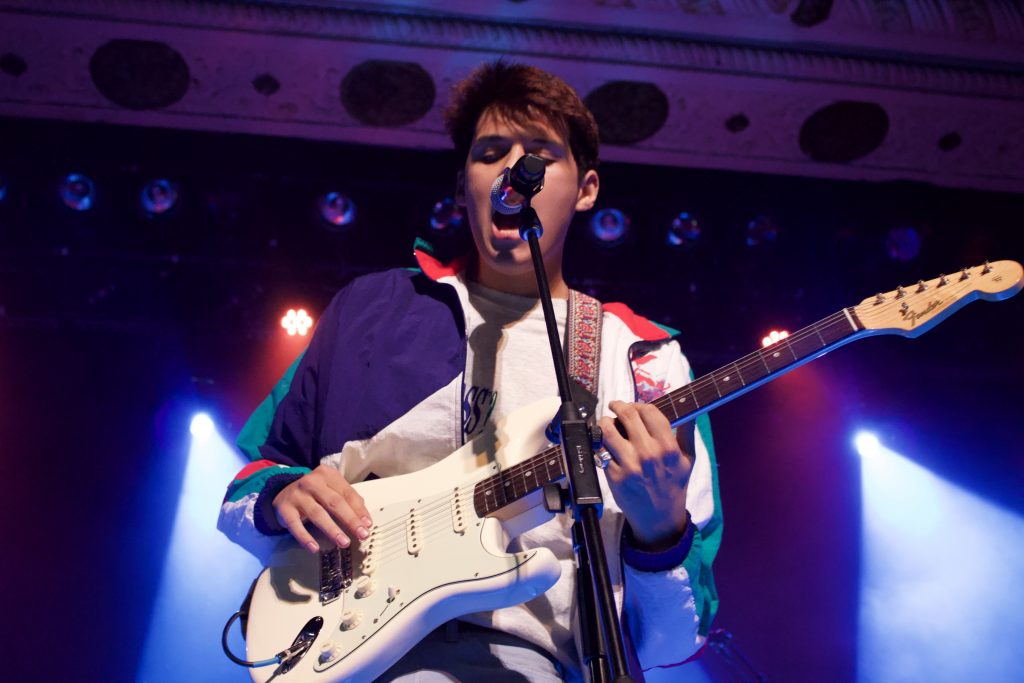 The show in itself was honestly more like a mini-festival, with three acts going on before Apollo. First to the stage was Kenny Hoopla, a hip-hop artist with immense energy who claimed he had lost his voice, making his singing terribly off-key. Following was Role Model, seemingly your typical LA fuckboy with perfect hair and Dickie’s pants. Though his performance was good, many of his songs deal with the same oh-so-relatable content of hookup culture. In fact, it kind of came off as him flexing about how many times he has sex. Evanston locals Manwolves were the penultimate act, bringing some much-needed instrumentation to the show. Though their lyrics were simple, the talent of the band was undeniable, with an amazing trumpet player and solid guitar riffs.

In anticipation of Apollo’s set, the crowd became very squished. Like it was hard to breathe. I honestly wasn’t expecting that given the type of music he plays – but like I said, the guy is highly coveted by fangirls everywhere. Sporting a colorful windbreaker, vintage Guess shirt, and a Gucci belt (subtle flex), Apollo came out to upbeat track “Ignorin” and immediately broke out into a salsa. I actually wrote in my notes: Those hips don’t lie. I still stand by this assertion. 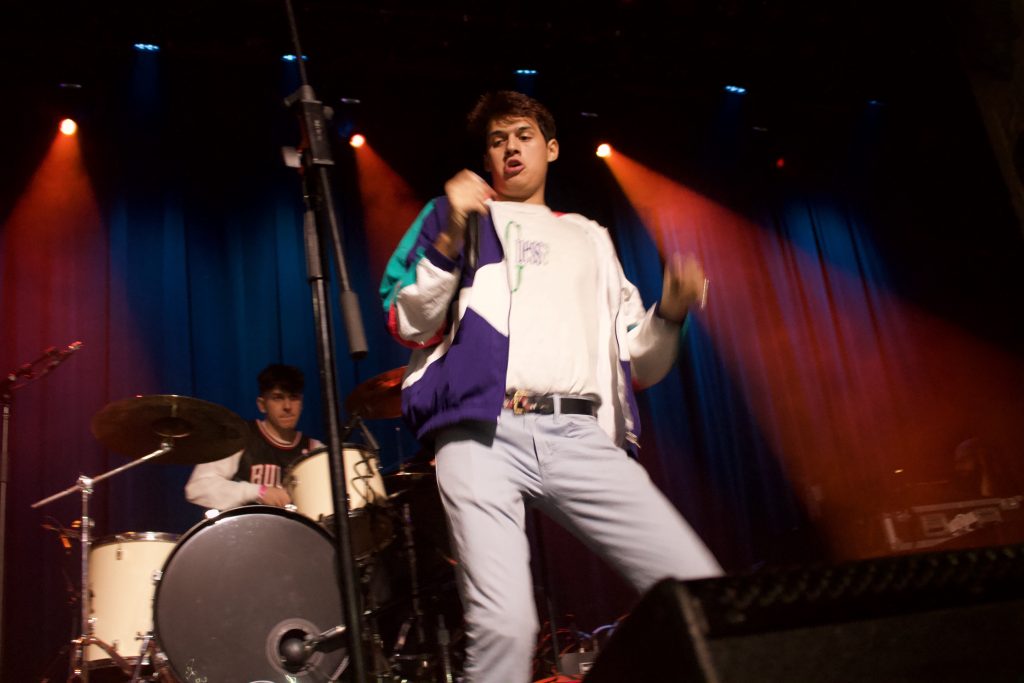 As if he couldn’t get any more charming, he announced that his parents were in the balcony, holding a poster complete with baby pictures of Omar. Cuteness overload. He also stated that playing Metro had always been a dream of his, as he had been coming here for concerts since he was a kid. Apollo then performed some of his slower tracks, “Erase,” “Brakelights” and “Pram,” before attempting a cover of Joni Mitchell’s “Little Green,” which was soon abandoned because he forgot the lyrics.

Despite this hiccup, the girls continued to scream and shout for him, like right in my ear. It was hard to ignore the effect he obviously has on his fanbase – I mean, these people worship him. Apollo performed “Heart” solo, showcasing his impeccable falsetto which possibly caused someone to faint in the crowd (although it was most likely due to the compactness of the crowd and/or dehydration). As Apollo watched this happen from the stage, a genuine look of fear came across his face. He ordered security guards to pass out an entire case of water, and asked everyone to say a prayer for the girl, adding “No more fainting okay, I got so scared.” 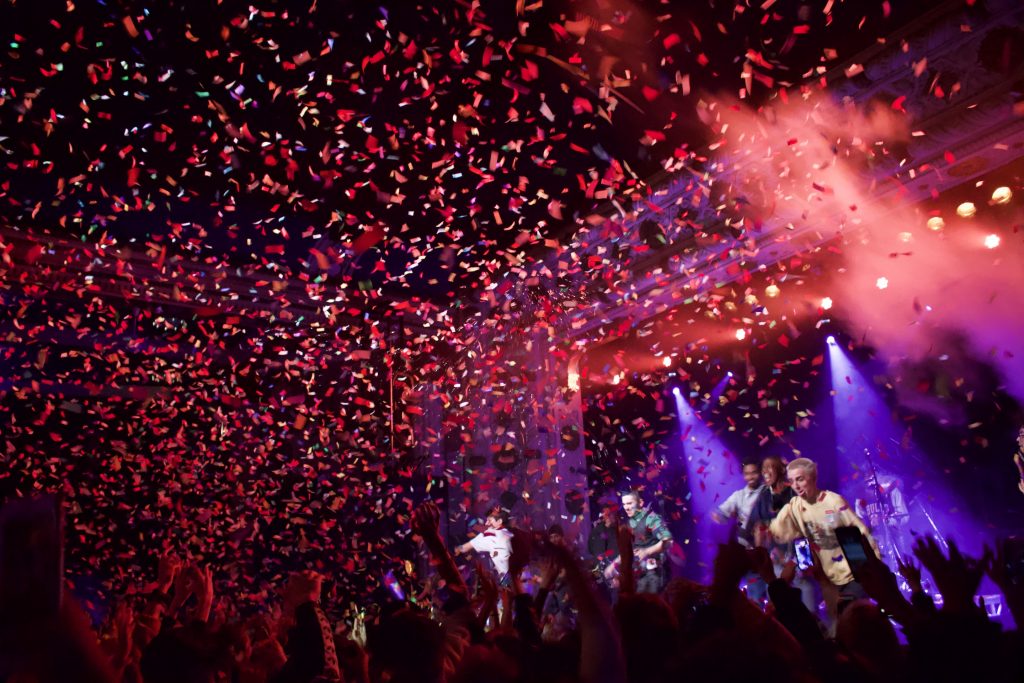 Another highlight of his set was “Algo,” for which he brought out rapper Drayco McCoy, who features on the track. After “Ugotme,” Apollo left the stage, but immediately came back on to perform my personal favorite, “Hijo de Su Madre.” As all three bands occupied the stage, confetti launched into the crowd and Apollo danced around crazily along with the audience. Everyone shouted along with the song, particularly for the lyric “You ain’t ever seen a brown boy like this.” He might just be right.