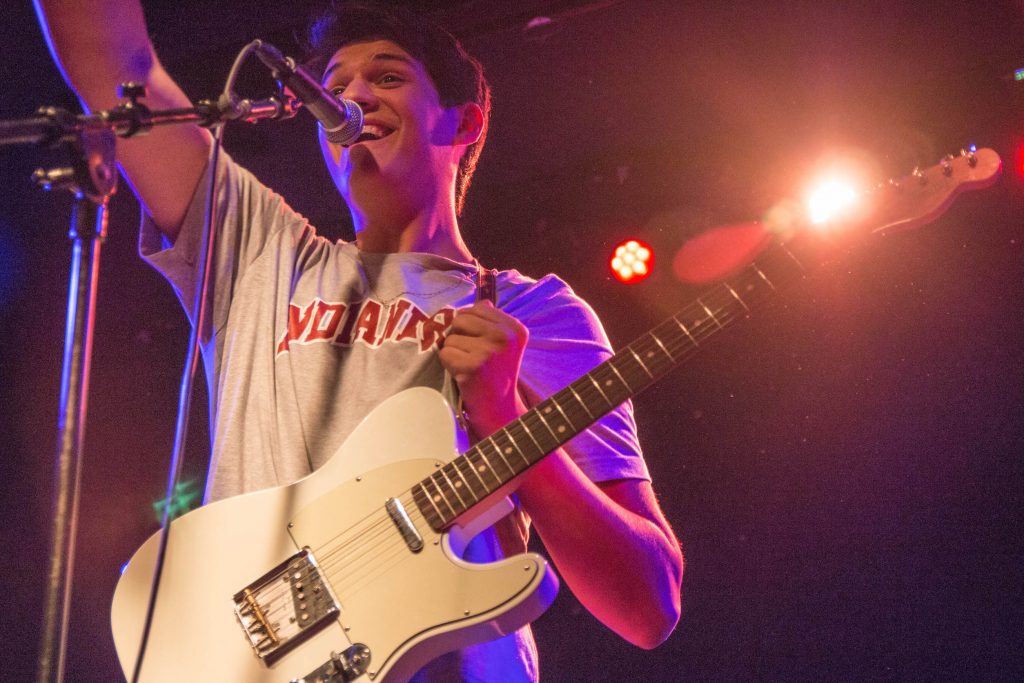 On Wednesday, Feb 14, Omar Apollo and The Slaps dazzled Schubas Tavern with their melodic falsettos and gritty guitar riffs.

First up was The Slaps, a Chicago based band. As I was later informed by the many Depaul hipsters in the room, The Slaps are based in Depaul and are well established in the local indie rock scene. Rand Kelly, Josh Resing, and Ramsey Bell Book entered the stage and they began with their song “See Her.” The crowd responded immediately, taking part in a collective headbob. 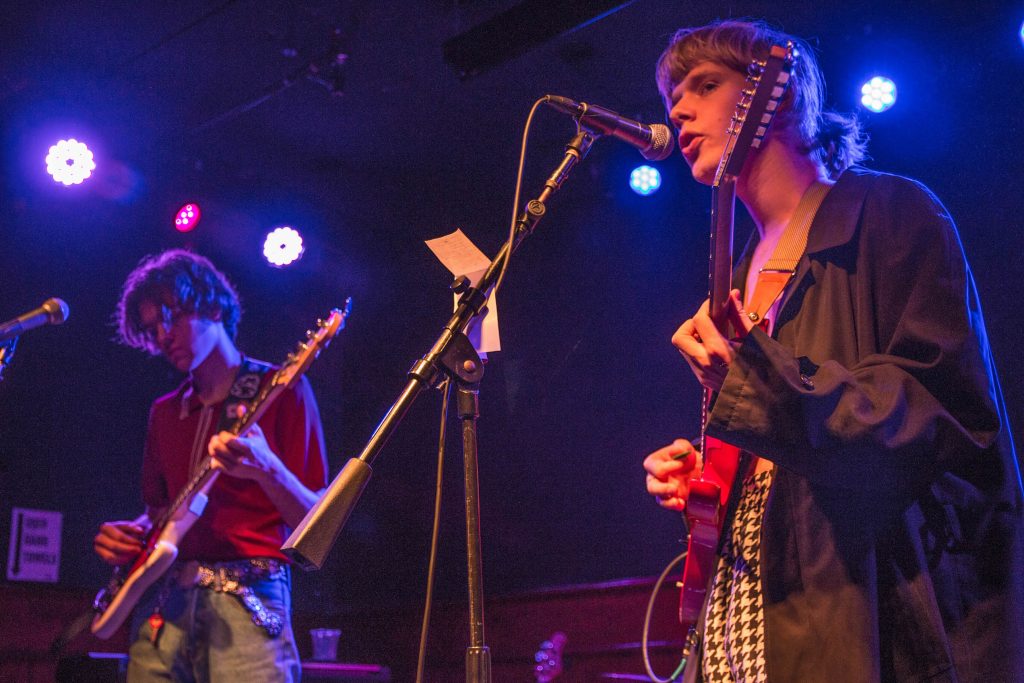 I was particularly intrigued with the drummer, who had a very eccentric air about him. He would occasionally laugh maniacally into the mic, but otherwise, he stuck to his drum set. It was almost as if he was in his own bubble, completely detached from the rest of the world. At one point, his drumstick flew out of his hand, but it didn’t faze him; he played on with the palm of his hand.

The lead singer’s guitar riffs were so impressive that they caused someone in the crowd to yell:

“My mans got magic fingers!”

And magic fingers did he have. 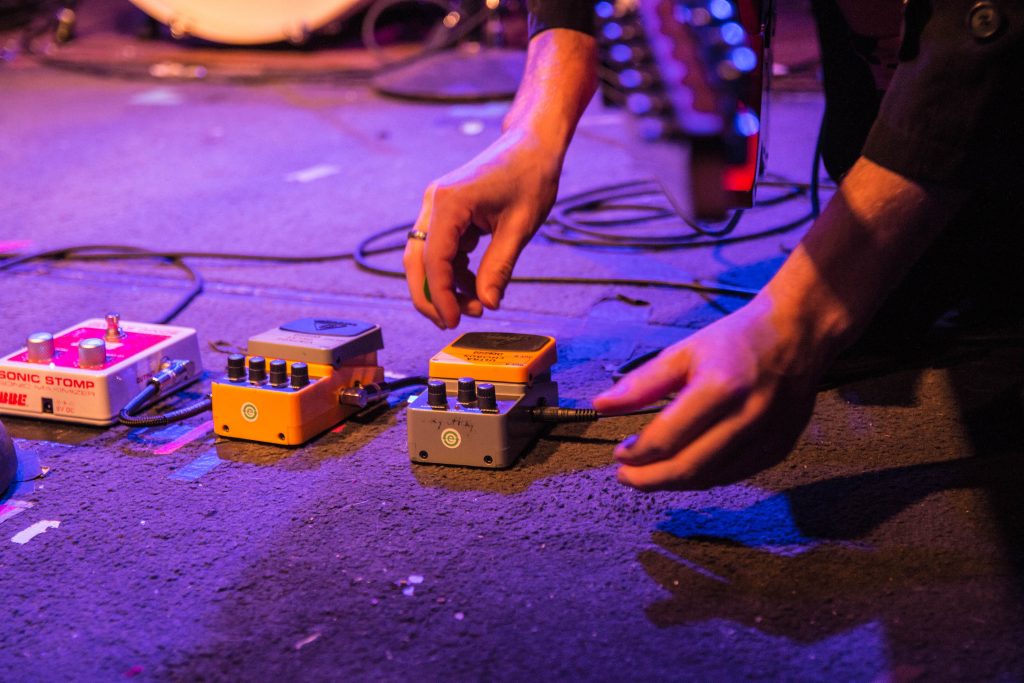 The Slaps certainly did not disappoint with their dreamy, indie surf set, but the anticipation for the headliner to take the stage was palpable. The crowd wanted Omar Apollo.

Finally, Omar Apollo took the stage causing the crowd to erupt in cheers, and the posse of girls behind me to shrilly yell “Te amo!” in his direction. At first, I scoffed at them, finding humor in their intensity and passion, but by the end of the night I shared their sentiments. His humble demeanor and soulful tenor made it impossible for the whole crowd not to become completely enamored with him. 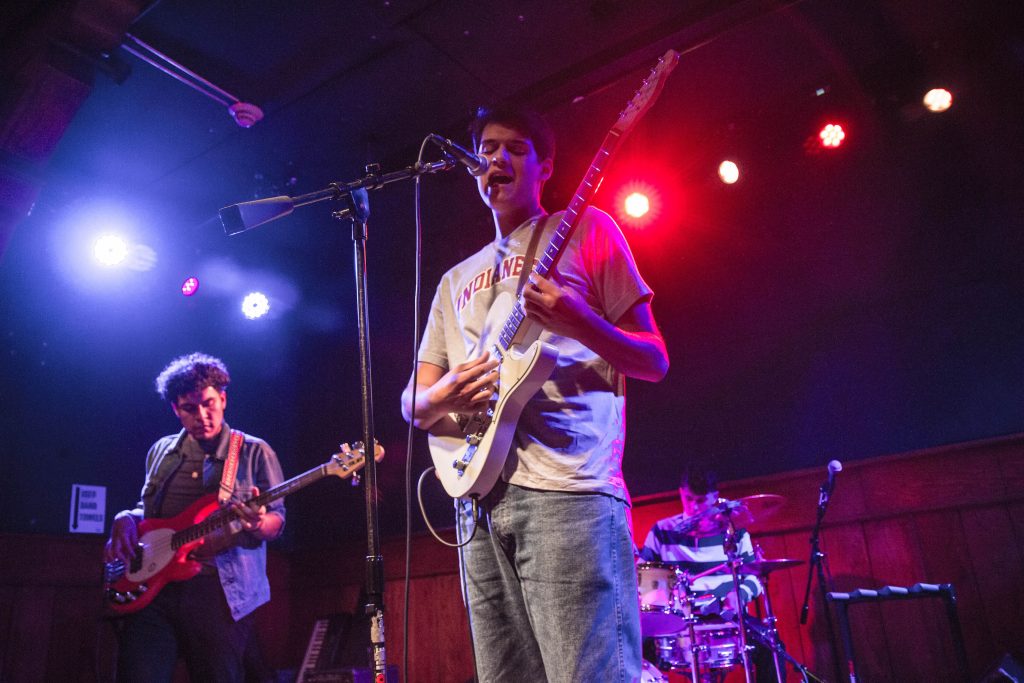 The 19 year old Indiana based artist began his set with his song “Come Over,” and the ambience of Schubas Tavern shifted completely. The cool blue lights and fierce staccato of The Slaps were replaced with a soft pink hue and Omar Apollo’s devastatingly beautiful voice, which, might I say, was oh so appropriate for a Valentine’s Day performance.

It really started to feel like Valentine’s Day in the middle of his set. While Omar Apollo performed “Heart”, his bassist began handing out red roses to the crowd (Luckily I got one!). The many couples in the room pulled each other close and swayed gently to Omar Apollo’s gut wrenching testament to unrequited love. 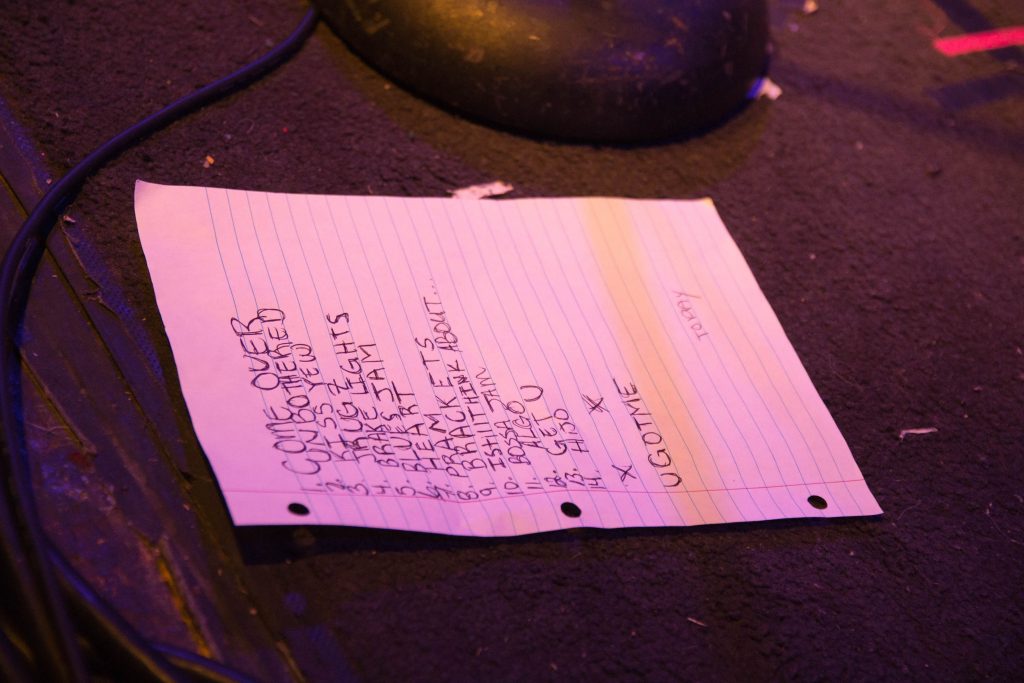 The next song in Omar Apollo’s set was “Algo.” Earlier in the concert he had begun pausing for the crowd to sing along in very short intervals, almost as if he was unsure if the crowd was well acquainted with his music. But by this point, he relied almost completely on the crowd to complete the song. And they did. Terribly loudly. Not a single person skipped a lyric. As the scene unfolded, Omar Apollo’s face beamed with pure joy and amazement at how many devoted fans he had. It was a wholesome scene to watch. In fact, it was the second wholesome scene of the night. The first being Omar Apollo’s mom, who was coincidentally standing right next to me, handing her son a rose and telling him how much she loved him. She was perhaps the biggest fangirl in the crowd—it was amazing. She never strayed from reminding people around her, including me, that he was, indeed, her son. 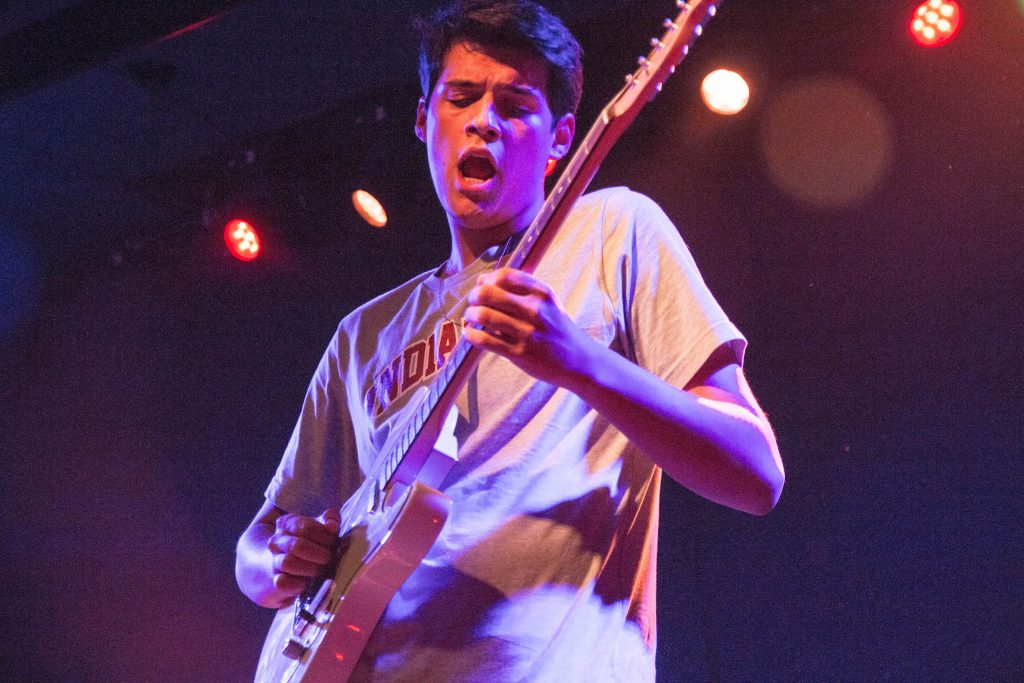 As the night winded down, I found myself wishing that his setlist would stretch on. He thanked the crowd, and began to walk off stage. But I wasn’t ready for the night to end quite yet, and neither was the crowd. We all began to yell “Encore!” with enough fervor to bring Omar Apollo back on stage.

Omar Apollo smiled bashfully and ended the night with his latest single “ugotme.”

All in all, it was a fantastic concert. Omar Apollo’s exceptional performance and the intimacy of the venue made it the perfect way to spend Valentine’s day.

It’s always amazing to see the progression of an artist’s career, and, as an avid Omar Apollo fan, it was truly wonderful to witness his growth from SoundCloud artist to headlining a sold-out concert in Chicago.

Omar Apollo is definitely an up-and-coming artist you want to keep your eye on! Check out his music!