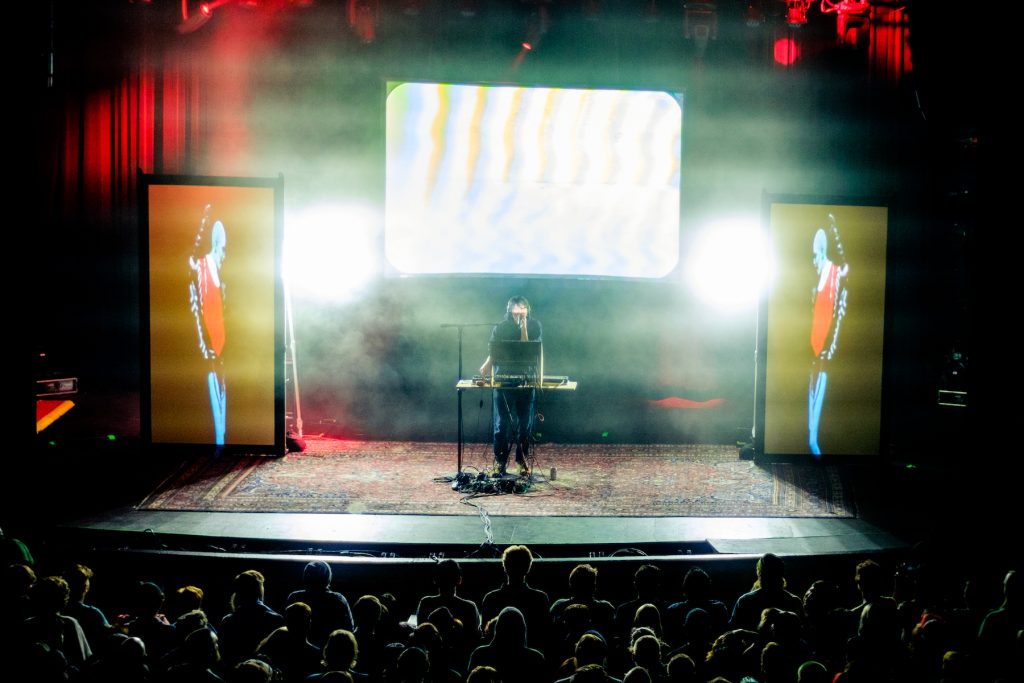 Geologist opened, injecting the crowd with all the slack-jawed energy of an
intravenous muscle relaxant. But not the fun kind that reaches up to your skull,
something more like Benadryl, just fuzzy dissociation accompanied by a mild headache.
Stooped dutifully before his computer-pad, head bobbing passive to metronomically
pounding bass-vibrations of his own creation, he seemed less an object of audience
attention than a static fixture of the room, music commanding all the attention that I
imagine a pair of actual rocks might. Fittingly, nobody but the Geologist gave it much
interest. Every now and then, the endlessly repetitive thumps and screeches of his
ambient “experiment” would shift at the level of a single voice, changing rhythm or
character – these occasional breaks of dynamicism elicited polite murmuring and
whooping from the crowd, stood on idle and compulsively shifting feet. Eventually, his
song (or perhaps songs, I’m really not sure) dwindled to an anticlimactic finish, and he
shuffled off the stage, the only real movement he’d made since coming out in the first
place. 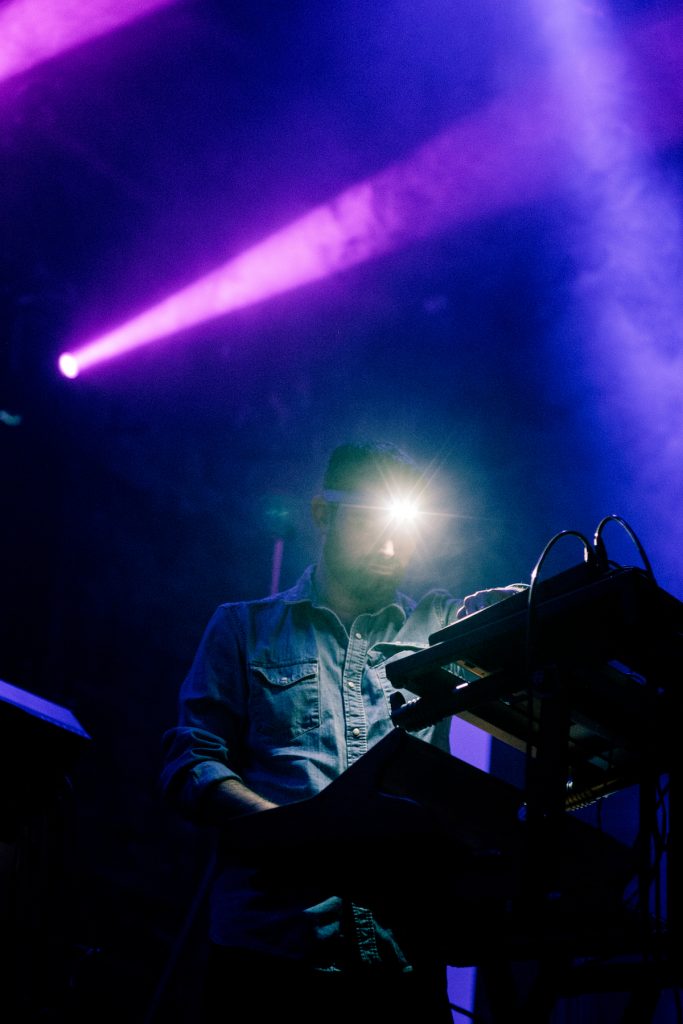 At this point, I’d love to tell you that Panda Bear came out and floored me with his
raw musical prowess, scorching the audience with the ruthless acidity of his
computerized sonic mastery. Maybe I’d have been thrown back to my first moments of
transfixion with AnCo’s frenetic and childlike musical energy – teenage summer,
Merriweather Post Pavilion lodging itself in the CD drive of my van for the month of July,
hot summer nights backed by bouncing psychedelic jubilance floating some freak
removed cousin of Brian Wilson’s vocal harmonies. That’d make me happy. But I can’t
lie to you. In reality, Panda Bear was fine. Or maybe OK. I’ve heard much worse things.
Geologist, for example. While Panda Bear’s ascent to the stage did fill Thalia Hall with
something it’d been thus far lacking that evening – actual, recognizable, and potentially
even enjoyable, music – the comatose blandness of his stage presence did hard work
to negate any effort I might have otherwise made to groove with it. In retrospect, it was
almost poetic when they took Geologist’s computer-stand off the stage, only to replace it
with a larger, more complexly wired variation of the same thing, this time a tool for
Panda Bear. Panda’s set was exactly that – a more complicated, well-organized, and
colorfully lit adaptation of the same drowsy white-bread essence which plagued
Geologist. Maybe I’m just an asshole. But I really couldn’t tell what he was doing up
there on stage – the general impression was of listening to a very poorly-mixed version
of PBVTGR (his most recent album, which is terrific and worth listening to), muddied by
the acoustics and human ambience of a ¾ full concert hall. Like his boulder-loving
counterpart, he remained firmly planted behind the shield of his DJ gear for the entire
set, exuding exclusively molasses-like energies. 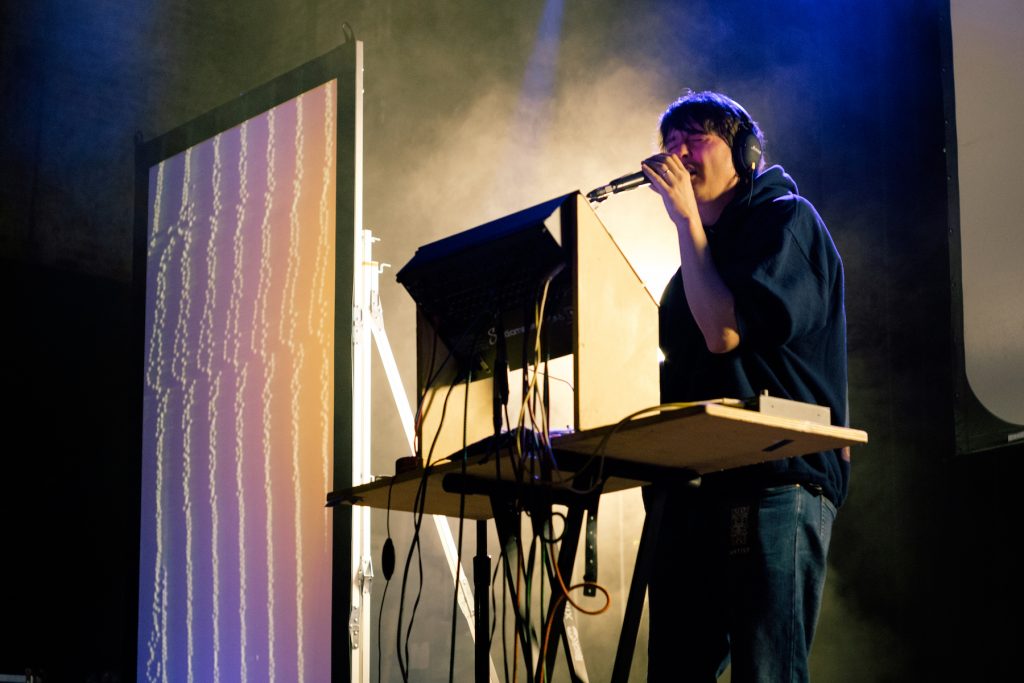 There’s no question Animal Collective is past its early 2000s glory days of
creative brilliance, but I’m left wondering a few things. How can someone who’s music is
saturated with freewheeling, caustic energy, be so oppressively dull on stage? Does
Panda Bear realize how bad Geologist is, and let him open out of kindness anyhow?
Would doing so be crueler than facing him with the truth? Did I truly hate the show this
much, or am I just enjoying being a critic? Heavy questions of morality weigh upon
Panda Bear’s visit to Chicago. All in all, I recommend Panda Bear’s music without
hesitation, but recommend his live act only to those who consent to set their
expectations to the music of a literal Panda, growling irritably between bites of bamboo
stalk, perhaps with a live-reading of a NSF grant proposal written by an actual geologist
as the opener. Only then might you find yourself pleasantly surprised.