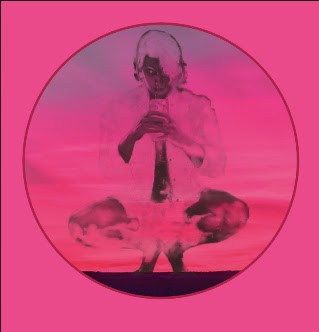 In the middle of his instrument-strewn Evanston apartment sits Charlie Rhoad; with more intentionality and refinement than ever, the artist behind Panda Plane debuts his self-titled album, Panda Plane.

The album, released Jan. 29, offers the same eccentric and passionate project usual to Panda Plane, but this time with an improvement in every aspect of the musical process. From Rhoad’s lyrics and instrumentals to his technology, it’s obvious this is a more serious and conscious piece of work that has the ability to elevate Panda Plane to the next level.

The Northwestern RTVF senior reflected on his past work, including a few albums he has taken down from streaming services and earlier projects such as Incorrect Visions of the Future. Rhoad says the difference in his projects throughout time have been an important sign of his artistic growth and progress.

“What I’m able to do now is so far ahead of what I was doing then,” says Rhoad, 22. “But at the same time I still think there is a lot of value in those projects because that is where I was figuring out what I was doing.”

Rhoad says he got more serious about his music after high school, which is when he set out to make his first fully formed album. The entirely self-produced artist has improved with every project since then, artistically culminating in Panda Plane.

While living in a dorm room certainly limited his instrumental breadth, living off-campus these past two years has given Rhoad the space and freedom he needed to make his musical progress especially evident.

“I see the self-titled album as a culmination of what I really wanted that first album to be and what it should have turned out as,” the Cincinnati-native says. “I just needed to work out the muscles a bit.”

He says the pandemic has given him a lot of time to do just that. Even though he hasn’t been able to perform live, something he loves to do and refine, Rhoad has been able to create so much in just the past year.

Fortunately, COVID-19 is not the only thing supporting his musical ingenuity. According to Rhoad, 80s movies, Phoebe Bridgers and personal relationships are all consistent inspirations that have helped in the formation of this album.

“There’s such a relatableness and specificity to what she talks about while simultaneously still being mystic and open to interpretation,” Rhoad says about Bridgers’ lyrical accomplishments. This blunt crypticism is something apparent in Rhoad’s work, as well.

For example, the album’s fourth and fifth songs, “Latitudes” and “Kyoto,” don’t have just one intentional meaning behind the words. Rather, Rhoad says the lyrics give listeners a foundation to extrapolate from, to form their own metaphorical interpretation and significance.

On a more personal level, Rhoad says that a lot of his work is inspired by his past relationships.

“Opalite,” the second song on the album, is one such work. It’s a reference to a stone he keeps in the bottom drawer of a desk next to his bed and a tribute to some of his favorite memories with people no longer in his life. It was even a contestant for the name of this album.

It’s an encapsulation of positive memories,” he says. “Of good things and enjoying people and being in love.”

On a less lyrical note, it’s clear Rhoad gets a lot of his tonal creativity from his passion for 80s film. “Opalite” not only shows this innate connection to the 80s, but it’s also one of his best on the album with relatable lyrics and a fun, captivating beat.

This decade trend continues into the next song, “A Different Side of Living,” and consistently offers upbeat and catchy melodies throughout much of the rest of the album.

Among his other musical inspirations include artists Thom Yorke, New Order, The Psychedelic Furs and Taking Back Sunday, the impacts of whom can be seen throughout the project.

One example of this is his song “Maybe then.” With a collaboration at the beginning from saxophonist Jackson Hacias and Taking Back Sunday, like screams at the end, it makes this a stand-out for the album.

Another top track is “A Different Side of Living.” Rhoad describes this song as “pure dance euphoria of youthful energy,” and he wasn’t exaggerating.

The cover of Taylor Swift’s “This is Me Trying” was an ambitious feat for Panda Plane, but with the two extra lines in the bridge, his bass voice and the new electric feel, the song matches the great Swift in a whole new way.

With an array of superb songs and a new, refined style, Panda Plane has done something special and unforgettable, taking this new self-titled album to an undoubtedly better place.

“In making it a self-titled release,” Rhoad says he knew “this is my new benchmark, this is where I am, this is my standard from here on out.”

“I really wanted something presentable, respectable while still being reflective of my own style,” and ultimately, he says he’s “really proud of it. This is undoubtedly the most work I’ve put into anything, ever.”

Panda Plane has a lot of plans for the future, both near and far. With multiple ideas already churning, we’ll be sure to hear something great from Panda Plane again soon.

And when asked where he wants to take his dreams in the future: