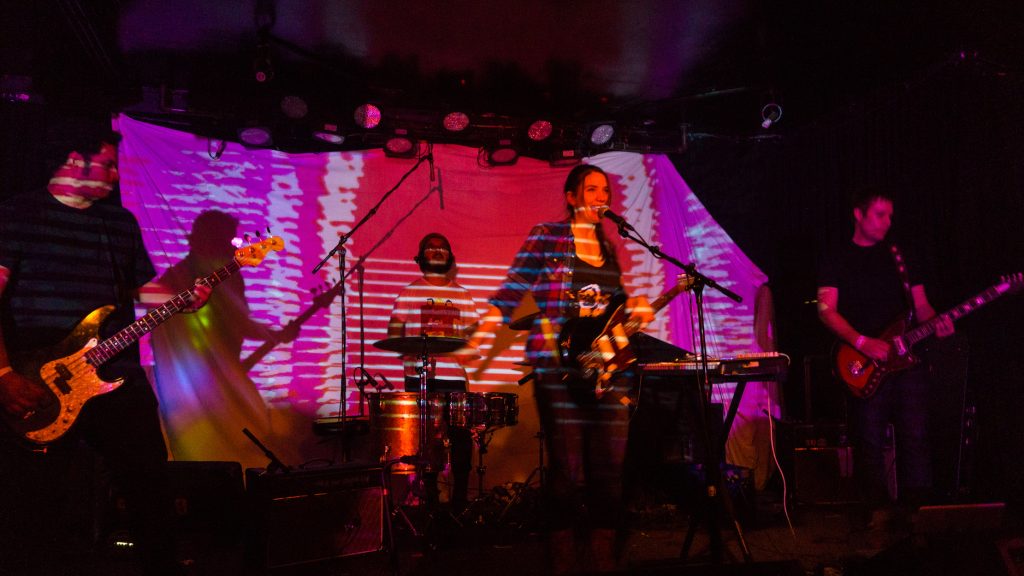 Philadelphia-bred but Chicago-based rockers Panda Riot seem to have planted themselves firmly in Chi-town’s local music scene. At Saturday’s vinyl release party for their fourth album, “Infinity Maps,” one thing was clear: Panda Riot has built a vibrant community around their dreamy, shoegaze-y sound.

Two opening acts meant that Panda Riot didn’t step on Beat Kitchen’s stage until midnight, but their performances made it hard to complain. First up was Sleepwalk, a local band consisting of four angry-looking men dressed all in black. Rocking a bald head and septum piercing, the lead singer delivered soft but impressive vocals backed up by driving drums and distorted guitars, resulting in what sounded like an American Football-Pixies hybrid. Next was Silver Liz, who’s set got off to a rocky start due to issues with sound levels, but effectively redeemed themselves by the last three songs. Guitarist Matt Wagner played fervently without making their sound too harsh, and once singer Carrie Wagner hit her stride, one couldn’t help but compare them to Beach House. 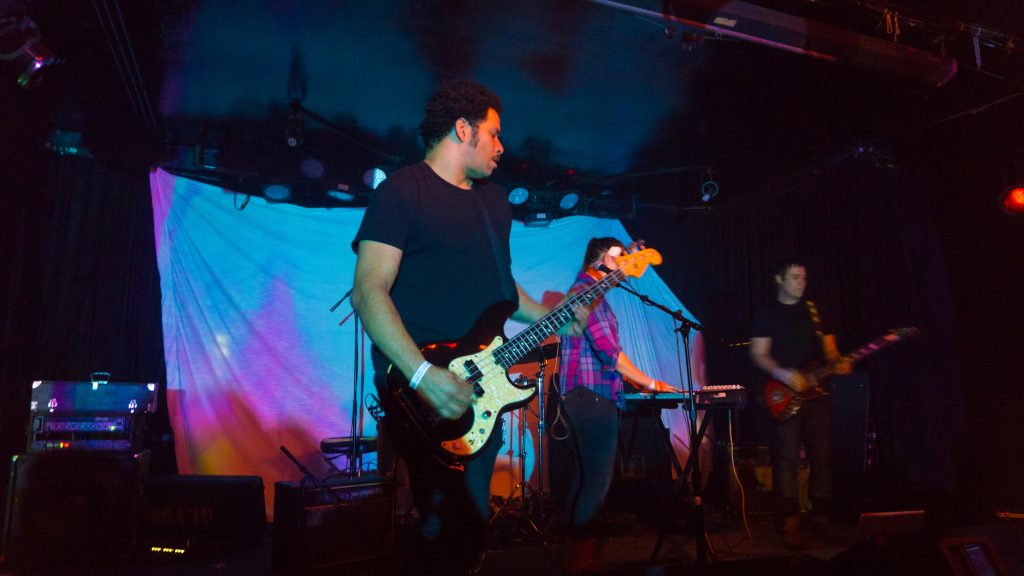 Once Panda Riot took the stage, there was no doubt that they were a cohesive front, which makes sense as guitarist Brian Cook and singer Rebecca Scott have been making music together since 2005. This specific show was to celebrate the release of the first vinyl pressing of their new album Infinity Maps, which came out in 2017. After a few songs, Scott explained that the pressing company had actually pressed the vinyls incorrectly and were printing new ones as soon as possible. This meant that anyone who bought a vinyl at the show would be mailed a new one as well, spurring excited shouts of “BOGO” from the audience.

Although the flaw with the vinyl pressing was a definite bummer, it didn’t seem to stop Panda Riot from celebrating. In fact, by the end of the show, they had half the crowd in a dancing daze. A new addition to their usual set was a light show projected onto a hanging white sheet, which only enhanced their ethereal sound. However, this didn’t mean the band lacked energy. Bass player Cory Osborne made sure this was never a question by diving into the crowd and playing there for several songs, slowing his pace only to kiss his girlfriend. Fervent rounds of applause accompanied the end of every song, and the overall intimate vibe of the show made me feel like everyone there was in the same group of friends (and maybe they were). 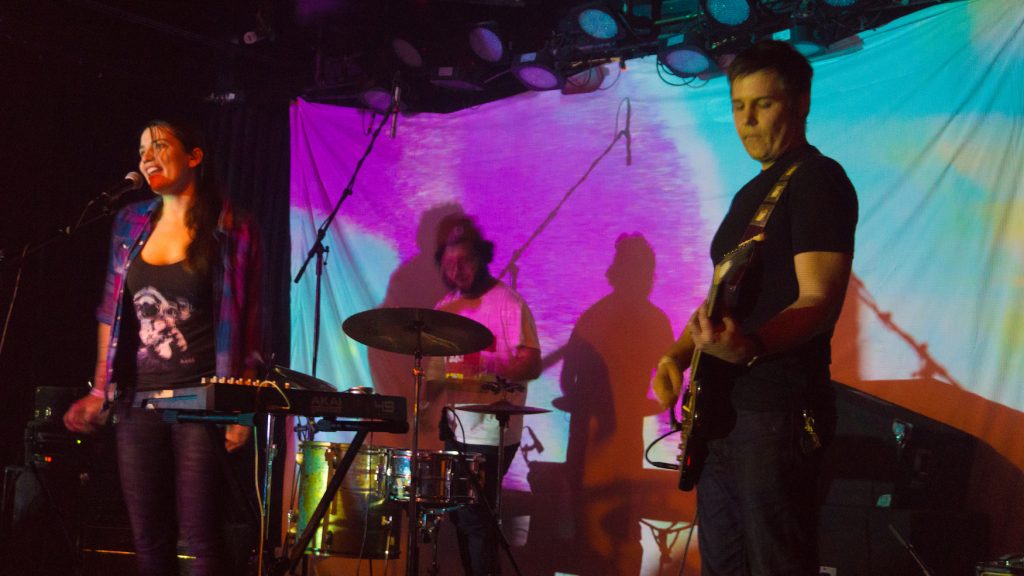 Panda Riot played much of Infinity Maps, duly impressing the crowd with their performance. Stand out songs included “Helios/June 20th,” “Ghosting,” “Double Dream” and “Arrows”. The band proved to play the strongest when in unity in terms of chord progressions, and were very solid all around in their musicality. Although Panda Riot is still very much local, this new album could be what causes them to make it big in the states (they’ve already cultivated fan bases in Japan and Taiwan). From this vinyl release show, it appears that they have what it takes.