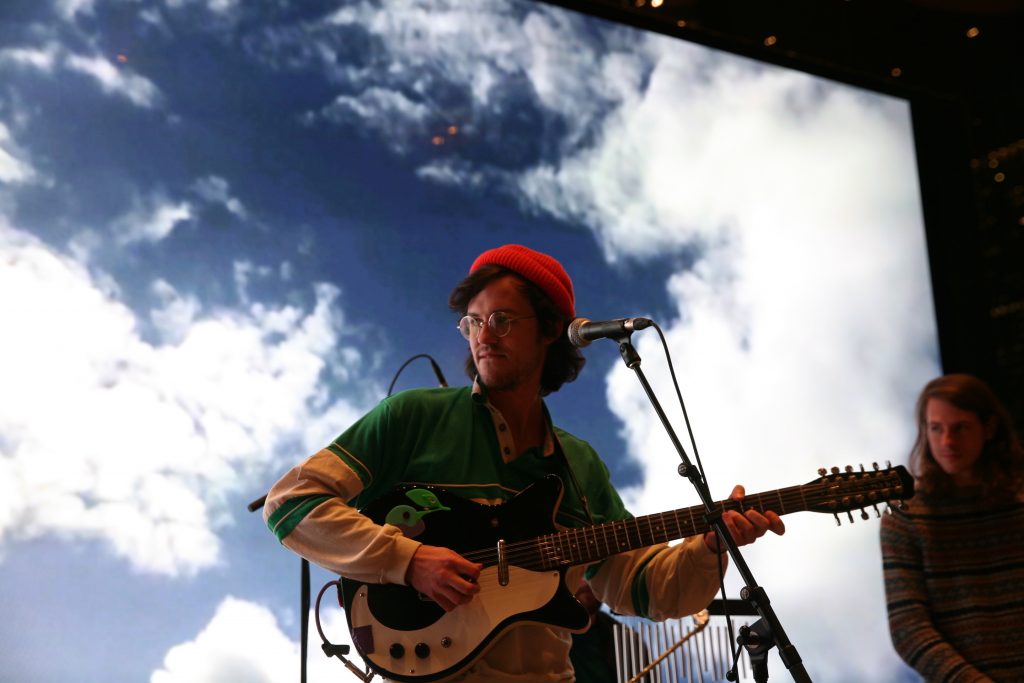 On Friday night, Chicago native Paul Cherry played at a rather unconventional venue — Apple. The Michigan Avenue store, which opened a little over a year ago, hosts artists in a large, open space in front of the tables showcasing its products. People leaned against tables and sat on wooden blocks placed in a semicircle around Cherry and his band. 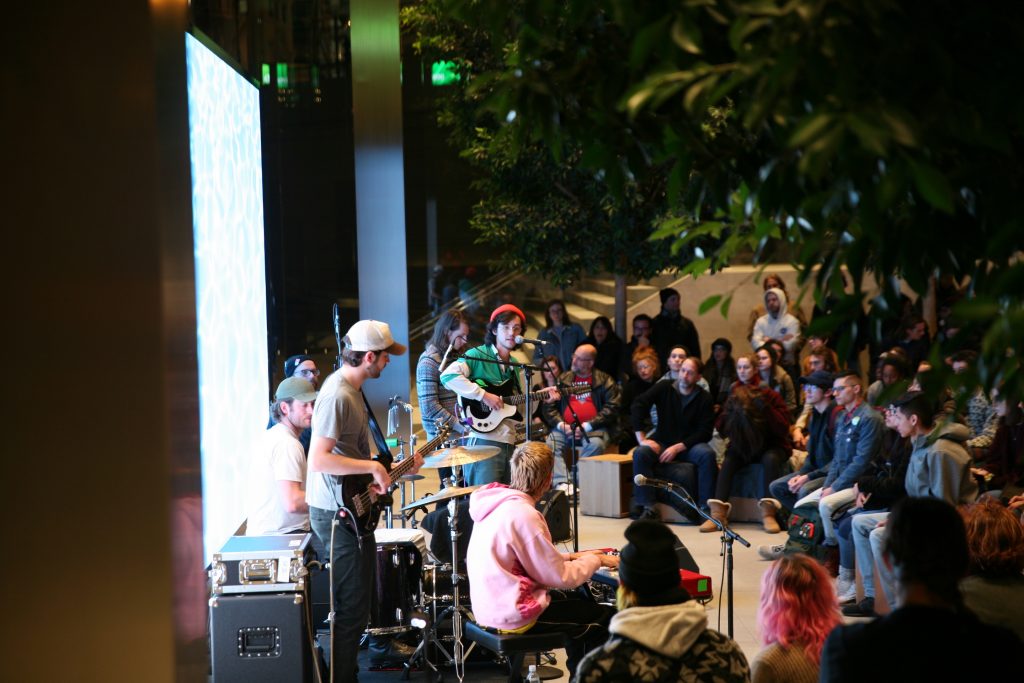 Cherry opened with “Hello Again,” the first song on his full-length album “Flavour,” which he released at the end of March. The jazzy song was a fitting greeting, as this was Cherry’s first show back in Chicago after a six-week tour.

“It’s pretty fun playing here at the Apple store,” Cherry said after a few songs. “I thought it was gonna be awkward because of the lighting.” With its bright lights, the store, which has two-story-tall glass walls that expose it to the street, seemed like a small haven from the cold and dark. 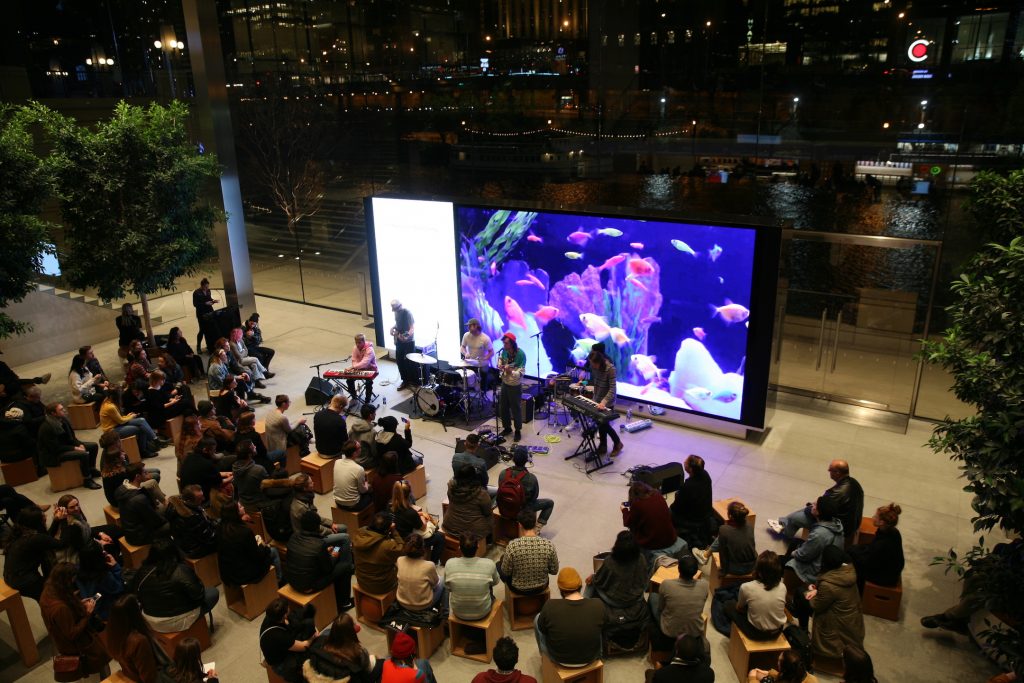 During the performance, a screen behind Cherry and his bandmates projected clips of running water, swimming fish, and people walking across the beach. Cherry broke up his performance by joking between songs, which I thought was amusing, although his audience was largely unresponsive. “Apple store, you still with us?” Cherry asked about halfway through his performance, throwing up his hands. “It’s Friday night, come on! We could be at a bar. We’re at the Genius Bar.”

Cherry’s voice was smooth and clear, just as it is on his album, but what was most impressive about the performance was the use of instruments — both his own guitar technique and the playing of his bandmates. His newer music is an interesting mix of old and new, jazz and pop. Cherry used a loop machine at points, and in addition to more conventional instruments, one of his bandmates played a wind chime and maracas. 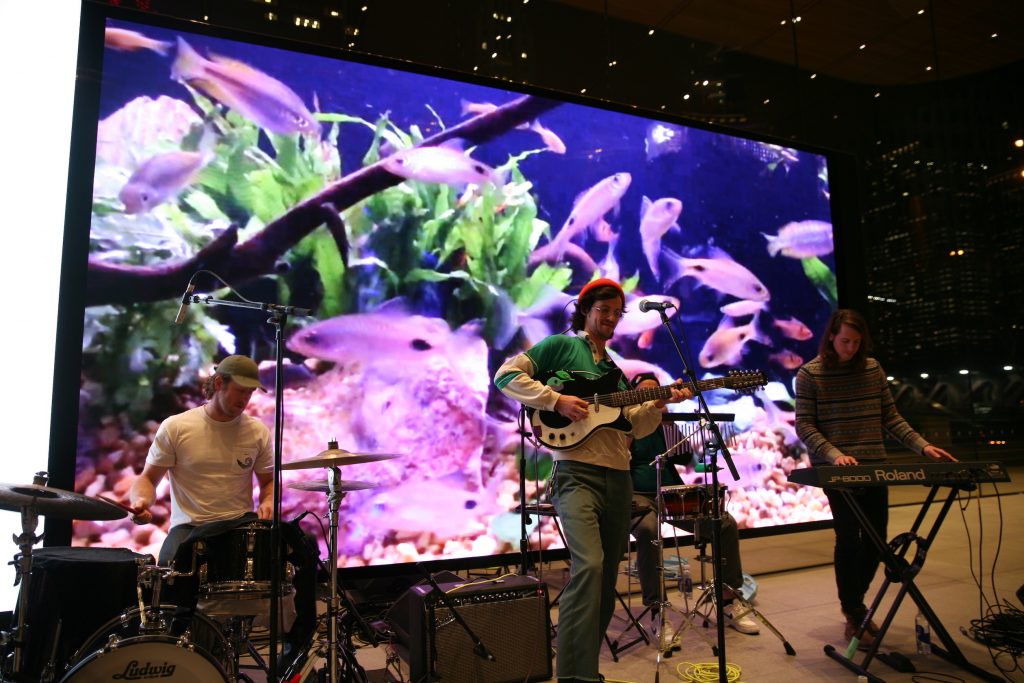 The band ventured into improvisation during “The Comeback,” when Cherry stepped back to let two of his bandmates take a drum break. One of the drummers played bongos, which fit in surprisingly well with the synths in many of the other songs.

During “Minute,” a fun instrumental song in the middle of “Flavour,” Cherry played slide guitar while the screen behind him showed a snail moving along, followed by a plane ascending in slow motion. The song was the most exaggerated example of Cherry’s dream-like music. It felt like a brief stop in time.