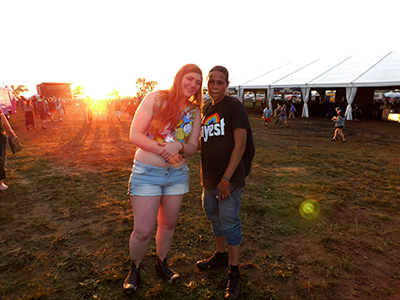 While at Summer Camp Music Festival our Media Team encountered and questioned many characters, festival goers, musicians, and craftspeople. These are the answers they shared.

Written and Photographed by Marc Chicoine 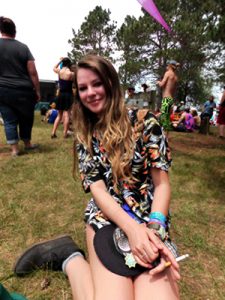 This is Allie Sopoca, from Arlington Heights, Illinois. We met Allie while watching Bassel and the Supernaturals play a Funk set in the sunshine. When asked who her favorite artists were, she mentioned that she loved Jam Bands, especially Umphrey’s McGee. When asked what made her happy, she answered Twisted Tea above all 😉 We asked her if she had a random fact to share, but she had absolutely nothing to report. “Nothing, can that be my random fact?” 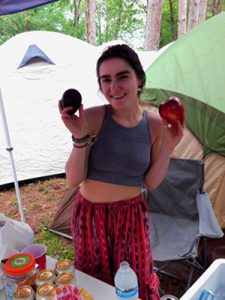 This is Grace Elizabeth Meyer, from Northbrook, Illinois. Grace stayed in our campsite during the entire SCAMP weekend. She is also a talented illustrator. When asked who her favorite artist was, she answered Brandon Boyd. Many things make Grace happy, including honest relationships, music, bringing people together, friends, and realism. She had a particularly interesting random fact, “One of my blue eyes has a splotch of brown in it.” 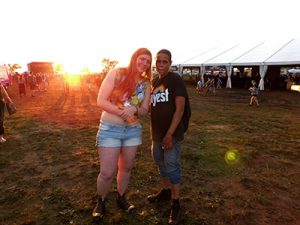 We met Kayla and Brandy by the Electronic Stage at SCAMP, during the sunset on the first evening. They said they were both from Peoria, Illinois. When asked what made them happy, they both answered the positive energy out in the world, people, and excellent vibes. Their random fact, apparently Octopuses have their d*** on their noses?? 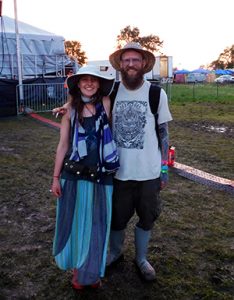 This is Amanda & George, from Washington, DC. They were particularly fond of the band Disco Biscuits. When asked what made them happy Amanda responded love and light. George, looking towards her, responded “This girl right here.” 🙂 For both of their random facts, they decided to share some advice. Amanda said, “Everyone’s doing the best they can with what they know.” George responded, “Put your head where your heart is.” 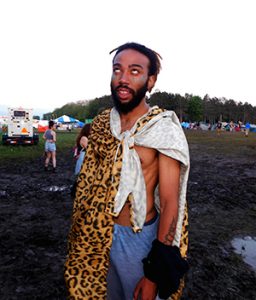 This is Racha from the QUAD CITIES. Above all, his favorite artist is Donald Glover. Simply being alive makes him happy. His random fact, everybody is entitled to their own happiness. He is also sporting a mean looking leopard cape. 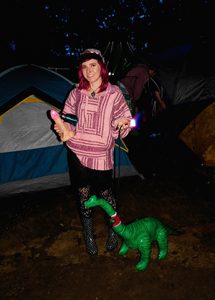 This is Jessica from down south, namely Burban, Alabama. A fan of electronic music, here favorite artist is Pretty Lights. Friends and getting to know new faces make her the happiest. Her fact was truly random, ” Lennie is a d***, but I have a pet dinosaur!” 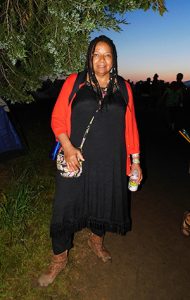 This is Saundra, hailing from Baltimore, Maryland. A slightly older attendee, age 60, she was attending the festival with her daughter. She mentioned that her daughter was more in touch with the artists of the time than herself, but she did say that she enjoyed Moe. Quite a few things make Saundra happy, some of which include time traveling, listening to music with her daughter, new experiences, and pushing her comfort zone “…because, well, I’m 60 years old…” When asked to share a random fact, she was very insightful. “While I’m here, I see many progressive young people fighting the same fights that I pushed for when I was their age. It makes it difficult because it seems like we haven’t made as much progress, almost as if my generation has failed.” 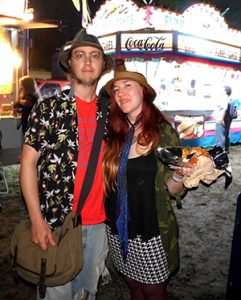 This couple was enjoying a very tasty looking Sub. They declined to comment, but did wish to tell our readers that sandwiches make most everyone happy. 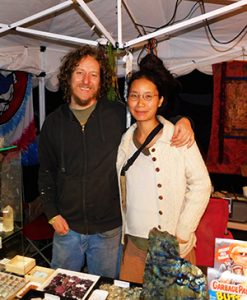 This couple traveled all the way from Humboldt County, California to set up a booth and sell their wares. While the man was a California native, his wife was from Japan. They enjoyed many of the full bands and travel to many festivals to sell crystals, jewelry, incense, and other goods. Their random fact, it was their soon to be child’s first festival! 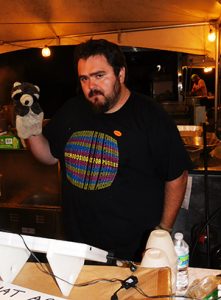 This man was a food vendor selling delicious and nontraditional comfort-food egg rolls. While he was busy on the job and didn’t have much time to converse, he posed with his hand puppet for a picture. 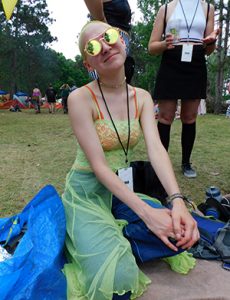 This is Emily from CHITOWN. She is into some great bands and female artists, including Primus, Björk, Grimes, and FKA Twigs. When asked what makes her happy, she said making music. Her artist name is Carlile, and she also mentioned that she would be playing at 11:30PM on the bus stage the following day. Her random fact, Dogs are better than people! 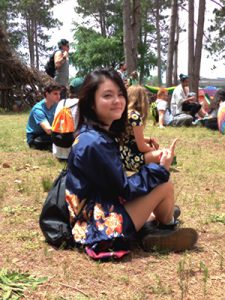 This is Reyna Won from Ann Arbor, Michigan. She is also a WNUR member and a Northwestern Student! She will be our active Apprenticeship Director this year for the Streetbeat program. We took this picture while jamming to a 7 piece band on the grass. Rey didn’t have a favorite artist per say, but loved all of the music we had heard that day. When asked what makes her happy, she said “the hooper to my left.” Her random fact, “Use your imagination!” 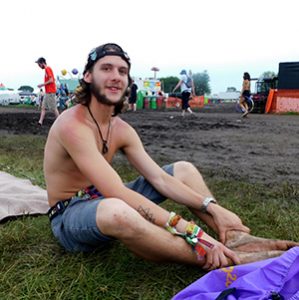 This dude is named Jared Militello, from Detroit, Michigan. His favorite artists are Space Jesus, Yhetti, and Bassnectar. When asked what made him happy he replied, “Money and women, but only right away, maybe not in like five years.
Seeing some great DJs with people I haven’t met yet. Us all coming together”.
He also said he wasn’t present so he’d rather not mention a random fact, but wanted to assure us that he had plenty of facts should we ask in the future. 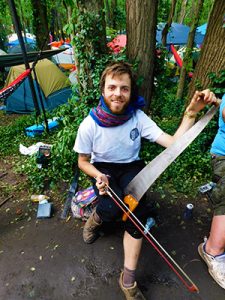 This is Lucas Parker from Cincinnati, Ohio. I was amazed by his musical ability, particularly with his instrument of choice. Lucas plays the saw. When asked about his favorite artist, he said that he loves Electric Orange Peel, and he also mentioned that he did their album art. A man of many talents, he mentioned that singing, and the creative energy to make things ultimately brings him the most happiness. He also offered us a number of random facts, firstly, that the curves in the saw make the tone and change the pitch. Lastly, RoRoRo Your Boat is his favorite song. 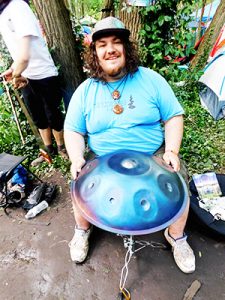 This is Maxwell Edison from Plainfield, Illinois. His favorite group is Eoto, because he loves the live improve and dynamic they have when they perform. Sharing his passion for music and seeing how it effects others gives him happiness. His random fact? Tipping handpan players is good for your health. 😉 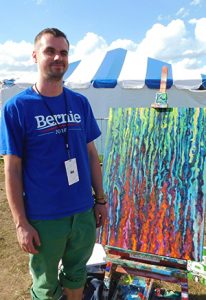 Our last encounter was with Patrick from Chicago, Illinois. He painted in the middle of a field during a performance, by the outskirts of the crowd. Patrick gave us one of his favorite visual artists, the Polish Surrealist Zdzisław Beksiński. Animals and good food make Patrick happy. A very relevant fact that he shared, the first drawings he ever made were of DINOSAURS. :O