Prog (short for progressive metal/rock) and djent (an onomatopoeia for the chugging guitar rhythms employed by certain metal bands) gods unite at the Periphery show at Chicago’s House of Blues on September 17.

A band of the former genre, Covet opens the night with sweeping guitar riffs and relaxing melodies. Blending the cerebral tones and lengthy compositions of progressive rock with the extremely technical picking and unusual time signatures of math rock, Covet’s performance is an instrumental masterpiece.

Guitarist Yvette Young steals the set with her adept guitar tapping and generally impressive playing ability. While Covet doesn’t exactly get the crowd riled up or excited, that’s not really the band’s vibe. They don’t run around the stage or shout encouragements at crowd surfers and moshers, rather, they simply focus on the music, which sleepily flows through the venue.

While Covet’s playing ability is impeccable and their music thoroughly enjoyable, they fail to do what an opener needs to when opening for much heavier acts: warm-up the crowd. Their set is fairly short, and though the audience seems to enjoy the music, it also appears ready to get moving. When the next band, Veil of Maya, rolls on stage with heavy riffs and grueling vocals, they definitely overshadow Covet’s performance.

This is at least the fourth time I’ve seen Veil of Maya, a Chicago-based djent band with impressive bass lines, brutal breakdowns, and catchy hooks. Every single time, the band has put on a performance worthy of a stadium, and this time is no different. The four-piece is professional yet full of addictive energy as they jump across the stage and whirl their heads to the music.

Their bass player, Dan Hauser, is easily one of the best bassists I’ve seen live to this date, and the band’s songs really highlight his skill. When the set starts, the crowd jumps to make the floor shake. Of course, having only seen the band in their hometown, the reaction of the crowd might be understandably biased. Regardless, Veil of Maya wins the audience with the perfect mix of singable lyrics, mosh-inducing breakdowns, and stage energy without the addition of fancy gimmicks.

The excitement in the venue culminates when Periphery’s lead singer, Spencer Sotelo, leaps onstage with Veil of Maya and sings along to their final song, “Mikasa,” making way for the djent gods themselves. And when Periphery finally starts their headlining set, they do so with an unexpected twist, making a lasting impression by beginning with “Reptile,” the band’s sixteen-minute masterpiece off their newest album Hail Stan. While this ultimately means the security guards only give us photographers two songs instead of three since “Reptile” practically counts as three songs in one, starting off with this tour de force only reaffirms Periphery’s standing in the metal community as both a technically proficient king of djent and a game-changer within the genre.

Much like Veil of Maya, Periphery exudes professionalism, passion, and extreme musical proficiency. At one point during the set, guitarist Mark Holcomb leans down to those closest to the stage without his microphone so that only they can hear and yells, smiling, “I love this job!” It’s clear that everyone in the band feels similarly. 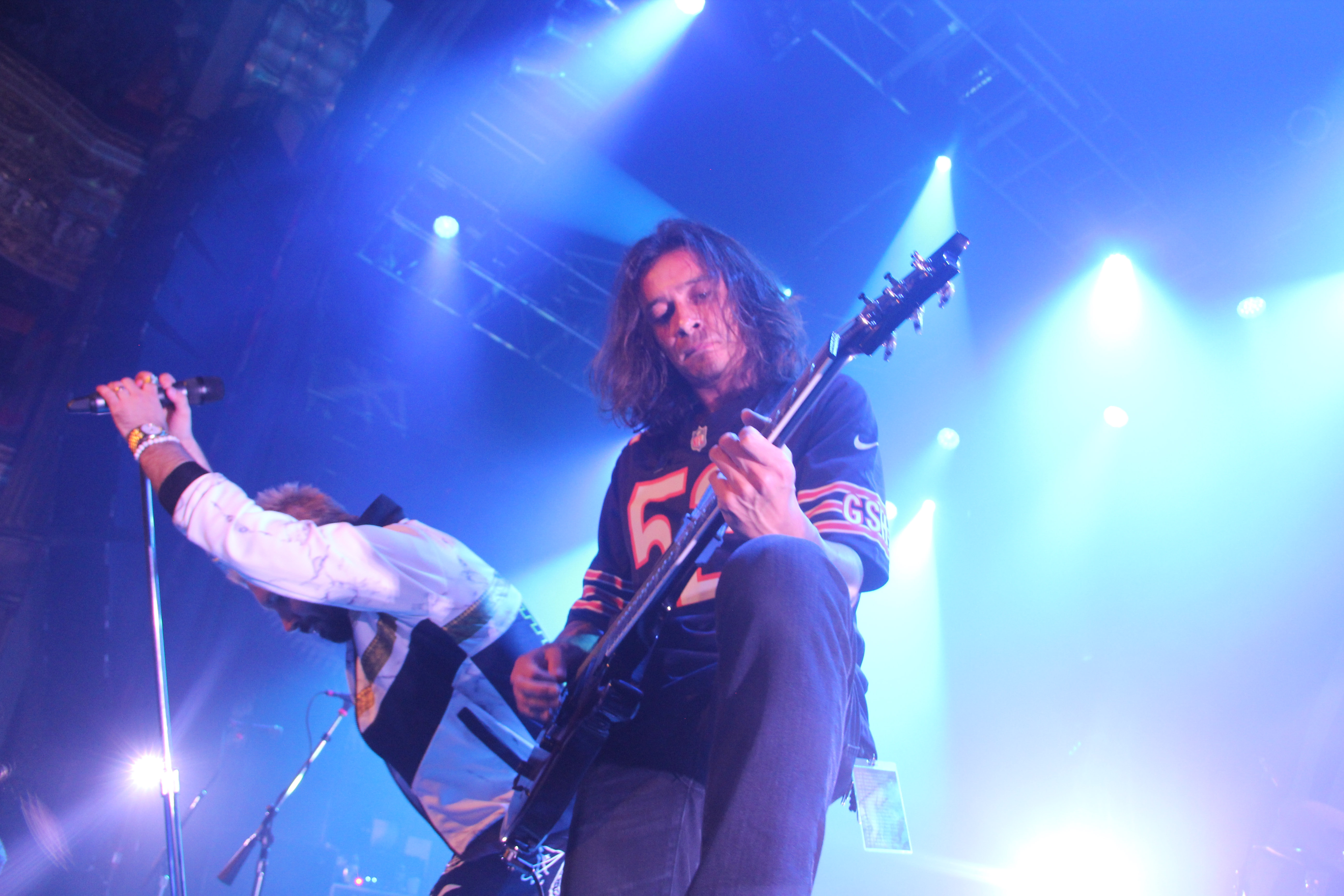 Smiles abound, the crowd sings loud enough to hear around the venue. While a heavier opener might have been a better choice than Covet, every band gave maximum effort and both fans and bands clearly enjoyed themselves in what I can only describe as an excellent metal show for metal’s sake.