Stephen Steinbrink opened the night with his poppy, richly-composed jams.

However, Common Holly, the second opener, really set the stage for Pinegrove’s more emotionally charged performance. Common Holly’s dark rock made for an atmospheric, vulnerable set. Bridgette Naggar’s gentle vocal and the band’s clever orchestration added an interesting layer to the band’s emotionally fraught songs. They kept “In my Heart” sentimental by playing the lead guitar with a violin bow, smoothing out the chords for a galactic, sweeping sound. “Playing House” and “Crazy Okay” were grungier and more angsty, which lifted the set and made for a fun end. 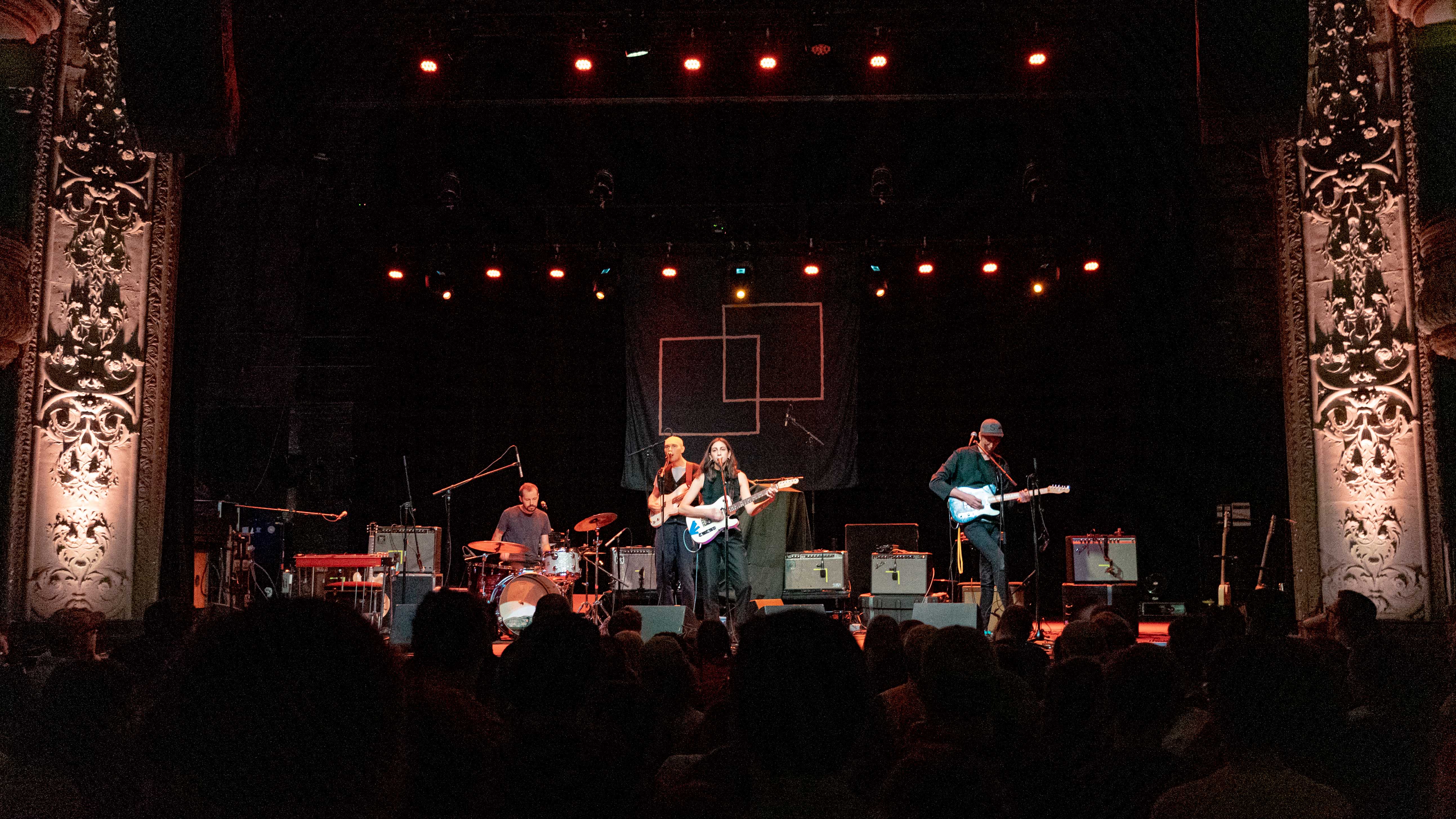 Before discussing Pinegrove, it’s important to clarify the band’s history. Evan Stevens Hall, the band’s frontman, was accused of sexual misconduct in 2017, following statements by Sheridan Allen, organizer of mental health advocacy group Punk Talks, on behalf of an anonymous former partner. The accusations lead to a canceled tour and extended hiatus from the band, who returned in 2018. The accusations and interviews with all involved parties are outlined in a Pitchfork piece by Jenn Pelly.

Pinegrove’s lyrically dense, indie music scales well to performance. Evan Stevens Hall’s vocals were a clear guiding force, but the twangier lap steel and dobro by Josh Marre added an interesting texture and kept the set feeling fresh. They started with “Moment” a joyful, fun song that built to an authentic feeling jam, but then quickly dispersed. This would be a theme throughout their set; when they started to release tension with heavy guitar, drums, and generally harder rocking, they often ended before the song reached a natural climax. This left the set feeling oddly stunted in places, namely “The Metronome,” which built a storm that it never fully realized, as well as “Problems” and “Rings.” Finally “Unison” pushed far enough, but the set still felt restricted.

Emotionally, however, the set flourished. “Intrepid” was a moment of grungier, punchier orchestration which let the lead guitar riffs really shine and match the emotional intensity of the song. “Portal” and “Skylight” were great lyrical moments, buoyed by smart acoustic guitar and bass parts. The lap steel radiated most brightly on “Need 2,” which brought out a unique facet of the band’s sound and allowed for an overall greater variety.

Despite the stunted feel — and stunted tour due to the previous accusations — the band still produced a quality set.