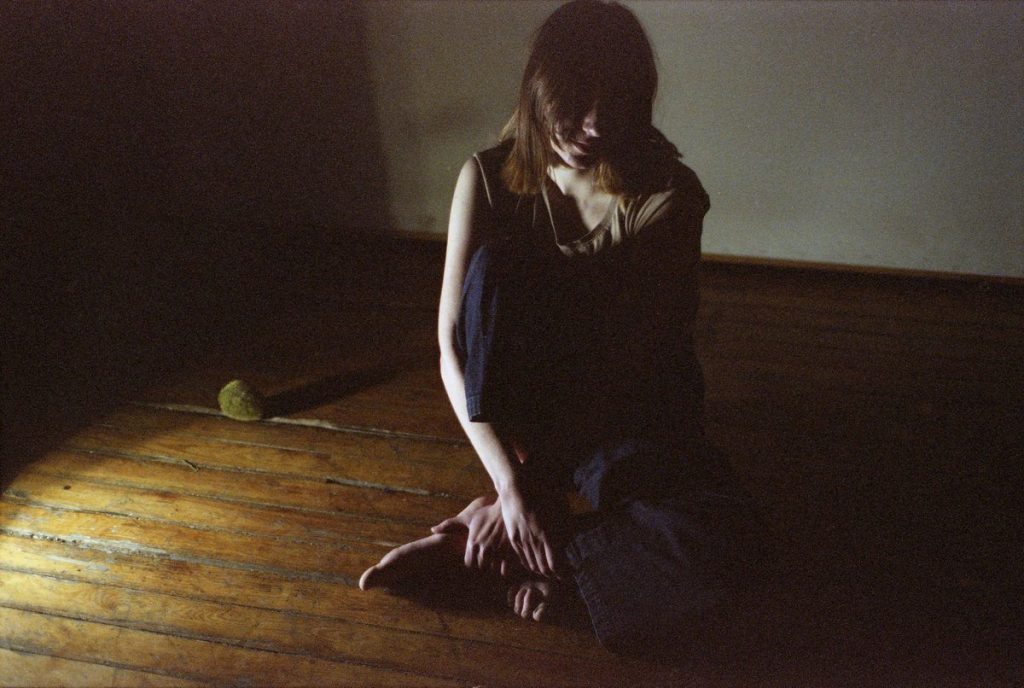 I do not speak french, nor am I particularly good at intuiting french pronunciations, so when I see this band name I think “circus du Sux.” Turns out that is not the case and the French pronounce “Yeux” like “You” but with a french accent, and Haley Fohr, the mastermind behind Circuit des Yeux, pronounces “Circuit” the way it is pronounced in American English (sir-cut). So what we have is this band whose name sounds like “Circuit du You” and if “Yeux” means “eye,” which it does, then we have a band whose name sounds like a connective route to YOU,  specifies a connective route to the phenomenal (sight) and suggests a connective route to the I. And circuits always connect.

The music of Circuit des Yeux does not swerve from its own lane because it does not have to. Fohr and her cast of music makers keep the pedal to the metal on this metaphysical roadtrip, stopping to rest in the pleasant meadows of hushed fingerpicked guitar, treading with caution through dark, dark forests where by some act of black magic the wind in the trees sound like bassy drones that layer until they are monolithic, and hauling ass down the intergalactic psychedelic highway as Fohr, white knuckling the steering wheel, opens her throat and channels the spirit of a long gone alien eulogizing it’s planet. This planet that used to be a fact, a home, a collection of ten million songs. Now all that remains is this mournful voice and its host, driving through the dark. I imagine the car is otherwise silent.

All the while they circle this turnstile called “Folk”, centrifugal force pulling them closer and closer with each rotation until the connections between YOU and I and THE REST disappear due to inutility  and YOU and I and THE REST are around a campfire passing around an acoustic guitar and a harmonica and experiencing a sense of communion.