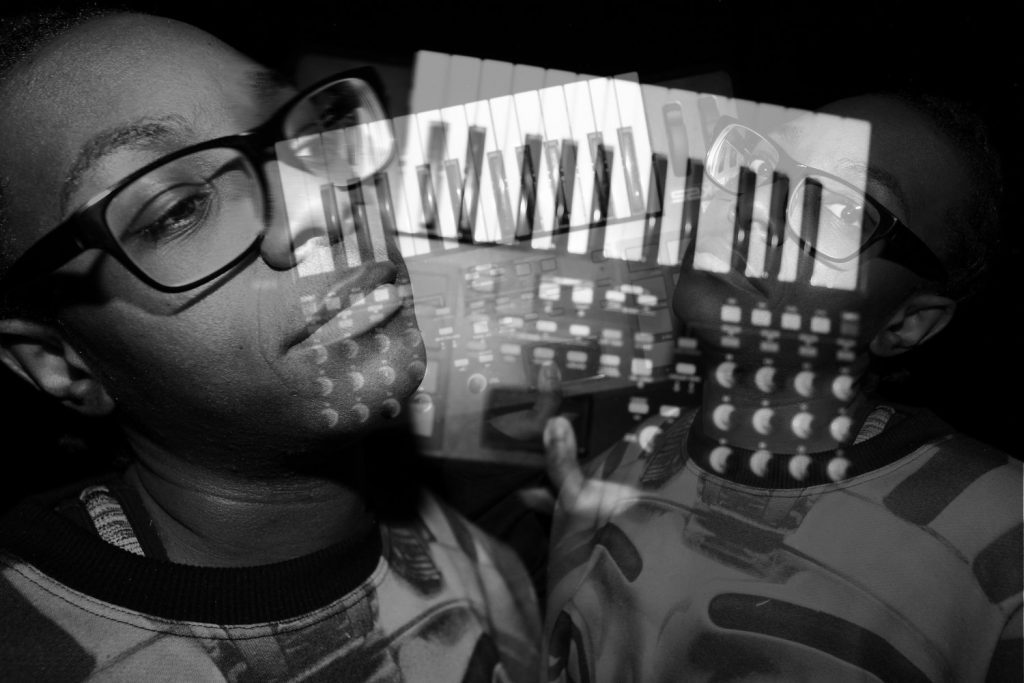 Planet Mu’s Jlin came out the gate swinging with 2015’s invigorating Dark Energy, an eleven-track whirlwind of heavy synths and fast-paced percussion that breathe visceral meaning into the album’s title. The Gary-based RP-Boo mentee has since continued to carve a unique sound and space for herself as one of the few established female producers in the footwork scene (though she’s been producing since 2008).

The anonymity of female producers is inescapable despite Jlin’s feats, as illustrated by my ignorance of her womanhood for an embarrassing number of months after I first listened to Dark Energy, but she’s far from tokenized or humored in the scene. Her music evokes hyper-specific yet undefinable emotions and sensations (some combination of unsettling, thought-provoking, and physically stimulating), drawing on distinctive vocal samples that are both sourced and warped in unprecedented ways. The themes and track titles of her discography allude to a wide array of social and political issues without directly addressing them (or do they?), leaving the listener to marinate and interpret these themes in the absence of Jlin’s music. Her tracks contain a raw power that permeates everything it touches.

The producer’s eclectic catalog includes the unmistakable breathy vocals of fellow Pitchfork artist and experimental composer Holly Herndon on Dark Energy’s “Expand.” Jlin focused her recognizable style with late 2015’s Free Fall EP, adding elements noticeably rave-synthier and more suited for the club. She’ll be sharing a stage with multiple collaborators at this year’s festival, and you won’t want to miss any of them. Here’s to hoping a live collaboration is in store this weekend–perhaps a tri-performance with Holly Herndon and RP Boo? A DJ can dream.