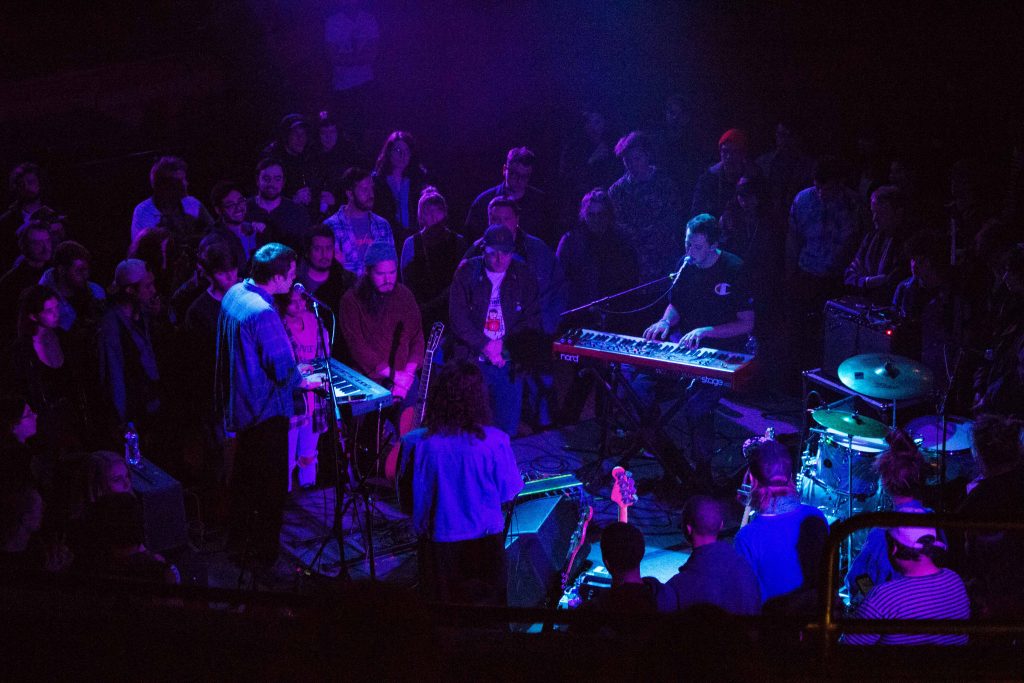 New York-based artist Aaron Maine’s synth project, PORCHES, turned Thalia Hall into a “band practice” on Wednesday night. The five-piece group featured Cameron Wisch on drums, Maya Laner on keys and guitar, Seiya Jewell on keys, and Dan English on bass. Featuring an even mixture of songs from their two most recent studio albums, The House and Pool, the band played with the energy of the space, luring the crowd in and out of reverie. They chose to play on a center stage, making the performance feel intimate and interactive. 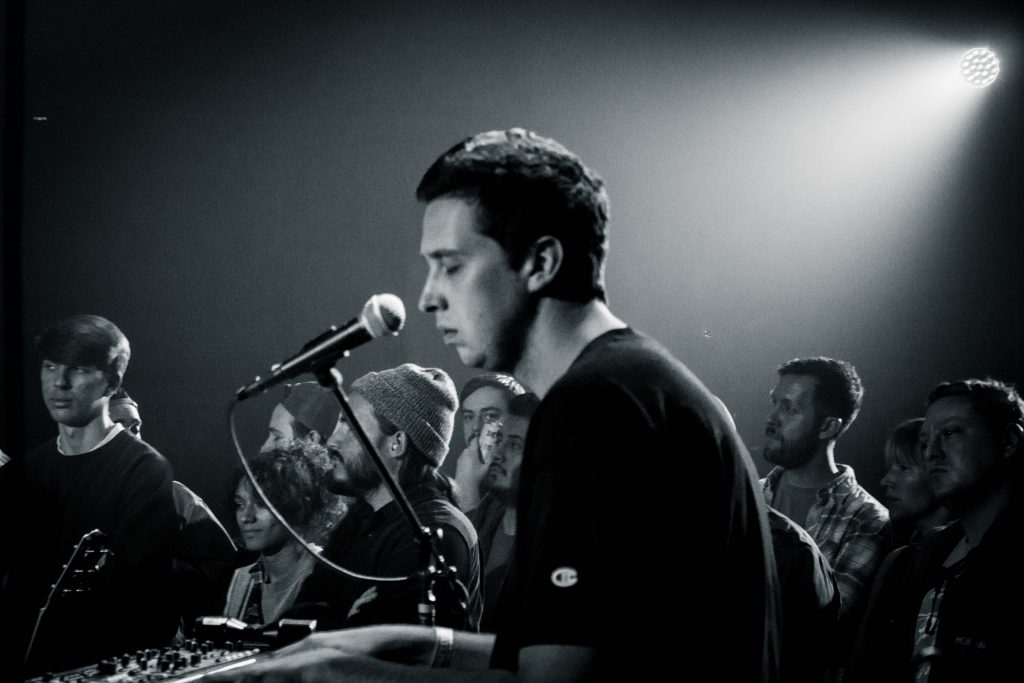 Before PORCHES took the stage, a London-based band called Girl Ray set the tone for the evening. The group used similar dynamic tones, rhythms, and harmonies to the headliner, priming the audience for the energy of the following show.

PORCHES opened with their song “Now the Water,” playing with colorful lighting and the excitement of the crowd. They followed with the aptly titled song “Mood,” drawing on a pulsing beat and blue tones, lulling the crowd into the rhythm of the rest of the show. The instrumentals varied from heavy synth to more standard guitar and drum riffs. The band continued to toy with the ambience, linking one song to the next with ease and using the intimacy of the space to engage the audience. 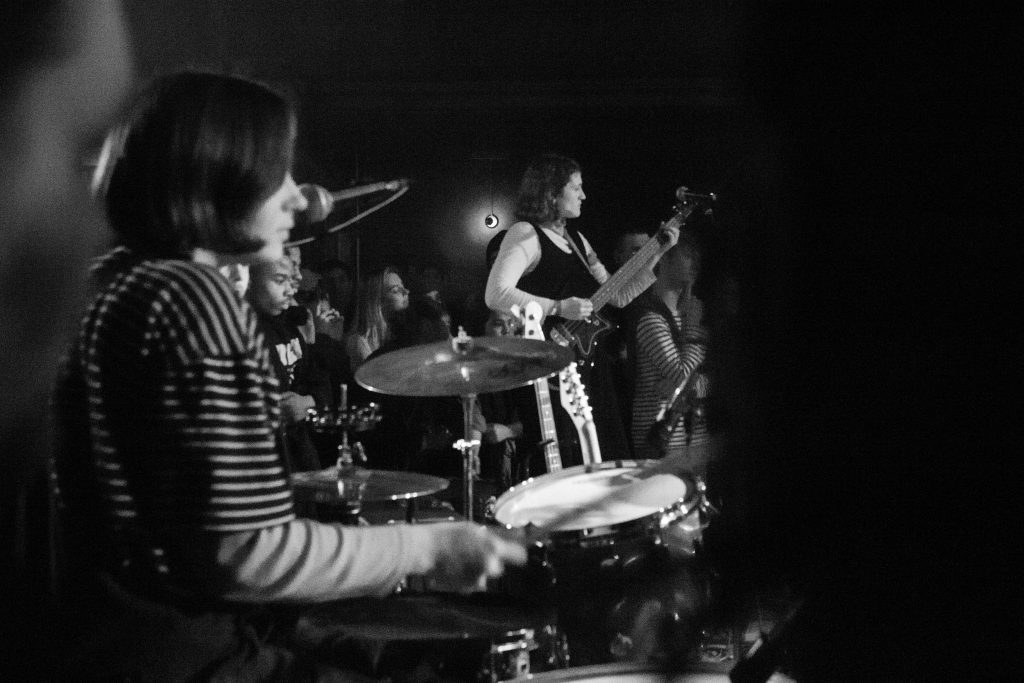 The use of a center stage complimented the relaxed atmosphere. The band played facing each other for the majority of the show, with the audience ringing the stage around them. Those closest to the stage essentially shared a perspective with the band, truly making the show feel more like a rehearsal or house party than an actual concert. Occasionally the band would address the crowd (to much acclaim), but the majority of the time they just jammed with each other. 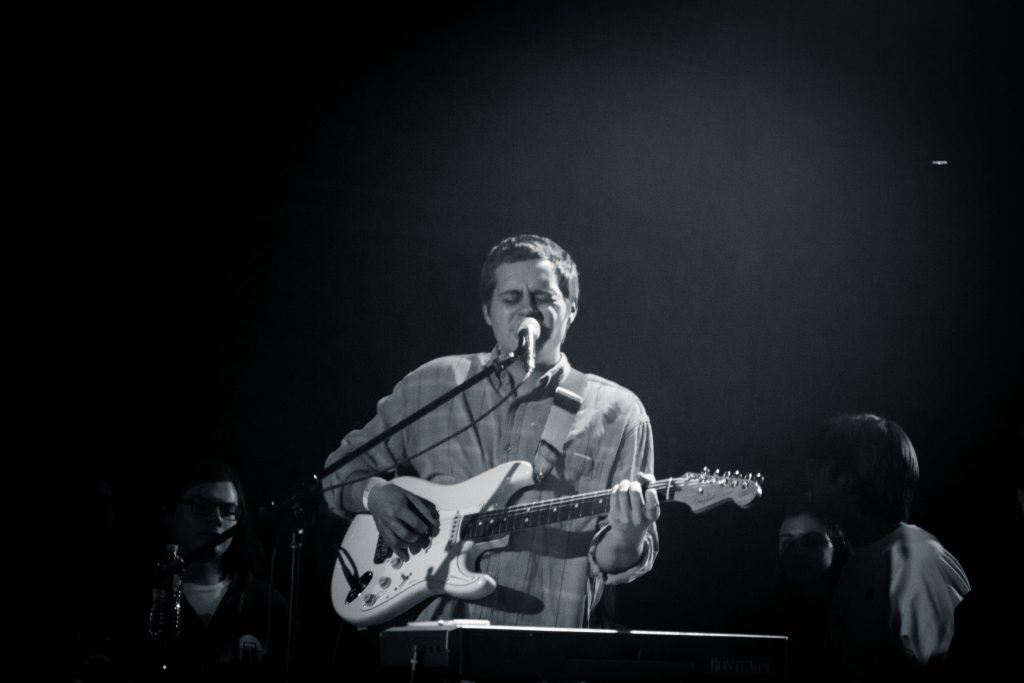 Towards the end of the show, Maine invited up a guest to the stage. Saying it was the first time they had ever done this, the guest pulled out a flute and took bassist Dan English’s mic on stage. They band then launched into an acoustic version of “Leave the House.” The band played two more songs before retiring backstage. 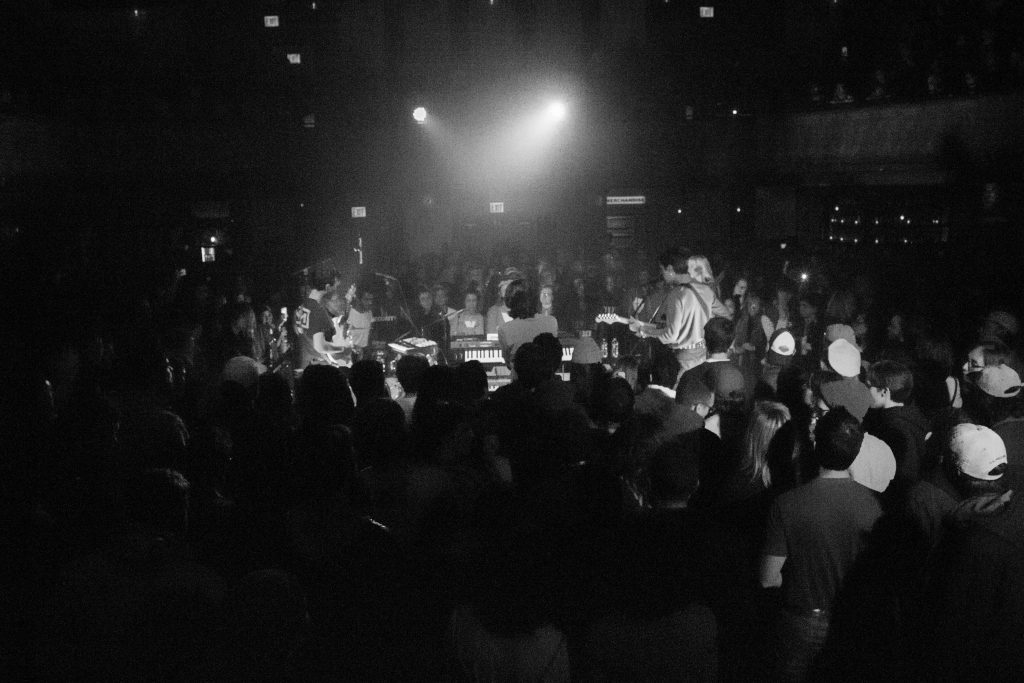 PORCHES surprised the audience with another “first” in the form of a new, unreleased track as the last piece of the encore. The song, titled “Wobble,” started slowly and escalated into a crescendo, highlighting the band’s ability to manipulate moods and energy by layering sounds on top of each other. The new song was the cherry on top of a fantastic show at Thalia Hall.