Meatbodies, a 3 piece from LA with a sort of punky, acidy, Doors vibe opened up the night at LH. Their sound was nice. Psychedelic and gruff, but approachable and easy to dance to. Not too simple not too complex. Just right. They’d work themselves into super tough, technical solos, but most of the song structures were 4 chord sequences over a “traditional” punk beat backbone.

Lead guitar and vocalist Chad Ubovich is better known for his bass/vocals work in Fuzz with Ty Segall as a replacement for Roland Cosio. Ubovich had a calm, collected stage presence bordering on apathy, with violent bursts of screams and, of course, the aforementioned shredding. He seemed to be the group’s glue, and brought us through a wild show, readying the crowd for the main event. The band has two full studio albums and two EP’s on Spotify, which are definitely worth checking out if you’re at all interested in garage, noise, punk, or psych rock. G O O D S H I T.

Around 10PM the Psychedelic Porn Crumpets, the Perth based psych-garage project fronted by Jack McEwan, finally took the stage.
It was a relatively light crowd for Lincoln Hall, but hey it was a Wednesday night. It wasn’t empty but far from shoulder to shoulder like it usually is. You could easily walk right up to the front if you felt so inclined.. That is, before the show started.
As soon as The Crumps began showering us with the cascading whirlwinds they’ve cooked up, the small crowd quickly devolved into a free-for-all mosh pit, or “bash around” as the Aussie lead referred to it.

He actually stopped the show midway through “I Found God in a Tomato” to say, “Make sure you watch out for each other if you’re having a good ole bash around out there, we’re all the same here but some of us are actually varying sizes.”
They swept us through a set of mostly older tunes, including “Marmalade March,” “Buzz,” “Cornflake,” and a late-night “Cubensis Lenses” rendition, though they also touched on their latest release, And Now for the Whatchamacallit, playing “Hymn for a Droid,” “Bill’s Mandolin,” and “Keen for Kick Ons?” 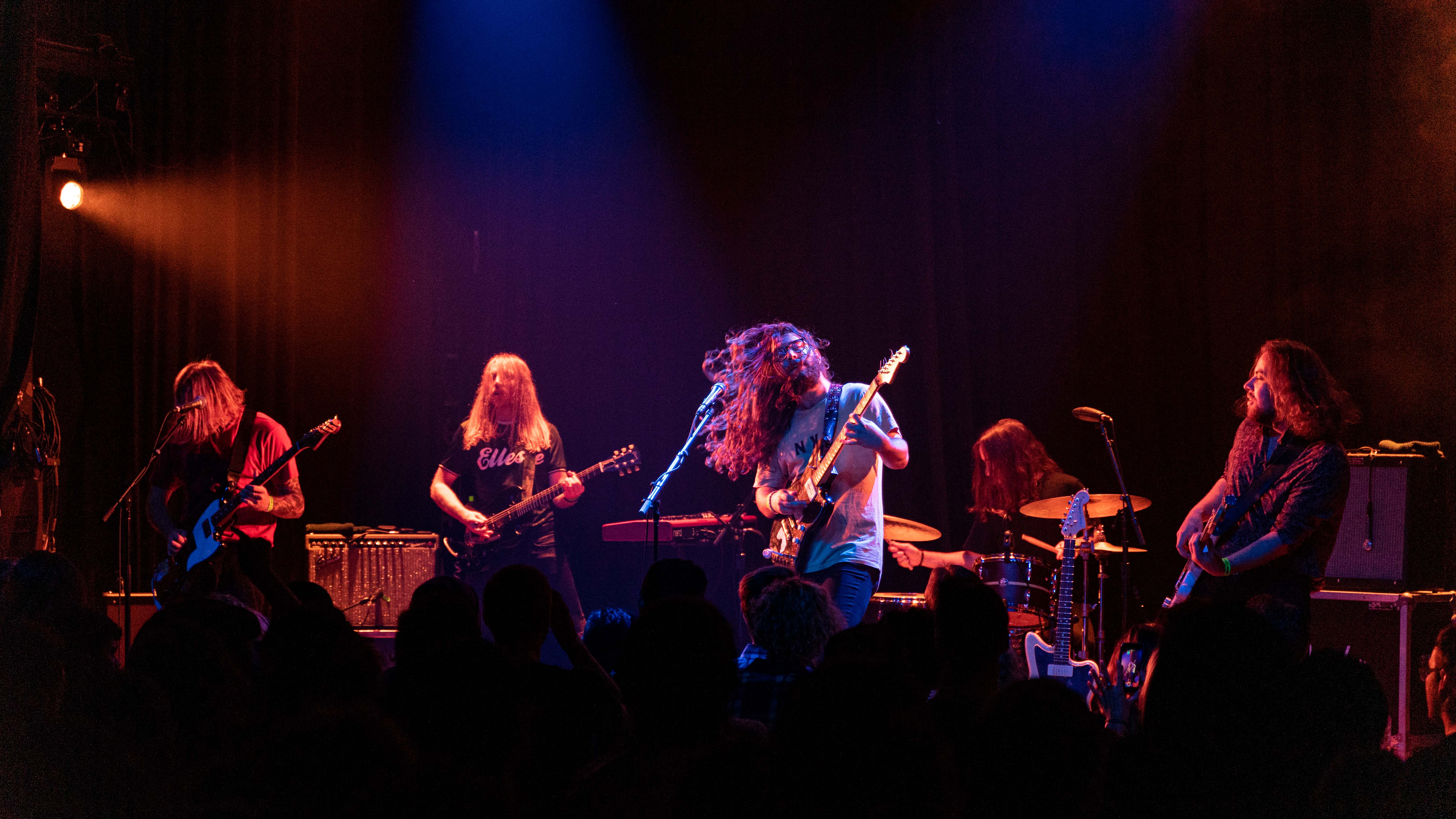 PPC has been doing the damn thing since 2016. If you haven’t stumbled across their sound by now, here’s your hand-engraved invitation. Fans of Wand, Fuzz, Gizzard, Segall, Dune Rats, etc would definitely enjoy.