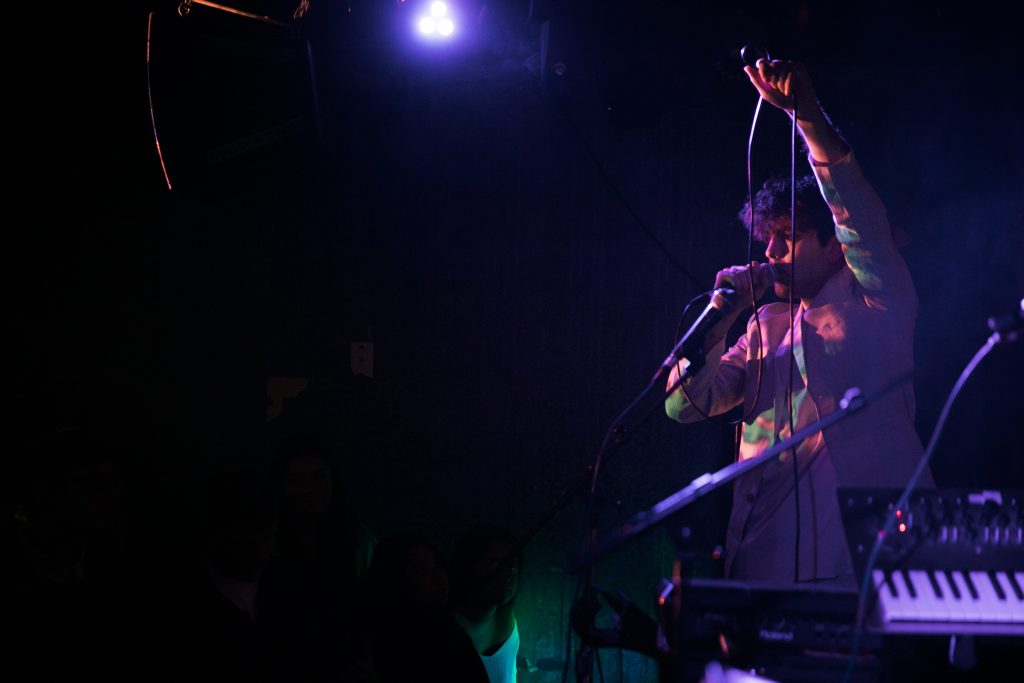 A producer/DJ who is currently attending NYU for music recording, Beshken, from the start of his performance at Subterranean opening for Gus Dapperton, made sure his music was felt, not just heard. With booming bass and soundscapes that he hopes create what he described as a “digital forest,” I spoke with Beshken after the show and found out how he can create so much sound with so little help. 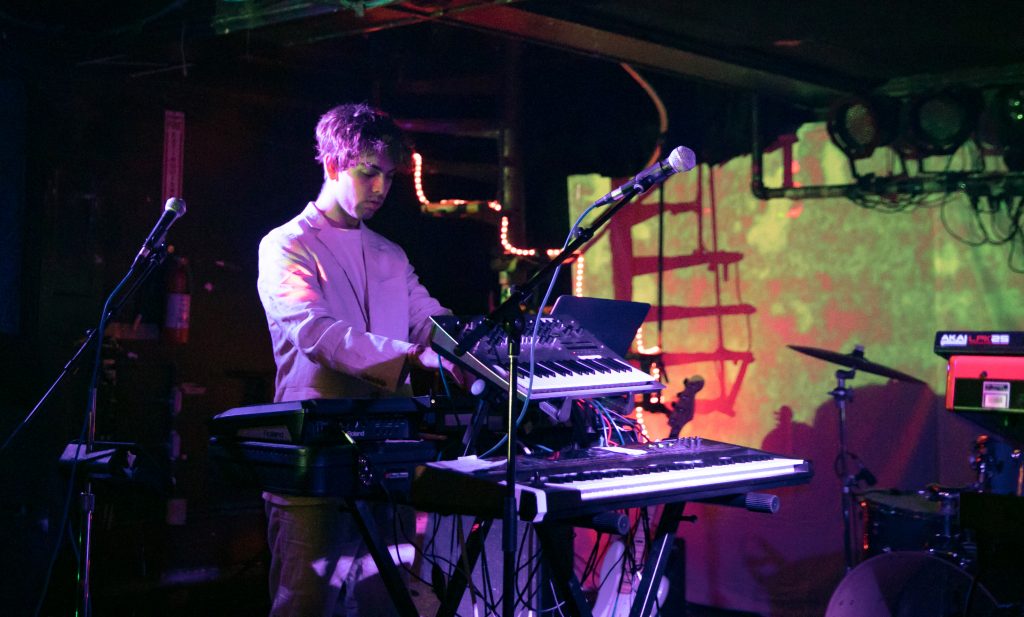 Slade Warnken: How did you start playing music?

Beshken: I started playing Led Zepplin and Jimi Hendrix on guitar when I was like 11 because my best friend was taking guitar lessons. I got really into music production because I wanted to be a DJ…LA is cool because there is this beat scene there. It’s kind of dying now, but from 2008 to 2014 Low End Theory [and] that whole scene really influenced me. [Low End Theory] was like a club–it’s an Alphapup run thing. Alphapup is a record label, Daddy Kev is the guy who owns it…it was a lot of beat makers, there was an outdoor area, it was a community. People said they would go there as church every Wednesday night. I would go there with all my friends, and that was really influential to me. 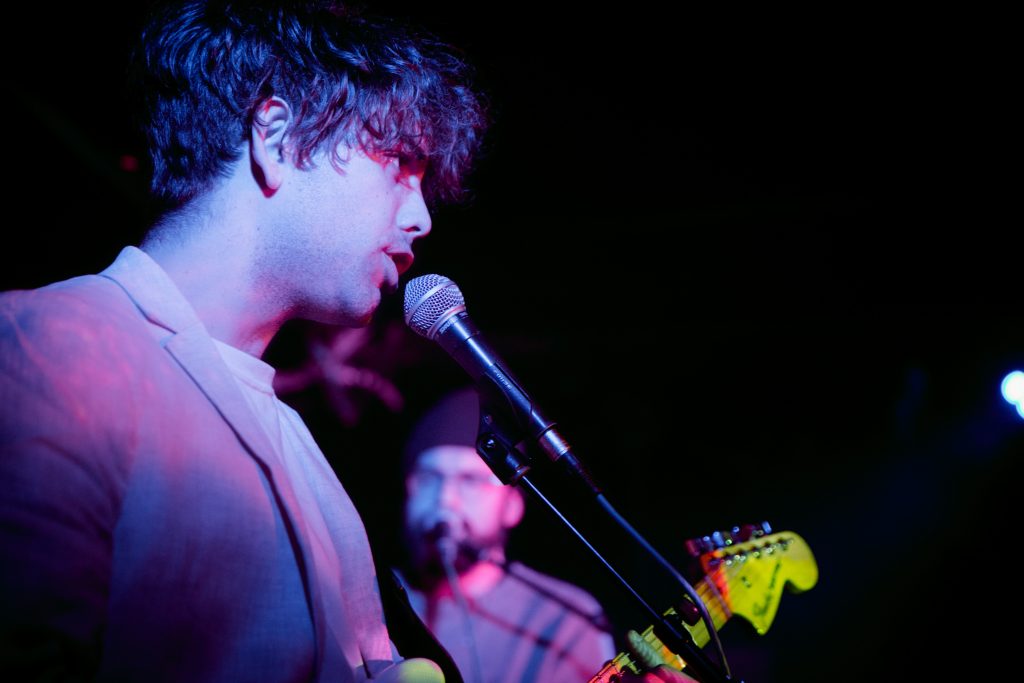 SW: How old were you when you started producing?

SW: When you’re performing, what is that process like for you?

B: So I produce all the music, this is our first tour and this is the first time I’m playing with José. There are a lot of backing tracks. Most of the backing tracks are just drums, and then José is playing on bass and keysynth, and then I’m playing guitar on top of that with a lot of effects. 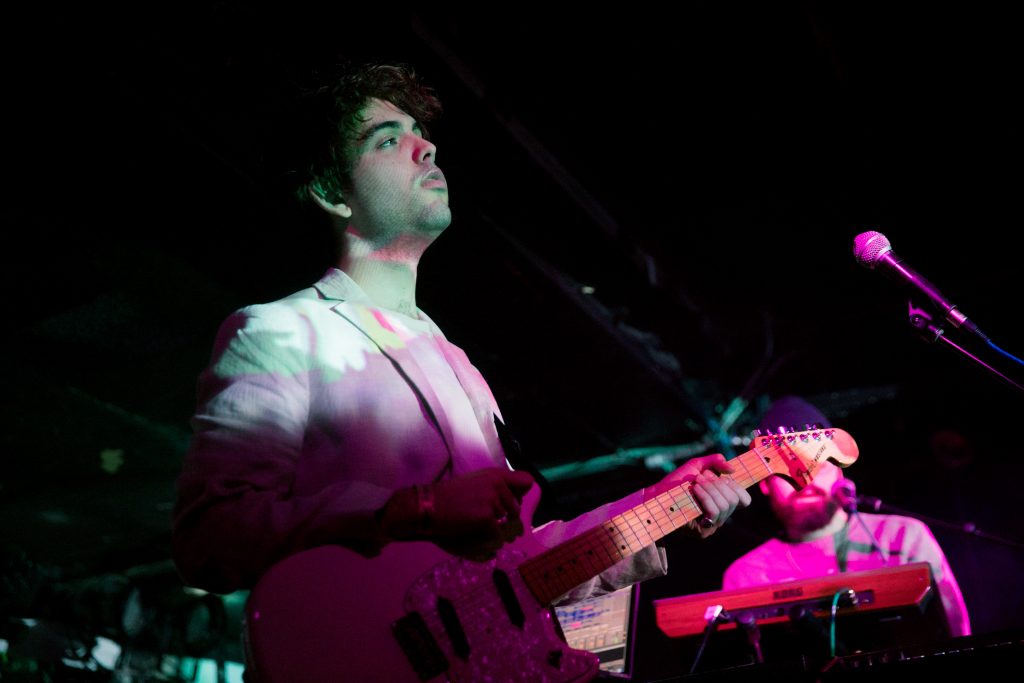 SW: In a lot of ways, especially with your live performance with the heavy emphasis on bass and drums, music is felt, not just heard. When you are approaching your live set, what are you trying to create for the audience?

B: I want it to be really enthralling. During a lot of my sets, I notice people are just standing there watching it. I’m totally cool with that because I feel like I make dance music, but only music I would personally dance to in my bedroom, not necessarily what people would dance to in a club. I call it a digital forest. A lot of the sounds are field recordings. A lot of the drums are field recordings I’ve taken and recorded as samples and manipulated, so it has this organic feel to it. When I was in Italy I recorded a lot, or when I was in Japan earlier this year I recorded a ton of sounds. I went to these shrines that have these speakers that play a lot of traditional Japanese music, so I recorded a lot of that. You can literally use anything and make music out of it. That’s kind of my thing, or what I like doing. Not just limiting myself to instruments.