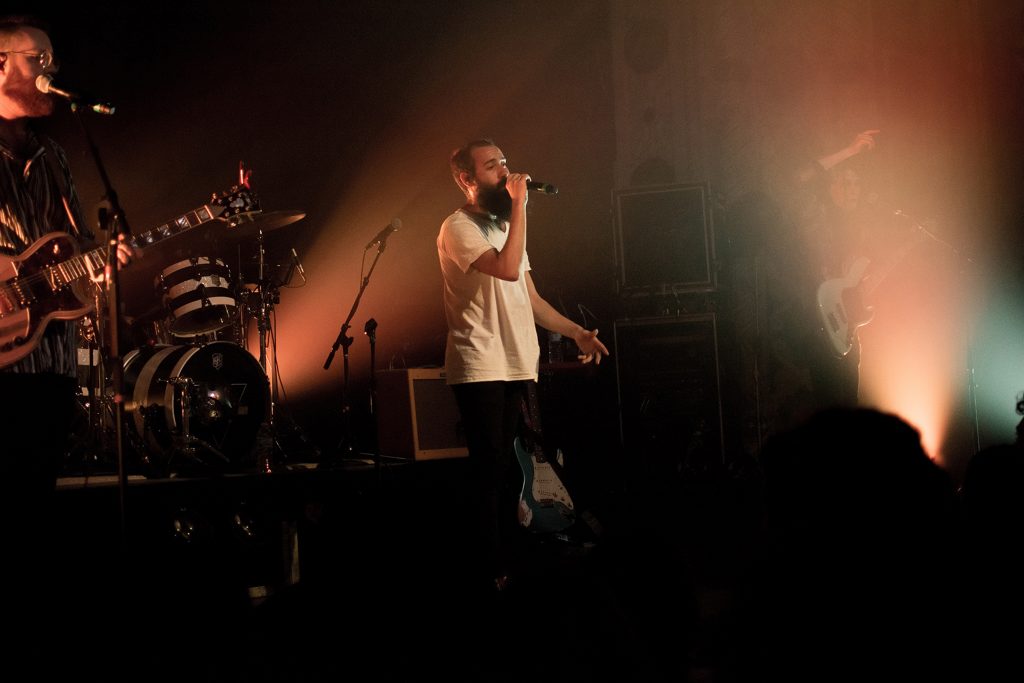 Saturday’s Rainbow Kitten Surprise show at Metro Chicago had a nostalgic start for me. The opening band, Caamp, actually came to fruition at my alma mater: Upper Arlington High School in Columbus, Ohio. Founded by Taylor Meier and Evan Westfall, the band first dominated the Columbus and Athens music scenes before touring with RKS. They were seniors when I was in eighth grade, so I don’t exactly have any personal experiences with them, but their new-folk sound definitely harkens me back to home – especially their most popular song, “Ohio.” 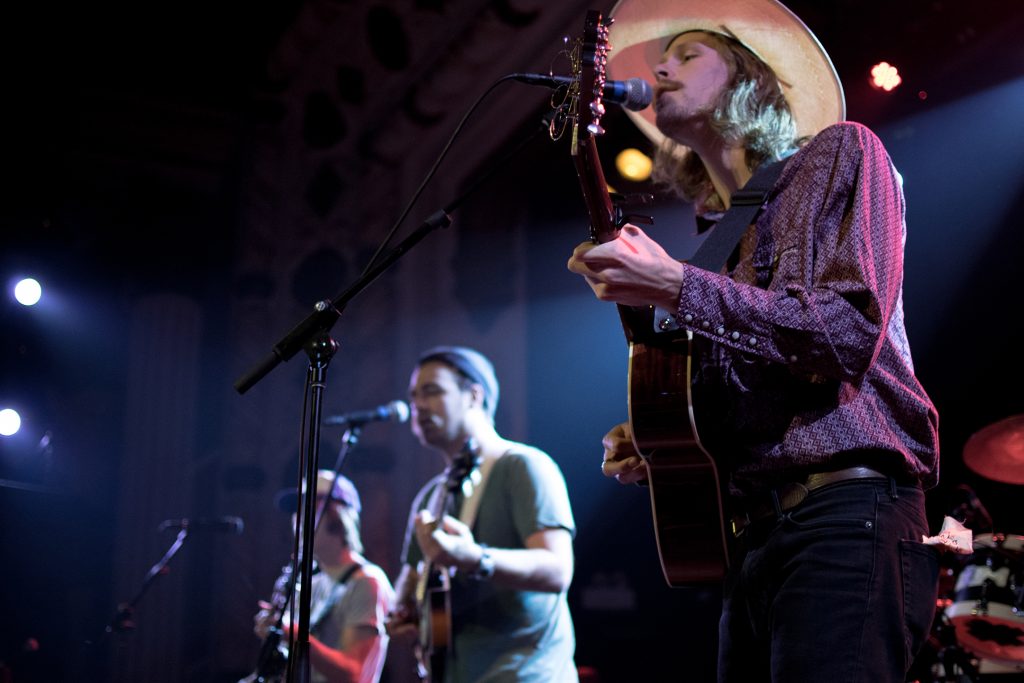 Along with bassist Matt Vinson, Meier and Westfall were met with incredible enthusiasm from the crowd, who clapped along to almost every song and shouted the lyrics. I was surprised at the number of people who knew their stuff, but also extremely proud. Although they sadly did not play “Ohio,” “Iffy” from their self-titled 2016 release proved to be a stand-out, with the audience’s echo of the lyrics, “You’ve stolen and wasted all my time” resounding through the venue. 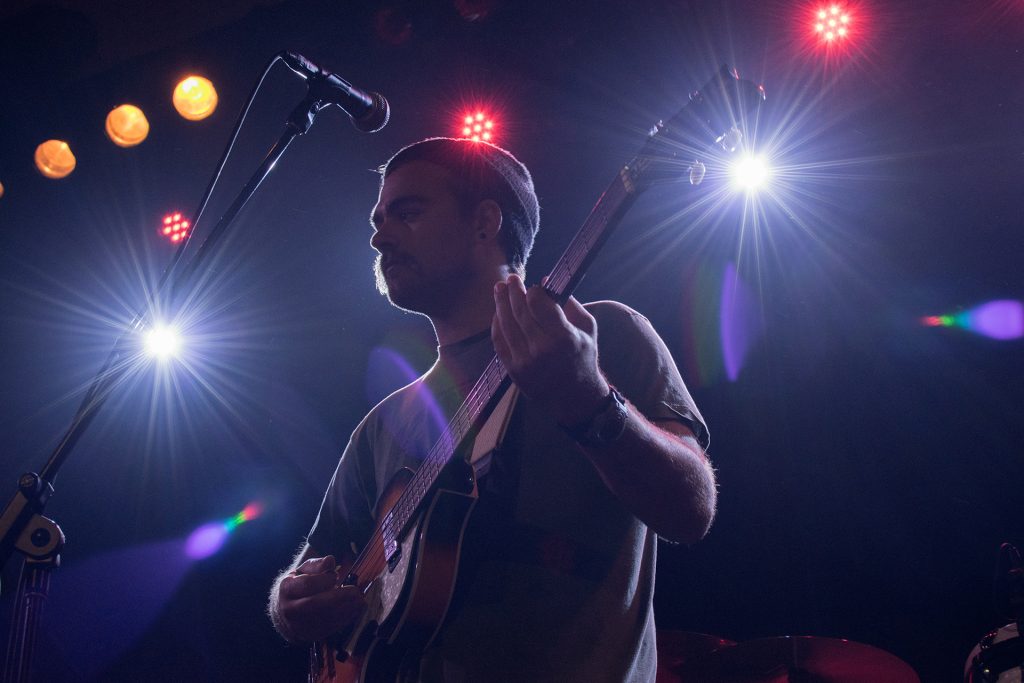 Having seen Rainbow Kitten Surprise twice before, I came into the show with a sense of familiarity, although I was anxious to hear songs from their new album, How To: Friend, Love, Freefall, released April 6. From experience, I already knew about RKS’s insane energy – in particular that of lead singer Samuel Melo. I was not disappointed. His stage presence was undeniable as ever as he jumped and pirouetted across the stage, often gyrating his hips much to the crowd’s amusement. However, I realized that it is the small interactions between the band and the beautiful harmonies sung by almost all five members that make RKS a true must-see. 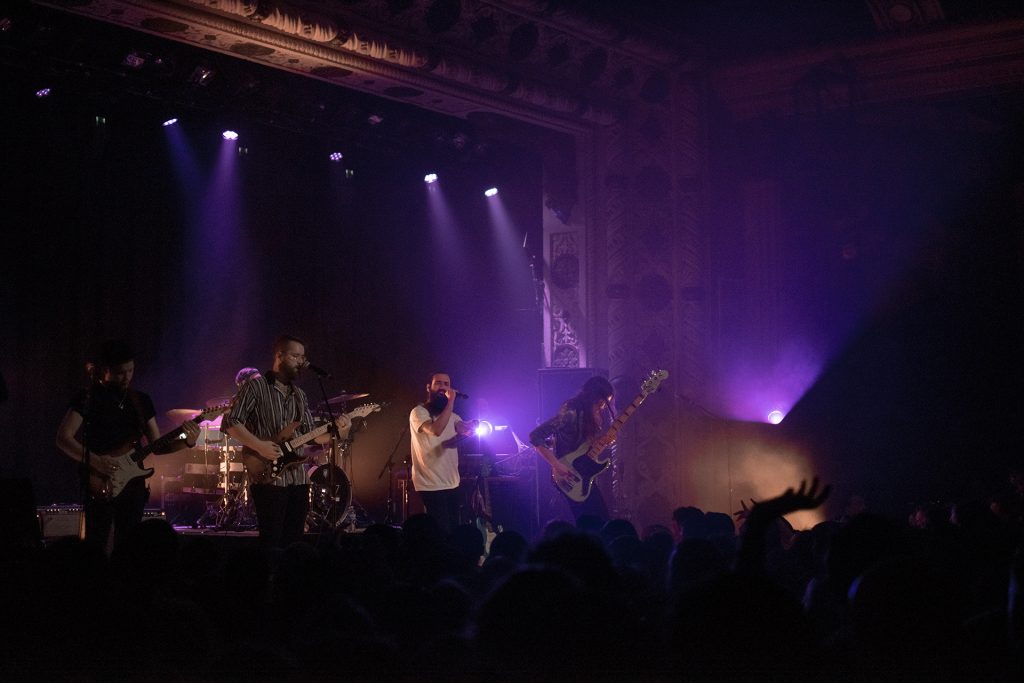 They played a pretty evenly mixed set of their new songs and old classics, with highlights including Melo’s rap verse in “Fever Pitch,” the sensual vibe set by the glorious harmonies on “Lady Lie,” and Melo’s speech about not hiding who you are or who you love before they played “Hide,” a song that Melo admitted is about his own struggles with his sexuality. Ending with “Freefall” off of the new album, the audience roared until RKS came back on, playing “Painkillers,” “Devil Like Me” (during which Melo ripped his shirt open) and ending perfectly with “Goodnight Chicago.”

In a nutshell, RKS delivered an exciting, feel-good performance that left the audience wanting more. Evidently giving their all in order to share the experience of live music with their fans, RKS is without a doubt one of the most thrilling and satisfying live acts on the scene right now.