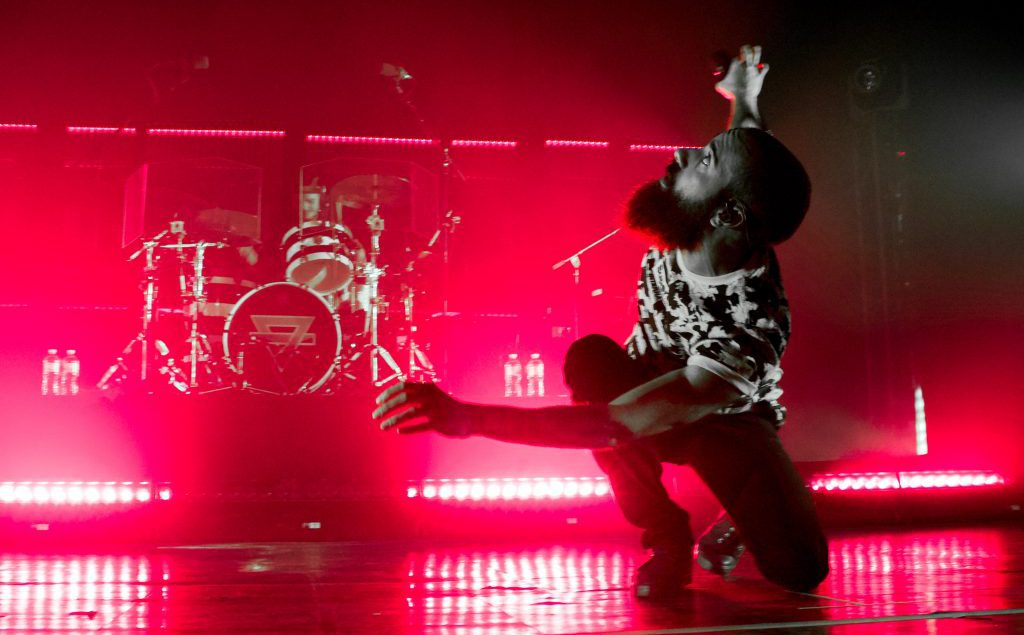 Their music has been a significant component of every Spotify playlist I’ve made, possibly ever, my friends and I have spent many a car ride singing “Fever Pitch,” I admire their unique sound and am uncontainably proud of their success. “Cocaine Jesus” came across my shuffle as I was writing this.

Which is why I’m having trouble writing this review, because their performance at the Riv lacked something for me. It felt a little…off. 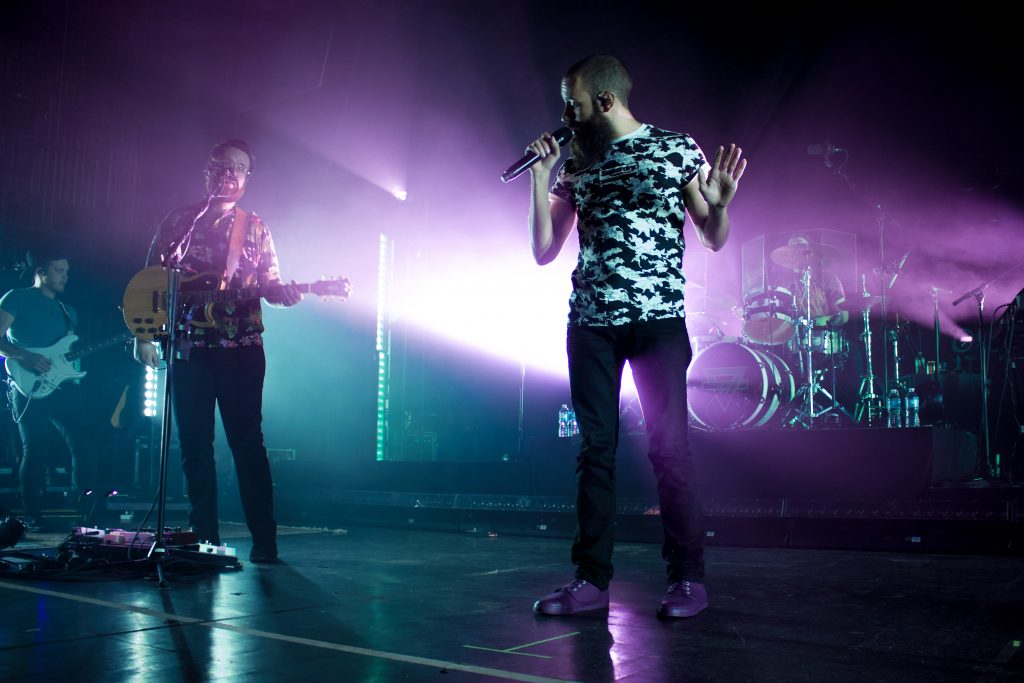 Granted, there were technical issues with one of the microphones before the show could even get started, forcing them to take the stage 30 minutes late. This surely contributed to a sense of antsiness among the crowd, yet when they did appear, they did so with full-energy and a whole-hearted explanation of their tardiness, thanking the crowd for sticking around.

The first two songs, “Matchbox” and “Freefall” were great, yet by the end of the first ten minutes I started to feel weird about what I was seeing. Their performance seemed to lack something genuine. Frontman Sem Melo and guitarist Darrick “Bozzy” Keller (the two founding members) frequently broke into what I assume were supposed to be heartfelt, tender moments between the two, but they seemed so choreographed I couldn’t buy it. Their performance was somehow child-like, with unnecessarily dramatic moments: like they were trying to synthesize emotions that they weren’t really feeling. Maybe it was a lack of comfort being in front of an audience, but I felt as though I wasn’t really seeing the people that make up RKS, I was watching characters try to act like what they thought the audience expected from them. And unfortunately, this unnatural performance made the set seem repetitive, almost like watching bad theatre. I hate to say it, but I found myself checking the set list to see how many songs we had left. 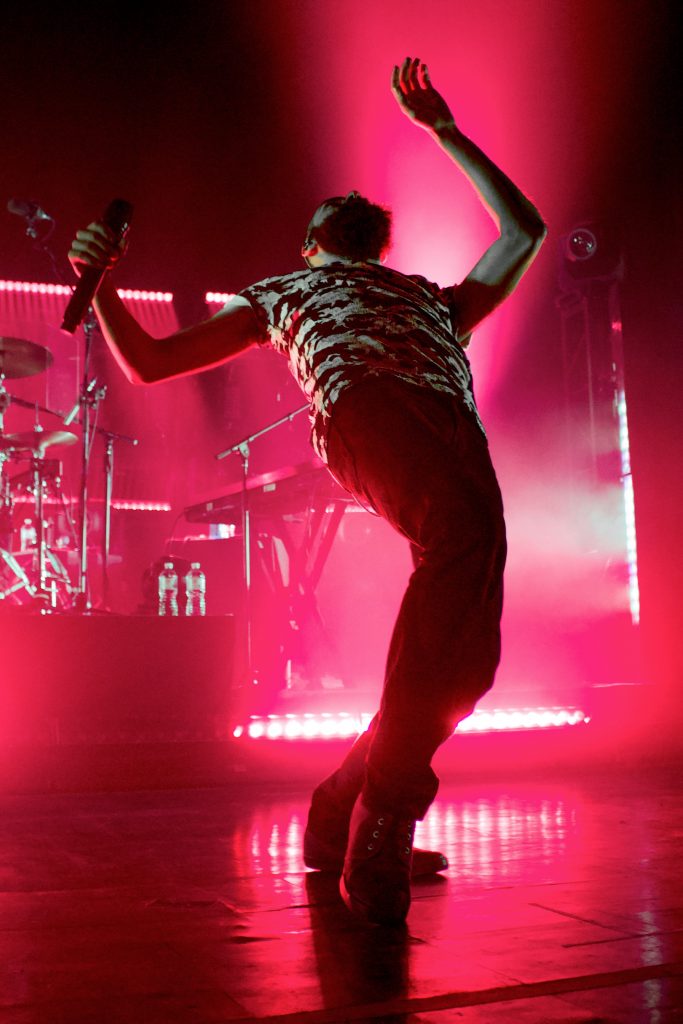 There is good news though! Their music was still incredible, with chilling harmonies from Keller and bassist Charlie Holt, an absolutely lovely acoustic “First Class,” mesmerizing lightwork, and a sincere “thank you” from Melo to the entire production crew, all the way down to the people working the merch table. The encore was super fun, with “Fever Pitch” and an rejuvenating “Run” to finish in which guitarist Ethan Goodpaster used a beer bottle as a slide while hovering over the audience at barrier.

In the end, I still enjoy Rainbow Kitten Surprise. I’m not going to stop keeping their discography on a lifelong repeat. And I look forward to seeing them continue to grow as musicians and become more comfortable in their live performances, enough to let their true, authentic selves show.